First up is the announcement that there has been broad adoption of its next-generation H100 Tensor Core GPUs and Quantum-2 InfiniBand, including new offerings on Microsoft Azure cloud and more than 50 new partner systems for accelerating scientific discovery. 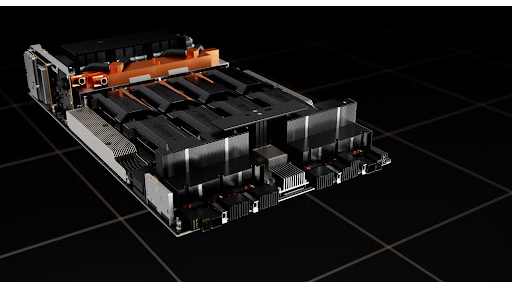 NVIDIA released significant updates to its cuQuantum, CUDA, and BlueField DOCA acceleration libraries and announced support for its Omniverse simulation platform on NVIDIA A100- and H100-powered systems. H100, Quantum-2, and the library updates are all part of NVIDIA’s HPC platform. The HPC platform includes a full technology stack with CPUs, GPUs, DPUs, systems, networking, and a broad range of AI and HPC software providing researchers the ability to efficiently accelerate their work on powerful systems, on-premises, or in the cloud.

ASUS, Atos, Dell, HPE, Lenovo, and Supermicro are just a few of the NVIDIA partners to announce H100-powered servers. A five-year license for NVIDIA AI Enterprise is included with every H100 PCIe GPU. This ensures organizations have access to the AI frameworks and tools needed to build H100-accelerated AI solutions, from medical imaging to weather models to safety alert systems and more. 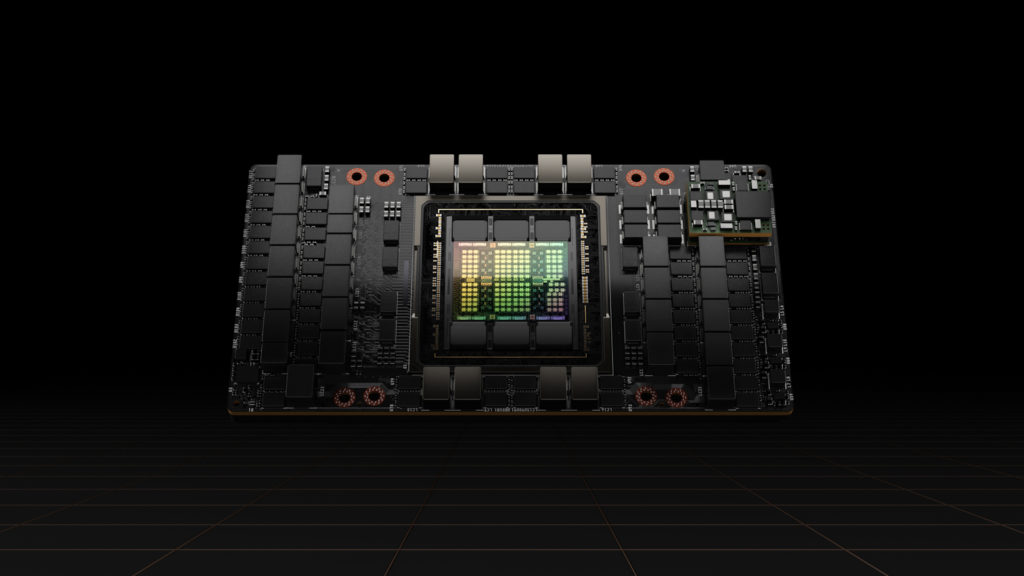 Among the wave of new systems is the Dell PowerEdge XE9680, also announced during SC22, which tackles the most demanding AI and high-performance workloads. This is Dell’s first eight-way system based on the NVIDIA HGX platform purpose-built for convergence of simulation, data analytics, and AI. 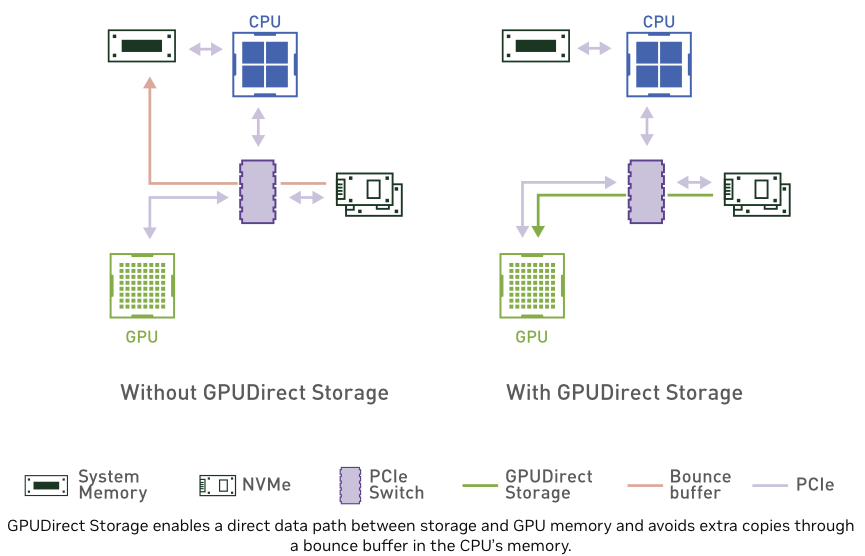 To help boost scientific discovery, NVIDIA has released significant updates to its CUDA, cuQuantum, and DOCA acceleration libraries, including: 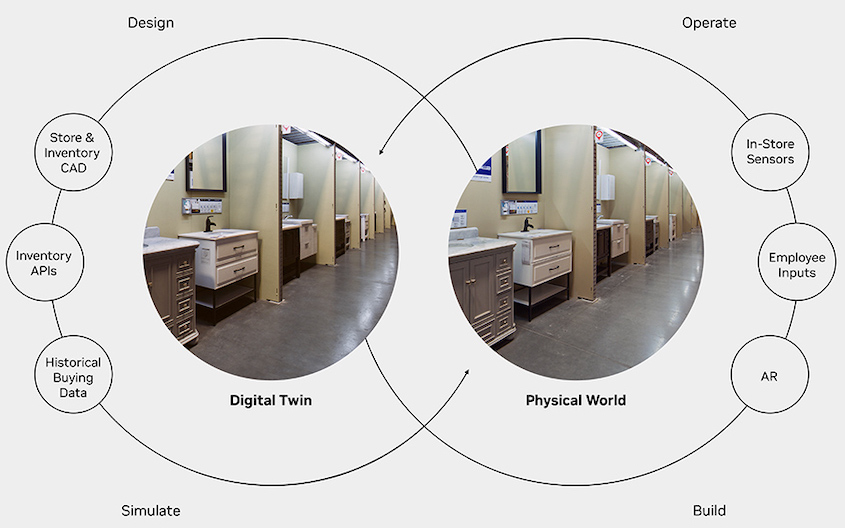 Omniverse now supports batch workloads that AI and HPC researchers, scientists, and engineers can run on their existing A100 or H100 systems.

Argonne National Laboratory is using NVIDIA Omniverse on its A100-powered Polaris supercomputer to connect its legacy visualization tools as a first step to developing the foundations for future digital twins.

These new features are now supported in NVIDIA Omniverse and available for developers and enterprises.

Universities and enterprises sharing work over long distances require a common language and secure pipeline to get every device, from microscopes and sensors to servers and campus networks, to see and understand the transmitted data. The increasing amount of data that needs to be stored, transmitted, and analyzed only compounds the challenge.

NVIDIA is addressing the problem by introducing a high-performance computing platform that combines edge computing and AI to capture and consolidate streaming data from scientific edge instruments allowing the devices to talk to each other over long distances. 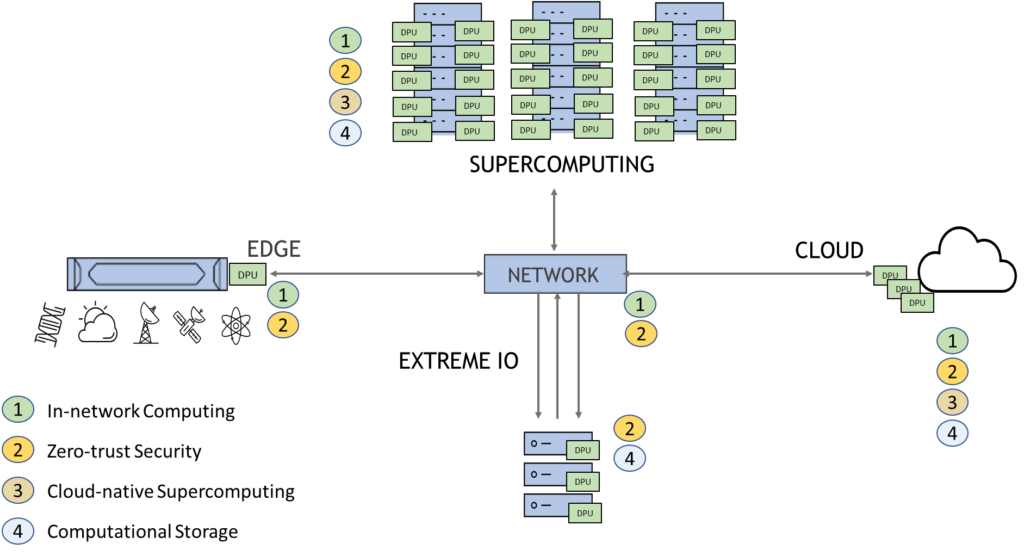 The platform consists of three major components, NVIDIA Holoscan, MetroX-3, and NVIDIA BlueField-3 DPUs. NVIDIA Holoscan is a software development kit that data scientists and domain experts can use to build GPU-accelerated pipelines for sensors that stream data. MetroX-3 is a new long-haul system that extends the connectivity of the NVIDIA Quantum-2 InfiniBand platform. And NVIDIA BlueField-3 DPUs provide secure and intelligent data migration. 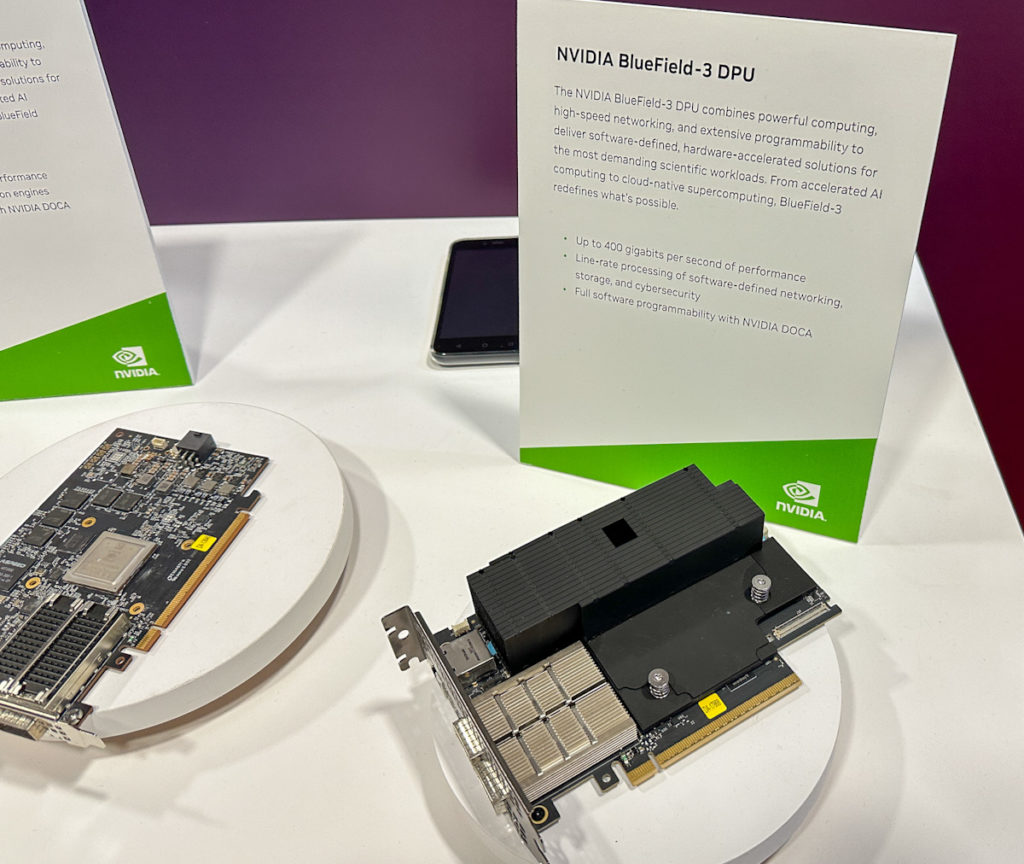 Researchers can use the new NVIDIA platform for HPC edge computing to securely communicate and collaborate on solving problems and bring their disparate devices and algorithms together to operate as one large supercomputer.

Holoscan for HPC at the Edge

NVIDIA Holoscan for HPC includes new APIs for C++ and Python that HPC researchers can use to build sensor data processing workflows that are flexible enough for non-image formats and scalable enough to translate raw data into real-time insights.

Holoscan also manages memory allocation to ensure zero-copy data exchanges, so developers can focus on the workflow logic and not worry about managing file and memory I/O.

The new features in Holoscan will be available to all the HPC developers next month.

The NVIDIA MetroX-3 long-haul system, available next month, extends the latest cloud-native capabilities of the NVIDIA Quantum-2 InfiniBand platform from the edge to the HPC data center core. It enables GPUs between sites to securely share data over the InfiniBand network up to 25 miles (40km) away. 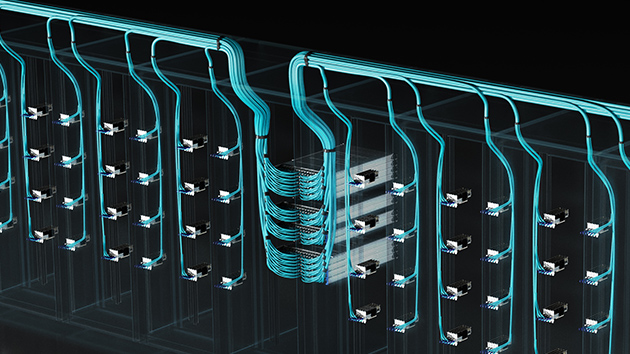 Data center operators can provision, monitor, and operate across all the InfiniBand-connected data center networks by using the NVIDIA Unified Fabric Manager to manage their MetroX-3 systems.

Omniverse now lets data center operators aggregate real-time input from their core third-party computer-aided design, simulation, and monitoring applications so they can see and work with their complete datasets in real time.

The SC22 Omniverse demo shows how Omniverse allows users to tap into the power of accelerated computing, simulation, and operational digital twins connected to real-time monitoring and AI. This enables teams to streamline facility design, accelerate construction and deployment, and optimize ongoing operations.

The demo also highlighted NVIDIA Air, a data center simulation platform designed to work with Omniverse to simulate the network. With NVIDIA Air, teams can model the entire network stack, allowing them to automate and validate network hardware and software prior to bring-up.

In planning and constructing one of NVIDIA’s latest AI supercomputers, multiple engineering CAD datasets were collected from third-party industry tools such as Autodesk Revit, PTC Creo, and Trimble SketchUp. This allowed designers and engineers to view the Universal Scene Description-based model in full fidelity, and they could collaboratively iterate on the design in real time.

PATCH MANAGER is an enterprise software application for planning cabling, assets, and physical layer point-to-point connectivity in network domains. With PATCH MANAGER connected to Omniverse, the complex topology of port-to-port connections, rack and node layouts, and cabling can be integrated directly into the live model. This enables data center engineers to see the full view of the model and its dependencies.

To predict airflow and heat transfers, engineers used Cadence 6SigmaDCX, a software for computational fluid dynamics. Engineers can also use AI surrogates trained with NVIDIA Modulus for “what-if” analysis in near-real time. This lets teams simulate changes in complex thermals and cooling, and they can see the results instantly.

And with NVIDIA Air, the exact network topology — including protocols, monitoring, and automation — can be simulated and prevalidated.

Once a data center is constructed, its sensors, control system, and telemetry can be connected to the digital twin inside Omniverse, enabling real-time monitoring of operations.

Engineers can simulate common dangers such as power peaking or cooling system failures with a perfectly synchronized digital twin. Operators can benefit from AI-recommended changes that optimize for key priorities like boosting energy efficiency and reducing carbon footprint. The digital twin also allows them to test and validate software and component upgrades before deploying to the physical data center.