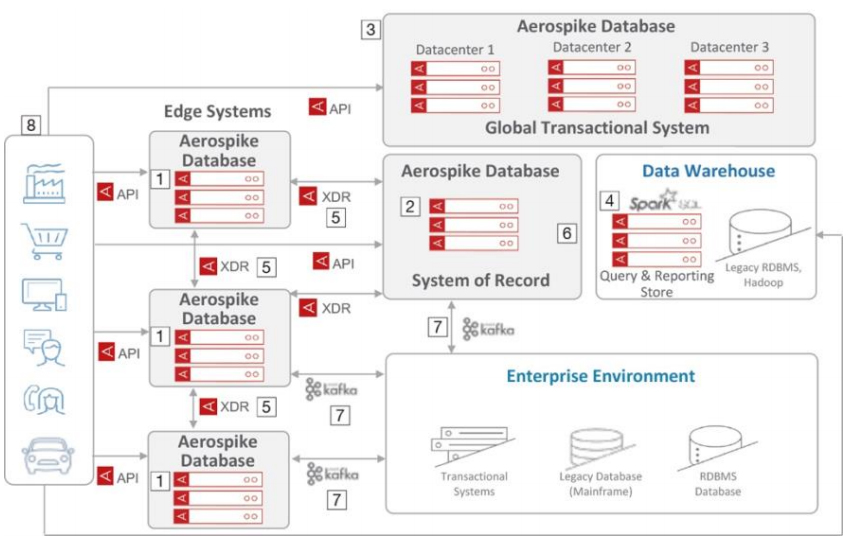 According to the company, the new release will feature significant performance improvements to Aerospike Cross Data Center Replication (XDR). Current versions of Aerospike Database already automatically route and augment data captured at the edge of the data center to wherever needed. Aerospike’s XDR feature even supports routing data to third party repositories, a rarity in a world where some days it seems like every vendor wants to lock you into their ecosystem.

Aerospike has been willing to share some details of their planned feature enhancements for the new version. According to the company, version 5 of Aerospike Database will deliver better management and control of asynchronous replication of data. Asynchronous replication of data is one of the things Aerospike XDR feature provides, so it looks like the company is focusing hard on improvements in that area for the upcoming release. A host of bug fixes have already gone into their codebase on GitHub, in preparation for the 5.0 version. In addition, they’ve also increased the number of addresses supported per-interface from twenty to one hundred.

Aerospike Database 5 is slated for GA this month, the last two big releases were in December 2018, December 2019. The main new feature in the 4.8 release last December was adding support for storing record data in Intel Optane DC Persistent Memory (PMEM).