Home Enterprise In the Lab: Upgrade to VMware vSphere 6.7
EnterpriseIn the Lab

In the Lab: Upgrade to VMware vSphere 6.7

With the recent launch of VMware's vSphere 6.7, we used some time last night to upgrade our main testing equipment. This included many of our Dell PowerEdge R730s and Dell PowerEdge R740xds which received firmware upgrades at the same time. To make all of this as painless as possible, we leveraged Dell's Lifecycle Controller for all things firmware on our servers, and VMware's upgrade tools for our vCSA and ESXi hosts. In this article we cover the steps we used to update and upgrade our servers.

With the recent launch of VMware's vSphere 6.7, we used some time last night to upgrade our main testing equipment. This included many of our Dell PowerEdge R730s and Dell PowerEdge R740xds which received firmware upgrades at the same time. To make all of this as painless as possible, we leveraged Dell's Lifecycle Controller for all things firmware on our servers, and VMware's upgrade tools for our vCSA and ESXi hosts. In this article we cover the steps we used to update and upgrade our servers. 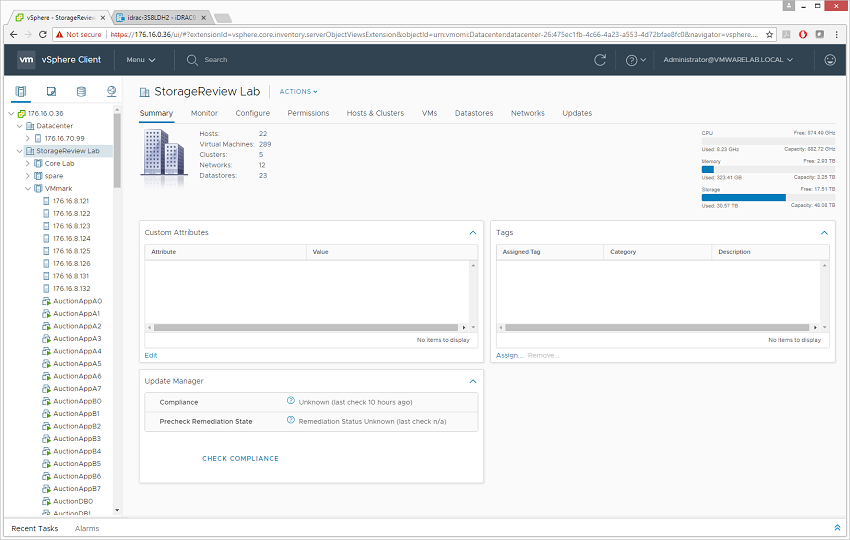 Many of our servers have been in a holding spot since the main Intel Spectre and Meltdown issues came about. With performance concerns cropping up, we held back to not create a shift between old and new reviews in regards to benchmarking numbers. With VMware's VMmark benchmark though, they are making the updates mandatory now, so we used this as our tear off the band aid moment to upgrade everything in one quick process. For our servers, the updating process is very easy using Dell's Lifecycle Controller, which requires minimal user effort to upgrade firmware versions across all the hardware installed in the server (OEM hardware that is). Simply reboot the server with "Lifecycle Controller" as the next boot option, and have it load up that software for you. The only requirement for most people is access to the internet to pull software Dell. Another perk is access to this software doesn't require any existing service or support contract. 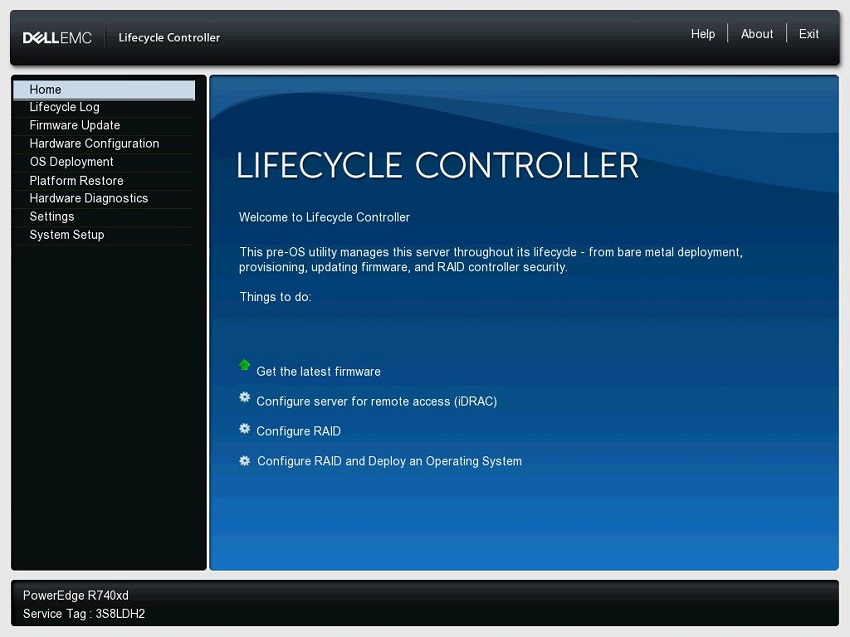 Follow the screen for the firmware update process. The server for the FTP settings most people should use is "ftp.dell.com". When you click next, the server polls the library of available software updates against what is installed in the server and presents you with a massive list of available update options. Everything is optional, so if you want to just update one or two things, you can do that. 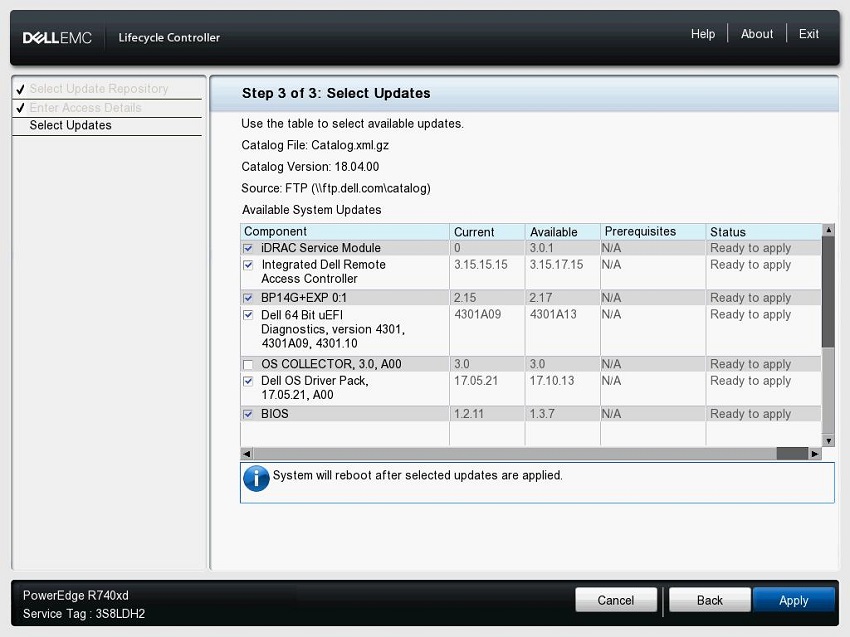 On the current system, you can see updates for the iDRAC Service Module, SAS backplane, onboard diagnostics, the OS Driver Pack and of course the BIOS. Other items were also in this list, although shown is what was the bulk of it. At this stage you select the items you want and click apply. At that point you sit back and watch/relax as the server handles the rest, including rebooting the server for you. Once complete, it boots back into the LifeCycle Controller, where you can exit out of it back into your installed platform. 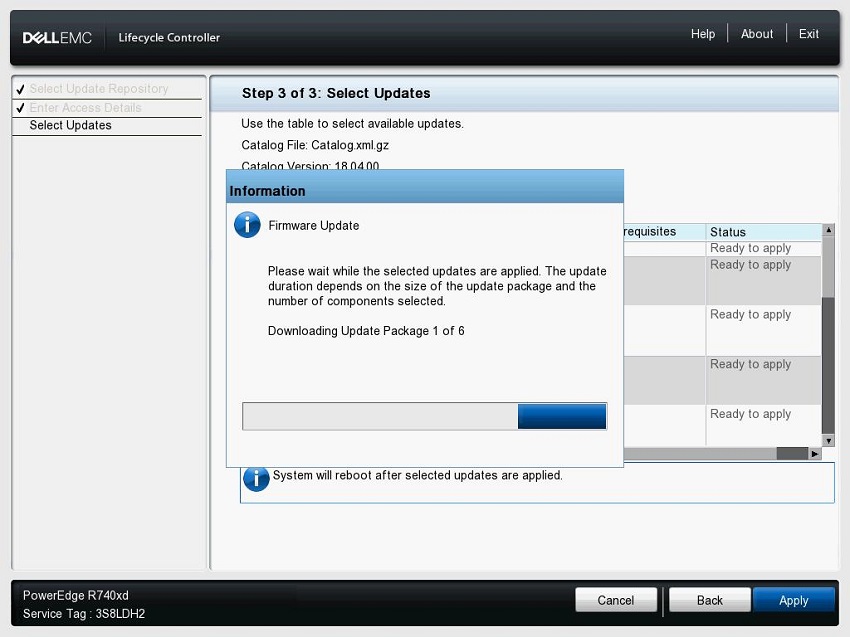 With the server upgrades sorting themselves out, the remaining work was left to VMware's software tools. Our current lab layout leverages VMware's vCenter Appliance or vCSA, which can be easily upgraded and deployed in place. The latest software includes such a feature where it will deploy itself on the side, copy all the settings and historical information over, and migrate all servers over to the updated vCenter environment. 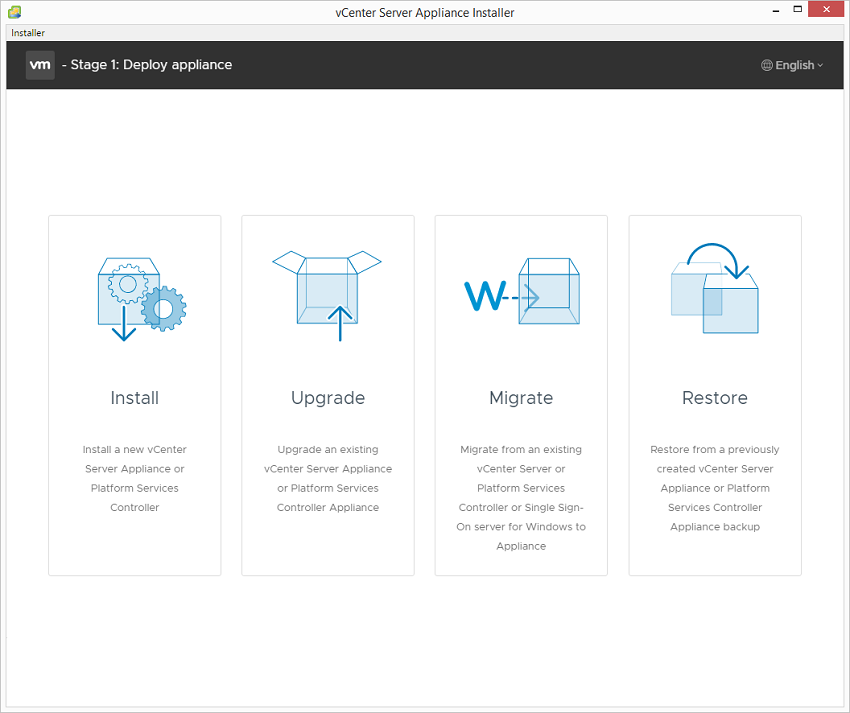 This two-step automated process takes 30-60 minutes depending on the speed of the underlying hardware, but is very painless to handle. If you are upgrading to ESXi 6.7, you need to make sure vCenter can talk with the new servers first. 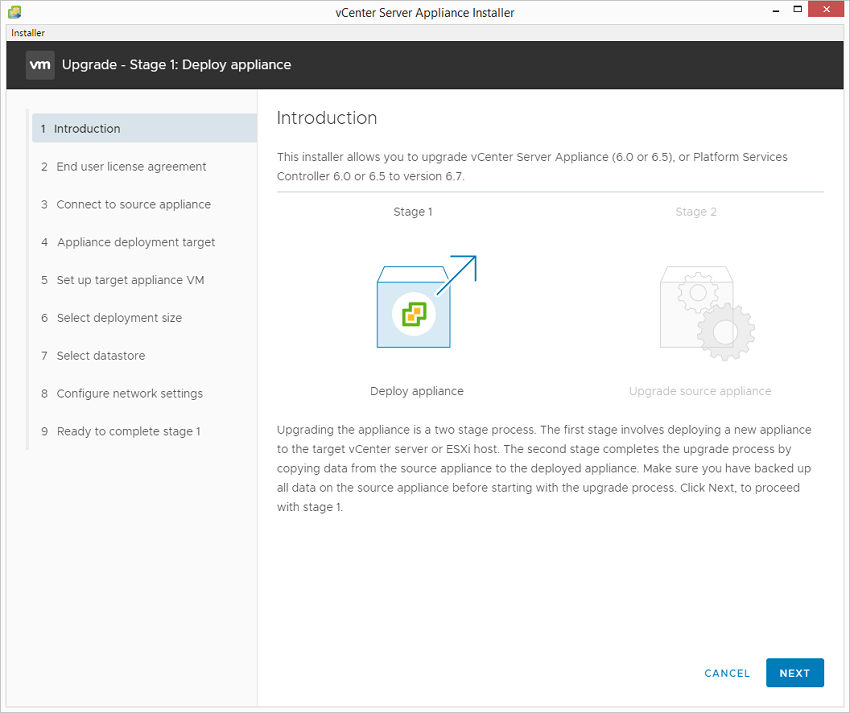 With the new VMware vCSA in place, we turned to upgrading the server software. This is one area VMware's Update Manager can really save you a bunch of time. By importing the ESXi images you want to leverage, you can assign baselines to what servers should be running, and mitigate or upgrade those that are lagging behind. We imported Dell's customized ESXi image "VMware-VMvisor-Installer-6.7.0-8169922.x86_64-DellEMC_Customized-A00" and assigned it as the baseline image in our environment. 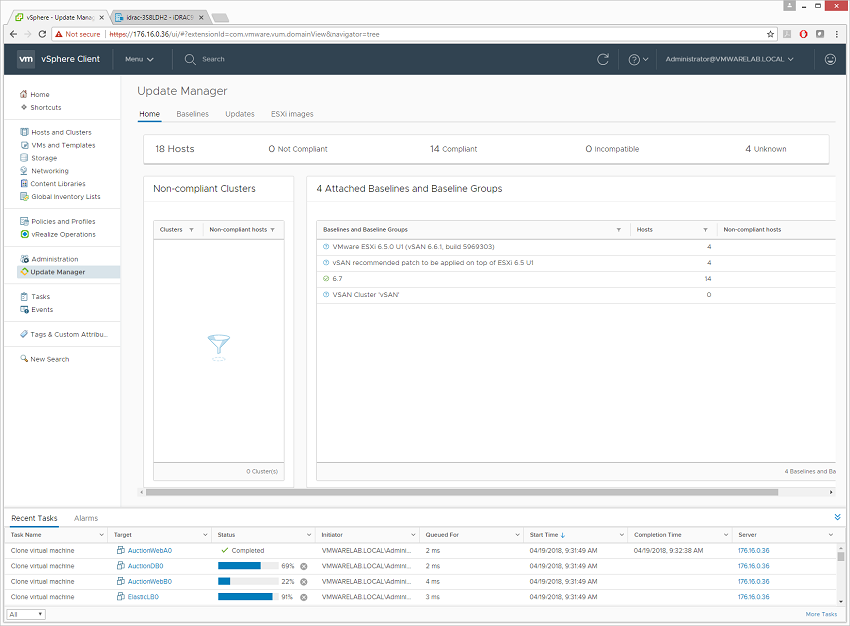 One by one, you go to each host, assign the image and if the software doesn't match you click remediate. vCenter handles the rest by placing the server in maintenance mode, applying the update, rebooting the server and bringing it out of maintenance mode. In a few minutes time each server is upgraded to the newest ESXi version, in our case shiny and new 6.7, and barely any user input was required. Just don't brag about how easy it was, because someone might realize you could be doing more work in your idle time. 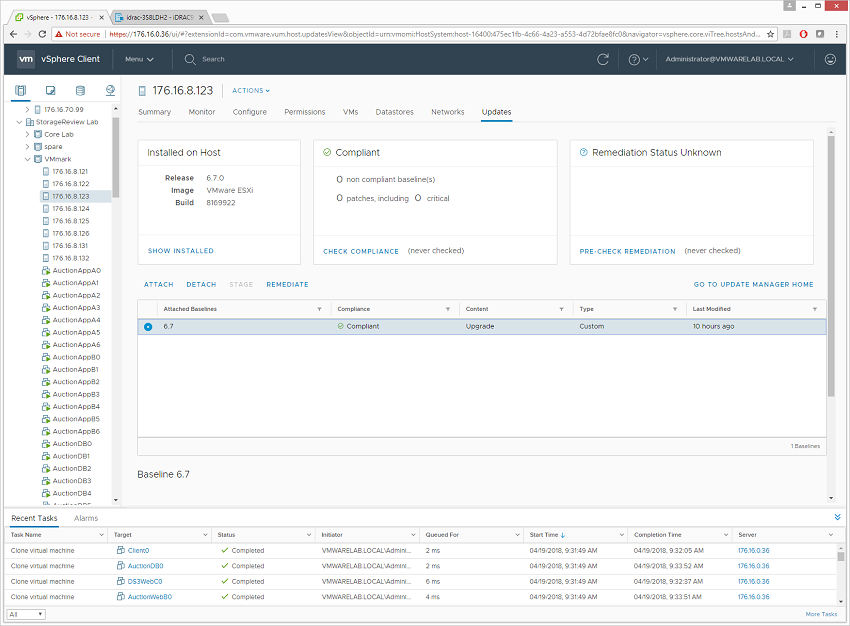 Overall the process to get our servers and VMware environment updated and upgraded was as painless as can be. The automated tools from both Dell EMC and VMware helped make this entire process one that took a few hours instead of multiple days. Most of the time the work was completing unattended, allowing us to focus our attention elsewhere on more productive items.