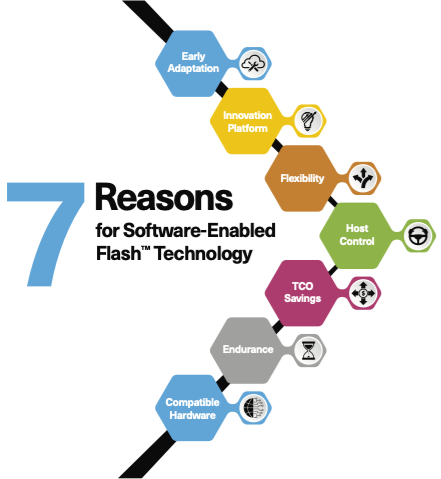 Cloud service providers are expanding their services to meet growing customer demand for architectures that can scale quickly and efficiently, including performance predictability and uniform behavior. Solid state storage, with its ability to quickly scale out, is becoming the dominant form of active storage used by hyperscale cloud service providers. The issue with this model is that solid-state storage (driven by flash memory) and hard drives read and write data in a fundamentally different manner, but operating systems tend to treat them the same.

SSDs were developed to make flash memory appear and behave like hard drives for easy customer adoption. Initially, and in normal conditions, SSDs behaving like HDDs work without noticeable performance disruptions. But at a hyperscale level, even minor disruptions can be significant and result in severe system performance degradation.

The project was created to benefit the storage developer community with a vendor-agnostic, flexible solution to meet the evolving requirements of the modern data center. By unlocking the full power of flash, this technology breaks free from legacy HDD protocols and creates a platform, specific to flash media in a hyperscale environment.

“Software-Enabled Flash technology fundamentally redefines the relationship between the host and solid-state storage, offering our hyperscaler customers real value while enabling new markets and increasing demand for our flash solutions. By delivering the ability to flexibly deploy and manage flash-based storage and get the maximum value out of it, we are making good on our promise to improve flash efficiencies in hyperscale data centers.”