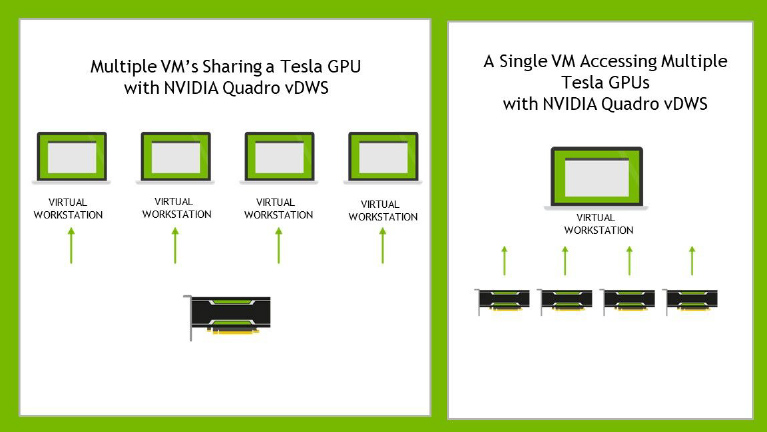 Using two Tesla V100 GPUs, creative professional working on remote, virtual workstations are able to render compelling, realistic visualizations – up to 94% faster. Compared to a CPU-only system, utilizing two Tesla V100s enables engineers and designers to reduce their time to market and can complete simulations up to 7 times faster. Additionally, professionals are able to work at remote locations while their IP and their work are secured in the data center.