NVIDIA used the SIGGRAPH conference to announce a wide range of developer frameworks, tools, apps, and plugins for NVIDIA Omniverse, the platform for building and connecting metaverse worlds based on Universal Scene Description (USD).

NVIDIA used the SIGGRAPH conference to announce a wide range of developer frameworks, tools, apps, and plugins for NVIDIA Omniverse, the platform for building and connecting metaverse worlds based on Universal Scene Description (USD).

Omniverse is a multi-GPU scalable computing platform for creating virtual worlds. It is used globally by about 700 companies to enhance architectural and product design, simplify visual effects workflows and build digital twins of factories, cities, and the planet. 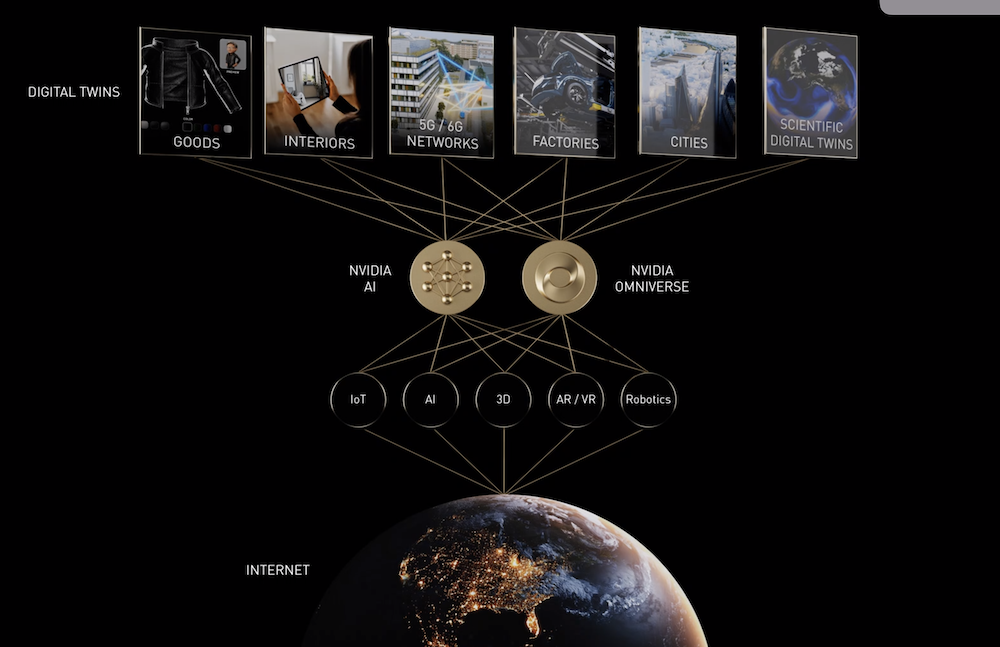 The Omnivers expansion includes several AI-powered tools and features that deliver artists, developers, and engineers the power to build virtual worlds and content easier and more seamlessly connect to leading 3D applications such as PTC Creo, SideFX Houdini, and solutions from the Siemens Xcelerator platform.

“The metaverse is a multitrillion-dollar opportunity that organizations know they can’t ignore, but many struggle to see a clear path forward for how to engage with it. NVIDIA Omniverse closes the gap between the physical and virtual worlds, and these new tools, technologies, and collaborations make it possible to leap into the 3D internet today.”

Additionally, NVIDIA Modulus, a physics machine-learning framework, is newly available as an Omniverse Extension. Modulus-trained Physics ML models are 4,000x and even 100,000x faster depending on the application, delivering near-real-time performance while providing unprecedented accuracy closer to high-fidelity simulations. Modulus is one of the cornerstones of scientific digital twins, including NVIDIA’s Earth-2.

Building the Metaverse with USD Connectors

As part of a collaborative effort with its partners in the industrial, design, simulation, and CAD software ecosystems, NVIDIA unveiled 11 new Omniverse Connectors, which are USD-based plugins, expanding Omniverse workflows to companies in the industrial and scientific communities, bringing the total number of Connectors to the Omniverse USD ecosystem to 112.