NVIDIA Promises Titan RTX Before The End Of 2018

NVIDIA announced that it planned to make their new GPU; the Titan RTX, available in the USA and Europe by the end of the month. It will use NVIDIA’s Turing architecture and deliver 130 TFLOPS of tensor performance.

NVIDIA announced that it planned to make their new GPU; the Titan RTX, available in the USA and Europe by the end of the month. It will use NVIDIA’s Turing architecture and deliver 130 TFLOPS of tensor performance. 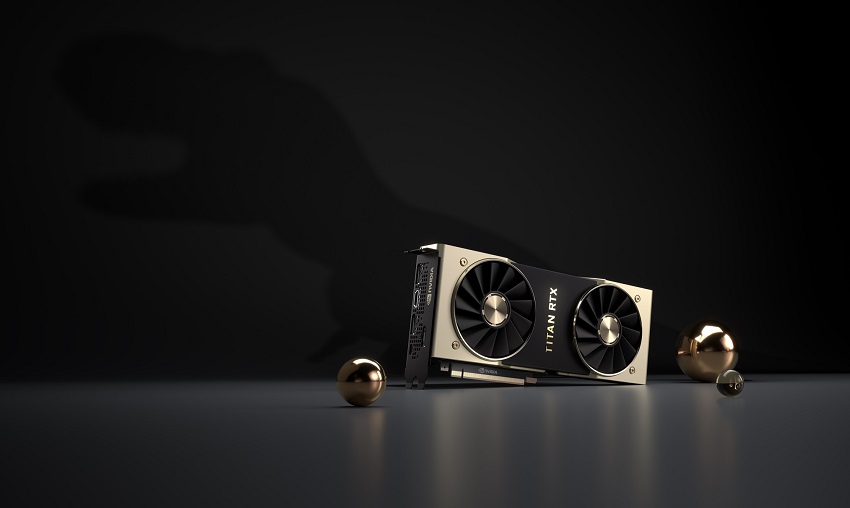 While suitable for a graphic editing workstation, NVIDIA is focusing this release more on AI researchers and others with a need for serious FP32 performance. TITAN RTX provides multi-precision Turing Tensor Cores featuring full speed throughput from FP32, FP16, INT8 and INT4, allowing faster training and inference of neural networks. With 24 GB GDDR6 it offers twice the memory capacity of previous generation TITAN GPUs to allow researchers to experiment with larger neural networks and data sets. Unlike the Titan V, the RTX supports NVLink so users can scale up by adding a second RTX.

Signaling that NVIDIA may be hoping some home users and gaming enthusiast for whom cost is truly not an object will buy the Titan RTX it comes with a fairly standard port arrangement for NVIDIA. Notably, the USB-C port supports the VirtualLink standard for VR headsets. It also has 3 DisplayPort connectors and an HDMI port.

TITAN RTX will be available later this month in the U.S. and Europe for $2,499.