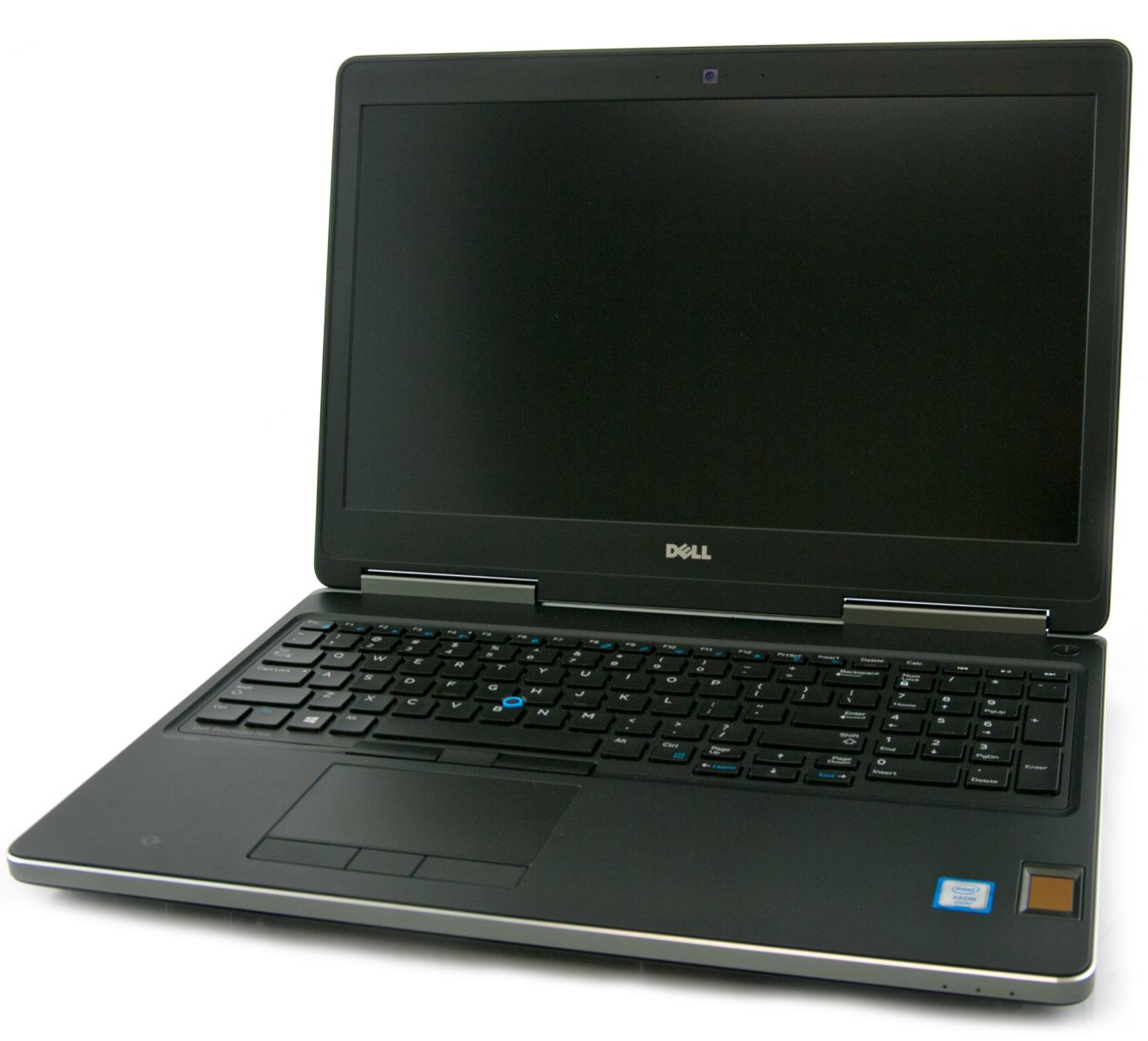 The Dell Precision 15 7510, just like the tower form-factor Precision Tower 7810 we reviewed last year, is a performance-driven workstation that is equipped with some serious processing capabilities. It leverages 6th Generation Intel Core i5 and i7, and the industry’s first ever mobile Intel Xeon processor, giving users options for virtually any power requirements they need. If you couple this with its maximum of 64GB of DDR4-2133MHz RAM, this mobile workstation packs quite the performance punch.

The Dell Precision 15 7510, just like the tower form-factor Precision Tower 7810 we reviewed last year, is a performance-driven workstation that is equipped with some serious processing capabilities. It leverages 6th Generation Intel Core i5 and i7, and the industry’s first ever mobile Intel Xeon processor, giving users options for virtually any power requirements they need. If you couple this with its maximum of 64GB of DDR4-2133MHz RAM, this mobile workstation packs quite the performance punch. 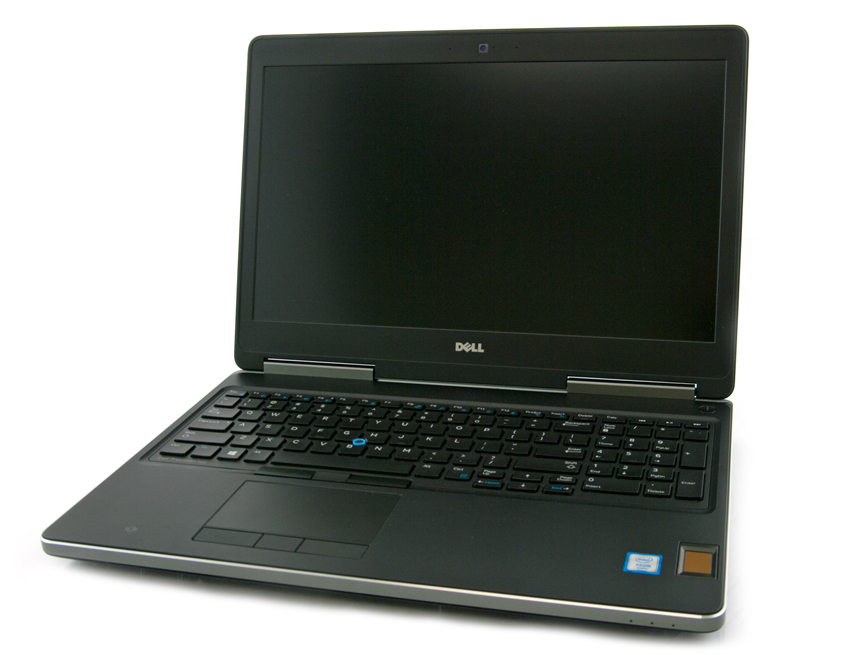 In addition to its focus on pure processing power, the Precision 7510 sports a very slick-looking chassis that uses premium materials that have been put through MIL-STD 810G testing. Relatively thin and light by workstation standards, the Precision 7510 also features a 4K Ultra HD display with over 8 million pixels, which allows us to see all of our Ultra-HD movies or photos in refined detail. Under the hood lies either a professional-grade AMD FirePro or NVIDIA Quadro GPU (depending on which build you choose), which can host up to 4GB of GDDR5 memory to tackle virtually any 3D rendering projects as well as other graphics-intensive duties.

As far as storage goes, the Precision 15 7510 supports one M.2 PCIe SSD and one 2.5” PCIe/SATA drive with a generous 3TB in total system storage when combined. One of the biggest draws of Dell’s workstation is that it is also compatible with NVMe technology, which is capable of blistering performance based on our previous reviews of NVMe drives.

As with most of the Precision line, the 7510 is also highly customizable. Below we listed the specifications of the build we are using for our tests though lower priced models are available. Our set up costs approximately $3,270, which includes a 3-year Hardware Service plan with Onsite/In Home Service.

Equipped with a 15-inch screen, the Dell Precision 7510 is a nice looking mobile workstation, with its redesigned matte-black chassis. Not only has Dell made a slick looking device, but they put it through MIL-STD 810G testing, a United States Department of Defense approved test that ensures equipment is up to snuff. This means that the 7510 will remain durable and reliable for virtually every business use case. 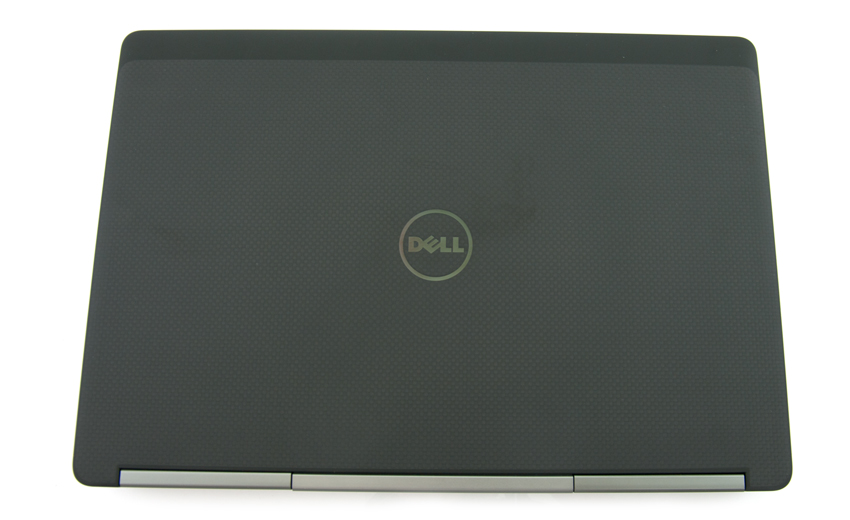 As far as connectivity and ports go, most of them are found on the side of the Precision 7510. On the left is the SD Memory card reader (SD, SDHC, SDXC, supporting up to 64GB), headphone jack, three USB 3.0 ports, and security lock. On the other side is the USB-C port (which is an optional add-on), HDMI port, and Mini display-port connector. The 4th USB 3.0 port is also located here. On the back are the RJ45 and power adapter ports. 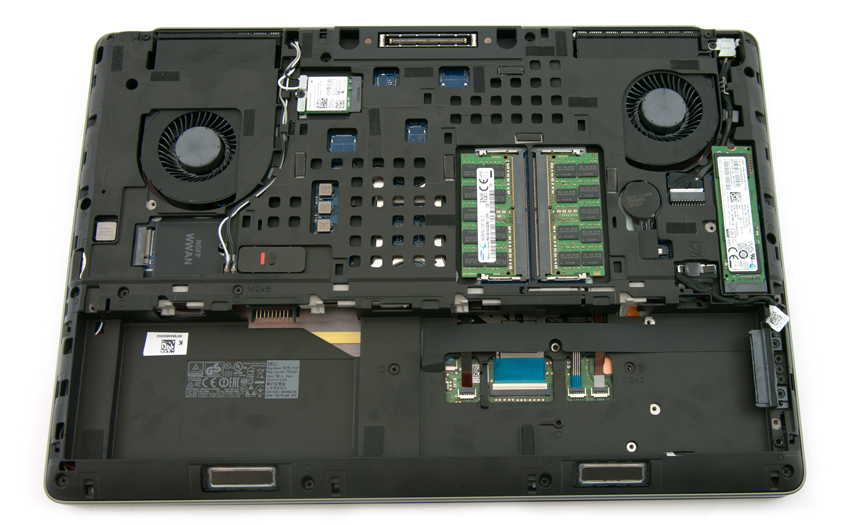 In order to test the Dell Precision 7510 mobile workstation we have focused on tests that demonstrate how the Precision 7510 performs in graphics-intensive workloads as well as a storage test to show the benefits of its PCIe SSD boot drive. We will be nominally comparing these benchmarks to another Dell product, the Dell Inspiron 7559. While not in the same class, the delta between the two helps to provide perspective for what the Precision is capable of.

With this review we're introducing a new application benchmark targeted to a very specific use case. ESRI is the Environmental Systems Research Institute and a supplier of Geographic Information System (GIS) software. ESRI’s Performance team designed their PerfTool add-in scripts to automatically launch the ArcGIS Pro. This application uses a “ZoomToBookmarks” function to browse various pre-defined bookmarks and create a log file with all the key data points required to predict the user experience. The script automatically loops the bookmarks 3 times to account for caching (memory and disk cache). In other words, this benchmark simulates heavy graphical use that one might see through ESRIi’s ArcGIS software. One can make the leap that similar graphic intensive programs, such as Autodesk’s AutoCAD, will fare closely with the results in this benchmark.

The Precision 7510 in our setup came with an NvVIDIA Quadro M2000M 4GB GDDR5 video card, which is the upper model of the 15” platform graphic cards. The Inspiron is a light consumer computer and also comes with an NVIDIA graphics card, GeForce GTX 960m. So it is no slouch when it comes to rendering performance, albeit with a different objective in mind. This benchmark looks at several aspects of the ArcGIS program; however, we are most interested in the average of the drawtime, average frames per second (Average FPS), and minimum frames per second (Minimum FPS).

Looking at drawtime, both computers hit almost the same average time, with only hundredths of seconds difference. Average FPS showed the Precision 7510 had the advantage beating out the Inspiron 7559 with a much higher average (roughly 40 FPS over the 7559). Minimum FPS painted a similar picture to the above with the 7510's superior graphics card, CPU, and memory giving the workstation an average FPS 26 higher than the consumer computer.

Based off of MAXON’s animation software Cinema 4D, CINEBENCH evaluates the CPU and graphics performance of various computers. For our testing we looked at both CPU performance as well as graphics card performance (OpenGL). For the CPU test, the benchmark takes all of the processing power to render a photorealistic 3D scene and gives a result in CINEBENCH points (cb), the higher the number the better the score. The Precision 7510 was able to achieve a score of 751 cb compared to the Inspiron’s 465 cb, almost 40% higher.

The next CINEBENCH test looks at graphics cards in OpenGL mode. The test uses a complex 3D scene depicting a car chase (created by renderbaron). The graphics card has to display a huge amount of geometry (nearly 1 million polygons) and textures, as well as a variety of effects, such as environments, bump maps, transparency, lighting and more to evaluate the performance across different disciplines and give a good average overview of the capabilities of the graphics hardware being tested. The results are listed in frames per second (fps) again with the higher the number, the better the score. The Precision 7510 hit 53.86 fps in the OpenGL test which was over 10 fps higher than the Inspiron's 42.33 fps.

The next benchmark is SPECviewperf 12. SPECviewperf states that they are the worldwide standard for measuring graphics performance based on professional applications. SPECviewperf runs 8 benchmarks it calls viewsets that represent graphics content and behavior from actual applications. These viewsets include: CATIA, Creo, Energy, Maya, Mecial, Showcase, Siemens NX, and Solidworks. The Precision 7510 outperformed the Inspiron 7559 in most of the viewsets, some by a huge margin. In the energy, maya, and medical tests the Inspiron just edged out the Precision. In other test such as the Siemens NX, the Precision had a score almost 13 times higher than the Inspiron, 29.89 to 2.39.

Along with SPECviewperf we are also running SPECwpc. SPECwpc is a benchmark designed specifically for testing all key aspects of workstation performance. SPECwpc has over 30 workloads it uses to test CPU, graphics, I/O, and memory bandwidth. The workloads fall under broader categories such Media and Entertainment, Financial Services, Product Development, Energy, Life Sciences, and General Operations. We are going to list the broad category results for each as opposed to the individual workloads. The results are an average of all the individual workloads in each category.

While we have run several new benchmarks in this review to try to better highlight the difference of the Workstation versus a Consumer notebook, the SPECwpc shows the greatest difference. The Precision 7510 outperformed the Inspiron 7559 across the board, in some cases almost triple the performance. In Product Development for instance, the workstation had an average score of 2.0 while the notebook only scored 0.57. The closest the two came in our testing was in Financial Services with the notebook hitting 0.87 and the workstation hitting 1.18, which was still over 25% higher.

While there are multiple categories PCMark looks at (including typical work usage, home usage, and creative usage) we will only be looking at Storage. The Storage benchmark tests the performance of any drives installed in the system. Specifically, it leverages traces recorded from Adobe Creative Suite, Microsoft Office and a selection of more popular video games to measure real-world performance differences between storage devices. Here, the Dell Precision 7510 posted an impressive PCMark score of 5059, which was attained by leveraging the 512GB Samsung SM951 M.2 NVMe SSD as the system drive. Because the Inspiron is equipped with a Seagate Hybrid Drive, it achieved a score well under the Precision with 2841.

The Dell Precision 7510 is built for next-gen portable graphics performance and customizability, offering users extensive build options in order to satisfy virtually any use case. For example, those looking for ultimate performance during intensive workloads will be able to equip their workstation with some high-end hardware, including Intel Xeon processors, M.2 PCIe NVMe SSDs, and 64GB of DDR4-2133MHz SDRAM. Our specific build consisted of an Intel Xeon E31535M v5 (Quad Core 2.90GHz, 3.80GHz Turbo, 8MB 45W), 32GB of DDR4-2133MHz SDRAM, and a 512GB M.2 SSD. The Precision 7510 is also equipped with a good number of expansion options such as an SD Memory card reader, four USB 3.0 ports, USB-C port (optional add-on), HDMI port, and a Mini display-port connector. Other major selling points of the Precision 7510 include its beautiful 4K Ultra HD display, which leverages over 8 million pixels, and its use of premium materials for its build and design.

For graphic intense benchmarks we ran Esri, CINEBENCH, and SPECviewperf. In our ESRI benchmark the Precision 7510 was able to outperform the Inspiron 7559 across the board rendering up to 40 more FPS on average. This is to be expected given the builds, but these numbers highlight the importance of selecting the right notebook for the job. The ESRI numbers validate that an ESRI user can expect an excellent experience on the 7510. CINEBENCH tested both CPU and GPU of our comparables. The Precision came out with a higher cb score in CPU at 751, compared to the 465 cb of the Inspiron. And the Precision’s graphic card could render at a faster rate of 53.86 fps compared to the 42.33 fps rendering of the Inspiron. In SPECviewperf 12, the Precision was able to outperform the Inspiron easily in most viewsets by a large margin, over 12 times in the instance of the Siemens NX viewset.

For performance we ran SPECwpc and PCMark. With SPECwpc the Precision blew away the Inspiron by a wide margin. In every category the workstation tested much higher than the notebook; in one instance, the workstation scored almost three times higher than the notebook. PCMark took a look directly at the storage performance of the two computers. The Precision uses a NVMe M.2 SSD and had a PCMark score nearly twice that of the Inspiron that uses a 5.4K Hybrid drive, 5,059 to 2,841. It also showed over 30 times the bandwidth, giving us a score of 469.38MB/s.

While all of the comparisons of the Precision 7510 are against a notebook outside of its weight class, the differences through most of the testing are obvious. The 7510 posts excellent results across the board, showing the benefits of the NVMe SSD, GPU, RAM and CPU combo. There's even more that can be accomplished if needed, the workstation supports even more RAM and the second drive bay could be leveraged for more flash storage if needed. Regardless, it's clear the 7510 is capable of handling just about anything thrown at it, giving professionals a great portable option that's equally capable on the road, or docked on a desk.

The Dell Precision 7510 is a versatile mobile workstation that offers users extensive customization options and has the ability to deliver a great user experience even for the most demanding graphics-heavy applications.