The HyperX SAVAGE EXO Portable SSD is a incredibly compact external SSD drive that leverages 3D NAND technology. Though the EXO Portable can certainly be used for every day applications, it is marketed as a fast and effective device to install games for the PC, Mac, PlayStation 4 and Xbox One.

The HyperX SAVAGE EXO Portable SSD is a incredibly compact external SSD drive that leverages 3D NAND technology. Though the EXO Portable can certainly be used for every day applications, it is marketed as a fast and effective device to install games for the PC, Mac, PlayStation 4 and Xbox One. 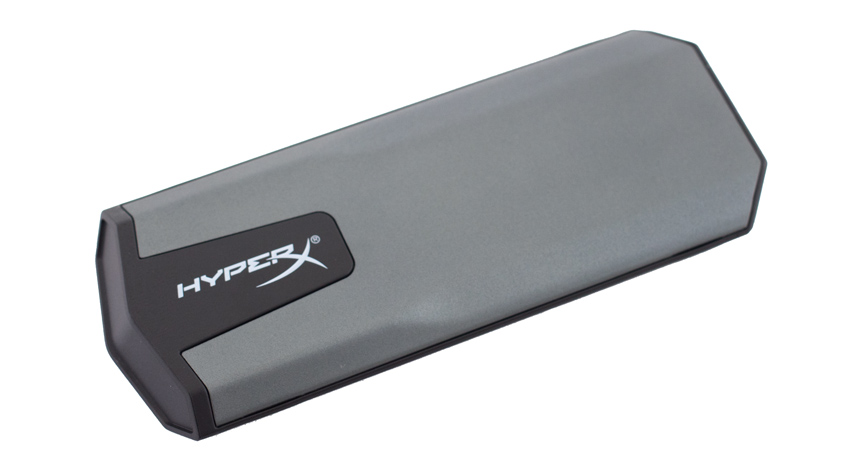 Because Microsoft and Sony have added external drive support a few years back, the Savage EXO is particularly useful for console gamers. Adding this external drive support has been well-received by gamers due to the limited space available with the PS4 and Xbox One stock drives. Game installations are hitting ridiculous sizes nowadays (e.g., Red Dead Redemption is clocked in at 99GB while Final Fantasy 15 reaches almost a whopping 150GB on the PS4), so an easy way to expand the storage of these current gen consoles is welcomed. Users can certainly equip a large capacity SSD inside a console; however, using external drives is much quicker and allows users to add space without having to backup and reinstalling everything.

As far as performance goes, users won’t see an improvement their actual gaming experience, though software will install, boot and patch much quicker (Kingston indicates a 20% improvement in some cases). Desktop users can expect transfer rates of 500MB/s read and 480MB/s write.

Backed by a 3-year warranty, the HyperX SAVAGE EXO Portable SSD comes in capacities of 480GB and 960GB priced at roughly $125 and $225, respectively. We will be looking at the 480GB model for this review.

At just 56g, Savage EXO is one of the tiniest external SSDs we’ve seen. This is a pretty slick-looking device, fitting the gaming demo graphic with a black and grey color scheme and HyperX branding on top. 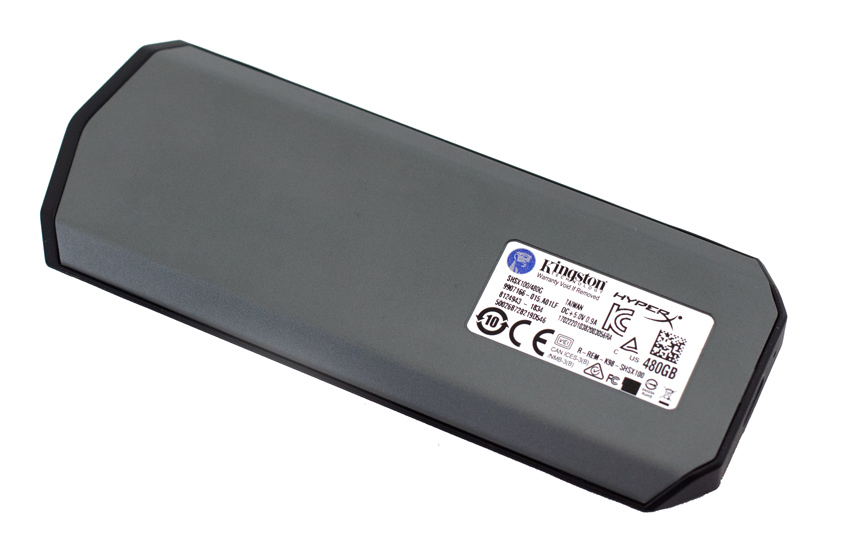 On the side is the USB Type C port, which uses the USB 3.1 Gen too connection via a cable. The bottom also has the sticker with all the drive information.

First, we tested its performance using the Black Magic software via a USB-C connection on a 2018 MacBook Air. It was able to hit 484.3MB/s read and 448.8MB/s write, which was slightly under the quoted speeds. This is compared to the LaCie Portable SSD that hit a write speed of 463.1MB/s and a read speed of 506.8MB/s and the Seagate Fast with 511.4MB/s read and 473.3MB/s write. 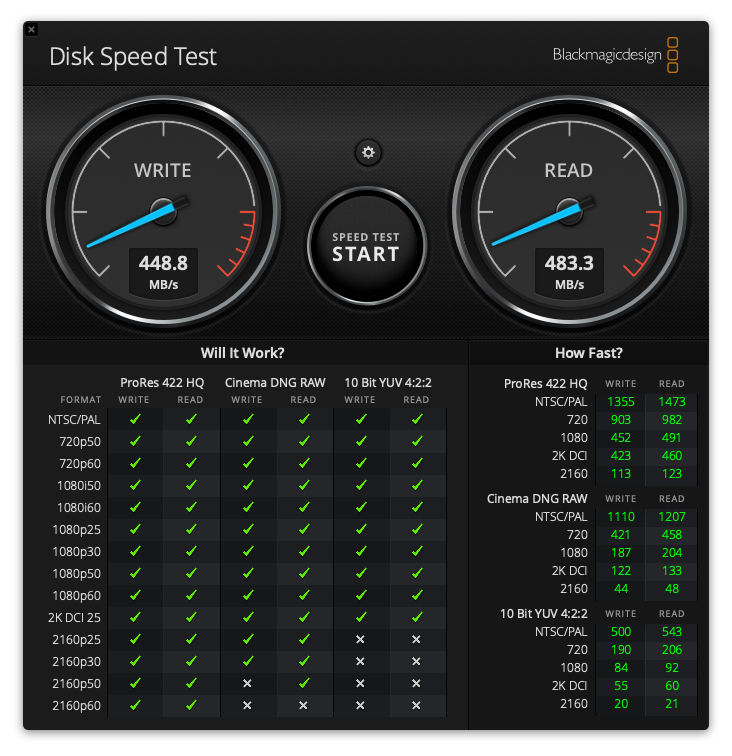 We also tested the Savage EXO using the HP Z2 Mini workstation and compared it to two other portable SSDs:

The HyperX Savage EXO Portable SSD features USB-C connectivity, 3D NAND technology, an uber-compact design and is suitable for a range of different applications. That said, it is somewhat an underwhelming addition to the external SSD market as it didn’t reach its maximum quoted transfer speeds. In sequential performance, the EXO recorded 366.5MB/s read and 170.5MB/s write, while hitting random transfer speeds of 351.9MB/s read and 227MB/s write for reads and writes, respectively. Compared to the Seagate Fast and the Samsung T5, the HyperX drive underperformed. It was able to hit 484.3MB/s read and 448.8MB/s write during the Black Magic test, however. The sustained workloads really held it back however.

As far as the gaming use case goes, some might say to simply buy an internal SSD for half the cost if you want to expand your storage, as drives like the Samsung 860 EVO go for roughly 75$ and Crucial MX500 is priced at just $65. However, external SSDs are for convenience, versatility, portability and quick-and-easy expansion. You can install several desktop/PS4/XBox One games, put the drive in your pocket, and take it to your friend’s place or another one of your computers. It’s also great for backing up your saved game files if you don’t have access to the cloud on your PS4 or Xbox One. You can also use it as a normal external drive for transferring large files. However, the HyperX Savage EXO might not be your best option in these cases, as the Samsung T5 and Seagate Fast are both less expensive and performed better in our tests.