The market for VDI clients that support multiple 2K monitors is large and growing as many companies have now adopted a work-at-home policy. There are many VDI clients that compete in this segment and to be competitive it must be performant, manageable and cost competitive; the IGEL UD2 Thin Client is such a product.

The market for VDI clients that support multiple 2K monitors is large and growing as many companies have now adopted a work-at-home policy. There are many VDI clients that compete in this segment and to be competitive it must be performant, manageable and cost competitive; the IGEL UD2 Thin Client is such a product. 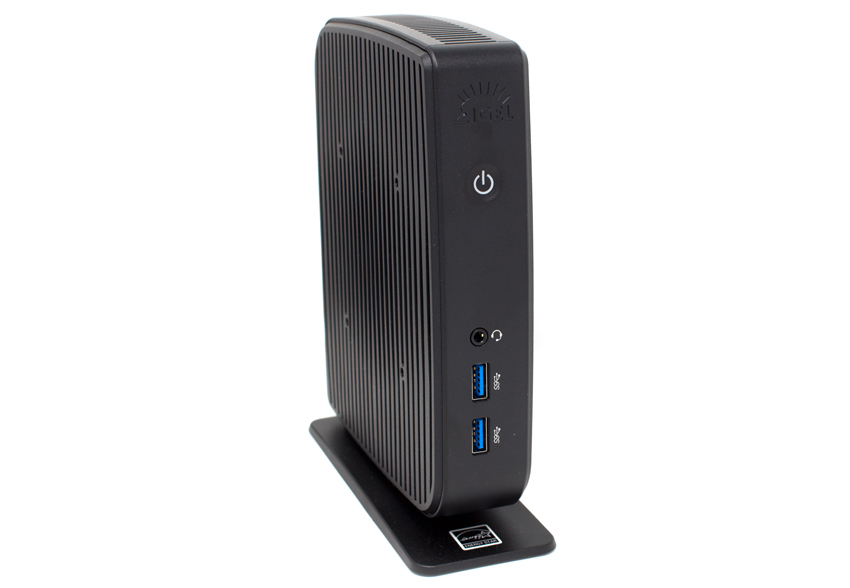 To give a brief overview of its specifications, the IGEL UD2 is a desktop thin client that has multiple USB and video ports, is powered by a quad-core Intel Atom processor. The device runs IGEL OS 11 operating system and supports all major VDI environments.

In this review, we will give an in-depth overview of the UD2 specifications, design and build quality, and a summary of the testing that we carried out on over a few weeks. We will then lay out the key findings from those tests and provide our thoughts about the device and briefly discuss who would benefit from using this thin client.

The thin client came in a cardboard packaging box, the device itself was nestled between two cardboard blocks and wrapped in a plastic bag. The box also contained the power supply, and the base stand. 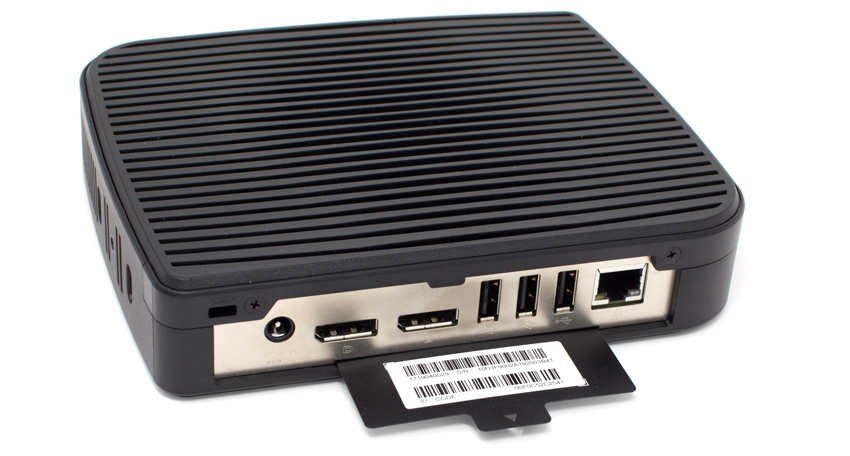 On the bottom of the device are two indents and a threaded hole for the foot stand. The right side of the device can be removed to expose the devices motherboard and GPU. The motherboard is high quality and has a minimum number of chips on it, a large heat sink and two slots for RAM. The UD2 does not have a fan. 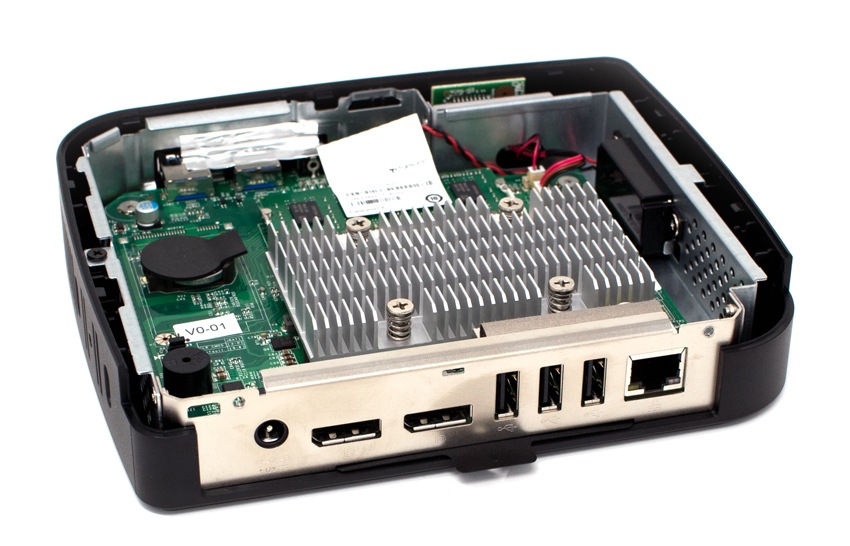 The entire case is made of black plastic with ventilation slots on the top, bottom, and both sides

This is the first VDI client that we have that uses the Intel Atom x5-E8000 Quad-Core processor. This is a 4 core, 4 thread processor with Intel HD Graphics. The CPU has a base frequency of 1.04GHz and a GPU has a frequency of 320 MHz. This processor was initially designed for laptop, tablets, and other portable devices.

The thin client did not come with a startup guide but IGEL has extensive documentation about the device on its website. We downloaded the First Steps with IGEL document. This guide was written in English, 40 pages in length and explained how to set up the device.

The IGEL OS 11 is based on Linux that has been optimized for virtual desktops and uses various mechanisms in place to ensure that the OS is highly resistant to being hacked or compromised.

The real test of a virtual desktop client is its usability; to test the usability of the UD2, we used the client for two weeks in our Pacific Northwest lab with various configurations. Below are the key results we noted during our time using the client.

For our initial testing we attached a Dell U3219Q monitor to the DisplayPort on the device marked DP1. We like using the Dell U3219Q as the monitors built-in KVM switch is extremely useful during our testing as it allows us to switch between the VDI client and our laptop with the push of a button. For our testing we connected the monitor at 2560×1600 @ 60Hz.

We tested the UD2 with a local VMware Horizon Windows 10 desktop that had 2 vCPUs, 8GB of memory, and 128GB of NVMe-based storage.

We powered on the device by pressing the soft touch power button on the front of the device. We were presented with a wizard that allowed us to configure the Language, keyboard, etc. During the configuration process we were given the option on how we would like to license the device. We chose to get a 90-day demo license and were presented with a form that wanted are name, company, etc., and then were told “your license has been fetched” and was then informed us that the device needed to be restarted.

After the system rebooted, we clicked the IGEL Setup icon (wrench) on the left side of the task bar, clicked Horizon Client> Horizon Client Sessions, and clicked the +. This allowed us to setup a connection to our Horizon connection broker. Horizon can use RDP, Blast or PCoIP for the connection protocol. The Horizon client that the device was running was 4.10. 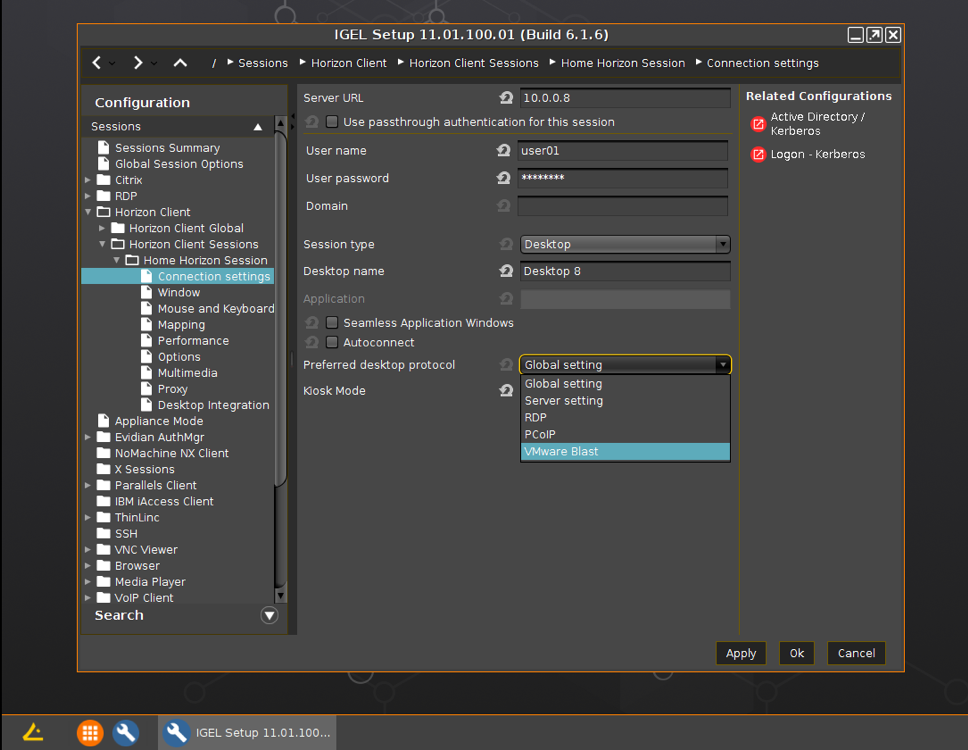 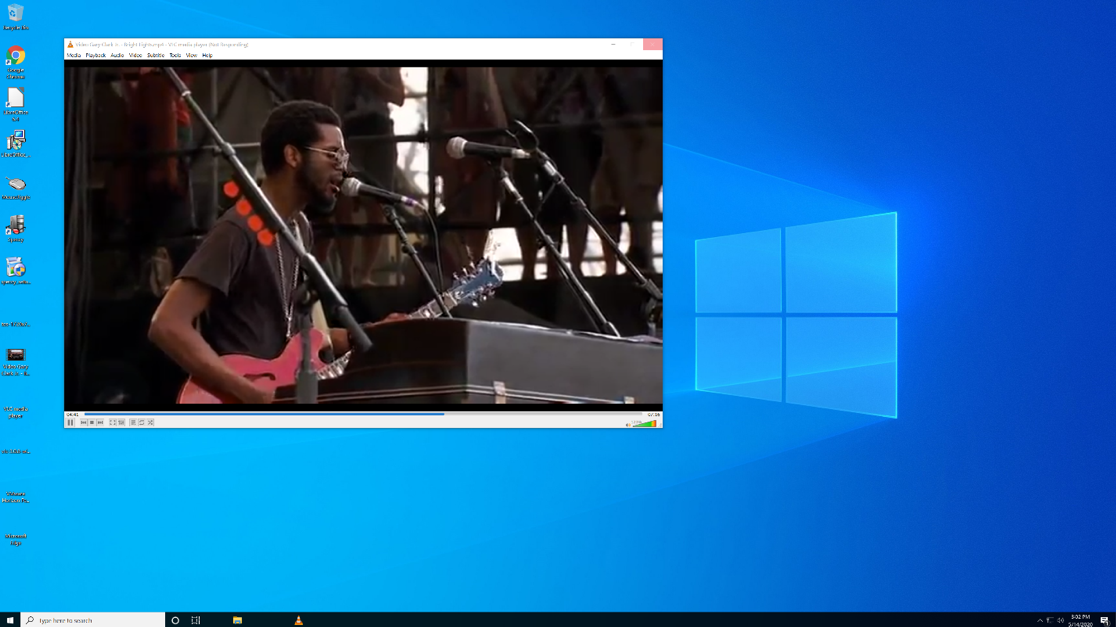 The top command on the IGEL device showed that the CPU usage was between 8-10% when the videos were playing and that the load was spread out evenly over all the CPU cores.

We then used the ControlUp to monitor the virtual desktop when the video was playing and found that CPU usage was ~ 95% and the network was ~8Mbps.

To further test the device, we connected a Jabra Voice 150 headset IGEL UD2 Thin Client to a USB connection on the device. The Jabra headset was discovered by the virtual desktop and worked without any issues. 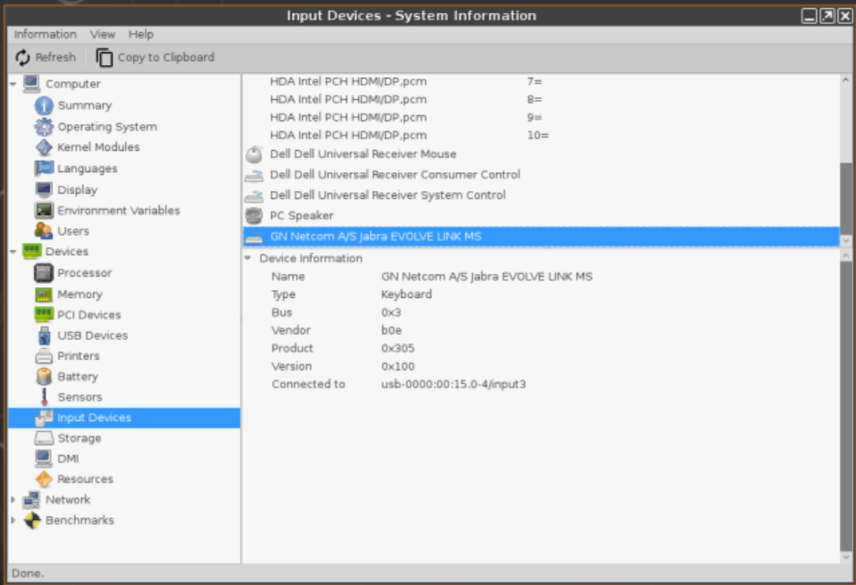 During the time that we worked with the device, we used it for our various daily activities: using Microsoft Office, Chrome web browser, playing internet-streaming music, and other common tasks. During this time, the device performed without any issues.

IGEL OS 11 allows screen shadowing via VNC. We used this feature to capture many of the screenshots we used for this review. To avoid adversely affecting the client’s performance we did not use screen shadowing while monitoring the responsiveness of the device. 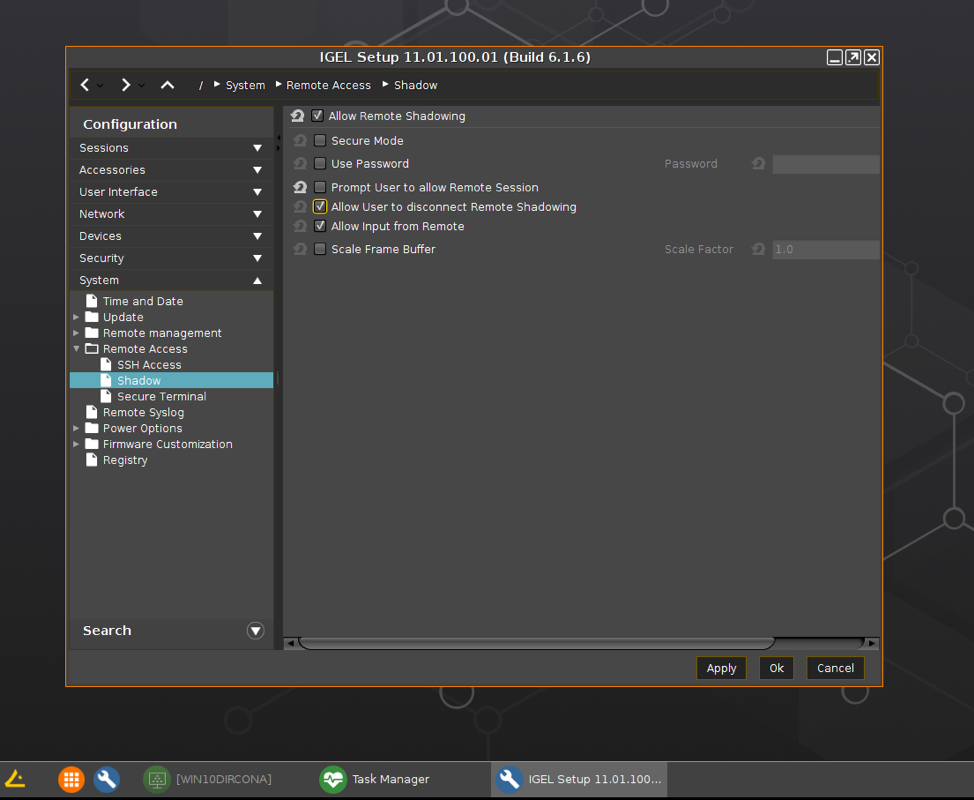 The Thin Client can be used with IGEL’s Universal Management Suite (UMS), a tool that is used to manage multiple VDI clients from a single portal. Using UMS is beyond the scope of this review. 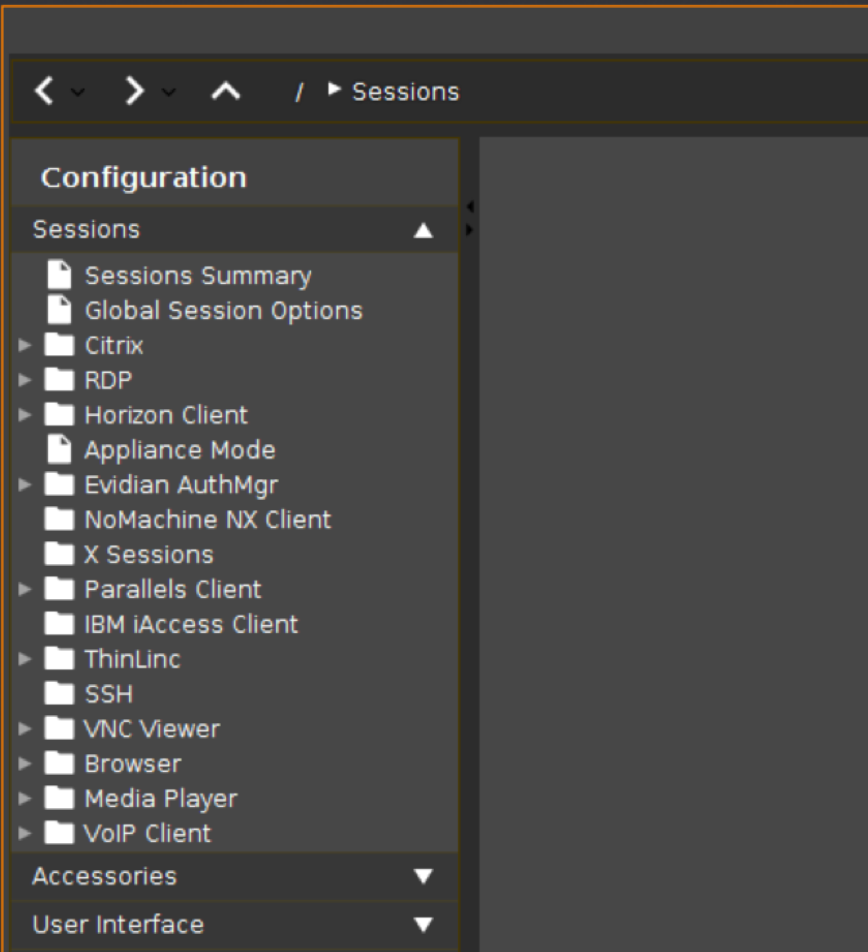 As this is a basic review of the device, we only tested it using a Horizon desktop; we did not test the device in the following circumstances: adverse network conditions, using communication software such as Skype, or using any of the advanced features of the device such as accessing local USB devices, using it as a print server, etc.

To access the devices settings, we clicked the settings (wrench) icon in the lower left-hand corner of the toolbar. Settings had many different drop-down menus; Sessions (to configure VDI connections), Accessories, User Interface, Network, Devices, Security and System.

One of the more interesting features that we found in IGEL 11 was under Setup > Accessories > System Information> Benchmarking as this had benchmarking tools such as CPU blowfish and FPU FFT that can be run against the client. 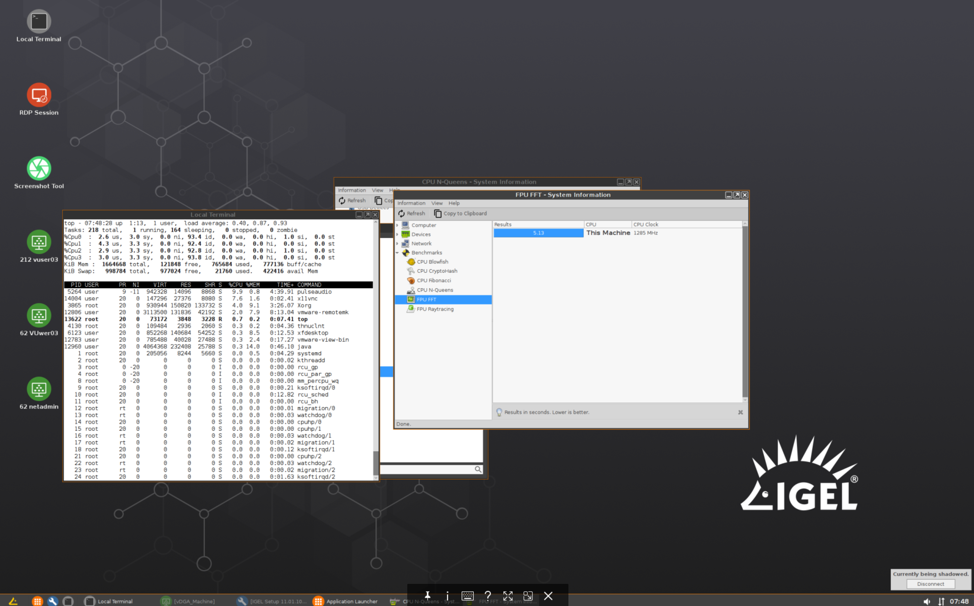 We were pleased with the polish and performance of the IGEL UD2 VDI client and IGEL OS 11. This device should make the shortlist for someone that is looking for a reasonable priced VDI client that supports multiple 2K monitors and needs to work with common applications on a daily basis.