The DiskStation DS115j, which is a single-bay version of the DS216se, is Synology's least expensive NAS. It was designed to give personal users the ability to create a basic cloud with access to all of Synology's DSM features. Compared to Synology's other NAS offerings, the DS115j is stripped down in terms of specs, leveraging an 800MHz CPU, 256MB of DDR3 RAM, and USB 2.0 ports. However, it is hard to argue with its $100 price tag.

The DiskStation DS115j, which is a single-bay version of the DS216se, is Synology's least expensive NAS. It was designed to give personal users the ability to create a basic cloud with access to all of Synology's DSM features. Compared to Synology's other NAS offerings, the DS115j is stripped down in terms of specs, leveraging an 800MHz CPU, 256MB of DDR3 RAM, and USB 2.0 ports. However, it is hard to argue with its $100 price tag. 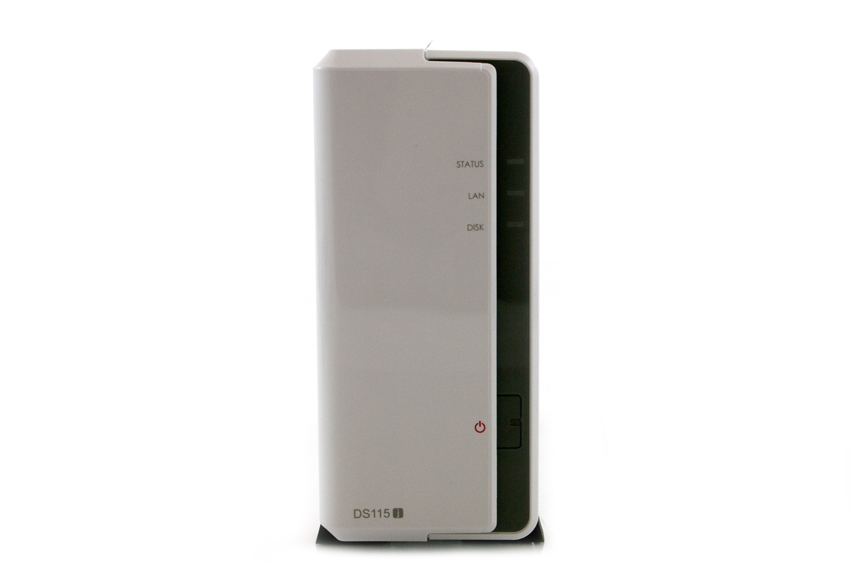 The DS115j is best suited for users that want to create a cloud at home, with lower needs in terms of performance and scalability; due to its lack of any expansion ports, users will be limited to one drive (up to 8TB). Another limitation of the DS115j is that it doesn't come with any USB 3.0 ports (only USB 2.0), which will limit direct transfer speeds. Despite these shortcomings, users will still have the ability to use the DS115j for home surveillance (via Surveillance Station), as a backup destination (via Cloud Station and Backup & Replication), and for file and multimedia management and sharing (via File Station, Photo Station, Audio Station, and Video Station). The DS115j is also compatible with various third party backup solutions (Amazon S3, Microsoft Azure, SFR, and hicloud) and streaming apps (Samsung TV, Roku, Apple TV, and Google Chromecast). 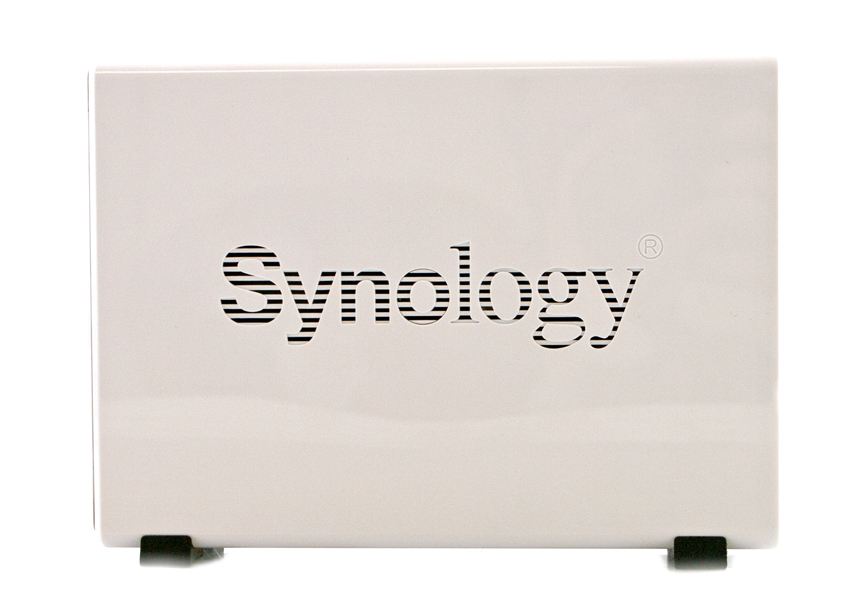 The back of the device has one fan, a Kensington lock port, a reset button, two USB 2.0 ports, one LAN port, and the power adaptor. 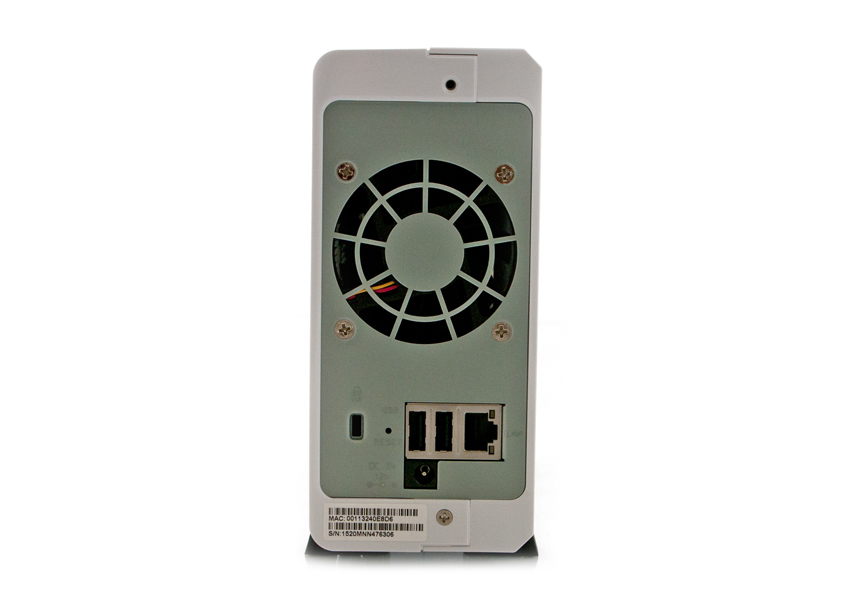 In keeping costs down, this new NAS does not include hot-swappable bays. Instead, it’s necessary to unscrew the housing, slide the housing off, and then screw the drive into place before replacing the housing. 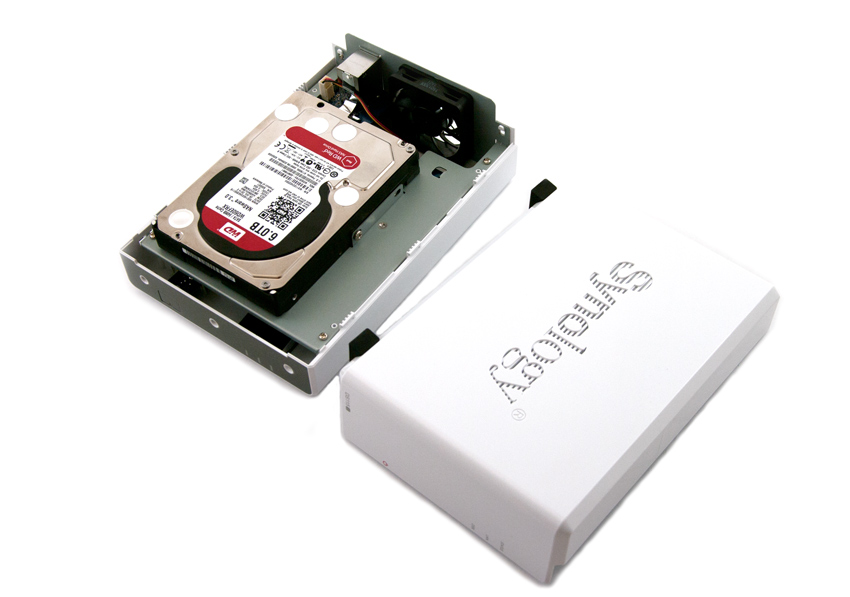 We tested CIFS performance using a 3.5" 5,400RPM 6TB WD Red hard drive. The drive is suited to operate in NAS environments. ​We will be comparing the DS115j to the DS216se. The difference in the amount of bays (1 versus 2) means that DS115j cannot be RAID1 configured for data protection.

In the first of our enterprise workloads, we measured a long sample of random 4k performance with 100% write and 100% read activity to get our main results. The numbers from both devices were similar, with the DS115j outpacing the DS216se in both read (97 IOPS vs. 55 IOPS, respectively) and write (308 IOPS vs. 304 IOPS, respectively).

Compared to the fixed 16 thread, 16 queue max workload we performed in the 100% 4k write test, our mixed workload profiles scale the performance across a wide range of thread/queue combinations. In these tests, we span workload intensity from 2 threads and 2 queue up to 16 threads and 16 queue. The DS115j once again outperformed the DS216se, with a consistent lead of about 60 IOPS.

As expected, the DS115j had lower average latencies than the DS216se for the duration of the benchmark.

The results of the max latency benchmark were similar to those of the other mixed workload tests, with the DS115j posting lower latencies than the DS216se. However, the DS115j and DS215se exhibited similar numbers at various points.

The standard deviation of the DS115j was also lower than that of the DS216se.

The last test in our Enterprise Synthetic Workload testing is the 128k test, which is a large block sequential test that shows the highest sequential transfer speed for a platter drive. Looking at the 128k performance of 100% write and 100% read activity, the DS115j and DS216se posted similar numbers. The DS115j barely outpaced the DS216se in terms of read (113,750KB/s vs. 113,140KB/s, respectively), and also had slightly higher write values (66,750KB/s vs. 62,100KB/s, respectively).

The DS115j is a simplistic NAS meant to serve users that are looking for an inexpensive way to create a cloud for their home. Although it doesn't provide much in the way of performance, the DS115j comes with all of the advantages of Synology's award-winning DSM, including Surveillance Station, File Station, and various apps that allow users to store and share media across multiple platforms (Windows and Mac). The DS115j does not allow users to expand by daisy-chaining additional NAS units, but its maximum capacity of 8TB should adequately serve most users looking for this type of storage solution.

In terms of performance, the DS115j held up quite well when compared to the DS216se, which carries most of the same internal specifications. In fact, the DS115j out-performed the DS216se in every test, however in most cases it just edged out the larger NAS. In our 4K tests the DS115j gave us throughput of 97 IOPS read and 308 IOPS write and average latency of 2,609.87ms read and 829.57ms write. Our 8K sequential tests gave us throughput scores of 2,835 IOPS read and 1,873 IOPS write. Throughout our 8K 70/30 tests the DS115j was able to maintain a slight performance advantage over the DS216se in each test. And while our large block sequential tests were close the DS115j again come out on top with bandwidth of 114MB/s read and 67MB/s write.

The DS115j is a great option for any user interesting in inexpensively creating a basic cloud for their home while retaining all of the functionality of a standard SOHO NAS.