NVIDIA is adding AI to the list of defenses against the increasing threat of identity theft, considered one of the most common and complex breaches to prevent. In this age of zero trust, security experts say it’s not a matter of if but when an identity attack will occur.

NVIDIA is adding AI to the list of defenses against the increasing threat of identity theft, considered one of the most common and complex breaches to prevent. In this age of zero trust, security experts say it’s not a matter of if but when an identity attack will occur. 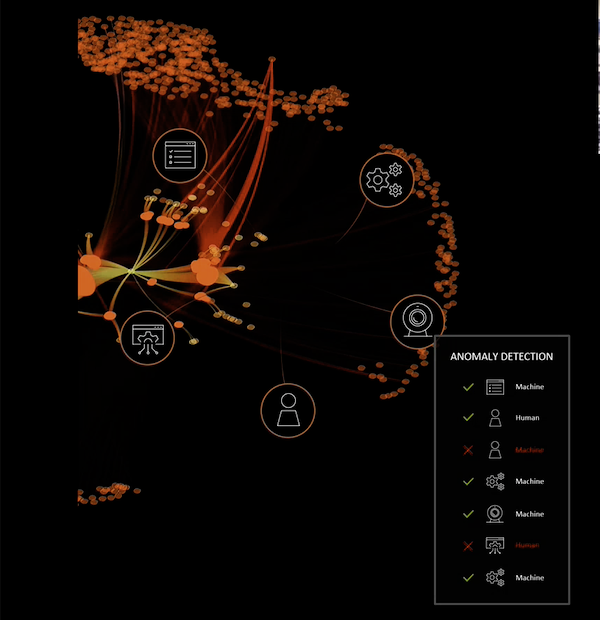 According to the 2022 Verizon Data Breach Investigations Report, more than 40 percent of all data compromises involved stolen credentials. And 80 percent of web application breaches involved credential abuse. The report lists “credentials as the favorite data type of criminal actors because they are so useful for masquerading as legitimate users on the system.”

The director of cybersecurity engineering and R&D at NVIDIA, Bartley Richardson, says, “We need to look for when Bartley is not acting like Bartley.”

Last year, Richardson and his team coined a concept called digital fingerprinting. Following a series of high-profile attacks in February 2022, he devised a simple but ambitious idea for implementing it. He shared his vision with his two tech leads, telling them he wanted to create a deep-learning model for every account, server, application, and device on the network.

The models would learn individual behavior patterns and notify security staff when an account acted uncharacteristically. At the time, GPUs were not utilized for security, which would be computationally challenging. Using NVIDIA Morpheus, an AI security software library, a proof-of-concept was built and two months later the team optimized each portion of the project. Security operations and product security teams reviewed the work, and by October, the solution, security software for AI-powered digital fingerprinting, was ready to deploy across NVIDIA’s global network.

AI-powered Digital fingerprinting version 2 runs across NVIDIA’s networks today on just four NVIDIA A100 Tensor Core GPUs. The software is like a LEGO kit, where IT staff can create models, changing their aspects to create specific alerts. NVIDIA is making these capabilities available in a digital fingerprinting AI workflow included with NVIDIA AI Enterprise 3.0.

The NVIDIA cybersecurity team has created anomalies that allow information security teams to visualize events in new ways. Instead of being inundated with millions of network events each week, an IT team may have only 8-10 incidents to investigate daily. NVIDIA is tuning cybersecurity fingerprinting with other models, making it more applicable to everyday activities.

Richardson’s team is looking at ideas for applying AI and accelerated computing to secure digital identities and generate hard-to-find training data. He also imagines passwords and multi-factor authentication will be replaced by models that know how fast someone types, the number of typos, the services they use, and when they use them. This detailed digital identity will prevent attackers from hijacking accounts and pretending to be legitimate users.

You can try this AI-powered security workflow live on NVIDIA LaunchPad starting Jan. 23. You can watch the video to learn more about digital fingerprinting.