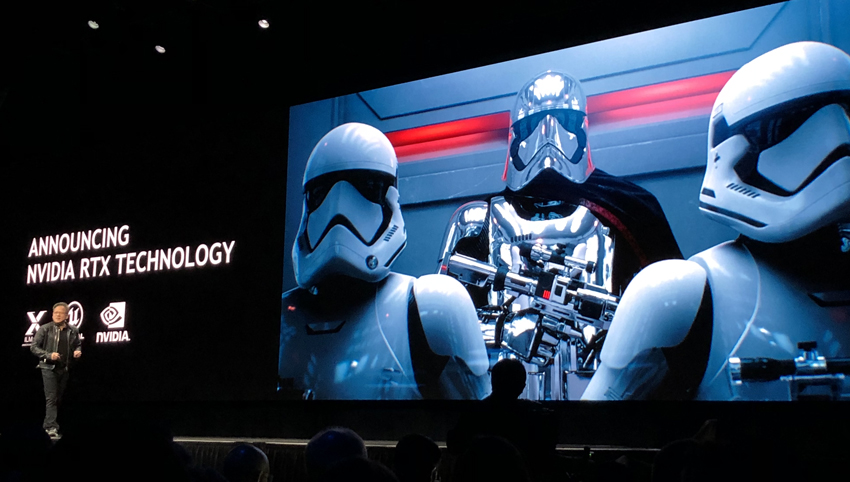 This new RTX integration means that media and entertainment professionals will be able to see and interact with their projects using correct light and shadows, and do complex renders up to ten times faster than with a CPU. NVIDIA adds that product designers and architects will have the ability to create interactive, photoreal visualizations of massive 3D models in real time.

The 32GB Quadro GV1OO (scalable to 64GB) features multiple Quadro GPUs using NVIDIA NVLink interconnect technology. It is touted as the highest-performance platform available for its use case. The GV1OO is based on NVIDIA’s Volta GPU architecture and comes equipped with 7.4 teraflops of double-precision, 14.8 teraflops of single-precision, and 118.5 teraflops of deep learning performance. Moreover, the NVIDIA OptiX AI-denoiser is built into NVIDIA RTX and delivers roughly 100x the performance of CPUs, which translates to real-time, noise-free rendering.

NVIDIA indicates the following other benefits of Quadro GVlOO with NVIDIA RTX technology:

The Quadro GV100 now available on nvidia.com. It will also be available from workstation manufacturers and authorized distribution partners in April.