NVIDIA continues the evolution of the Data Processing Unit (DPU) with the release of the NVIDIA BlueField-2. The NVIDIA BlueField-2 DPU is touted as the data center infrastructure-on-a-chip and optimized for enterprise cloud and HPC workloads. BlueField-2 combines NVIDIA ConnectX-6 Dx network adapter with an array of Arm cores and infrastructure-specific offloads and offers purpose-built, hardware-acceleration engines with full software programmability. Brian had a discussion earlier this year with NVIDIA on one of his regular podcasts. You can get some NVIDIA DPU detail here.

NVIDIA continues the evolution of the Data Processing Unit (DPU) with the release of the NVIDIA BlueField-2. The NVIDIA BlueField-2 DPU is touted as the data center infrastructure-on-a-chip and optimized for enterprise cloud and HPC workloads. BlueField-2 combines NVIDIA ConnectX-6 Dx network adapter with an array of Arm cores and infrastructure-specific offloads and offers purpose-built, hardware-acceleration engines with full software programmability. Brian had a discussion earlier this year with NVIDIA on one of his regular podcasts. You can get some NVIDIA DPU detail here. 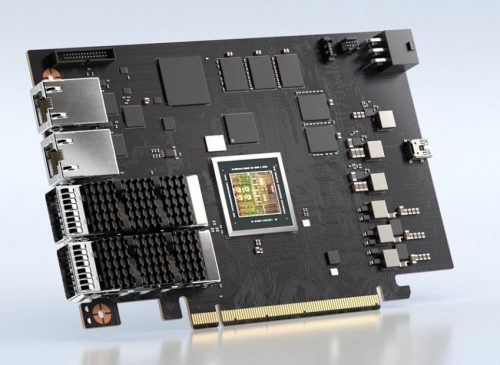 The features are impressive, but first, let’s take a look at the evolution of the DPU. If you are not into the history, you can skip down to the details for the NVIDIA BlueField-2.  It started in the ’90s when Intel x86 processors delivered unmatched power to enterprises, combined with an OS. Next came the client/server, then the advent of distributed processing. Software development and growing databases accelerated rapidly, causing an explosion of hardware deployment into the data center.

In the early 2000s, VMware introduced the ESX hypervisor and virtualized the x86 CPU, allowing multiple operating system instances to run on a single server. VMs were not necessarily new; IBM ran virtual machines on their mainframes for many years before creating the ESX hypervisor. However, this development led to the data center infrastructure aggregation growth. 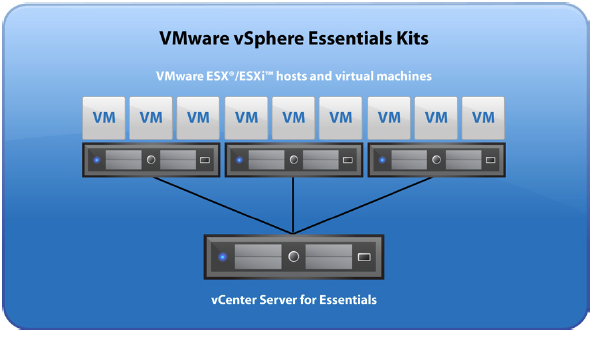 Hardware was now programmable with developers writing code that defined and provisioned virtual machines without manual intervention. This led to the eventual push for migration to cloud computing.

VMware realized the success of its ESX platform and moved quickly into storage and network virtualization. Not to be outdone, EMC teamed up with Cisco to build their own virtualized network and storage solution. A flurry of acquisitions took place. VMware developed vSANS integrated into their vSphere platform.

The development of this converged infrastructure is called Software-Defined Data Center(SDDC). The big players, Microsoft, VMware, Cisco, and EMC, all scrambled to win the SDDC market. Everything became programmable: I/O, security, OS, applications, etc. SDDC was just a CPU component, taxing the available resources used for other services.

All this convergence and programmability lead to Artificial Intelligence(AI) development where GPUs were developed to address the processing requirements for these graphic-intensive applications. This leads to the development of hardware offloading some of the operations from the CPU. Networking functions, typically CPU intensive, were offloaded and NVIDIA jumped on this new opportunity, acquired Mellanox to develop smart network adapters.

GPUs became smarter and smart NICs were pivotal in removing the network and graphics processing from the overall SDDC aggregation. Ultimately, the development of  DPU is the result of offloaded intelligence from the CPU.

The NVIDIA® BlueField®-2 DPU is the first data center infrastructure-on-a-chip optimized for modern cloud and HPC. Delivering a broad set of accelerated software-defined networking, storage, security, and management services with the ability to offload, accelerate and isolate data center infrastructure. Equipped with 200Gb/s Ethernet or InfiniBand connectivity, the BlueField-2 DPU accelerates the network path for both the control plane and the data plane and is armed with “zero trust” security to prevent data breaches and cyber-attacks. 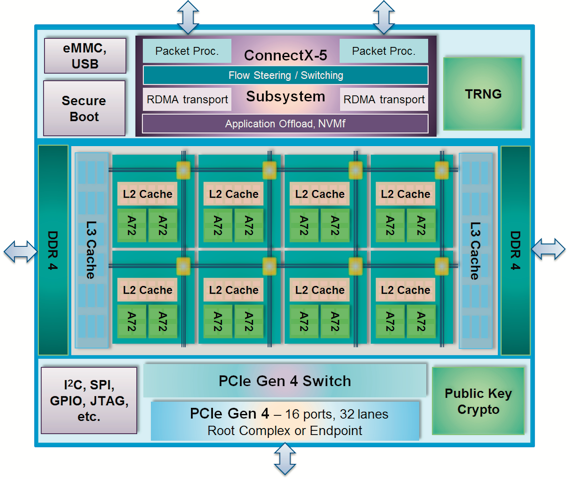 A DPU For Storage, Networks, And Machine Learning

Let’s take a look at how the new BlueField-2 tackles fast storage technologies. BlueField offers a complete solution for storage platforms, such as NVMe over Fabrics (NVMe-oF), All-Flash Array (AFA) and a storage controller for JBOF, server caching (memcached), disaggregated rack storage, and scale-out direct-attached storage. The smarts in this DPU make it a flexible choice.

NVIDIA has posted the impressive results of their test for the BlueField-2 here. The test environment is included in the blog.

In high-performance storage arrays, BlueField-2 functions as the system’s main CPU, handling storage controller tasks and traffic termination. It can also be configured as a co-processor, offloading specific storage tasks from the host, isolating part of the storage media from the host, or enabling abstraction of software-defined storage logic using the BlueField Arm cores.

The BlueField embedded network controller enables hardware checking of T10 Data Integrity Field/Protection Information (T10-DIF/PI), reducing software overhead and accelerating delivery of data to the application. Signature handover is handled by the adapter on ingress and egress packets, reducing the load on the software at the Initiator and Target machines.

Whether in the form of a smartNIC or as a standalone network platform, the new Bluefield-2 provides an efficient deployment of networking applications. Using a combination of advanced offloads and Arm compute capabilities, BlueField terminates network and security protocols inline.

When it comes to security, the integration of encryption offloads for symmetric and asymmetric crypto operations makes it a great choice for implementing security applications. Security is built into the DNA of the data center infrastructure, reducing threat exposure, minimizing risk, and enabling prevention, detection, and response to potential threats in real-time.

Of course, NVIDIA has addressed the AI/ML market with this new DPU providing cost-effective and integrative solutions for Machine Learning appliances. Multiple GPUs can be connected via the PCIe Gen 3.0/4.0 interface. With its RDMA and GPUDirect® RDMA technologies, BlueField-2 offers efficient data delivery for real-time analytics and data insights.

The rapid increase in the performance of graphics hardware, coupled with recent improvements in GPU programmability, has made graphic accelerators a compelling platform for computationally demanding tasks in a wide variety of application domains. Since GPUs provide high core count and floating-point operations capabilities, high-speed networking is required to connect between the platforms to provide high throughput and the lowest latency for GPU-to-GPU communications. GPUDirect RDMA is a technology implemented within Bluefield-2 and NVIDIA GPUs that enables a direct path for data exchange between GPUs and the high-speed interconnect.

The NVIDIA testing revealed the following performance characteristics of the BlueField DPU:

Overall, the results from the internal test are pretty impressive. The BlueField-2 reached 41.5 million IOPS which is more than four times that of any other DPU on the market today.

Standard networking results were also impressive. The DPU clocked more than five million 4KB IOPS and seven million to over 20 million 512KB IOPS for NVMe-oF. If you are looking to improve overall performance in the data center this DPU should fit the bill.