ADATA has released the SE730H, the company's most compact portable SSD to date. Improved in every way over previous drives, the SE730H is a high-performing portable drive that now leverages 3D TLC NAND. In total, this allows for lower cost per gigabyte, more efficient power consumption, better reliability, and faster write performance. In addition, with the transition to 3D NAND, ADATA claims the SE730H boasts a 25% longer lifespan compared to previous models in the SE730 line.

ADATA has released the SE730H, the company's most compact portable SSD to date. Improved in every way over previous drives, the SE730H is a high-performing portable drive that now leverages 3D TLC NAND. In total, this allows for lower cost per gigabyte, more efficient power consumption, better reliability, and faster write performance. In addition, with the transition to 3D NAND, ADATA claims the SE730H boasts a 25% longer lifespan compared to previous models in the SE730 line. 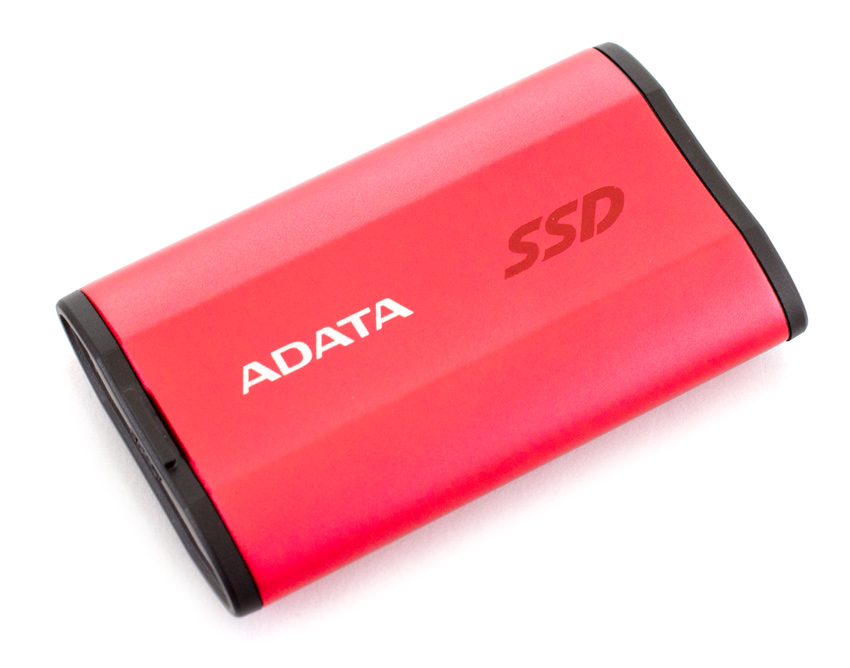 The SE730H is also built to last' this tough little enclosure features IP68 dust and waterproofing (ADATA indicates it can withstand an hour in 1.5m of water), as well as military-spec shock proofing and MIL-STD-810G 516.6 impact resistance to protect against accidental drops. Using its USB 3.1 Gen 2 (10Gbps) interface via a reversible Type-C connector, ADATA quotes the SE730H to deliver 500MB/s for both read and write activity.

ADATA’s bold claim of being the “world's most compact external SSD” isn’t far off. At just under 3 inches in length, 1.7 inches in width, and weighing in at just 33 grams, the E730H is small enough to easily fit in the palm of a hand or inside a small pocket. ADATA really has made an ultra-light, and very durable, portable drive. That being said, the E730H has a very solid build with its slick-looking metallic design (available in red or gold) with rounded edges. This is a quality product that doesn’t bend under the rigors of daily abuse. 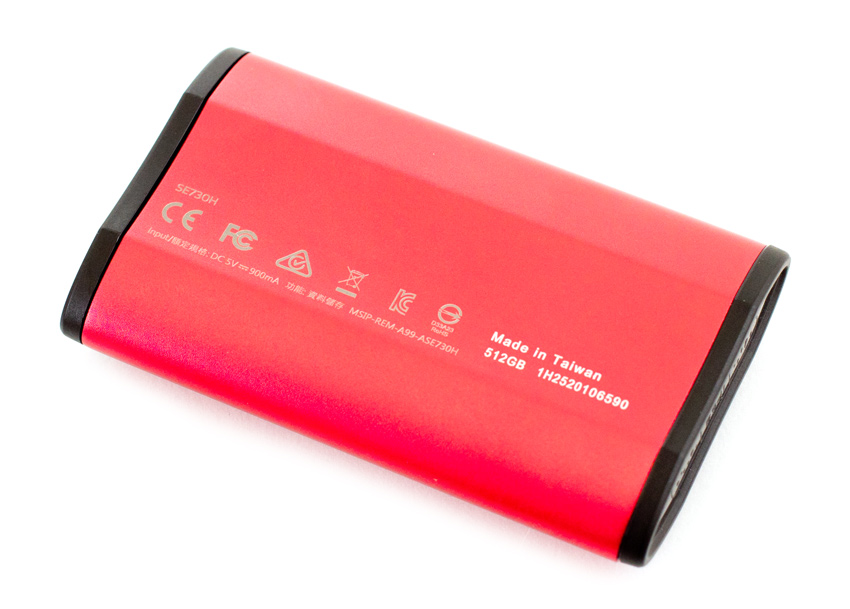 It should be mentioned that ADATA’s claim of dust and waterproof ratings only applies when the USB port cover is firmly closed. The side cover does take a bit of work to pop off to expose the USB-C port, but again it also stays in place if dropped or tossed around.

The SE730H uses a reversible USB-C (Type C) connector, which is certainly welcomed: you can just plug in the device without having to worry which direction the connector goes in.

To test the ADATA SE730H, we used built-in USB-C port of the HP Z2 Mini Workstation and compared it to the following other leading portable SSDs:

When looking at its 2MB sequential speeds (without a filesystem leveraging IOMeter), the SE730H measured 399.23MB/s read and 380.21MB/s write, which are fairly impressive results (though lower than ADATA’s quoted speeds of 500MB/s). In comparison with the other portable SSDs, the 2TB Samsung T5 posted 426.62MB/s read and 406.39MB/s write, while the My Passport SSD showed 337MB/s write and 376MB/s read and the SanDisk Extreme 510 with 322MB/s read and 159MB/s write.

We also looked at transfer speeds using a USB 3.0 connection on a generation -1 MacBook Pro. In this benchmark, we leveraged the BlackMagic disk speed test, which is a Mac-specific tool mainly used to see how well it works with high quality video. Here, the SE730H showed read and write speeds of 425.3MB/s and 407.9MB/s, respectively, as shown below. 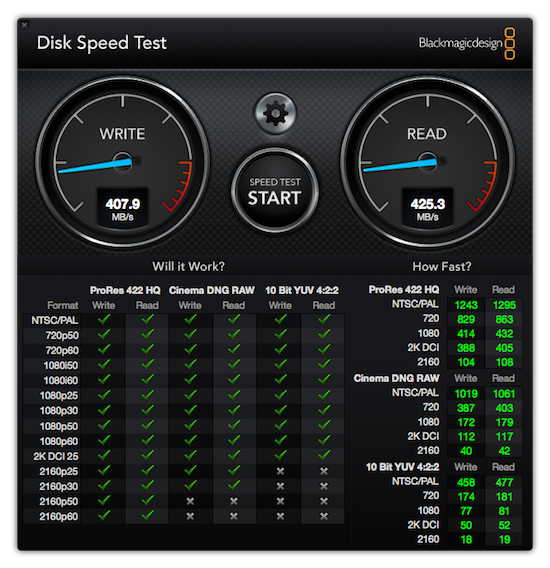 When working on the go, having a solid and reliable portable SSD is becoming more and more important among consumers. Though ADATA might not be a household name in the storage industry like WD or Samsung, it certainly has been releasing high quality products over the past several years. And the SE730H is certainly no exception. With its surprisingly rugged build and tiny form factor, this slick-looking portable SSD offers the performance and protection needed for professionals on the go. The SE730’s solid, metal enclosure is both dustproof and waterproof when using the sealed cap, and can withstand drops. The portable ADATA drive also features reversible USB-C (Type C) connector, which makes plugging in the device as seamless as possible with modern computers and Android phones.

As far as pricing goes, the 250GB model goes for roughly $110.00, which is more or less in the same pricing category of the WD My Passport SSD and SanDisk Extreme 510. But with the SE730H, you will see noticeable better performance, specifically compared to the SanDisk.

With its solid design and excellent performance, the tiny SE730H is an impressive release by ADATA and makes a great companion for the professional on the go.