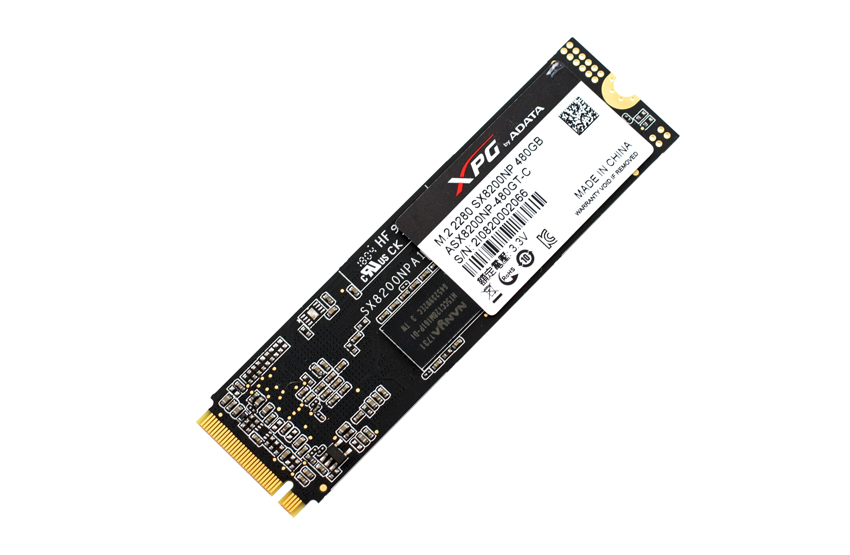 From a data integrity standpoint, the drive leverages low density parity check (LDPC) error correcting code technology. This gives the SSD a longer lifespan while detecting and fixing a wide range of data errors. The drive supports RAID Engine and Data Shaping to further ensure data integrity. Built for gaming, video rendering, overclocking, and other high demand applications, the drive uses its NAND and interface as well as SLC Caching and DRAM Cache Buffer to deliver the performance needed by these use cases. 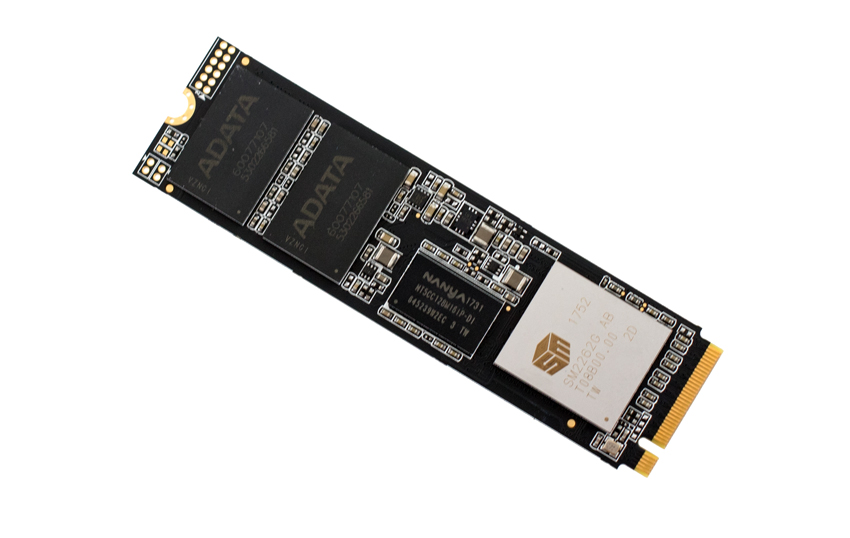 The ADATA XPG SX8200 is an M.2 form factor SSD. On one side is a sticker covering the NAND packs and DRAM with information such as branding, model number, and capacity. The flip side is open and one can clearly see the NAND packs, DRAM, and SMI controller. What is a bit different with this drive is the optional heat sink that covers the non-sticker side.

The ADATA XPG drive was able to score near the top of the non-Optane drive with a score of 2,651.9 seconds. 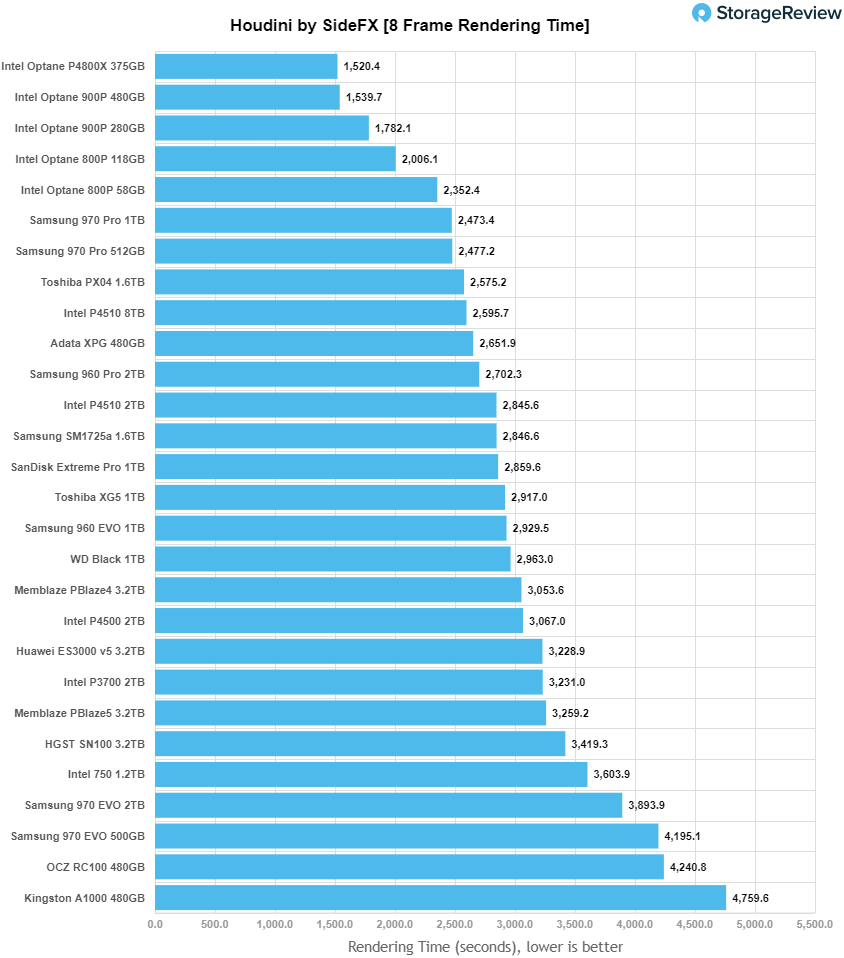 When looking at SQL Server Output, the ADATA XPG drive landed near the bottom of the pack of drives with a score of 3,141.8 TPS (it should be noted that it was only 18.2 TPS beneath the top performer, the Intel 900P).

For average latency of the same test, the ADATA drive hit 31ms placing it roughly in the middle of the pack.

The peak 4K performance of the ADATA drive was 224,279 IOPS at a latency of 570μs, placing it at the bottom of the pack.

Switching over to sequential work with 64K tests, the ADATA drive didn’t fare much better in placing. 64K read had a last place performance of 13,351 IOPS or 834MB/s at a latency of 1.2ms.

For sequential 64K writes the ADATA drive placed second to last at a peak performance of 9,089 IOPS or 568MB/s with a latency of 1.74ms.

Next, we looked at our VDI benchmarks, which are designed to tax the drives even further. These tests include Boot, Initial Login, and Monday Login. Looking at the Boot test, the ADATA XPG had peak performance of 77,487 IOPS with a latency of 420μs before dropping off a bit. This placed the drive fourth overall.

In our VDI Initial Login the ADATA drive come in last with a peak performance of 25,408 IOPS and a latency of 1.2ms.

For our VDI Monday Login the ADTAT drive placed third with a peak performance of 27,270 IOPS and a latency of 584μs.

ADATA has released a new powerful M.2 SSD under XPG line, the SX8200. Coming in three capacities, 240GB, 480GB, and 960GB, the drive has quoted sequential speeds of 3.2GB/s read and 1.7GB/s write with quoted random speeds of 310K IOPS read and 280K IOPS write. The drive utilizes several features in order to help it hit those speeds including RAID Engine, Data Shaping, SLC Caching, and DRAM Buffer. The SX8200 comes with an optional heat sink as well that can be easily affixed to the drive.

Looking at performance the drive had average performancein the pack it was tested against. In the Houdini test the drive was able to hit 2,651.9 seconds placing it near the top. In SQL Server the drive had 3,141.8 TPS and an average latency of 31ms, placing near the middle of the pack. In our VDBench tests the ADATA drive tended to trail behind the others. It was able to hit 4K peaks of 224K IOPS read and 88K IOPS write, with 64K scores of 834MB/s read and 568MB/s. In our VDI tests the drive hit 77K IOPS boot, 25K IOPS initial login, and 27K IOPS Monday login.

Overall the SX8200, which is marketed as a high performer, doesn’t stack up well against the other high performers tested, it’s really more aligned with the mainstream SSD category. If one is looking for brute performance there are better options. However, the ADATA XPG SX8200 is much more cost-effective than the other drives and may be worth considering if the budget is limited and one just needs a good performance bump versus the best money can buy.