With all of the storage technology and new CPUs driving higher and higher performance, one piece of the puzzle that has been delivering on performance for a while is memory (DRAM/RAM). Typically speaking, if more performance is desired, simply throw in more RAM. This can get expensive fast. While Crucial is unable to do much about costs (as component parts are expensive, however the price is slowly softening) they have rolled out higher performing and high capacity RAM modules. That is what the company has done with its DDR4 LRDIMM Sever Memory modules.

With all of the storage technology and new CPUs driving higher and higher performance, one piece of the puzzle that has been delivering on performance for a while is memory (DRAM/RAM). Typically speaking, if more performance is desired, simply throw in more RAM. This can get expensive fast. While Crucial is unable to do much about costs (as component parts are expensive however the price is slowly softening) they have rolled out higher performing and high capacity RAM modules. That is what the company has done with its DDR4 LRDIMM Sever Memory modules. 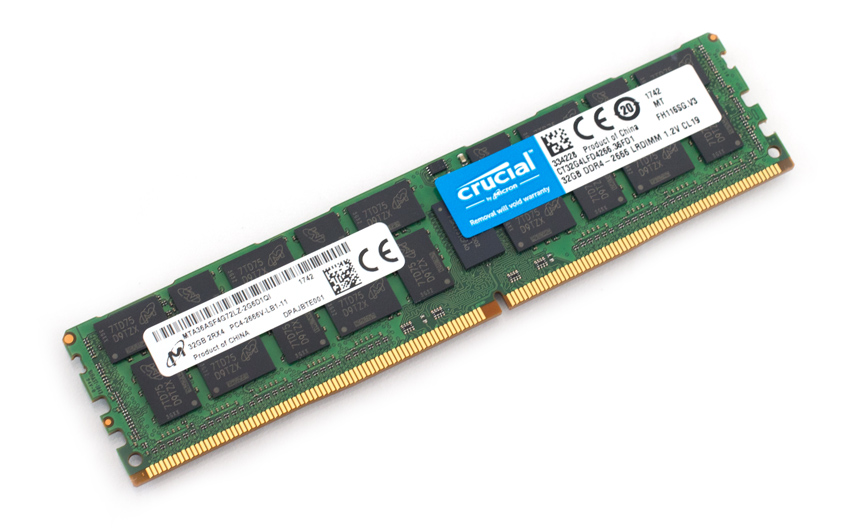 Crucial’s DDR4 LRDIMM Server Memory modules can help applications such as virtualization, cloud computing, and high performance computing (HPC) on two fronts. For one, they can allow for more DRAM in a server through higher densities, modules go up to 128GB. For a server with 12 memory slots per CPU could potentially bring the RAM up to 1.5TB per CPU. The DRAM has speeds up to 2,666MT/s (with the lower capacities running 2,400MT/s). The RAM also pulls 1.2V of power consumption. All of these can not only help deliver promised performance, but can save on costs as it can consolidate usage down through density and help avoid shutdowns.

As mentioned above, there are several use cases where denser and higher performing DRAM is ideal or in some instances necessary. Thinking in the terms of density, the easy answer pops to mind of more equals better. However this can get cost-prohibitive quickly. NVRAM is a bridging technology that sits between DRAM and high performance storage technology like NVMe SSDs. NVRAM leverages DIMM slots, limiting the amount of slots available for lower-density DRAM that can be used by a server. The higher 32GB, 64GB or 128GB modules by Crucial can allow users to leverage NVRAM without sacrificing their RAM footprint. 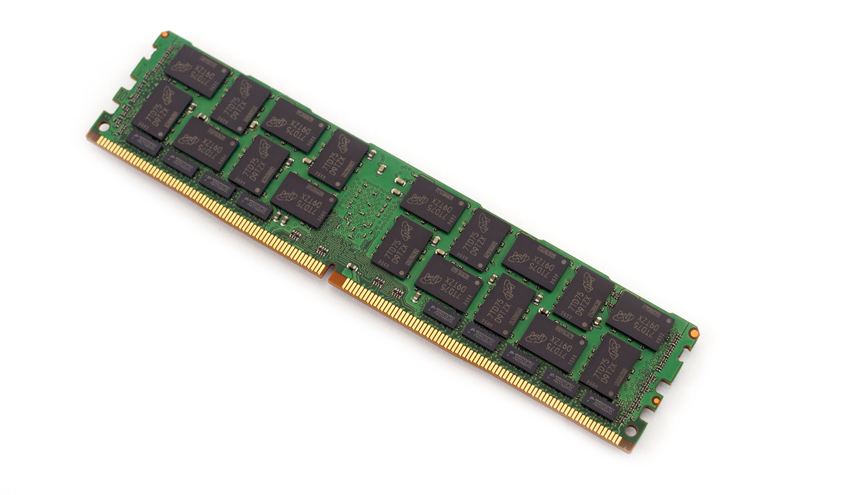 The density can also allow for DRAM planning based on use cases. VDI is an interesting example as new GPUs are allowing for more and more to be done from a graphical design standpoint. VDI for instance can see a big performance drop if each VM isn’t allocated enough RAM. An issue here is that most applications will require more RAM as time moves on. So not only do admins need to determine how much RAM the VMs need at the beginning, they need to have an idea how much they’ll use over time. With higher performing and higher density DRAM admins will have a little more wiggle room with RAM allocation. Of course if the VDI is setup for something simple (call centers or simple data entry), RAM is less of an overall concern.

Virtualization fits in the same boat as the above. Not only are VMs RAM hungry, the more VMs per physical server has the more RAM it will need. The more (or needed) memory VMs have the better QoS they will have. This includes virtualized server applications such as Big Data and analytics, databases, content hosting, email, web hosting, file sharing, and content creation. More memory present in virtualization also means that the unpredictable workloads can be handled better as they arise. This is a trend driven by faster flash offerings, both locally and shared, that allow many faster paced workloads to operate on the same server. StorageReview makes a point to test these scenarios in our server reviews, where we position 4 or 8 of our MySQL VMs on a given server to adequately stress storage and CPU resources. With each database VM being allocated 60GB of DRAM, memory requirements add up quickly.

Aside from just cases where more RAM helps applications, CPUs themselves have to be taken into consideration. Both AMD and Intel CPU’s have been adding more and more cores and are now up to 32 on the AMD EPYC. Having all of these cores means more and more applications that can be ran and again a higher and higher demand for RAM that needs to be met with higher density. As stated above, a motherboard with 12 slots for memory can support up to 1.5TB of DRAM for these new high core count CPUs.

RAM is a bit trickier to benchmark versus our normal barrage of tests. However, we can leverage our existing equipment to show what benefit adding more RAM will have on a system in terms of the amount of workloads it can run and bringing the server to its full potential. To demonstrate this we loaded a Lenovo SR850 with 512GB of RAM and ran our Sysbench workloads that are dependent on RAM when scaling multiple instances of itself on a given platform. Our Sysbench workload is provisioned with 24GB dedicated to MySQL, with the remaining going to system resources. Similar to how customers look at taking full advantage of growing compute resources, you need to make sure enough RAM is installed in the server for all your VMs.

In our transactional test we can see 8VM with eight NVMe drive hit 21,632 TPS while 16VM was able to hit 25,427 TPS. Not all workloads can fully saturate the compute resources themselves, but it does show that there was still performance left on the table without scaling up the workload completely.

The Crucial LRDIMM Server Memory modules bring even more RAM density and performance to servers. The modules run up to 128GB in density meaning that in a 12 memory slot server, users can have up to 1.5TB of RAM per CPU. The new modules also run up to 2,666MT/s in speed. This means applications such as HPC, virtualization, and cloud computing will be able to get faster RAM and enough to suit their needs. All in all, this may lead to cost-savings as well as higher performance, leading to a more effective end user experience.

Denser, high-performing DRAM can lead to a number of improvements in various use cases. It can allow for organizations to leverage NVRAM without giving up too much of its DRAM footprint. For VDI and virtualization, the added RAM can assuage the RAM allocation concerns for a VDI setup and give enough memory to RAM-hungry VMs. And with the core count going up and up in CPUs more applications are running, needing more RAM to hit the desired performance.

For performance, we looked at the benefits of being able to scale our storage-heavy workloads to better take advantage of leftover CPU resources. We saw transactional performance hit 21,632 TPS with 8VM, which is great in of itself, but not completely saturating the compute resources of the server. Moving more Sysbench VMs onto the server, with 16VMs in total, saw aggregate performance increase to 25,427 TPS. As many servers continue to expand their storage and compute capabilities, increased DRAM density can be required to fully take advantage of the resources on hand. For this job the Crucial LRDIMMs are perfectly suited and are heavily utilized in our lab as a result.