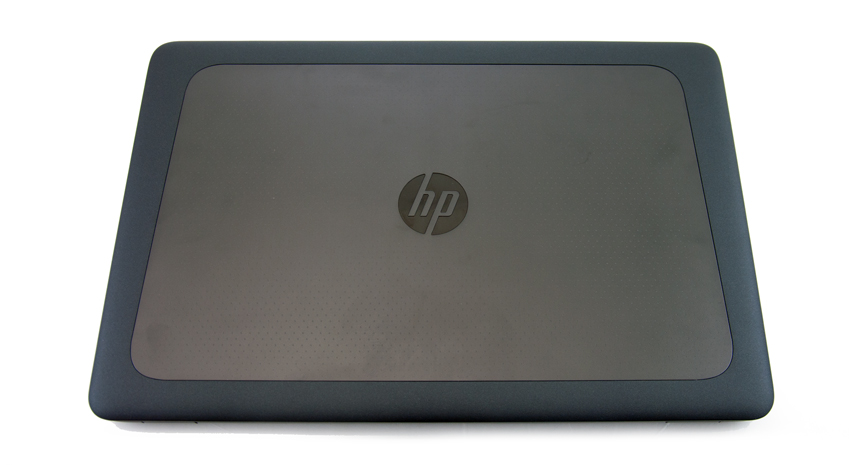 Though marketed as an affordable business-grade workstation (it is HP's entry-level mobile workstation), the price tag will go up for the higher-end options. This includes up to 32GB memory, AMD FirePro professional graphics card, and 1TB HP Z Turbo Drive G2. For those looking for an economical route, however, HP’s mobile workstation features a significant number of other storage options, including various M.2 and SATA drives, as well as an integrated Intel video card.

The HP ZBook 15u has a starting weight of 4.18lbs with a maximum thickness of 19.9mm. Leveraging a 15.6" display area, the 15u comes with a touch screen option, which features a microphone or a dual-microphone array when equipped with the optional webcam. In addition, the keyboard has an integrated numeric keypad as well as a touchpoint interface for those who still enjoy using them over a touchpad. 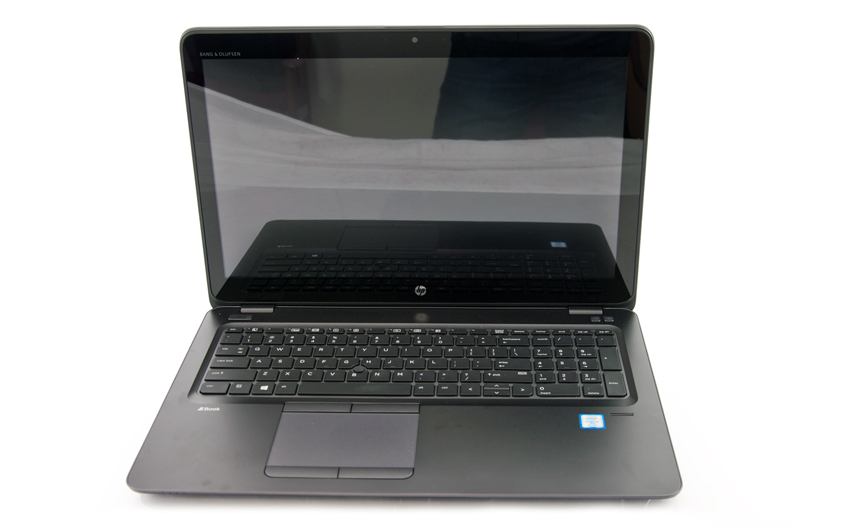 The sides of the workstation house all of the workstation’s connectivity. On the right side is the USB Type-C charging port, a Dual-Mode DisplayPort for optional digital display devices, an SD memory card reader, a combo microphone-in/stereo headphone-out jack, a USB 3.x port, a space-scaling collapsing LAN port, status lights, a SIM card slot and a power connector. HP also leverages fast battery-charging technology, indicating that users can attain 50% battery life with just a 30 minute charge. 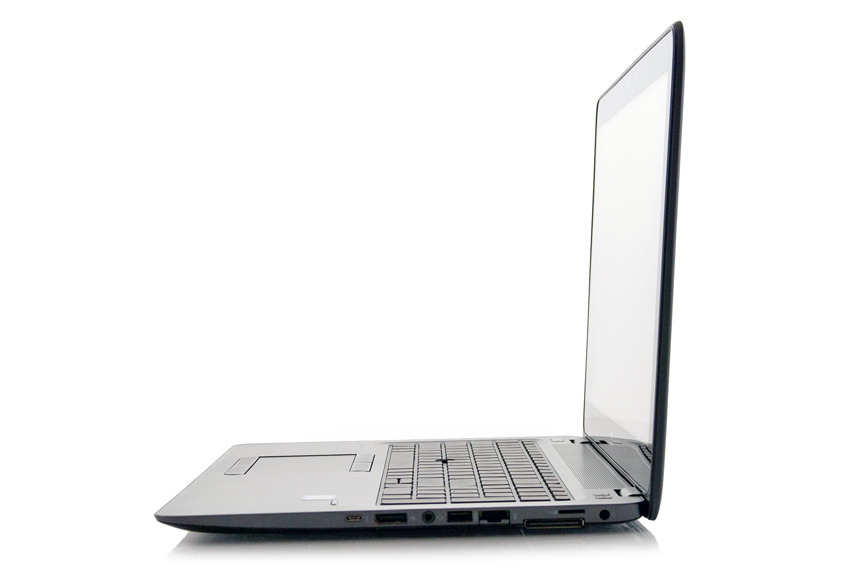 Turning the workstation around to the left side reveals the security cable slot, vents to allow for airflow to cool the internal components, an external VGA monitor port, another USB 3.X port, and a smart card reader. 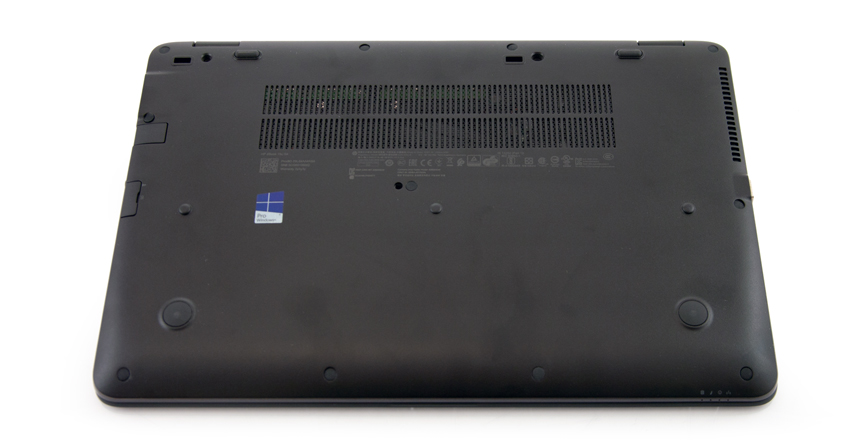 Those looking to purchase the HP ZBook 15u also have the option to use the integrated GPU or the W4190M graphics card, AMD’s latest generation of FirePro mobile GPUs, depending on battery use.

We put the HP ZBook 15u mobile workstation through several benchmarks to showcase its performance during resource-intensive workloads. We also examined the performance of its equipped AMD FirePro W4190M graphics card. Because ZBook 15u is an entry-business workstation, it doesn't quite add up to same power as some of the other ones we've tested recently from Dell. That’s not to say it’s a slouch when it comes to performance, as you can equip the HP mobile workstation with some pretty good hardware.

We will be comparing the HP ZBook 15u to other HP workstations: the mini, all-in-one, and desktop. It may seem a bit like comparing apples to oranges but these tests aren’t set up to show which one is “better” per se. We want to instead to illustrate the performance differential one can see in the products to help customers choose the right device for their workloads. Ultimately, we want to show what you can expect mobile version of HP’s line of workstations.

In our first test, we will look at the SPECviewperf 12 benchmark. This is the worldwide standard for measuring graphics performance based on professional applications. SPECviewperf runs 8 benchmarks it calls “viewsets,” all of which represent graphics content and behavior from actual applications. These viewsets include: CATIA, Creo, Energy, Maya, Medical, Showcase, Siemens NX, and Solidworks.

Using our ESRI benchmark, we look at several aspects of the ArcGIS program; however, we are most interested in the average of the drawtime, average frames per second (Average FPS), and minimum frames per second (Minimum FPS). Looking at drawtime, the 15u showed an average time with 00:00:24.49. Average FPS gave us 53.36 and Minimum FPS showed the 15u performing at 24.47.

Our last benchmark is PCMark, which is a tool that calculates the performance at the system and component level and most often represents typical home user workloads for all types of PCs, including tablets, mobile workstations, and desktops. While there are multiple categories that PCMark tests (including typical work usage, home usage, and creative usage), we will only be looking at the storage benchmark for this review.

The Storage PCMark tests the performance of any drives installed in the system, leveraging traces recorded from Adobe Creative Suite, Microsoft Office and a selection of more popular video games to measure real-world performance differences between storage devices. Here, the HP ZBook 15u posted a score of 5017 with a bandwidth of 358.54 MB/s using a Toshiba XG3 M.2 NVMe SSD. These results were slightly better than the HP z640 desktop solution (which leveraged two Z Turbo Drives), though it was well below the HP Z2 Mini.

The HP ZBook 15u is a 15” business class mobile workstation. Being an entry business workstation means that it is both more affordable but lacks the performance wallop of the other workstations such as the HP desktops we’ve reviewed. Still, the workstation offers 7th generation Intel Core i5 or i7 CPUs, up to 32GB of DDR4 2133 non-ECC memory, up to 1TB of M.2 NVMe Z Turbo drive storage, and a slew of connectivity ports for most use cases. The 15u is highly customizable as well so users can save on costs by configuring the workstation to their needs. For graphics the 15u offers an integrated and dedicated GPU option with the Intel HP graphics 620 and an AMD FirePro W4190M.

For performance we look at both our graphics-intensive benchmarks SPECviewperf, SPECwpc, and ESRI as well as the PCMark test for storage. For comparisons we look at other workstations in HP’s family. We are less interested in which one is better (the 15u is a entry-level business-grade model and won’t hold its own against the more high-end models; HP does, however, three other mobile workstations with its ZBook 17 being much more performance oriented) and more interested in demonstrating what users can expect from each model next to each other. That way, users will be able to easily select the type of workstation that best fits their needs.

On the graphics side of things the 15u performed a little less than half of the next closest in terms of performance, the Z1 all-in-one. Again it is to be expected and it not really a surprise. On the ESRI test Average FPS the 15u did hit a score of 55.36, which is not too far under the Z1’s 72.6. On the storage side of testing, the 15u scored in line with the other HP drives with a PCMark score of 5,017 and a bandwidth of 358.54MB/s, both scores were actually higher than the z640 desktop.

The HP ZBook 15u gives users on the go enough performance for a variety of tasks without breaking the bank.