The Komputerbay 600X UHS-1 128GB SDXC memory card comes in 64GB and 128GB capacities and are built for transferring all types of media files to SDXC-compatible electronic devices, such as digital cameras, digital camcorders, digital printers. Additionally, it will offer consumers a built-in security feature, which allows them to store, play, and download secure content.

The Komputerbay 600X UHS-1 128GB SDXC memory card comes in 64GB and 128GB capacities and are built for transferring all types of media files to SDXC-compatible electronic devices, such as digital cameras, digital camcorders, digital printers. Additionally, it will offer consumers a built-in security feature, which allows them to store, play, and download secure content. 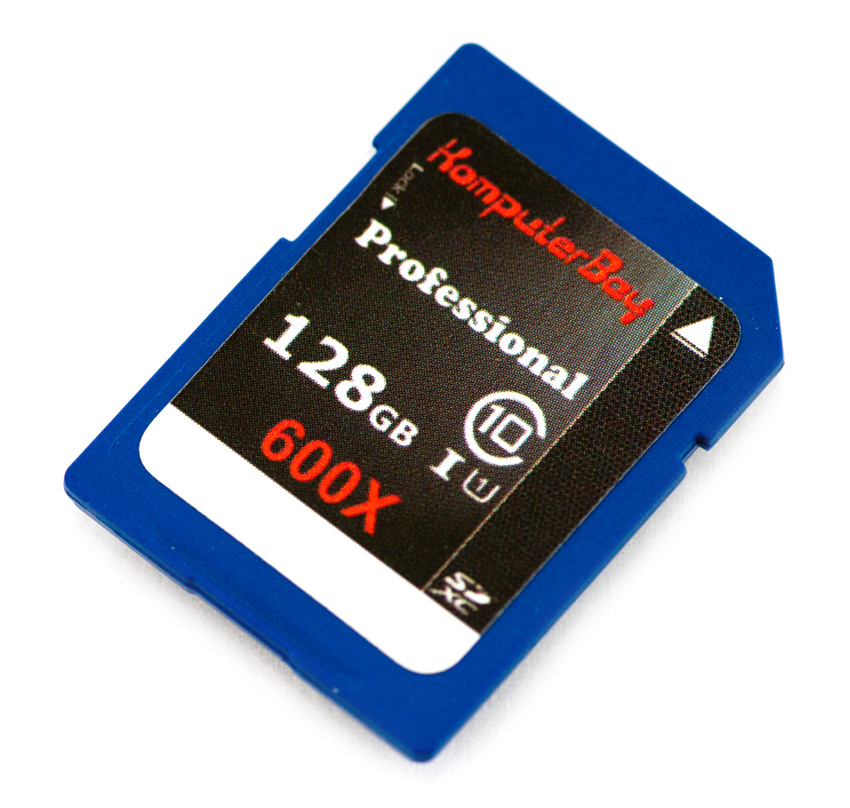 SD cards have become increasingly complex in recent years while more and more consumers and enthusiasts are looking for devices that have decent speed with at least a mid-tier level of performance. Basically, consumers want the ability to process their images and videos as fast as possible; and at a good value. Komputerbay, who only arrived to the storage scene in 2009, claims that it will deliver speeds up to 60MB/s Write and 90MB/s Read. The Komputerbay SDXC 128GB also features Speed Class UHS-1 and Class 10 video recording rating. With those specifications, Komputerbay cards seem to be an affordable option instead of going for the seemingly higher-end memory cards.

The Komputerbay 128GB SDXC is available now at a street price of $75.00 for the 128GB and $40.99 for the 64GB. That price is inclusive of a life-time warranty. Our review card is the 128GB model. It should be noted that this card is only compatible with SDXC-labeled host devices and is not compatible with standard SD and SDHC devices.

The Komputerbay Series card features a design in line with its other memory card products; a royal-blue casing with its logo and simple design located on a sticker. The top of the card also features speed class information. 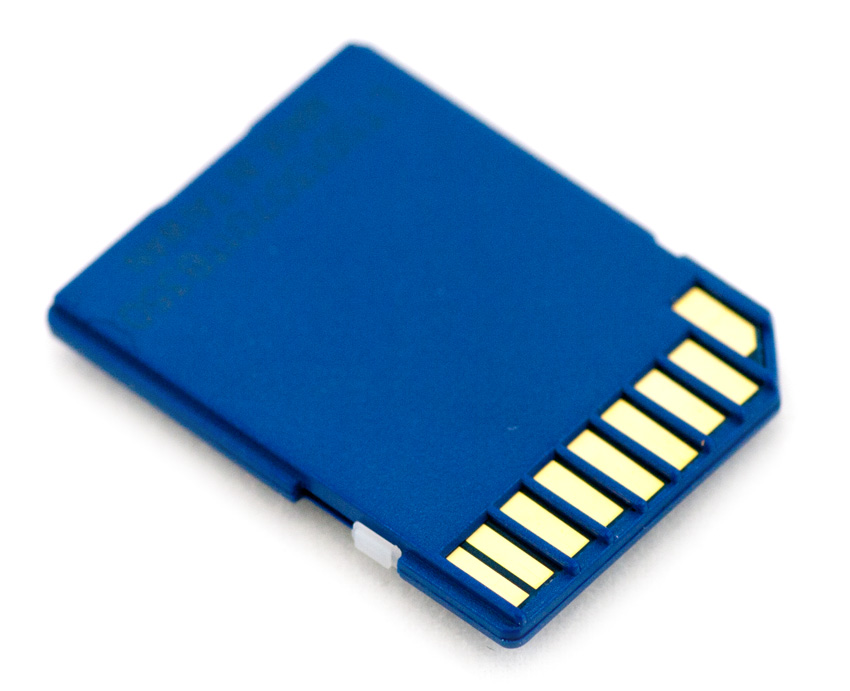 The reverse side of the card features 8 gold connector pins; there is no additional card information on the back.

The KomputerBay SDHC card in this review is a 128GB capacity and is their largest offering in size. We include the following comparables from our database of memory card reviews:

Switching to random large-block transfers, we measured 79.2MB/s read with a write speed of 10.3MB/s for the Komputerbay SDXC 128GB card. In contrast, the Samsung SDXC Pro Series posted a score of 67.5MB/s read and 7.0MB/s write. The Lexar Professional tallied in at 79.6 MB/s read and 10.8 MB/s write, just slightly better than Komputerbay card.

Komputerbay has only been in the industry for a few years, but it held its ground quite well. Though companies like Samsung make their own NAND (KomputerBay coincidentally uses Samsung Taiwanese-built NAND) for better reliability and compatibility, Komputerbay has shown that it can keep up with the big guys, as there is little difference between them across brands anyway.

The Komputerbay 128GB SDXC is a memory card in the mainstream category that the company quotes performance figures of 90MB/s for sequential reads and 60MB/s for sequential writes. The SDXC card has High speed Class 10 / UHS I rated video recording ratings, which indicate that the cards are capable of reading and writing HD video and high-resolution images. The Komputerbay 128GB SDXC cards are offered in 64GB, and 128GB capacities, with its very competitive price point. The 128GB capacity that we’ve reviewed is available with a street price of roughly $75.00.

In terms of tested performance, the Komputerbay 128GB SDXC posted results were a bit below the quoted figures. In our testbed the memory card came in at 81.3MB/s for sequential reads and 58.3MB/s for sequential writes. That said, the card is very competitive with the others in this class, essentially posting read speeds at the top of the class and writes that were much faster than the others.

The Komputerbay 128GB SDXC is a flash card designed for consumers looking to avoid compromising on either value or performance. The 128GB SDXC ships with a relatively low street pricing, a great warranty, and class-leading transfer rates.