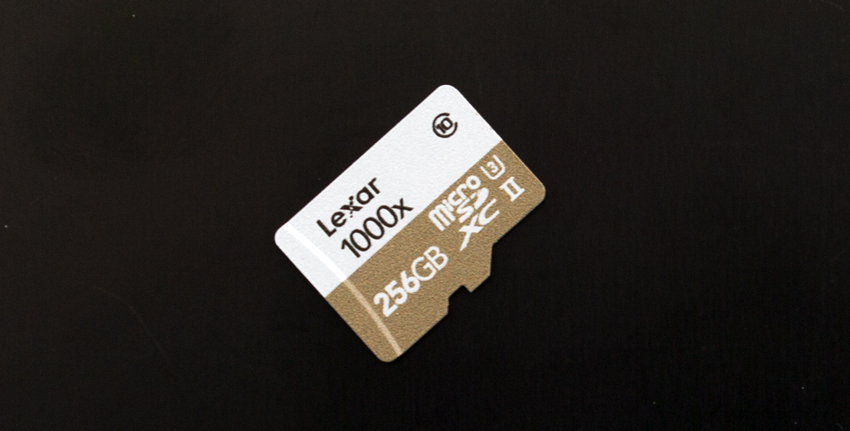 This combination of performance and capacity makes it an ideal microSD card for a range of applications such as current-gen tablets, smartphones, and camcorders. A high capacity point (as well as speedy performance) is perfect for consumers who use microSD cards in drones and cameras like GoPros, as they have less time and opportunity to switch out memory cards. Moreover, Lexar has made sure that the new Professional 1000x cards successfully completed the ‘Works with GoPro’ verification process. It is also backward compatible with UHS-I devices.

Those who purchase a Lexar Professional 1000x memory card also get a lifetime downloadable copy of Image Rescue, software that can recover most photos and video files that have been erased or corrupted.

Lexar Professional memory cards are backed by a limited-lifetime warranty while the bundled USB Ready comes with a 1-year warranty. The 256GB model is currently priced at $260.

The Lexar Professional 1000x continues to use the same type of design of company’s microSD cards only with a different color scheme (light brown and white). It’s branded with the usual Lexar logo, model type, class, and speed. 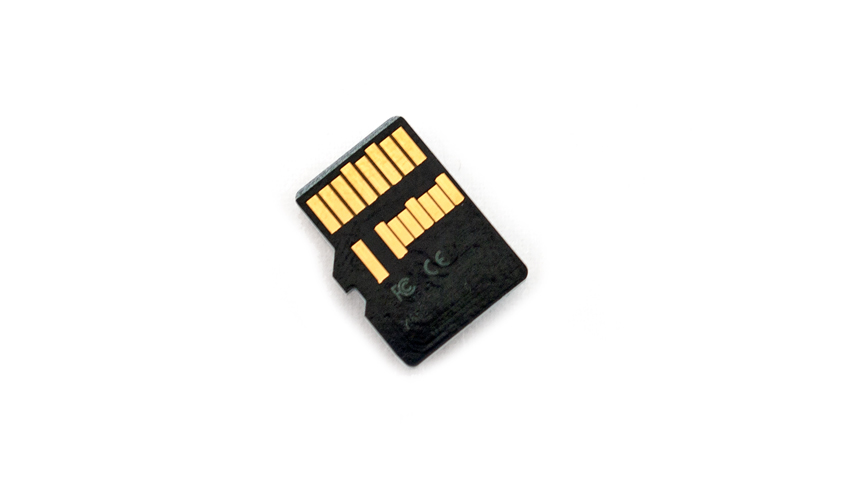 Bundled with the Professional 1000x is a nicely designed, compact micro SD UHS-II USB 3.0 reader for high-speed file transfers from card to computer. 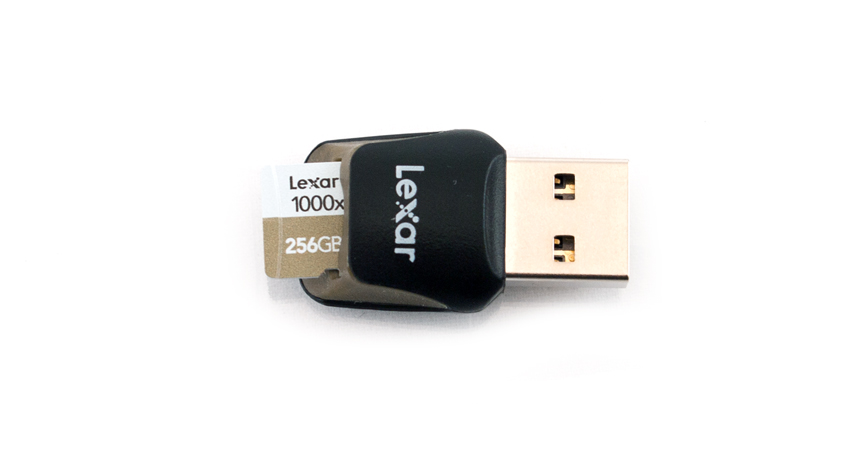 We will be comparing the Lexar microSD to the following cards:

Note: The SanDisk Extreme Pro is one of the company’s premium and most expensive offerings, while the EVO Plus line is Samsung’s mid-range card. As we indicated above, this Lexar card is the company’s top-class model.

Using our Consumer Testing Platform, we measured transfer speeds from the 256GB model. In a 2MB sequential test, the Lexar microSD card posted 156.79MB/s read and 142.69MB/s write. In the same scenario, the new Samsung EVO Plus posted 92.15MB/s read and 84.62MB/s write while the SanDisk Extreme Pro microSDXC achieved reads of 90.9MB/s and writes of 74.7MB/s.

When comparing random large-block transfers, the new Lexar card slowed down significantly with just 14.03MB/s in writes; however, reads were very impressive with 146.49MB/s. In comparison, the last EVO Plus recorded a crawling 1.15MB/s write and a decent 85.72MB/s in reads. The SanDisk Extreme Plus posted read and write speeds of 85.9MB/s and 43.8MB/s respectively.

Overall, the new Lexar Professional 1000x is a nice addition to the company’s memory card portfolio and to the general microSD market. With its 256GB capacity, this Lexar card can store a massive amount of media in high-end mobile devices (such as cameras, smartphones, and tablets) while reducing the need to switch out memory cards when space becomes limited. This is particularly useful for professionals on the go and those who have limited access to their devices when in use like drones and GoPros.

The 1000x 256GB also showed very good numbers during most of our performance benchmarks. Lexar quoted their new microSD card to hit 150MB/s read and 90MB/s write, which it handily beat during our 2MB sequential test with 156.79MB/s read and 142.69MB/s write. It did, however, show noticeably slower write speeds during our random test (only 1.15MB/s); though its read speeds were more in line what was expected (146.49MB/s).  As far as comparing cost vs. performance, the pricing of the 1000x 256GB is virtually identical to that of the Samsung EVO (same capacity); however, the Lexar card offers noticeably better performance as demonstrated above.

Those looking for high-capacity and speedy performance in their microSD card will find that the Lexar Professional 1000x certainly delivers on these requirements and more.