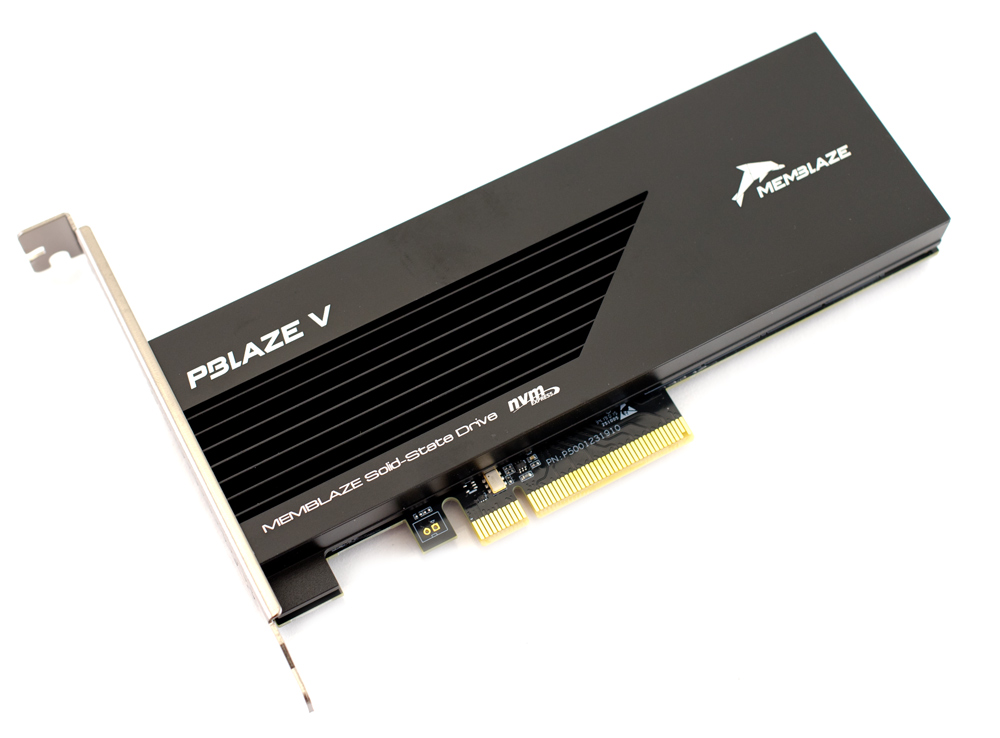 The 920 Series comes in two endurance ratings, either 1 drive write per day (DWPD) or 3 DWPD. This creates four distinct drives, segmented on form factor and endurance. The AIC form factors are designated as C920 and C926, with the C920 being the more read centric drive and the C926 carrying that 3 DWPD endurance rating. Similarly, the U.2 drives are the D920 and D926, matching up the same way on endurance. The lower endurance drives come in 3.84TB and 7.68TB capacities in both farm factors. Similarly the 3 DWPD SSDs come in 3.2TB and 6.4TB capacities across both families. The prior 916 Series drives did have a higher capacity model, that Memblaze has dropped this time around, likely due to lack of volume. 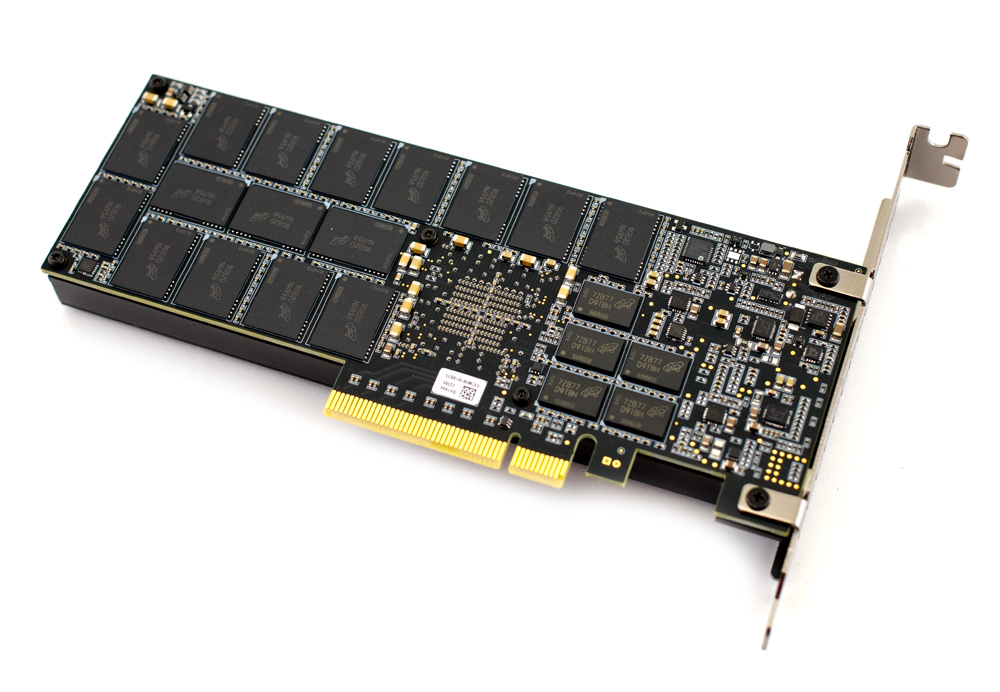 Memblaze has a number of key features embedded in these SSDs. On of our favorites is the ability to upgrade drive firmware without reset. This means drives can be updated without having to reboot the server. Memblaze has also added what they call “Quota by Namespace.” The drives now support 32 namespaces, that each have a different AES-256 key to encrypt data. Within these namespaces, non-critical applications can be limited to ensure QoS of more important applications. The drives also support a number of featured to ensure data reliability including; LDPC error correction, AES-256 bit data encryption, full data path protection, T10 PI end-to-end protection, and enhanced power fail protection.

Here is our video overview:

Here, we see the Memblaze PBlaze5 C926 land in the bottom third of the “middle” performers with a rendering of 2,883 seconds, down about 44 seconds from the 916. 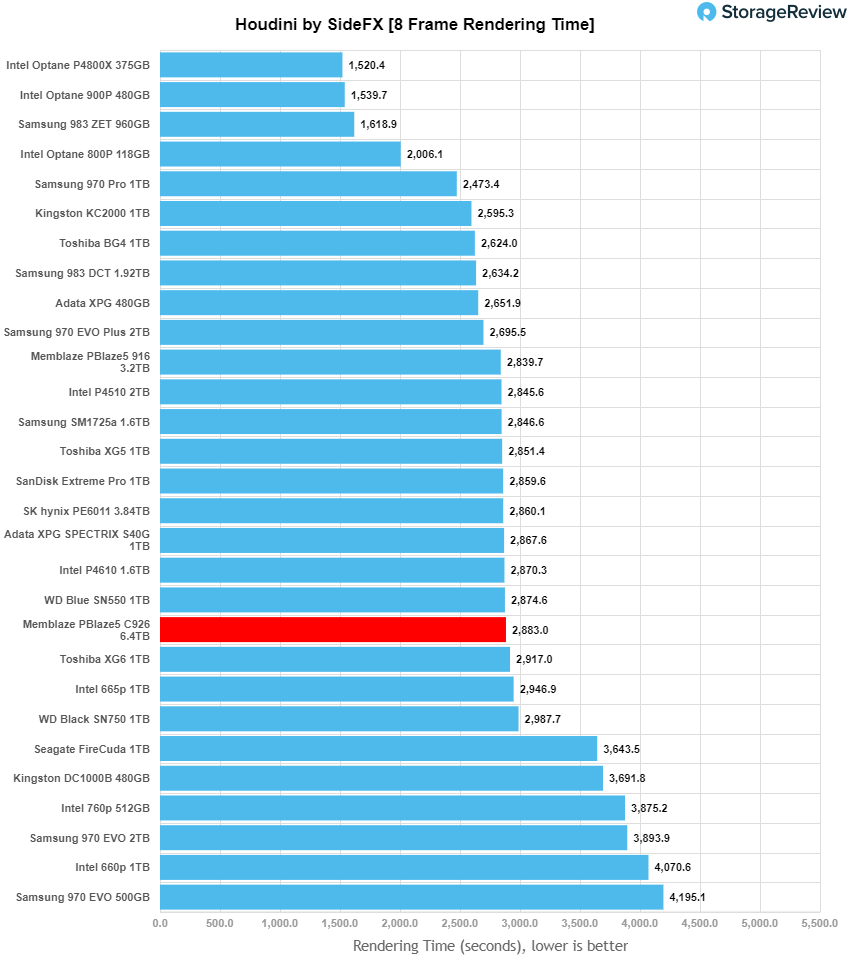 With the Sysbench transactional benchmark, the Memblaze PBlaze5 C926 had an aggregate score of 8,751.6 TPS compared to the previous 916’s 9,298 TPS aggregate score.

In our first VDBench Workload Analysis, Random 4K Read, the Memblaze PBlaze5 C926 AIC ran fairly close to the 916 throughout but finished just behind with a peak score of 789,134 IOPS with a latency of 159.8µs.

For 64K sequential write the C926 again tracked with the 916 for the most part before going on to peak higher (at about 43K IOPS or 2.7GB/s at a latency of roughly 200µs) before falling off some and dropping below the other drive.

VDI LC Initial Login showed the same as the FC test above, the C926 pulled ahead to take the top spot with a peak score of 55,977 IOPS at a latency of 141µs.

Memblaze expanded the PBlaze5 line with the introduction of the 920 Series. The primary difference in the new line of drives is the NAND moving from 64-layer to 96-layer. The new series in broken into two type by DWPD, either 1 or 3. It is further sub-divided by form factor and capacity. For this particular review we looked at the Memblaze PBlaze5 C926 HHHL AIC form factor aimed at those that need higher performance and higher endurance storage.

For performance we compared the drive to another Membalze AIC SSD, the Memblaze PBlaze5 916 AIC. While the newer drive is typically expected to performance better, especially with a company like Memblaze. However, the previous 916 beat out the C926 in nearly every category. Not but much, but it did pull ahead. For Application Workload Analysis, we saw the C926 hit 2,644.2 TPS with an average latency of 2ms in SQL Server. Just under the 916 in both cases. For Sysbench the drive hit 8,751.6 TPS, 14.6ms average latency, and 26.4ms worst-case scenario latency, again trailing the 916 by a bit in each test.

While trailing an older drive in the PBlaze 5 series, the new Memblaze PBlaze5 920 series still puts up good numbers. The edge-card model works well in legacy server platforms without 2.5″ NVMe bays, or servers that need the added bandwidth from a single drive that U.2 PCIe Gen3 SSDs can’t match. Overall Memblaze continues to put out quality enterprise SSDs that are built to meet the needs of the mainstream market.