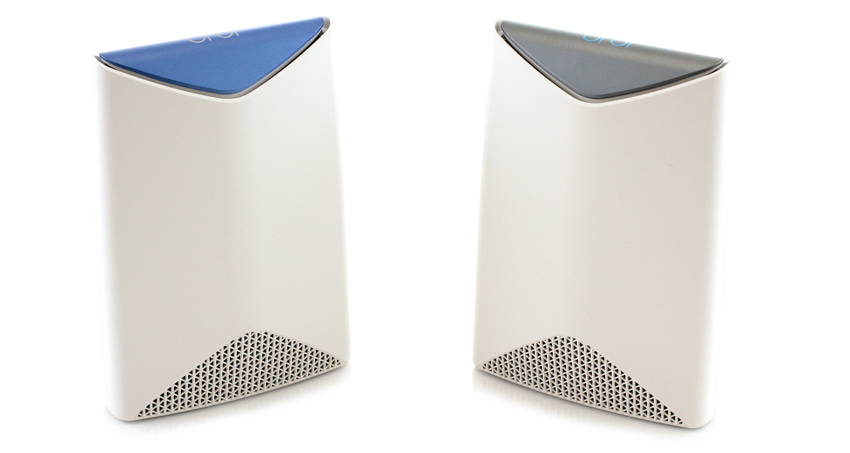 WiFi is almost a requirement for most small businesses including professional offices, restaurants, retail, bed and breakfast inns, and coffee shops. However, setting up these systems can be a pain. Noting this, NETGEAR set out to make set up fast and easy without extensive cabling or the need to get an IT professional involved. The Orbi Pro levergaes NETGEAR’s Fastlane3 technology (comprised of Tri-band WiFi, a dedicated WiFi link, and an optimized antenna design) and combines it with easy setup and management to give small business up to 10,000 square feet of coverage.

The Orbi Pro comes with three pre-defined WiFi networks for traffic separation, this can be admin, employee, and guest (or admin, employee, and customer or at home: admin, home users, and guests). This adds an extra layer of security to users’ network settings. The Orbi Pro can also scale if the business grows. With the satellite that comes with the system the system covers 5,000 square feet, but if the business grows out physically, another satellite can be added to cover up to 10,000 square feet. The system supports speeds up to 3Gb/s (with 1.7Gb/s from router to satellite).

The NETGEAR Orbi Pro is available now and starts at $500 for the base system and one satellite.

As far as design goes both the base station and the satellite are near identical (the may difference being the color on top). The devices are roughly ten inches tall and weigh about two pounds making them easily portable. 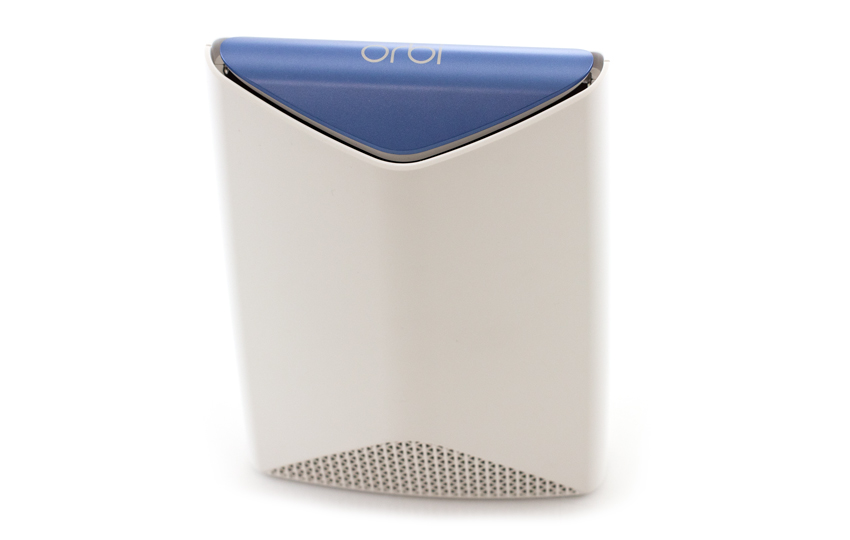 The bottom rear of both devices have 4 ports, a power button, reset button, and power input port. Of the Ethernet ports, one is a WAN port and the other seven are LAN ports. The LAN ports on the satellites are excellent for wired connections (for devices without WiFi such as some PCs) without the need to run extensive Ethernet cabling through the office. There are mounting kits included if one wanted to mount the Orbi to the wall or ceiling. 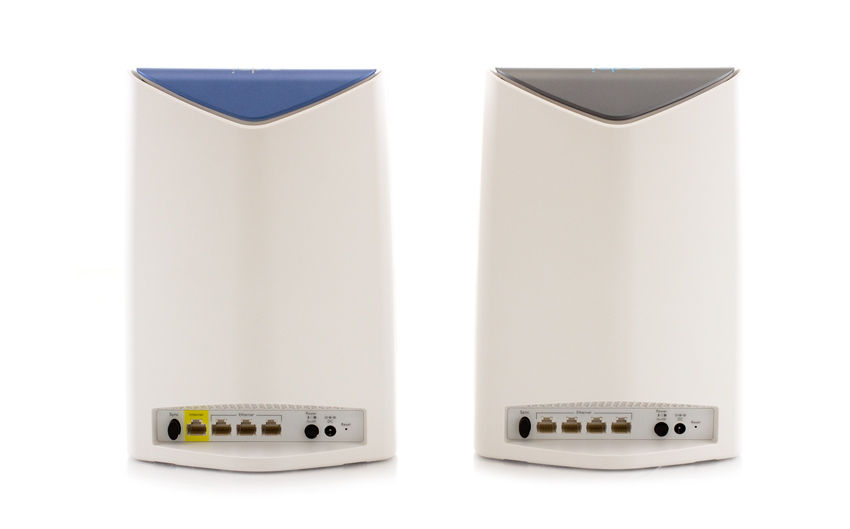 Setting up was super simple and took less than five minutes. One needs to simply unplug their router, plug the router into the Orbi with the Ethernet cord included, and then plug the satellite in near the center of the building. Once everything is plugged in, just go to a computer or mobile device, enter the network and password found on the Orbi in network settings of the device chosen. From here it was simply a matter of opening the Orbi App and following the instructions on how to finish setup.

Setting up the satellite was equally simple. One simply needs to plug it in and follow the different pulsing colors. In the case of the setup for this review, the satellite flashed white for roughly a minute before turning blue (strong connection). Amber would indicate that the satellite was too far away and Magenta meant that it failed and needed to be tried again or moved closer. In our case there was no need for any intervention as it had a strong connection right off the bat.

The Orbi Pro is managed though a free mobile application. The app is intuitive and simple. The main screen has a basic read out as to whether or not the internet is up and how many satellites are connected. Beneath that are four options including WiFi Setting, Device List, WiFi 2 (if one chooses to set up a guest WiFi for instance), and a Speed Test. At the very top left had side is yet another option that functions as the Orbi Settings with options such as Orbi information, the ability to add an additional satellite, new setup, support, about, and logout of the account. 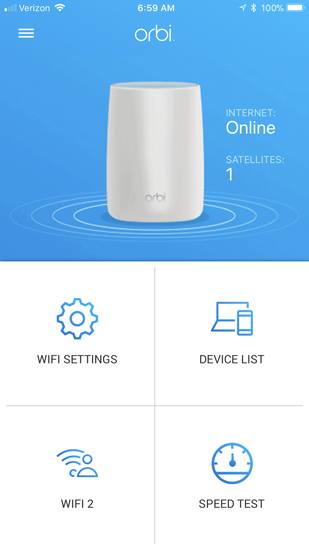 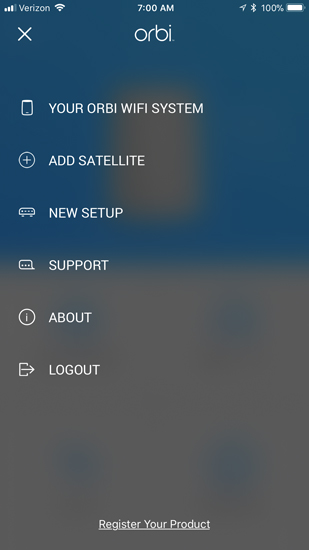 The device list is, as stated, a list of connected devices including smartphones, tablets, and other smart devices. The speed test is the free test anyone can run through Ookla. 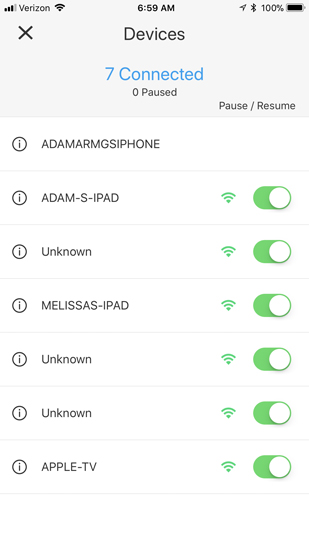 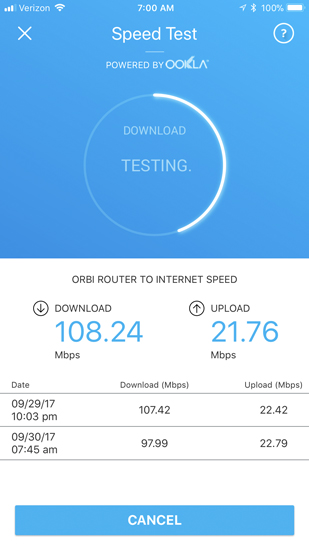 NETGEAR’s Orbi Pro is a WiFi system aimed at SMBs that is easy to deploy and manage. Orbi Pro has three dedicated WiFi networks to separate traffic and add a layer of security. It also comes with wireless satellites that can expand coverage up to 10,000 square feet and are useful for wired connections without the need for extensive cabling. The Orib Pro supports up to 3Gb/s (1.7Gb/s from point to point) and can scale as the business grows.

We deployed the Orbi Pro in a prosumer residential location consisting of a Cape Cod style home that suffers from WiFi dead spots and a weak signal once a device is more than twenty-five feet from the router. After a few minutes to set it up, the change was immediate and dramatic. WiFi that was weak on the upper floors was as strong as being right by the router. An older all-in-one, that is used primarily in the office upstairs, can now stream video and load sites as quickly as the newer notebook downstairs by the router. An old tablet upstairs can now stream media without the annoying buffer every few minutes interrupting the program. The speed was more consistent as well. One could easy watch a 4K movie, skipping around with little buffering, on the other side of the house from the router.

The NETGEAR Orbi Pro is an excellent WiFi system that is ideal for SMB and SOHO that need secure, fast WiFi and don’t want to spend the time or money in a complicated deployment.