The QSAN XCubeNAS XN5004T is a NAS designed for Workgroup and SMB use cases. Powered by a Intel Celeron 2.9GHz Dual-Core Processor, the 4-bay XN5004T is one of the two models from XN5000T NAS series. It comes equipped with up to 32GB SO-DIMM (8GB standard), an HDMI port, four 1GbE LAN (RJ45) ports, five USB 3.0 ports and a has a maximum capacity of a generous 58TB. It also features an on-board SATA SSD slot to increase overall system performance.

The QSAN XCubeNAS XN5004T is a NAS designed for Workgroup and SMB use cases. Powered by a Intel Celeron 2.9GHz Dual-Core Processor, the 4-bay XN5004T is one of the two models from XN5000T NAS series. It comes equipped with up to 32GB SO-DIMM (8GB standard), an HDMI port, four 1GbE LAN (RJ45) ports, five USB 3.0 ports and a has a maximum capacity of a generous 58TB. It also features an on-board SATA SSD slot to increase overall system performance. 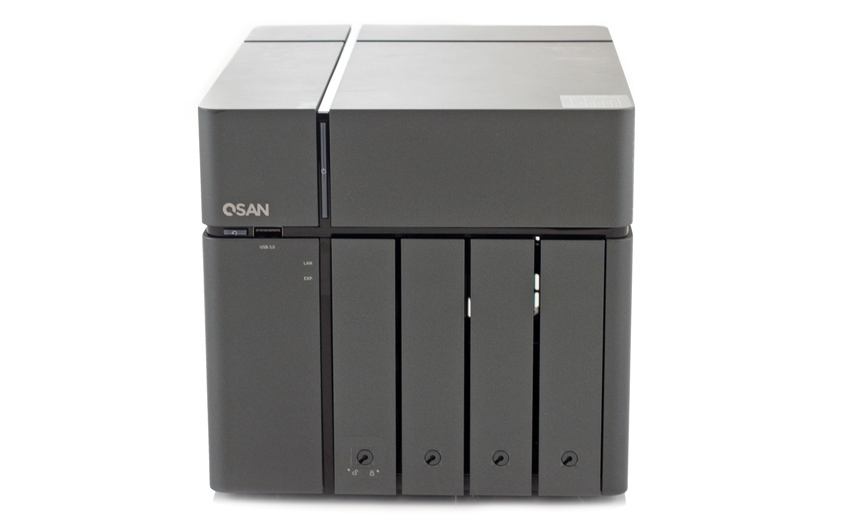 To further increase its flexibility, the QSAN has equipped the XN5004T with an additional a PCIe expansion slot, which can be outfitted with either a 10GbE card or a Thunderbolt 3.0 adapter. The latter gives the NAS a speedy 40Gbps data transmission rate, turning the XN5004T into a viable solution for demanding throughput environments, such as video/photo editing and high-speed external device data backup applications.

The QSAN XCubeNAS XN5004T supports a range of RAID levels, allowing users to ensure the protection and integrity of their data. Users can also create custom storage pools and auto-categorize data based on their usage patterns. This is a common feature among NAS solutions: often-accessed data is moved to the faster disks (i.e., the SSD in this case) for better performance, while rarely-accessed data is moved to slower disks. The SSD can also be used as part of QSAN’s deduplication technology, which is rare to see in a NAS of this class.

The XCubeNAS XN5004T features a very modern, slick-looking build, which is highlighted by its charcoal-colored enclosure. QSAN has also went with a minimalist design for the front panel.

Below the QSAN logo is the USB copy button (with an LED indicator for USB Status) and one of its USB 3.0 ports. Also on the front panel are the LED indicators for the LAN status, Expansion Unit status and the HDD and SSD statuses, the latter which runs horizontally above each bay.

The small form factor bay for the SATA SSD are located at the left side of the system. The Large Form Factor Large form factor slots drive trays feature both 3.5-inch and 2.5-inch mounting holes. Users can populate them with up to 10TB drives in the 3.5 inch HDD bays. The XN5004T uses a screw-less tray design for its trays, making it very easy to install drives.

The XCubeNAS XN5004T comes with 8GB of DDR4 SO-DIMM RAM (built-in), which can also be easily expanded to up to 32GB without any tools, as users have easy access to the service door on the front panel. 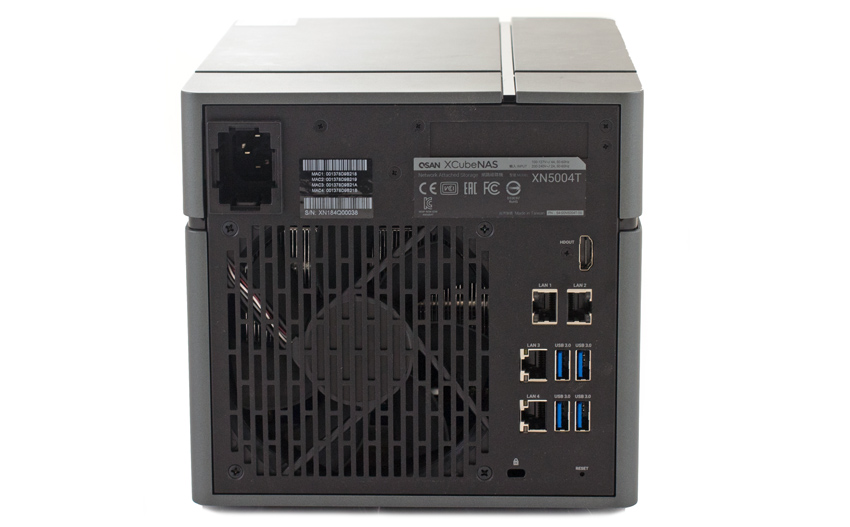 Turning around the XCubeNAS XN5004T reveals the rest of the connectivity: a power port, an additional PCIe Slot for expansion (Gen3 x 8), an HDMI Port, the Gigabit LAN Port, the remaining four USB 3.0 ports, a Kensington Lock and the usual reset to factory default button. 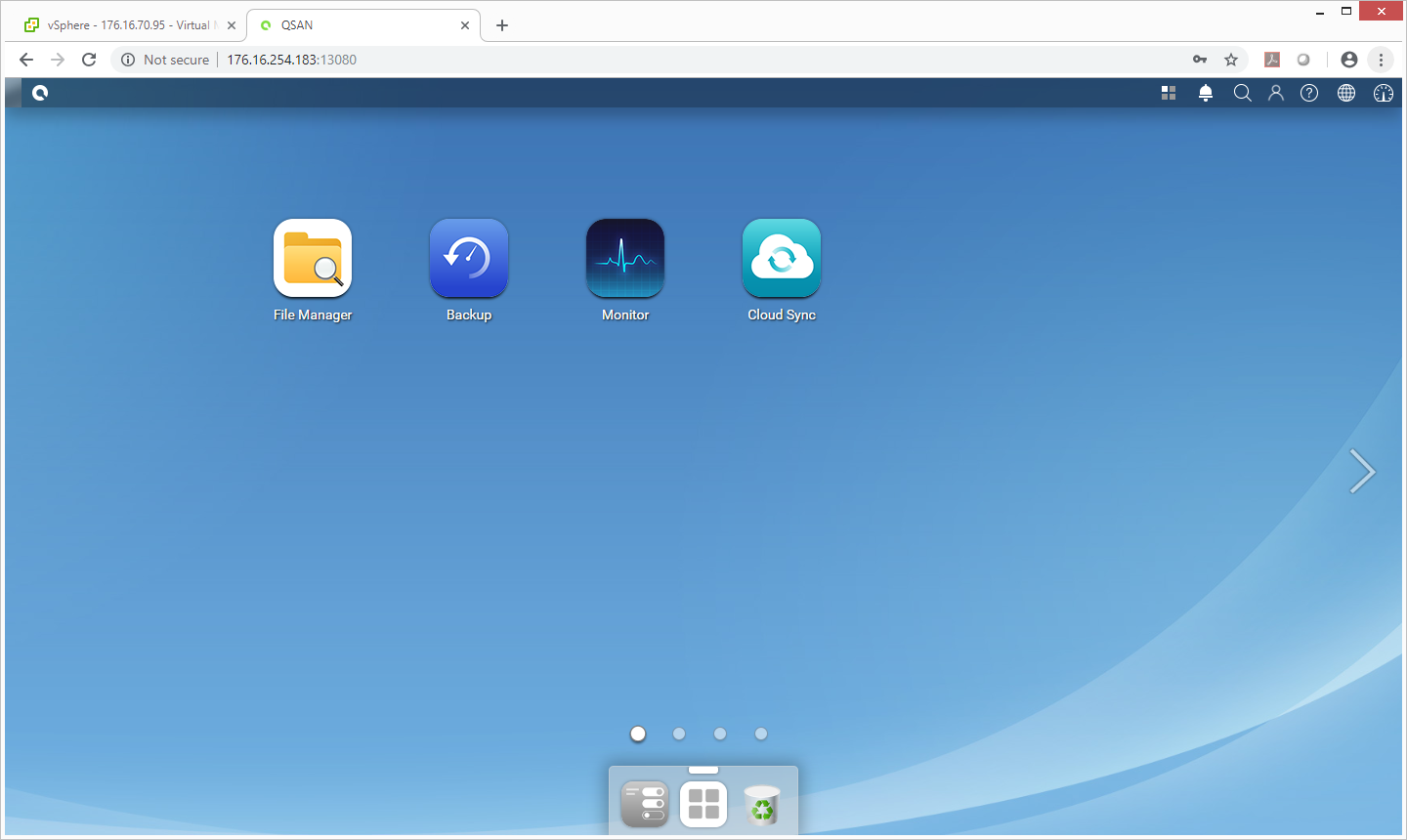 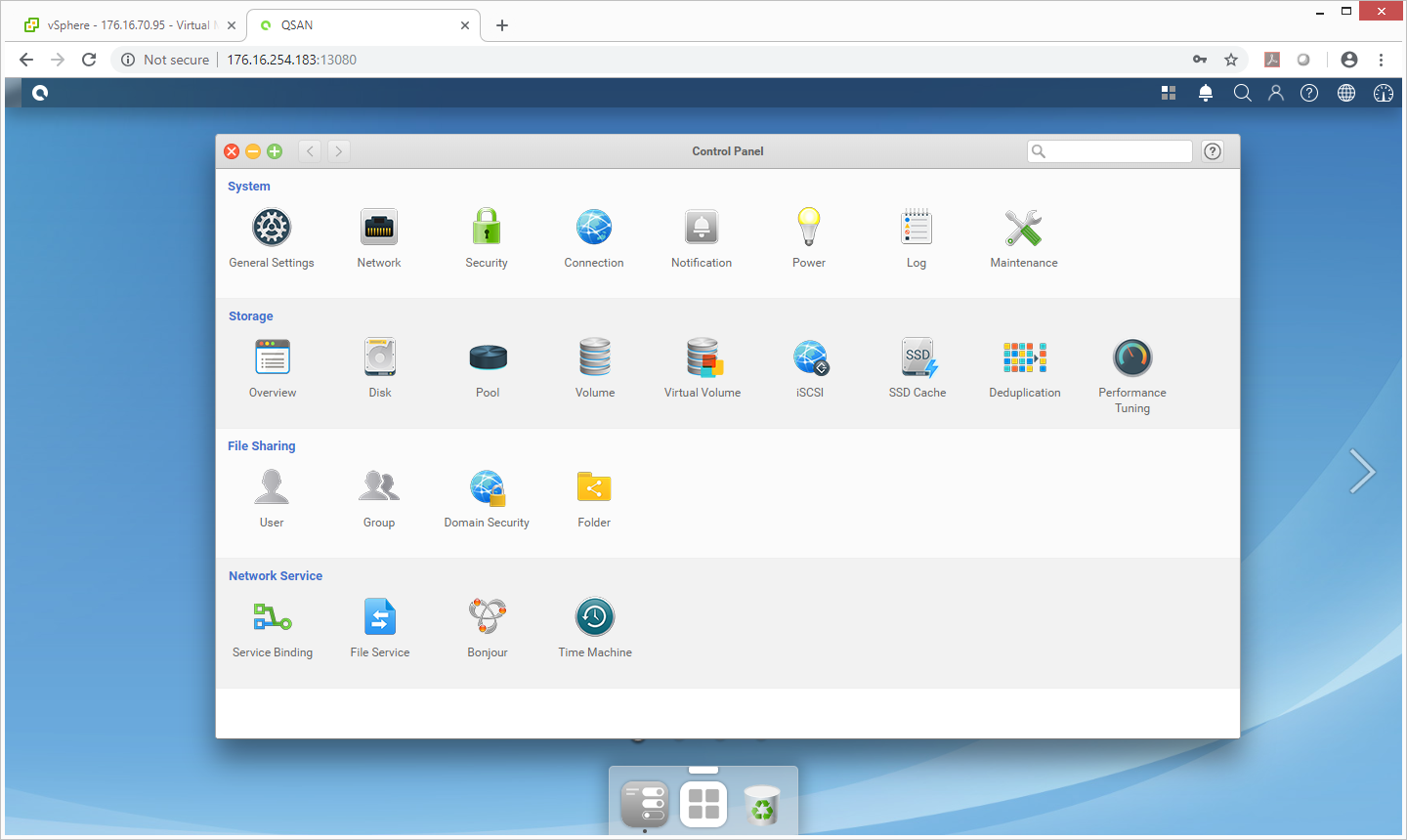 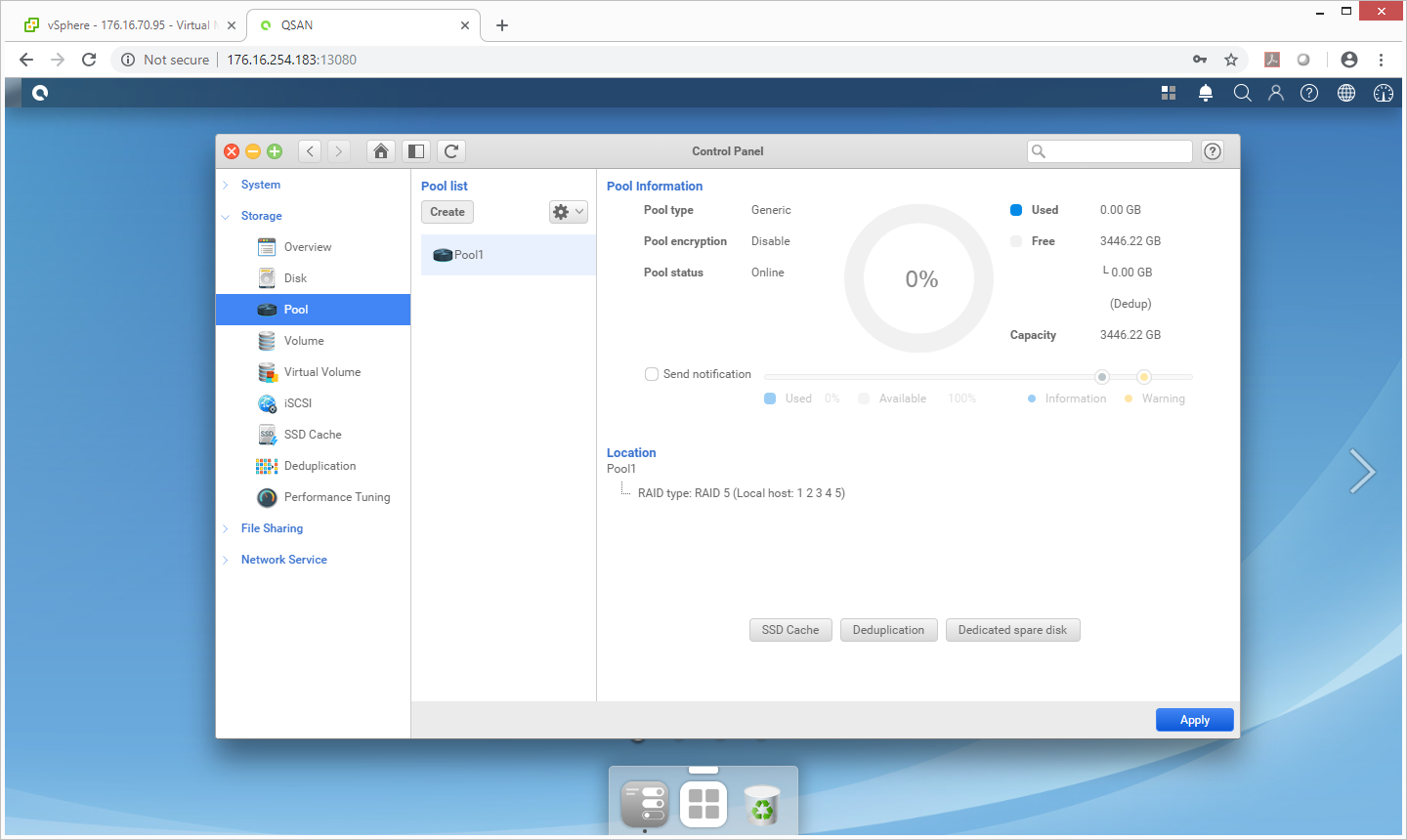 The Folder Map shows the users and group permissions for each shared folder on the XCubeNAS or domain server by clicking the folder icon. Simply click the account name to access the User or Group page’s account settings. 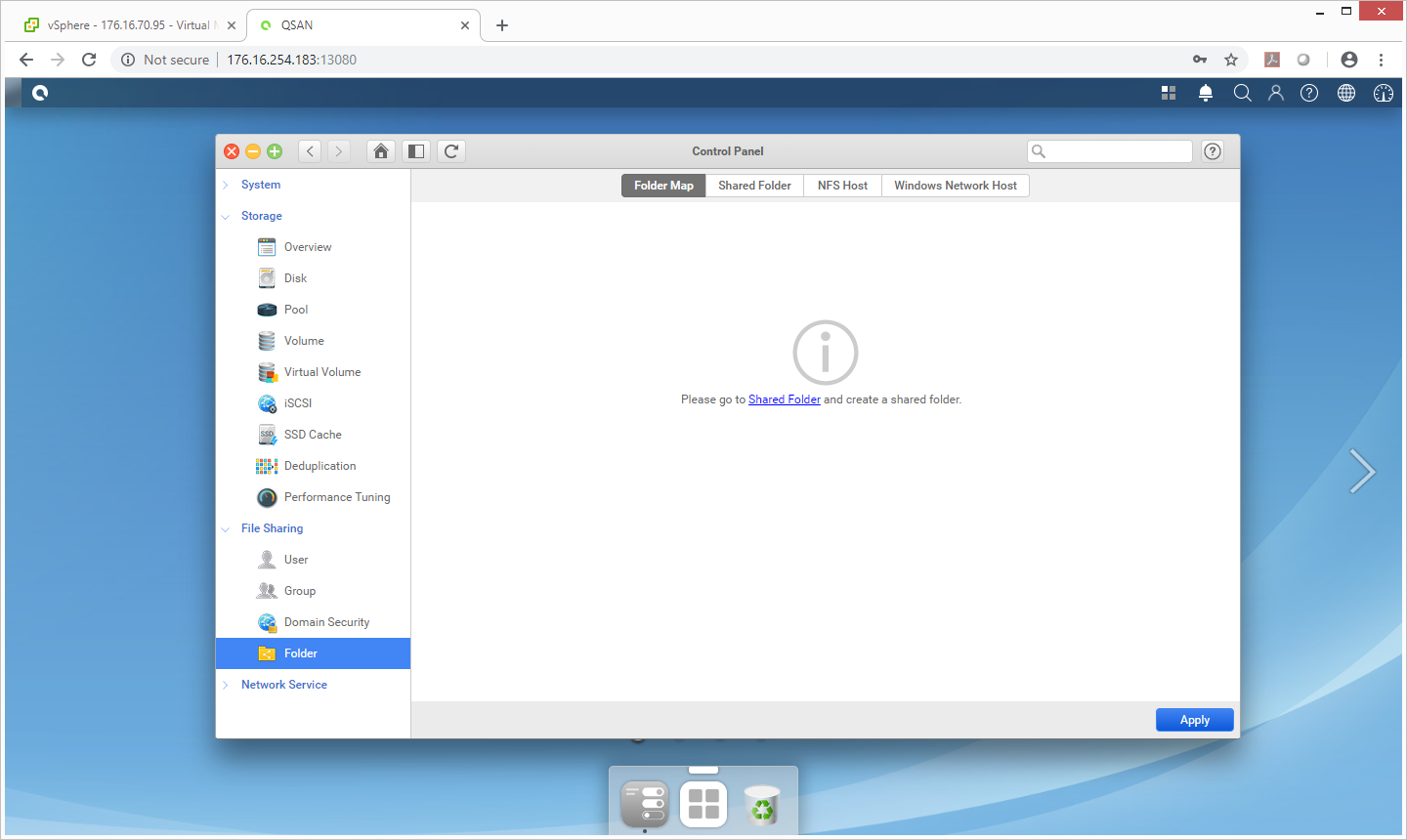 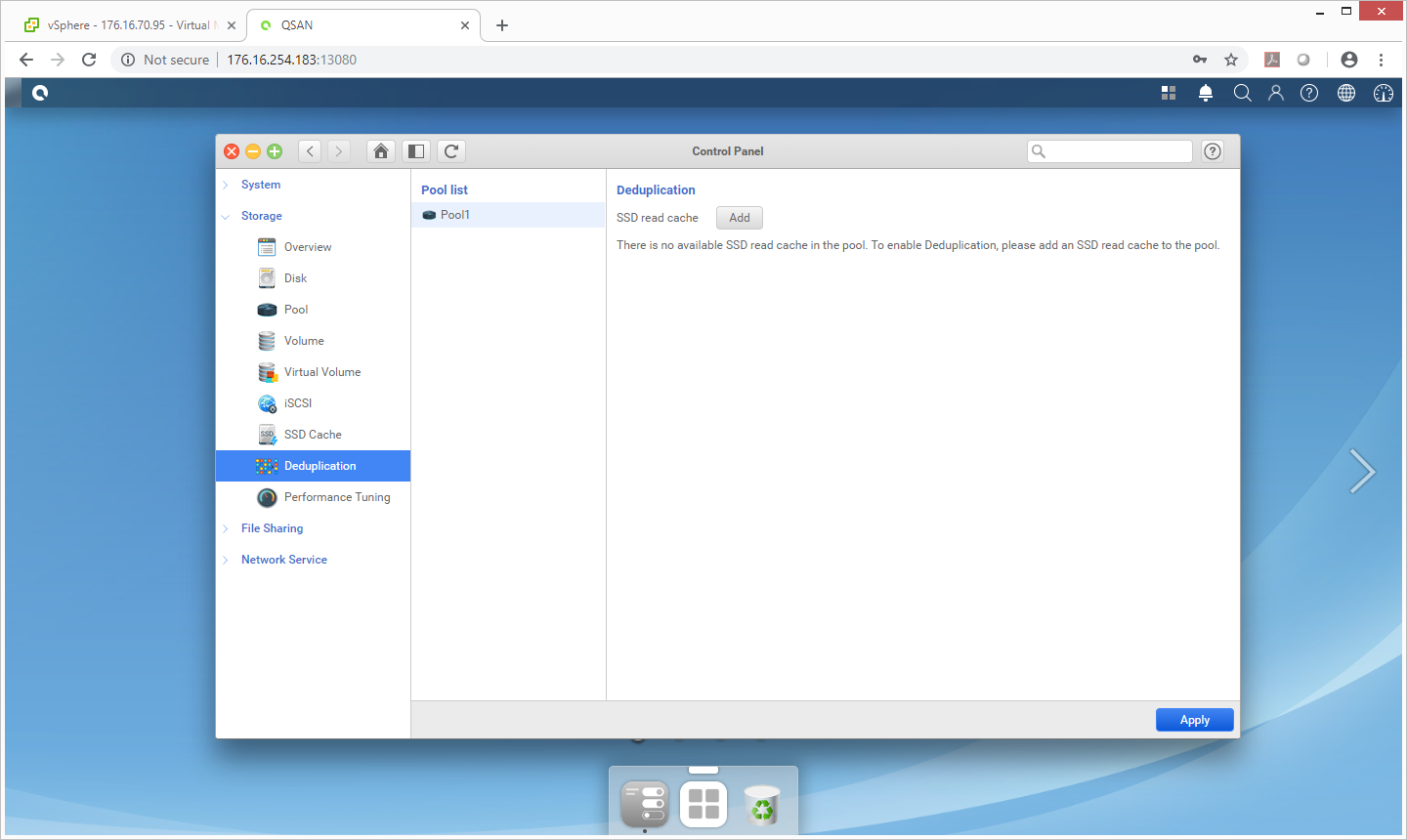 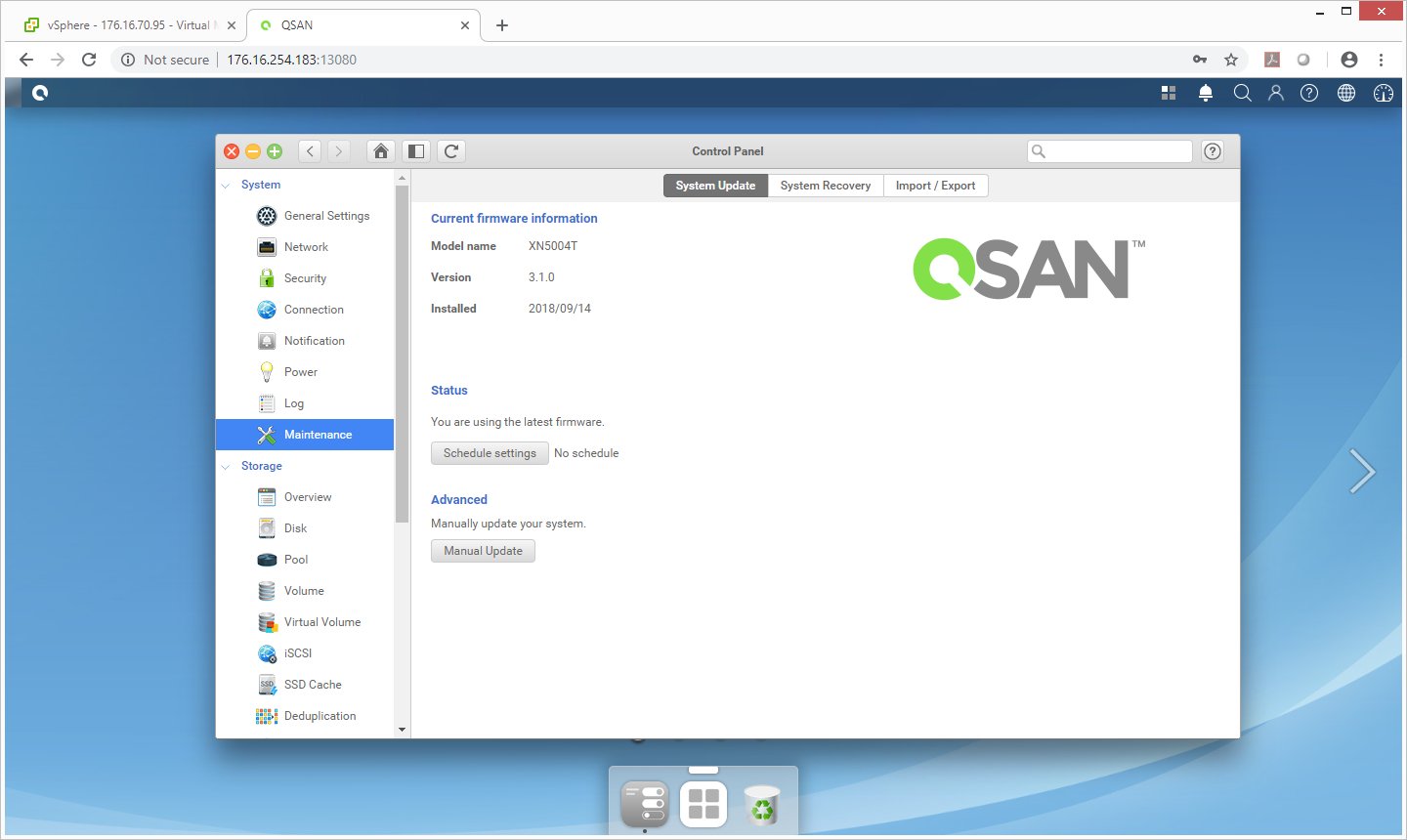 Our first benchmark measures the performance of random 4k transfers comprised of 100% write and 100% read activity. Here, the XN5004T showed its best read and write throughput under a iSCSI (block level) configuration with 3,378 IOPS read and 1,052 IOPS write. In CIFS (file level), the XN5004T posted 2,765 IOPS read and 980 IOPS write.

In our standard deviation section of the 4k test, which gives us a good visualization in terms of consistency, the XN5004T posted 155.12ms write and 33.51ms read during CIFS connectivity, while iSCSI showed 360.854ms write and 58.313ms read.

Compared to the fixed 16 thread, 16 queue max workload we performed in the 100% 4k write test, our mixed workload profiles scale the performance across a wide range of thread/queue combinations. In these tests, we span workload intensity from 2 threads and 2 queue up to 16 threads and 16 queue. Looking at throughout, the XN5004T showed its best performance in the iSCSI configuration with a range of 1619 IOPS in burst and 2,805 IOPS in the end (16 Threads, 16 Queue). CIFS connectivity wasn’t far behind with a range of 1,792 IOPS to 2,713 IOPS.

Our last workload in our small NAS Synthetic Workload testing consists of the 128k test, which is a large block sequential test that shows the highest sequential transfer speed. When looking at the 128k performance of 100% write and 100% read activity, the XN5004T boasted its top read and write speeds of 454MB/s and 426MB/s, respectively, with iSCSI. In CIFS, read activity was virtually identical with 453MB/s; however, write performance was much weaker with 162MB/s.

Overall, the QSAN XCubeNAS XN5004T is a solid NAS solution for organizations that have smaller storage needs or a specific use case in mind. Its Intel Celeron 2.9GHz Dual-Core Processor, range RAID configurations and maximum of 32GB SO-DIMM is more than enough to handle most workloads in these scenarios. It also offers the potential to expand its performance via a PCIe slot, which can be outfitted with either a 10GbE card or a Thunderbolt 3.0 adapter further flexibility. This is a viable and inexpensive storage solution for those looking to deploy a 10GbE/40GbE environment.

Overall the XN5004T offers quite a bit of flexibility and performance in a small NAS. There’s only a single SSD slot but QSAN makes the most of it, enabling dedupe, compression and caching, which is a nice inclusion for a 4-bay NAS. Further, the PCIe expansion slot enabled more use-case specific options like 10GbE.