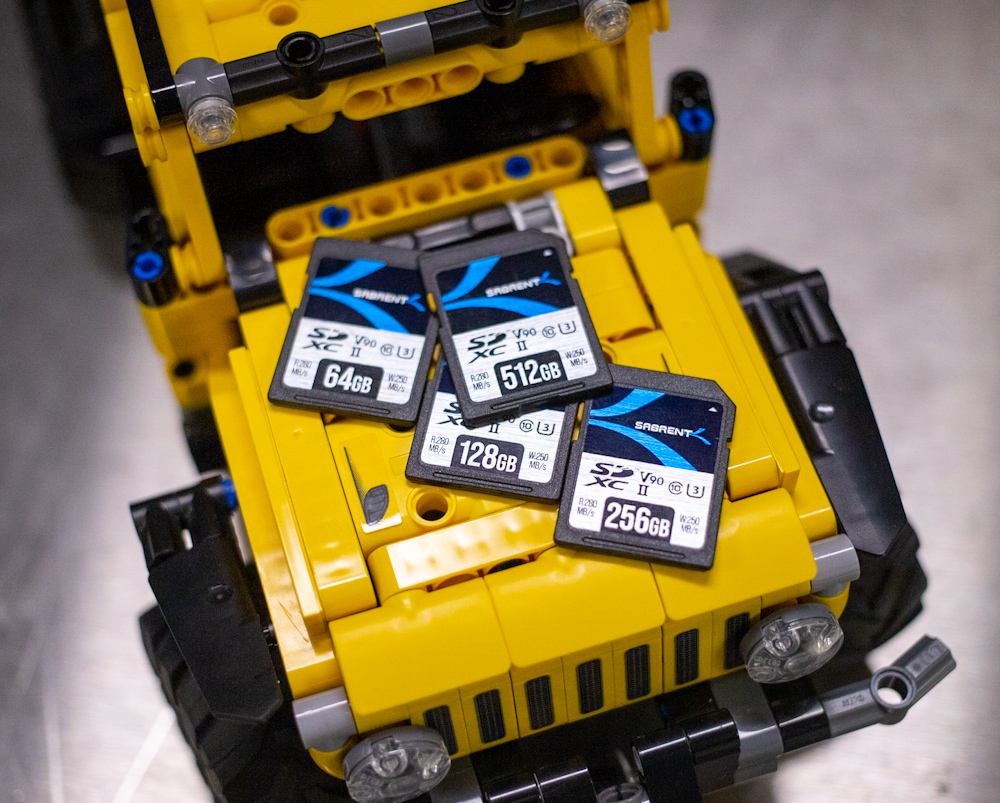 What’s significant about this release is the 512GB capacity model. Very few companies at the moment offer SD cards in this capacity size designated with a V90 rating–a certification that ensures performance at a minimum sustained transfer speed of 90MB/s. This is a highly desirable feature for those with V90-compatible cameras, as it ensures reliable performance during capturing. Though these cards will still work great in non-V90-supported devices, they will default to their respective speed class and perform as such.

As for the specifics of its performance, Sabrent indicates their new Rocket SD cards can reach speeds up to 290MB/s read and 260MB/s write, which places it in the upper echelon of professional SD cards. This, combined with its UHS Speed Class 3 (U3) rating, makes it ideal for content creators looking to capture Full-HD, 4K, and 8K video.

Sabrent’s Rocket SDXC cards also come with advanced flash management technologies, including bad block management and static and dynamic wear-leveling. This helps to ensure data integrity over the years of extended use. To add further protection, they are also shock, water, and X-ray resistant, and it includes an integrated write-protect switch to make sure data is never accidentally overwritten or erased during use.

The Sabrent Rocket SDXC cards feature a black, white, and blue design while using the same look and feel as other Sabrent storage products. It also features capacity, branding, and speed classifications as well as the capacity and performance numbers. 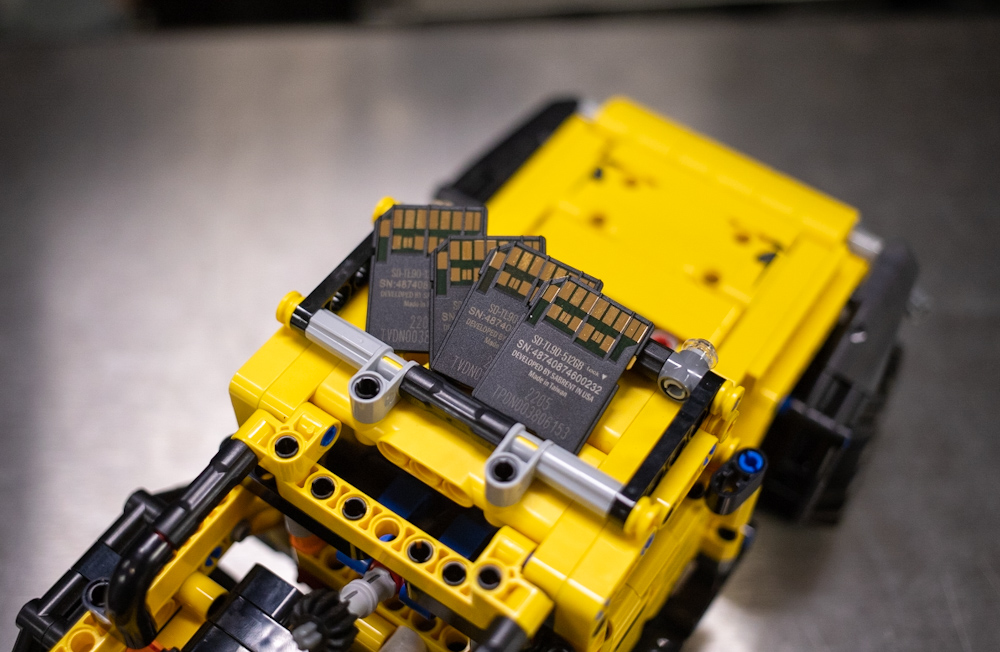 On the left side of the SD card is the built-in mechanical write-protect switch. This clicks down nicely with a slight push, so you can easily add this extra protection if you want to ensure nothing will be deleted or overwritten on the card. You will also notice the extra set of pins on the back to support its UHS-II rating.

We tested the Sabrent Rocket SD card with the bundled Lexar reader via our Lenovo Thinkpad P17 Gen 2 testbed. First up is our Blackmagic benchmark. 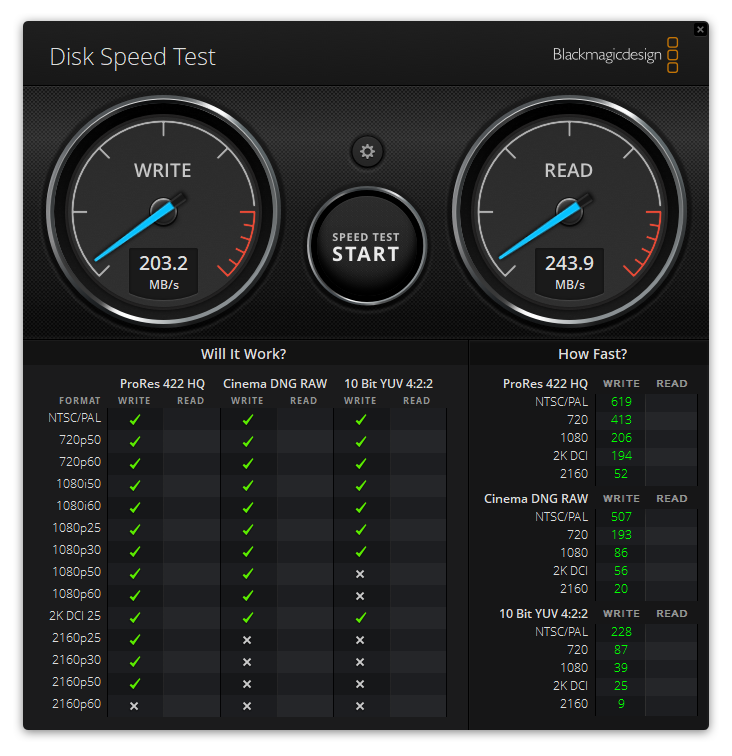 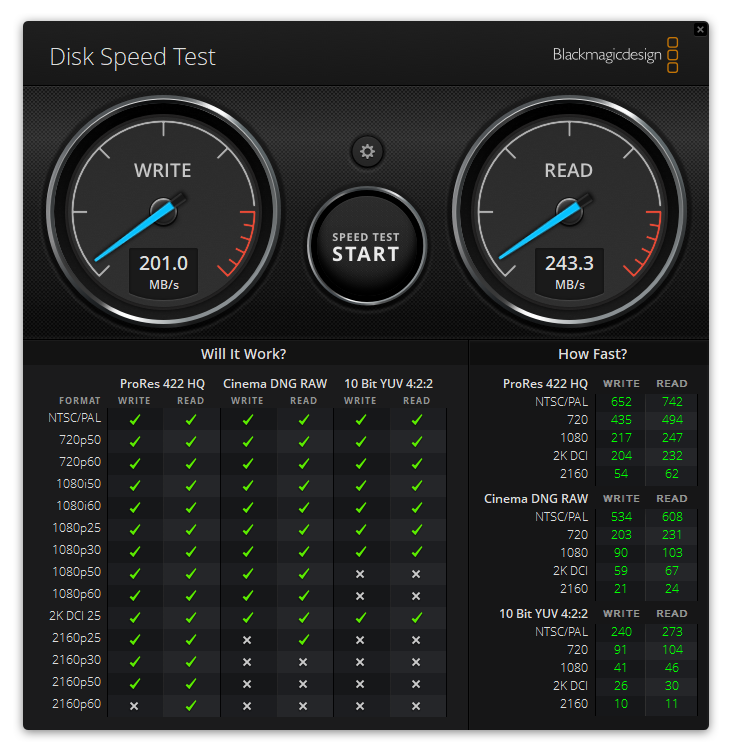 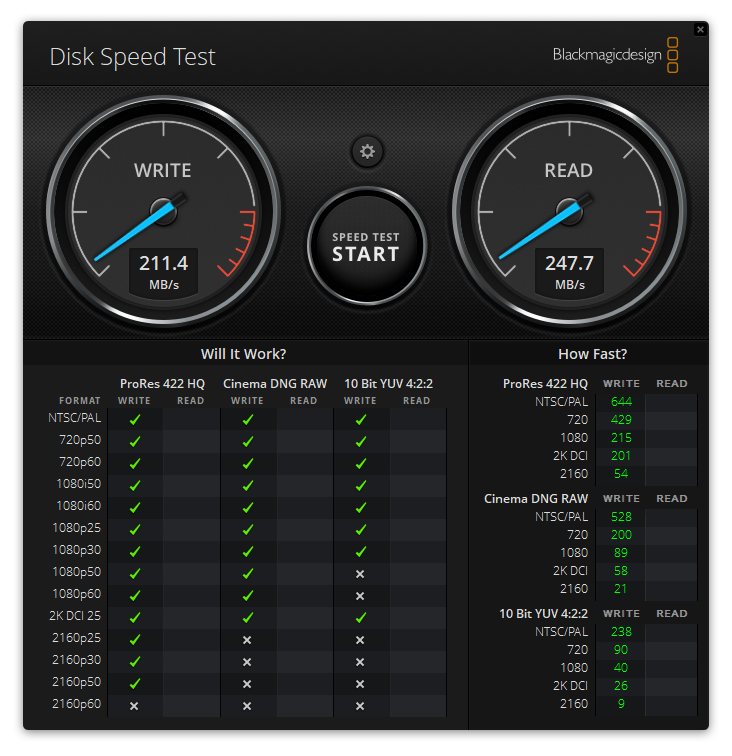 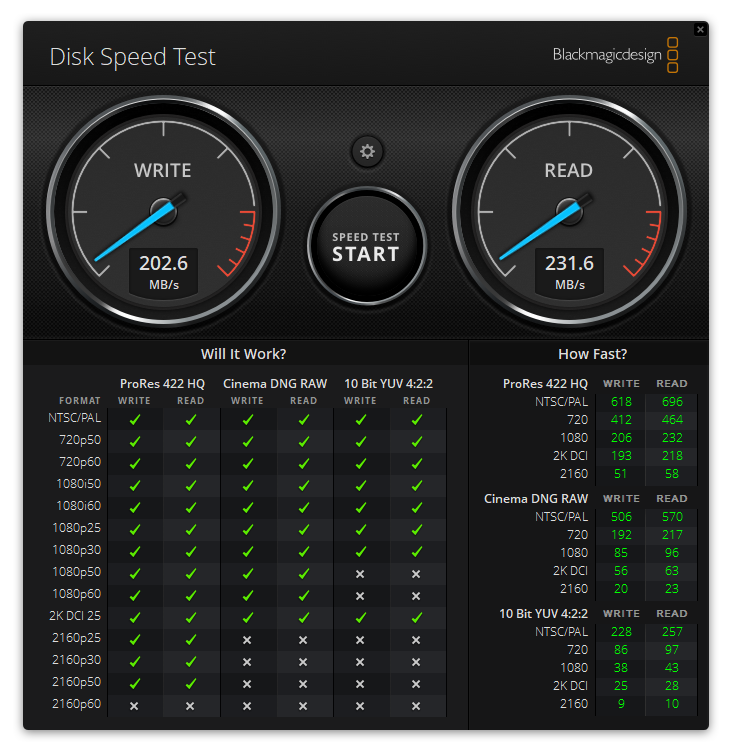 Switching to synthetic testing using the IOMeter test, we saw improved performance over the Blackmagic tests.

Here are the results from our workload tests:

Sequential write performance across all capacities was pretty close to what Sabrent quoted; however, read performance was around ~35MB/s less than what they claimed (specifically the higher capacity models). That said, transfer speeds were still solid across the board.

The best performance capacity in sequential write activity was the 128GB model with 259.5MB/s, while the 64GB capacity had the best reads with 275.9MB/s (15MB/s better than the next best performing card).

Sabrent’s first foray into the SD card market is a successful one. The Sabrent Rocket V90 SDXC line features the professional-grade UHS-II certification and is one of the only SD cards that features a 512GB capacity model with a V90 rating (that is, it is officially certified to deliver a minimum sustained transfer speed of 90MB/s).

The cards also feature BiCS5 112-layer 3D TLC flash, is available in capacities ranging from 64GB to 512GB, and comes with a handy integrated write-protect switch to ensure data is safe and never accidentally overwritten or erased. Moreover, its shock, water, and x-ray-resistant properties are certainly useful to professionals who find themselves always on the go or in the elements. 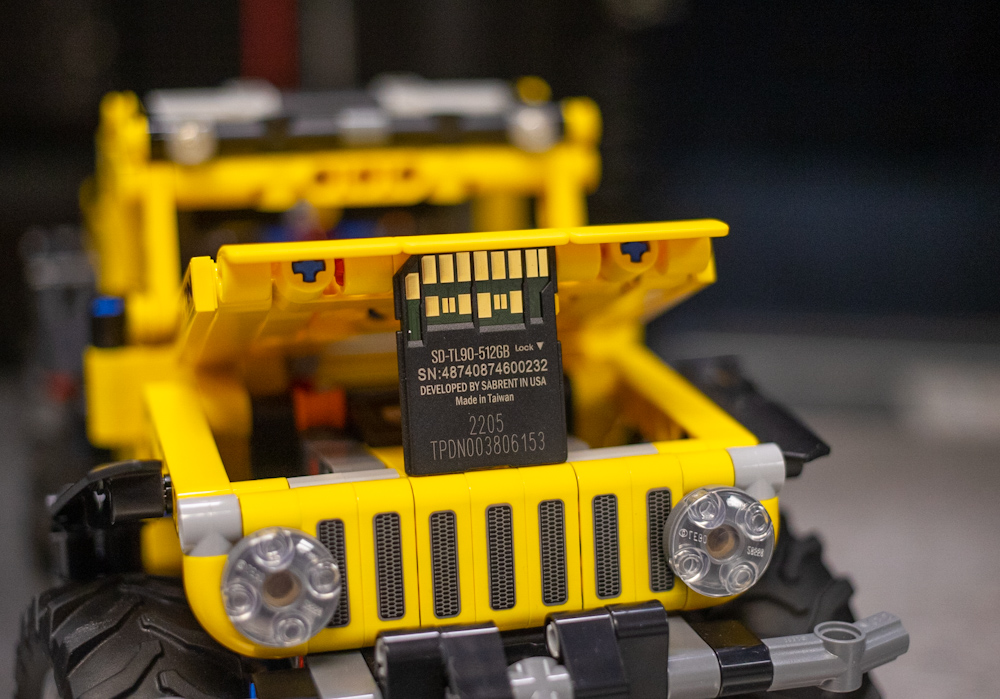 While it didn’t quite reach Sabrent’s quoted sequential read speeds of 290MB/s, the new SDXC UHS-II cards were pretty close to meeting the quoted write activity (260MB/s), showing an average of roughly 255MB/s, all things considered. The best performing capacity was the 64GB and 128GB for sequential reads and writes, respectively. You probably noticed the low random write performance; however, these types of cards aren’t built for these workloads and are meant for capturing video or pictures sequentially written.

Sabrent Rocket SD card line is also less expensive than other V90-rated cards from companies like Lexar and SanDisk, with the extra advantage of being one of the very few that has a 512GB capacity model in this class. The only other company that offers a V90-rated 512GB model is Wise Advanced (at the time of this review), which is currently priced at $800. This is $200 more than Sabrent’s offering.

Overall, this is a solid line of SD cards with a ton of capacity points for content creators who work with full-HD, 4K, and 8K media and need a high-capacity, high-performance, and reliable solution for their professional devices.