Seagate and Micron co-launched SAS SSDs at the end of 2015 in a partnership to accelerate sales of enterprise SSDs for the two companies. In the initial review, we looked at the 1.6TB capacity in the light endurance category which has an endurance rating of three drive writes per day (DWPD). Seagate offers 1200.2 SSDs across five endurance categories ranging from 1DWPD to 25DWPD. In this review we stick with the mainstream mixed workload light endurance category but pick up with the highest capacity 3.84TB model.

Seagate and Micron co-launched SAS SSDs at the end of 2015 in a partnership to accelerate sales of enterprise SSDs for the two companies. In the initial review, we looked at the 1.6TB capacity in the light endurance category which has an endurance rating of three drive writes per day (DWPD). Seagate offers 1200.2 SSDs across five endurance categories ranging from 1DWPD to 25DWPD. In this review we stick with the mainstream mixed workload light endurance category but pick up with the highest capacity 3.84TB model. 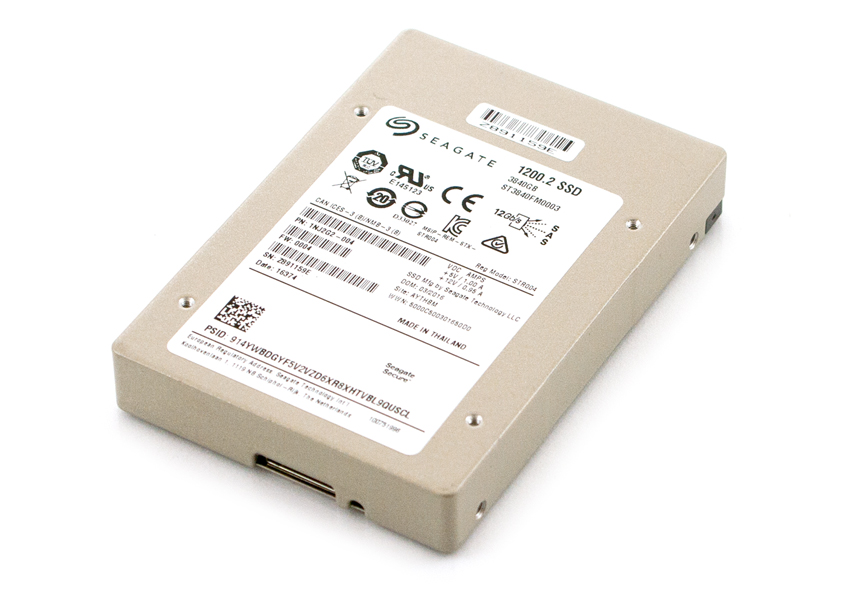 The Seagate 1200.2 SSD comes in several flavors to meet more or less any demand of the data center. This specific model falls into the light endurance range with 3 drive writes per day. Though the endurance is a bit on the low side, the drive does come with an upward capacity flirting with 4TB (3.84). Even with that high capacity number the drive still claims performance of 1.85GB/s sequential read (128k) and average latency of 115μs. Seagate also offers the drive in an SED configuration.

The Seagate 1200.2 is a 2.5” form factor SSD with a 15mm z-height. Though it is thicker than other SSDs it will still fit in most arrays. 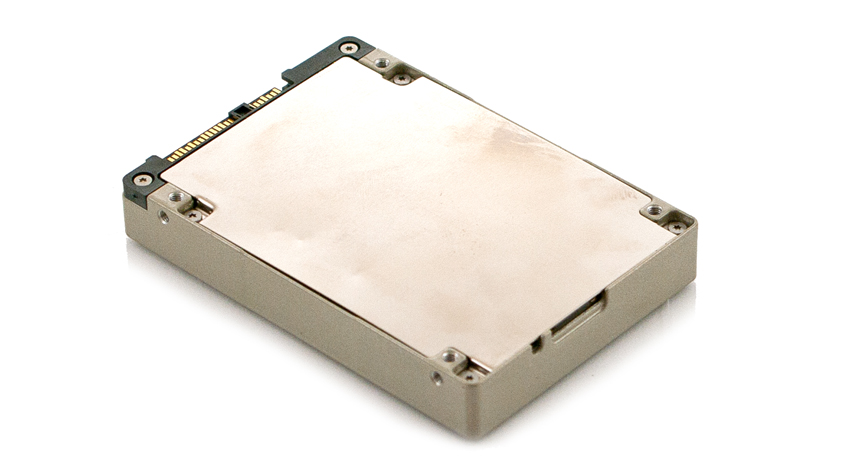 As the capacity and performance for SATA and SAS drives increase, StorageReview has pivoted to a more aggressive testing regimen for individual SSDs. This testing process is mirrored across NVMe products as well, making the comparison process easier–even though products perform in vastly different classes at the top-end. In this review, we compare the Seagate 1200.2 SAS 3.84TB to the Seagate 1200.2 1.6TB and 1.6TB Toshiba PX04, as well as a HGST SAS3 drive.

In order to understand the performance characteristics of enterprise storage devices, it is essential to model the infrastructure and the application workloads found in live production environments. Our first benchmarks for the Seagate 1200.2 SAS 3.84TB are therefore the MySQL OLTP performance via SysBench and Microsoft SQL Server OLTP performance with a simulated TCP-C workload. For our application workloads, each drive will be running 2-4 identically configured VMs. 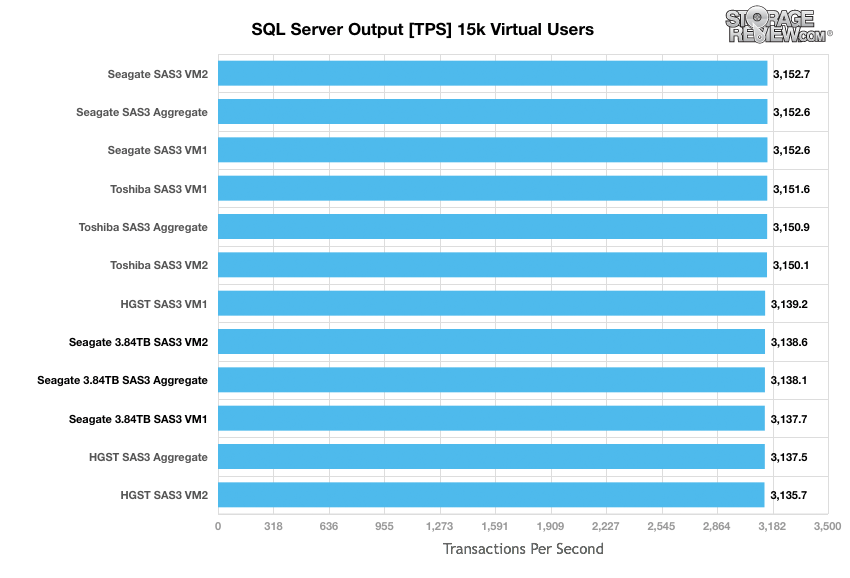 The average latency results during the 15k user SQL Server benchmark placed the Seagate 1200.2 at the bottom of the pack. The 1200.2 had individual latencies of 36ms to 38ms with an aggregate of 37ms, much higher than the other drives tested. 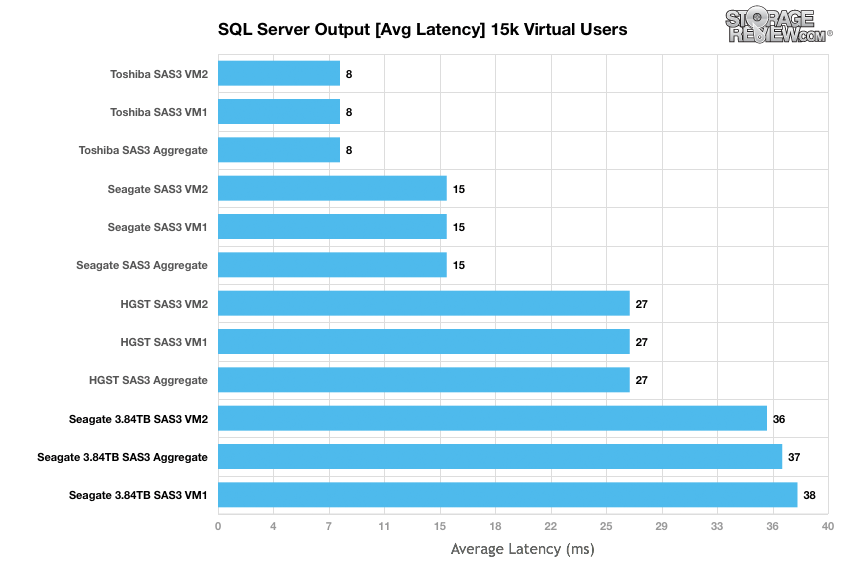 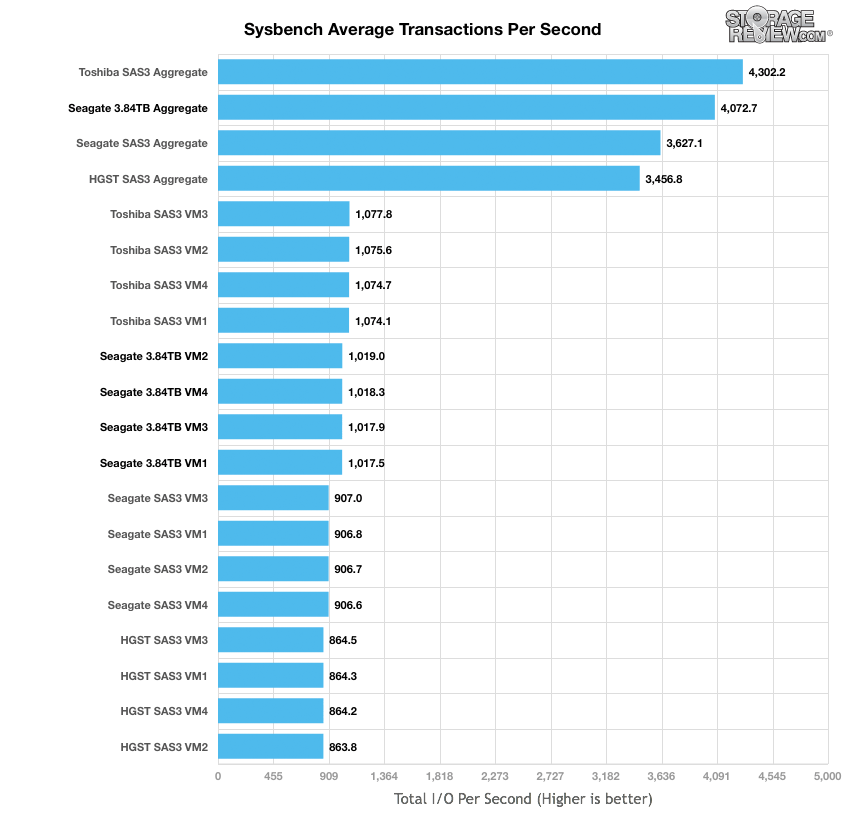 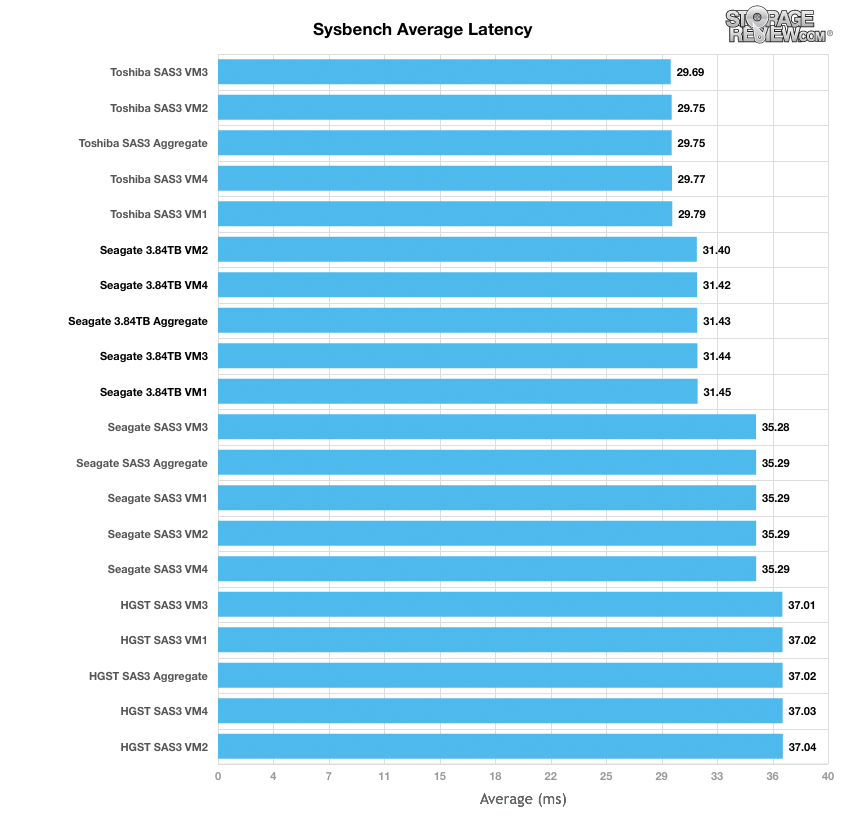 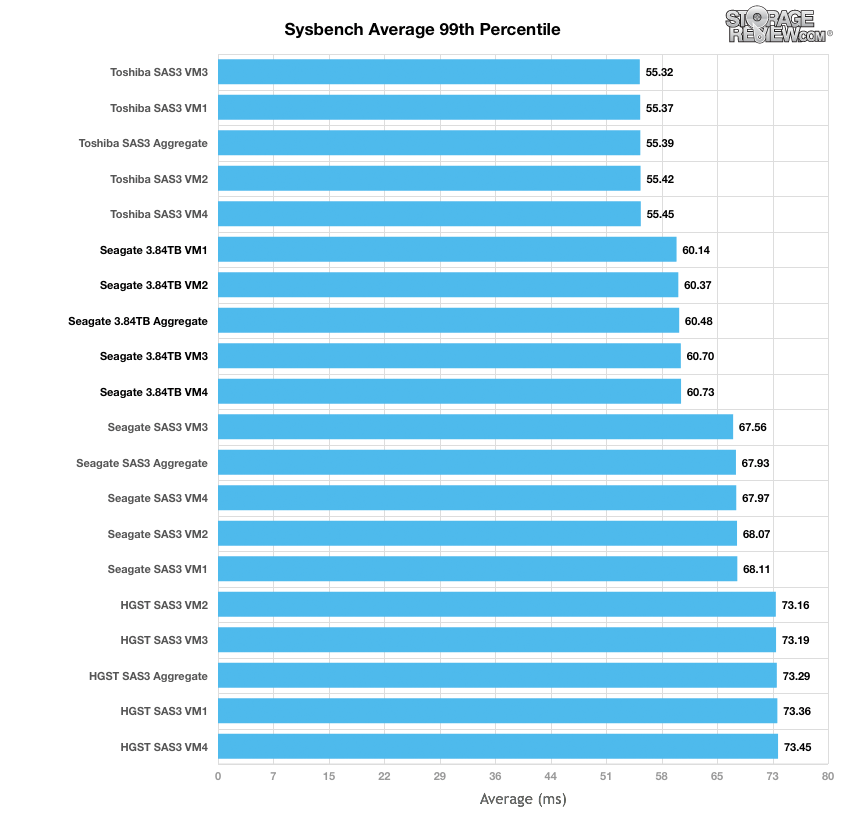 Once preconditioning is complete, each device is then tested in intervals across multiple thread/queue depth profiles to show performance under light and heavy usage. Our synthetic workload analysis for the Seagate 1200.2 uses two profiles which are widely used in manufacturer specifications and benchmarks. It is important to take into consideration that synthetic workloads will never 100% represent the activity seen in production workloads, and in some ways inaccurately portray a drive in scenarios that wouldn’t occur in the real world.

In our throughput 4k write preconditioning test, the Seagate 1200.2 3.84TB started off fairly strong and stable around 140K IOPS. The drive did drop off sharply and steadied out around 50K IOPS at the bottom of the pack. 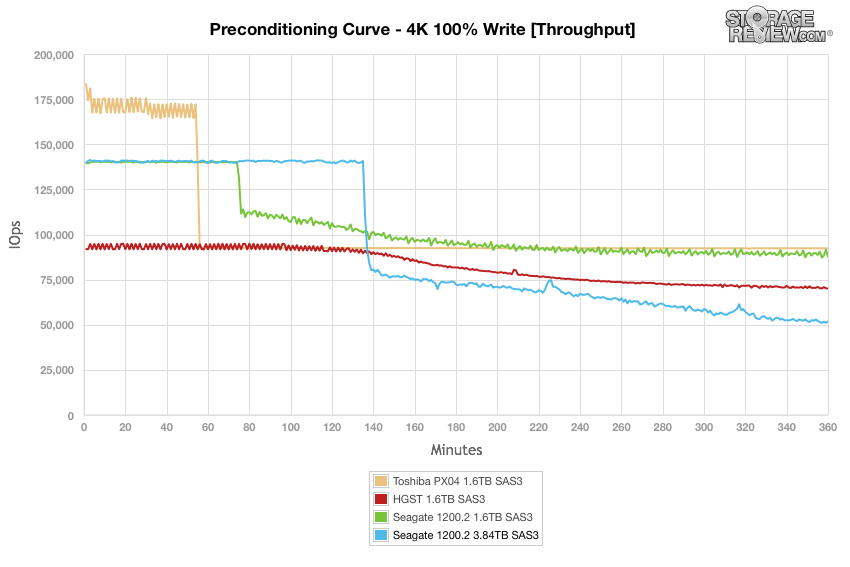 With average latency preconditioning, we see similar placing. Once again the Seagate 1200.2 3.84TB started off fairly strong and stable sub 2ms but slowly began to creep up before it ended up with the highest latency around 5ms. 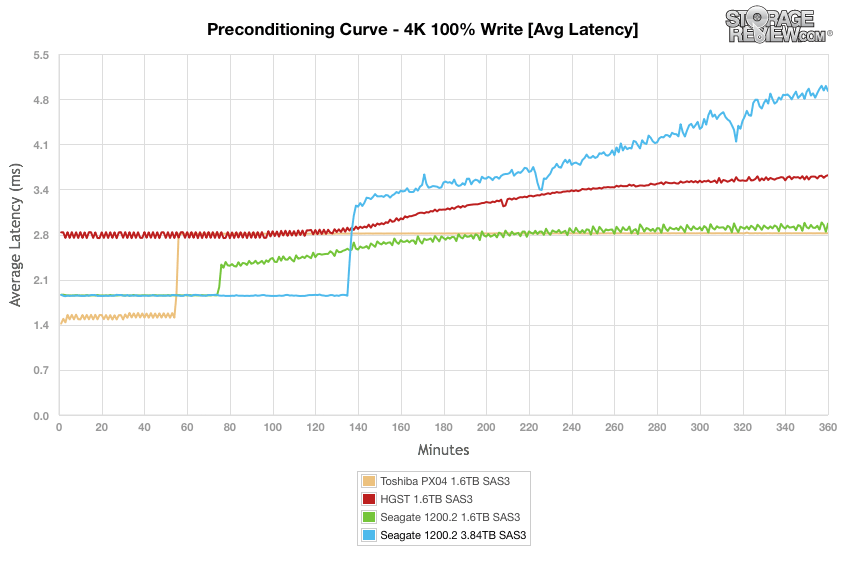 With max latency preconditioning, the Seagate 1200.2 3.84TB started off a bit rougher with spikes all over the map, at one point shooting up above 200ms. The drive settled down as the test progressed finishing around 26ms, again, the highest of the pack. 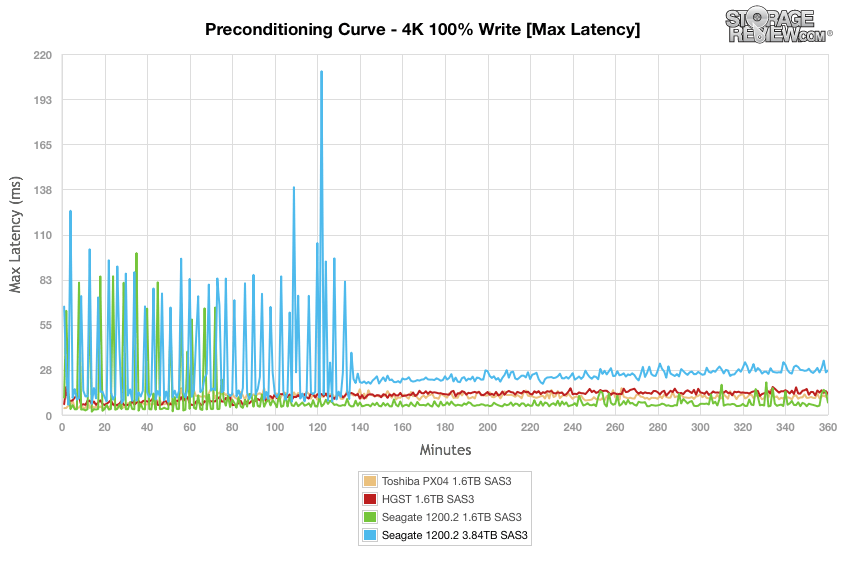 Standard deviation preconditioning saw the Seagate 1200.2 3.84TB start off higher than the other drives and just creep up higher throughout, finishing around 2.5ms. 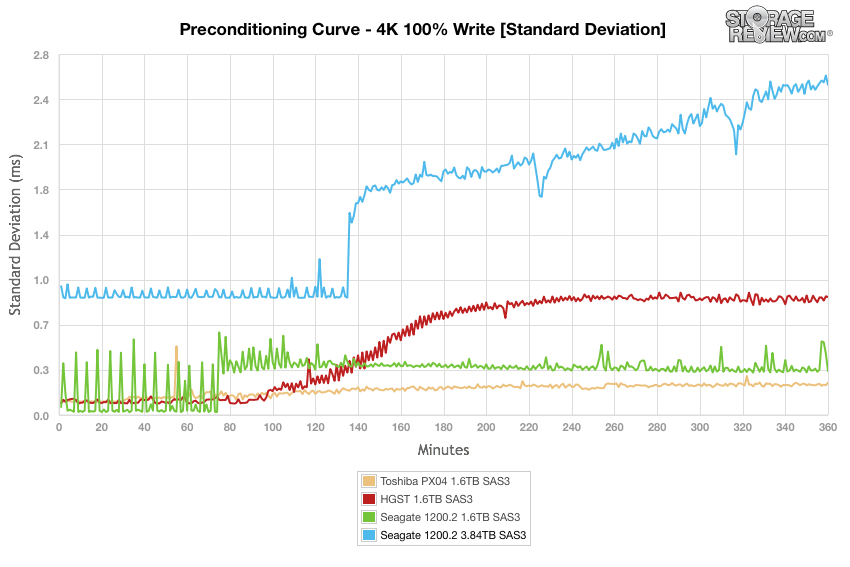 During the primary 4k synthetic benchmark, the Seagate 1200.2 3.84TB found itself in third pace in terms of read throughput with 160,129 IOPS and last in terms of write throughput 49,471 IOPS.

Average latency gave the 3.84TB drive the same placement with a read latency of 1.598ms and a write latency of 5.173ms.

Looking at max latency, the 3.84TB Seagate drive came in second in read performance (18.26ms) and last once again in write with 35.17ms.

Our next workload uses 8k transfers with a ratio of 70% read operations and 30% write operations. Once again we start off with the preconditioning results before switching to the main tests. Here the 1200.2 Seagate 3.84TB started in third and was able to stay there throughout the benchmark, floating around 60K IOPS, the best performer, the Toshiba, nearly doubled that score floating around 106K. 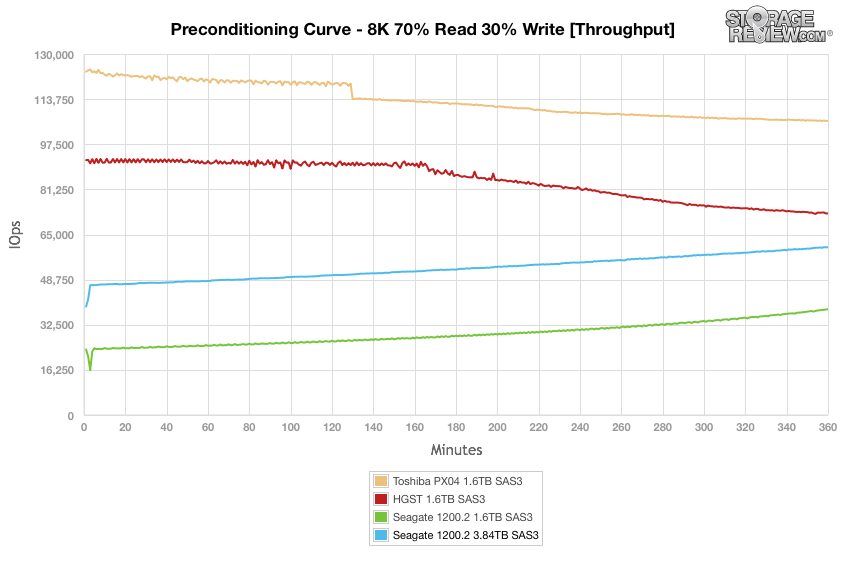 With 8k average latency preconditioning the 3.84TB Seagate was able to beat out the 1.6TB version with a latency around 4.2ms. 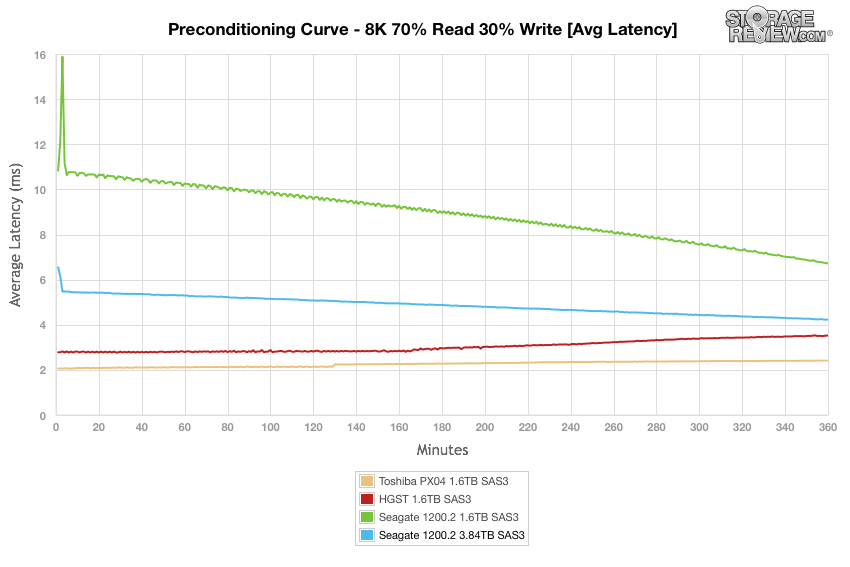 8k max latency preconditioning saw both Seagate drives spiking larger numbers with the 3.84TB a little more erratic. Both drives finished near the bottom of the pack around 17ms. 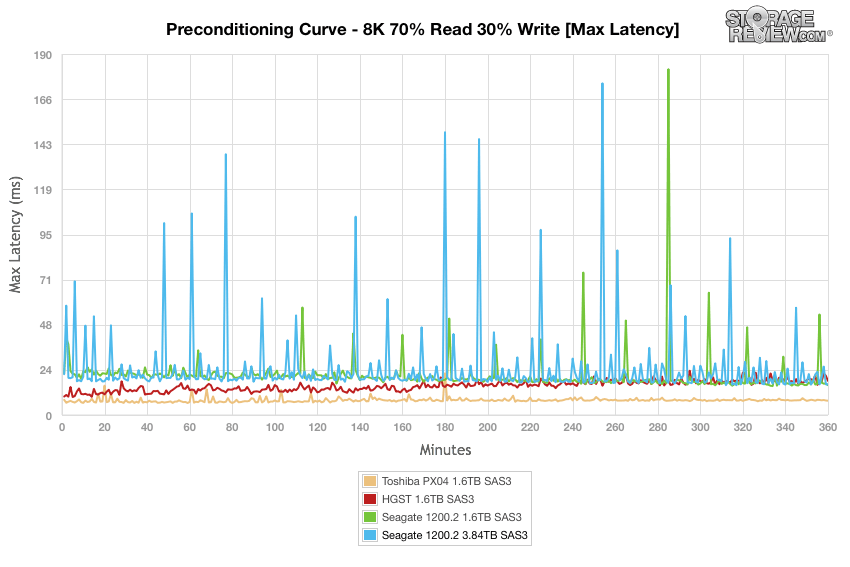 Standard deviation preconditioning for 8k saw the Seagate 1200.2 3.84TB slip to the bottom of the pack with latency around 2.3ms. 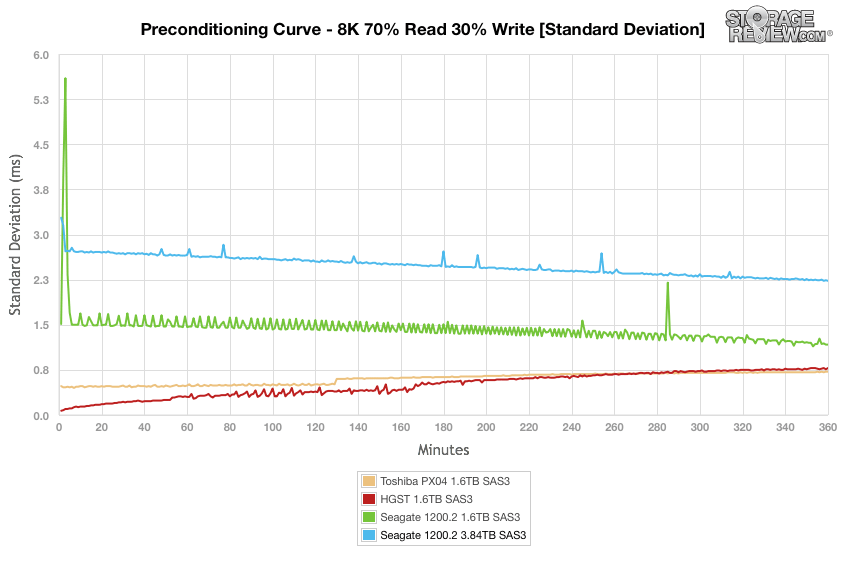 Once fully preconditioned we switch over to our primary 8k 700/30 benchmarks. With throughput the Seagate 3.84TB drive stayed neck and neck with the HGST drive before falling off to last place near the end around 61K IOPS. 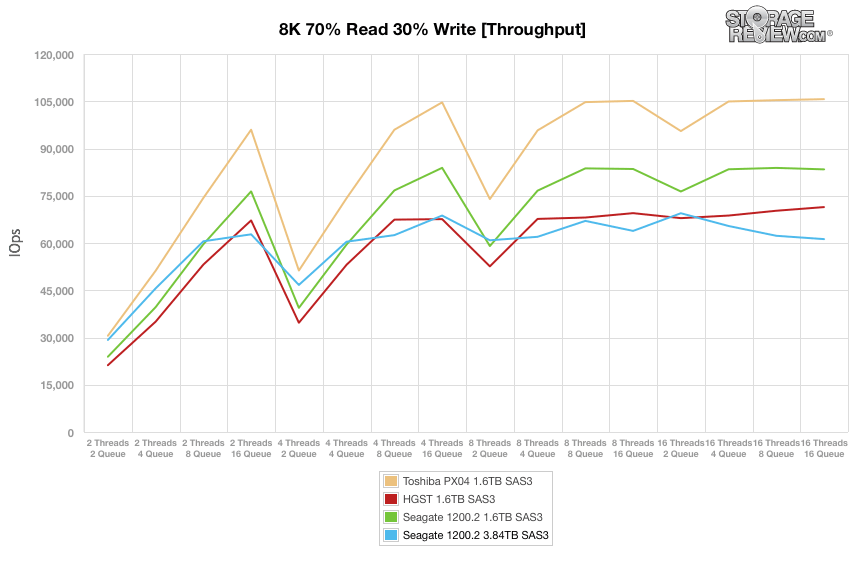 With average latency the Seagate 1200.2 3.84TB drive came in last place that it hung in with the rest of the pack throughout. 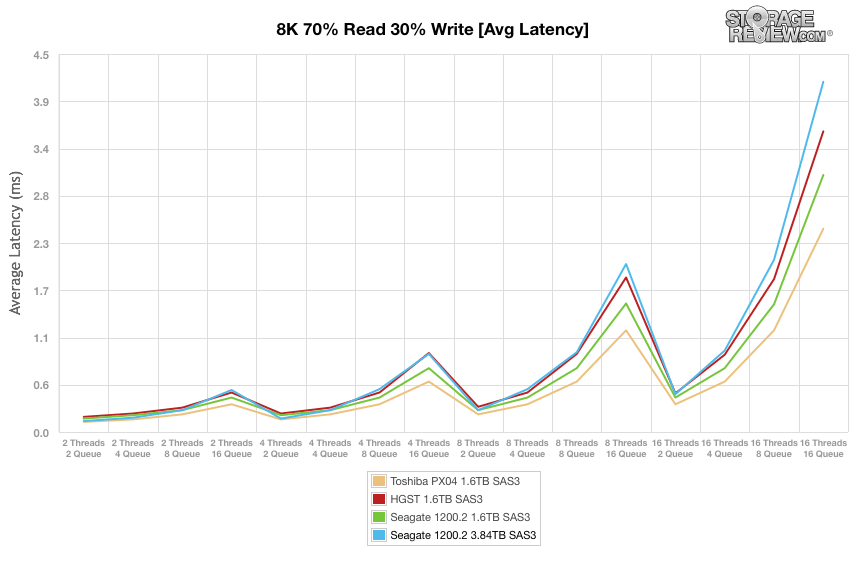 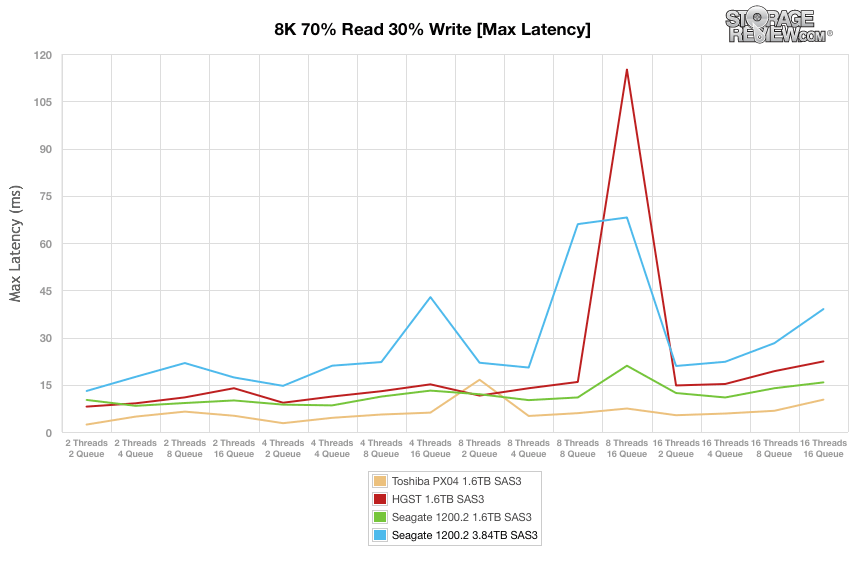 Standard deviation saw the 3.84TB Seagate battle it out for third with the HGST before a massive spike at the end put the drive firmly in last place. 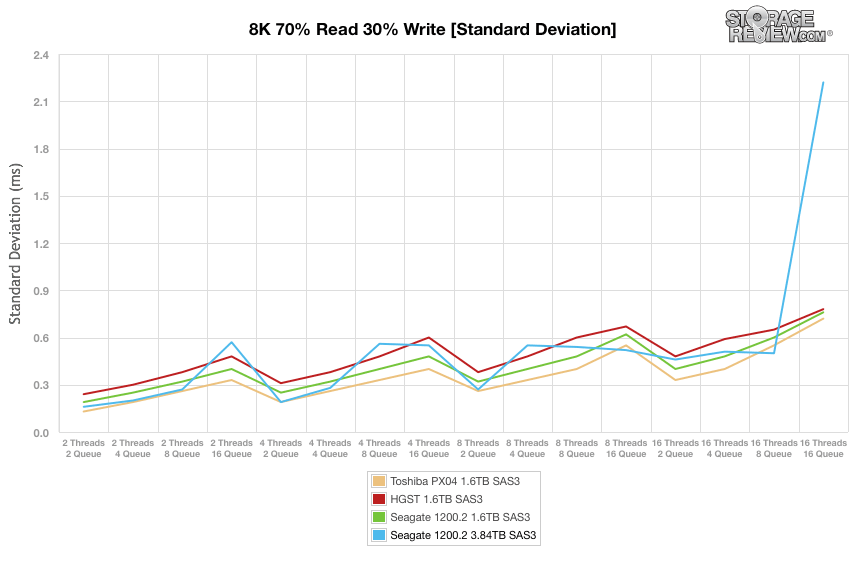 The Seagate 1200.2 SAS SSD comes in enough endurance types it can hit most data center needs. For this review we looked at the highest capacity, 3.84TB, mixed workload light endurance model. The model supports 3 DWPD for endurance and comes with fairly good performance claims of 1.85GB/s sequential read and an average latency of 115μs. The 1200.2 SAS SSD also comes in a secure SED configuration.

Looking at performance, one can’t help but feel that there is a bit of a trade off happening, capacity for performance. In our application workload analysis the drive had a SQL TPS score right in line with the other drives tested, aggregate of 3,138.1, however it came in last on SQL Server average latency with an aggregate of 37ms. In our Sysbench benchmark the 3.84TB 1200.2 probably gave its best performance coming in second with aggregate scores of 4,072.7 TPS, an average latency of 31.43ms, and a worst case scenario latency of 60.48ms.

With synthetic enterprise benchmarks the drive show its write-speed weaknesses. In 4k steady state the 3.84TB 1200.2 came in last in all four tests. In our primary test the drive had the lowest 4k throughput write score of 49,471 IOPS and second to last read throughput at 160,129 IOPS. In the 4k latency tests the drive had significantly higher latency, especially in writes, than the other drives. In our 8k 70/30, the drive fared no better coming in last in all of the tests, though it ran fairly close to the other drives in average latency.