Seagate’s new Mobile HDD provides 2TB of storage in a 7mm form factor. During a time when SSD innovation leads the market for this form factor, this drive holds unique appeal for users who want to upgrade their laptop storage without switching over. Although SSDs indisputably outperform HDDs, the Mobile HDD allows users to load up to 2TB of storage into their laptop at a fraction of the cost of an SSD.

Seagate’s new Mobile HDD provides 2TB of storage in a 7mm form factor. During a time when SSD innovation leads the market for this form factor, this drive holds unique appeal for users who want to upgrade their laptop storage without switching over. Although SSDs indisputably outperform HDDs, the Mobile HDD allows users to load up to 2TB of storage into their laptop at a fraction of the cost of an SSD. 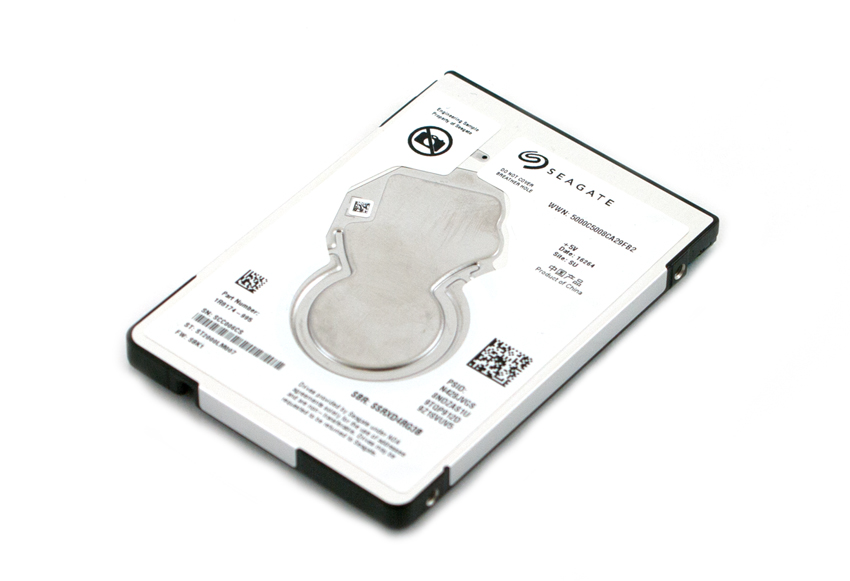 Editor's note: photos are of an engineering sample and the final product will have a different appearance

The Seagate Mobile HDD is SATA 6Gb/s and it can be used as a replacement for 7mm as well as 9.5mm laptop designs. Although it uses architecture that is being rendered obsolete by solid-state technology for this form factor, the Mobile HDD serves to sustain casual budget-minded users who are more cost sensitive. By comparison, the Samsung 850 EVO 2TB SSD, which is one of the only consumer SSDs on the market that provides 2TB in a 7mm form factor, costs around $630. Although the Mobile HDD might not suit performance enthusiasts or high-demand use cases, its $102 price tag makes it a compelling option. 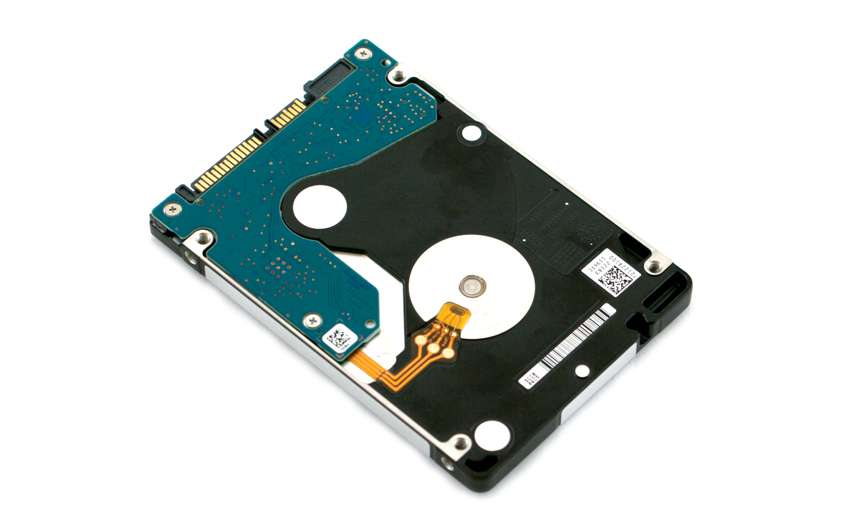 The weight of the Mobile HDD (less than ¼ lb), paired with Seagate’s standard shock resistance and quiet operation, further refines this drive for use in a mobile setting. In terms of security, the Mobile HDD comes standard with Trust Computing Group (TCG) Opal protocol and Instant Secure Erase Technology. If users need enhanced security, they can upgrade their drive with premium security features, such as Self-Encrypting Drive (SED) and FIPS 140-2 SED. 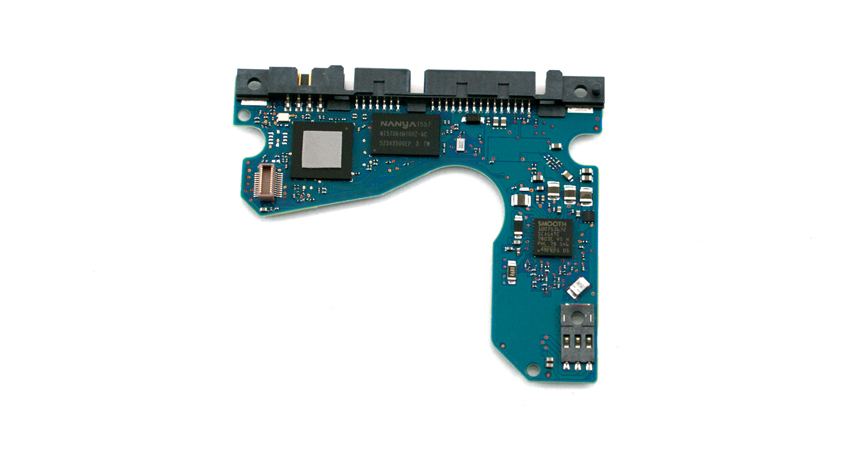 We conducted our consumer benchmarks for the Seagate Mobile HDD with the StorageReview HP Z620 Workstation. The Samsung Spinpoint M9T 2TB HDD was our only comparable drive.

The Seagate Mobile HDD outperformed the Samsung Spinpoint in our random 2MB benchmark with 72MB/s read and 88MB/s write.

Our random 4K benchmark with IOMeter puts more strain on the drives in terms of throughput. Although the drives were close, the Seagate HDD outperformed the Samsung HDD in both read and write, with 98 IOPS and 259 IOPS, respectively.

Results were similar when looking at random 4K transfers in MB/s, with the Seagate drive posting 0.39MB/s read and 1.01MB/s write. 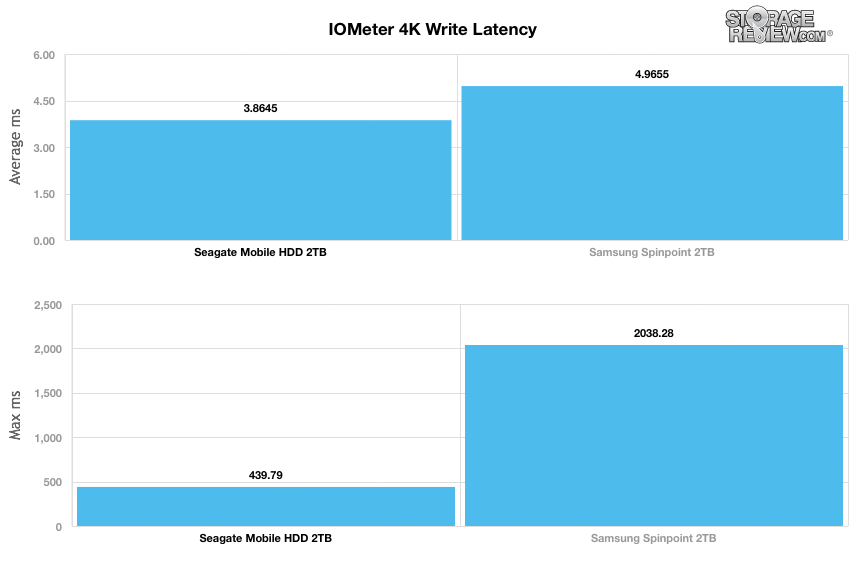 Our final consumer synthetic benchmarks compare the drives in a series of mixed-server workloads with a queue depth of 1 to 128. Each server profile has a strong bias towards read activity, ranging from 67% read with the database profile to 100% read in the web server profile.

Our database profile features a 67% read and 33% write workload focusing on transfers around 8K in size. The Seagate HDD posted a solid performance against the Samsung Spinpoint HDD under these conditions, almost doubling its numbers for most of the benchmark. 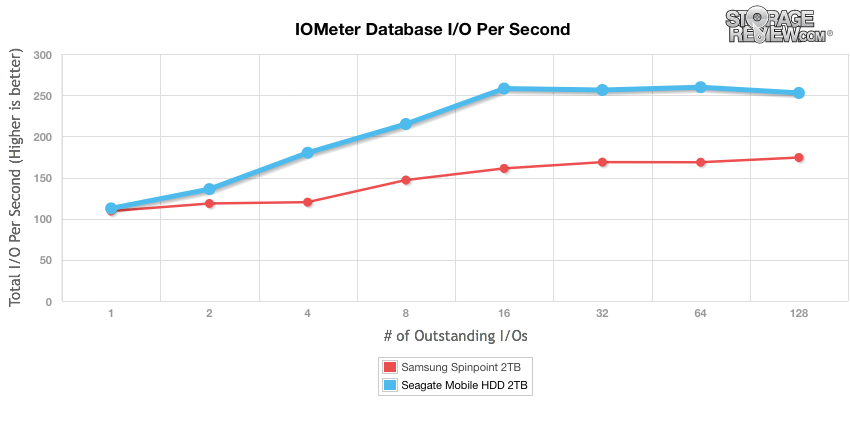 Our next benchmark is the web server profile, which is read-only, with transfer sizes ranging from 512 bytes to 512KB. Once again, the Seagate drive outperformed the Samsung drive by almost 100MB/s. 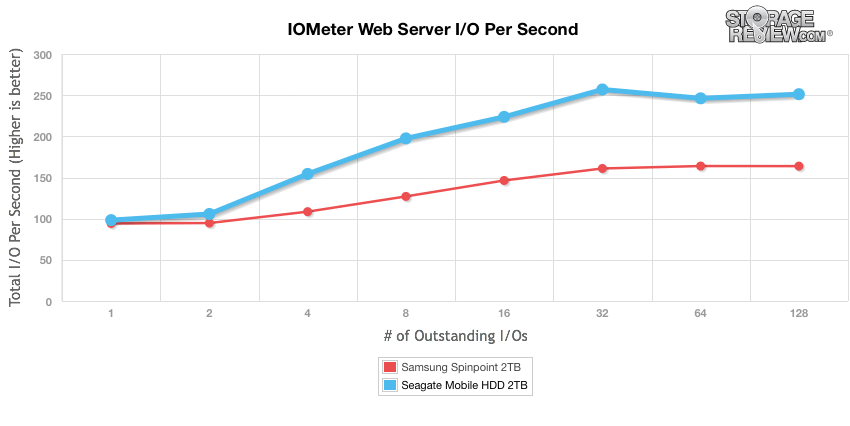 The file server profile has 80% read and 20% write workload spread out over multiple transfer sizes ranging from 512 bytes to 64KB. In this benchmark, the Seagate Mobile HDD exhibited a consistent performance that was stronger than that of the Samsung HDD. The last profile looks at workstation activity, with a 20% write and 80% read mixture using 8K transfers. Although the Samsung Spinpoint HDD started out with a slightly better performance, the Seagate Mobile HDD was the top drive for the remainder of the benchmark. 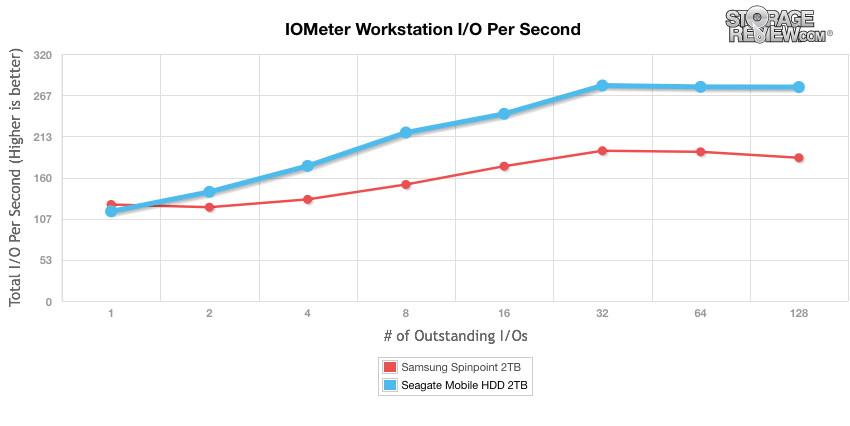 While the results of synthetic benchmarks are important to identify the key strengths and weaknesses of a drive, performance in these tests does not always translate directly into real-world situations. To get a better idea how the Seagate Mobile HDD will handle itself in the field, we will chart StorageMark 2010 HTPC, Productivity, and Gaming traces against comparable drives. Higher IOPS and MB/s rates with lower latency times are preferred.

We saw only marginal differences between the Samsung and Seagate drives in our HTPC trace, with the former slightly outpacing the latter. The Seagate Mobile HDD posted 38.8MB/s and 522 IOPS, with an average latency of 15.3ms (vs. Samsung's 39.1MB/s, 526 IOPS and 15.1ms, average latency). 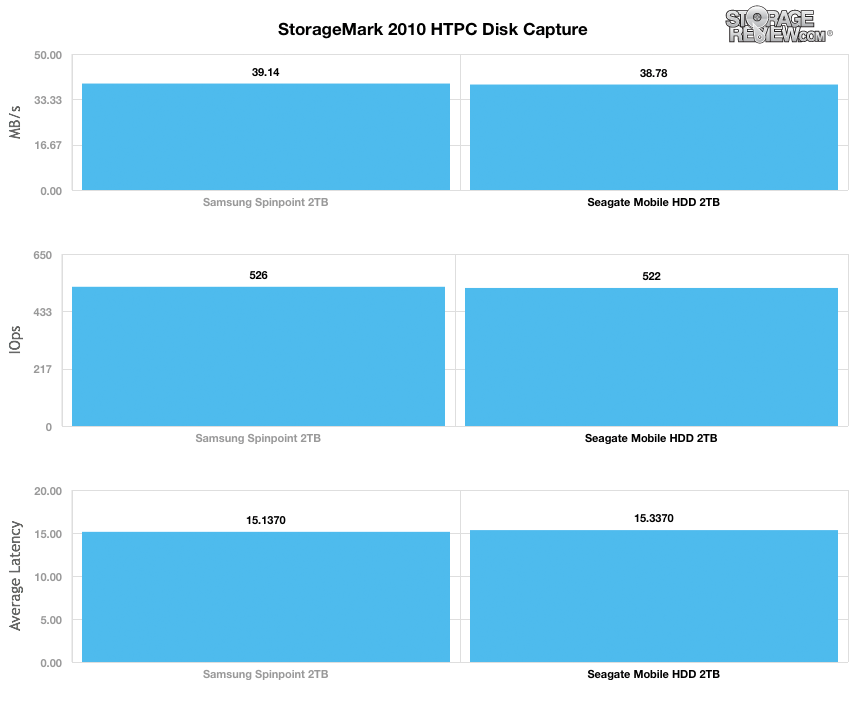 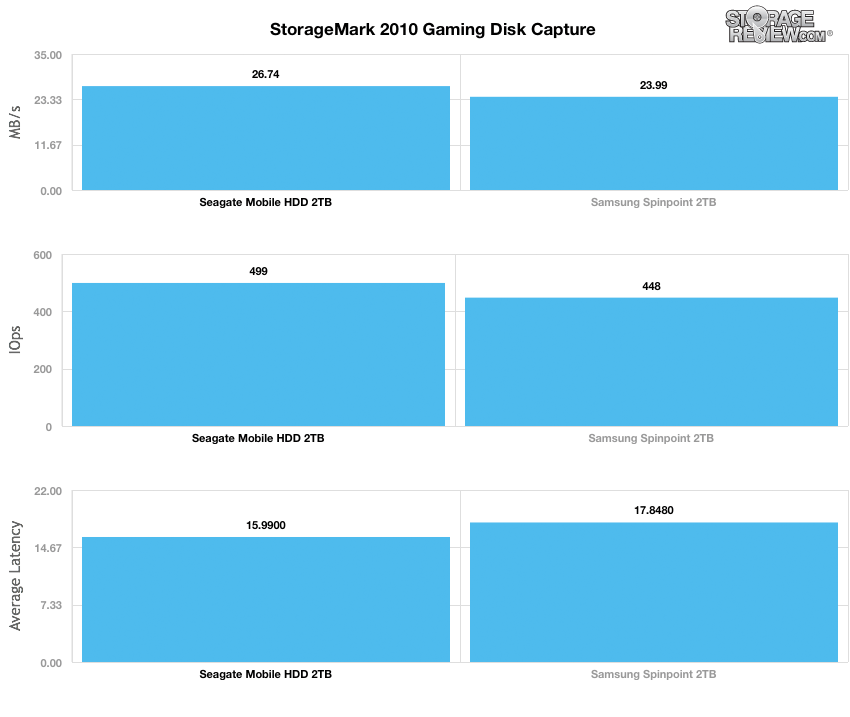 The Seagate Mobile HDD was designed to appeal to budget-minded consumers who aren't ready for the transition to solid-state for their capacity data. Even with the growing prevalence of SSDs, there aren't many 2TB 2.5" HDDs on the market; in part, this helped Seagate distinguish the Mobile HDD from other products. From a pricing standpoint, specifically in terms of $/GB (cost per gigabyte), the Seagate Mobile HDD trumps the SSDs and 2.5" HDDs that are currently available.

Conversely, the Seagate Mobile HDD is fairly limited from a performance standpoint. Although it outperformed the Samsung Spinpoint M9T in most of our performance benchmarks, neither drive would be considered competitive in the context of the overall drive market. That said, we didn't expect this drive to impress anyone with its performance, and its great value keeps it relevant to a wide range of consumers with ever-growing media archives.

The Seagate Mobile HDD offers up to 2TB in a notebook-friendly form factor and is great for those looking to maximize capacity while keeping cost affordable.