The WD Blue SN500 NVMe SSD, announced mid-March, is the first SSD in the WD Blue family that utilizes NVMe technology, whereas the previous WD Blue models used SATA technology. The WD Blue SN500 is an M.2 form factor, consumer-focused, entry point NVMe SSD, ideal for those looking to gain a performance boost by upgrading from their HDD or older SATA SSD.

The WD Blue SN500 NVMe SSD, announced mid-March, is the first SSD in the WD Blue family that utilizes NVMe technology, whereas the previous WD Blue models used SATA technology. The WD Blue SN500 is an M.2 form factor, consumer-focused, entry point NVMe SSD, ideal for those looking to gain a performance boost by upgrading from their HDD or older SATA SSD. 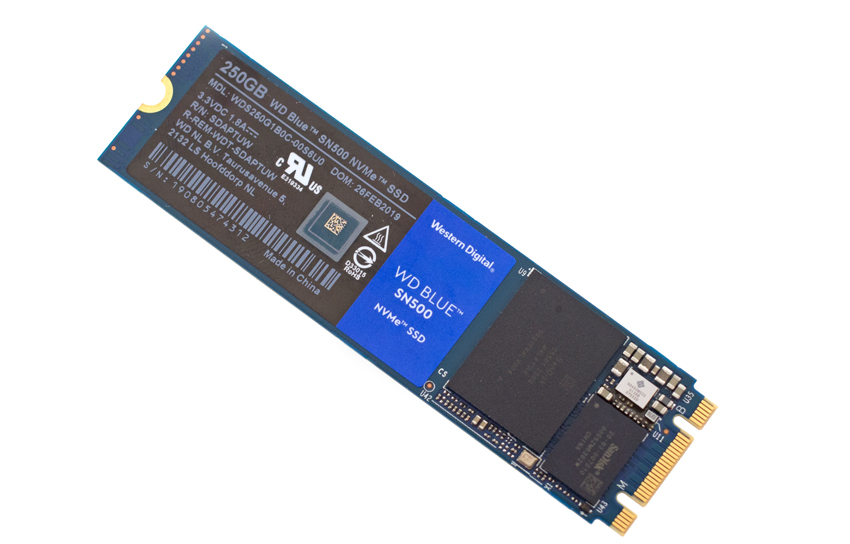 In terms of performance, WD makes the claim that the WD Blue SN500 NVMe makes an impressive performance jump of three times that of the high-end SATA SSDs. WD quotes (for the 500GB model) sequential read speeds of up to 1,700MB/s, while sequential write speeds are quoted at up to 1,450MB/s. 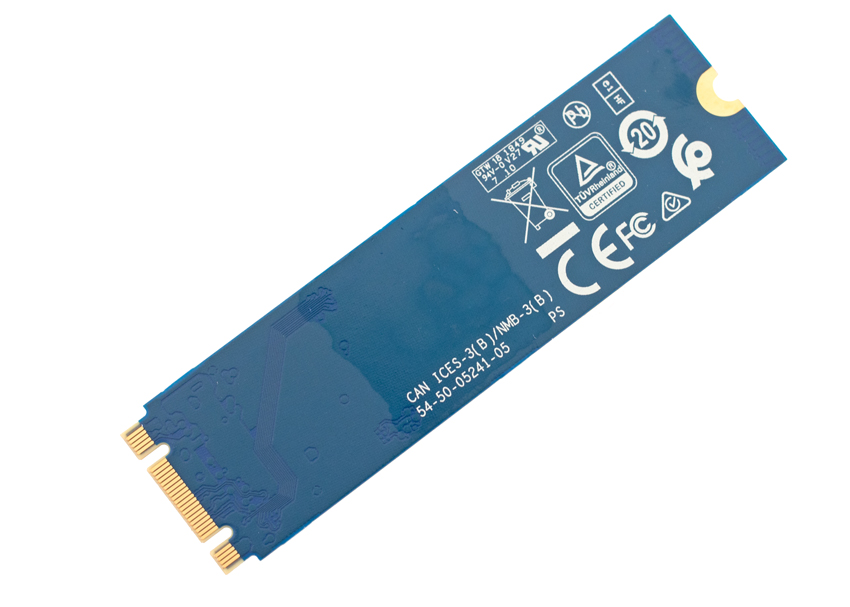 WD seems to have made a good move in eliminating the price disparity between SSDs and HDDs. The 250GB version costs only $53.99, while the 500GB version is priced at $75.99. In this review, we will be looking at the 250GB model.

Looking at the performance of rendering time (where less is better), the WD Blue SN500 found itself second from the bottom of the pack with a score of 4,458.1 seconds. 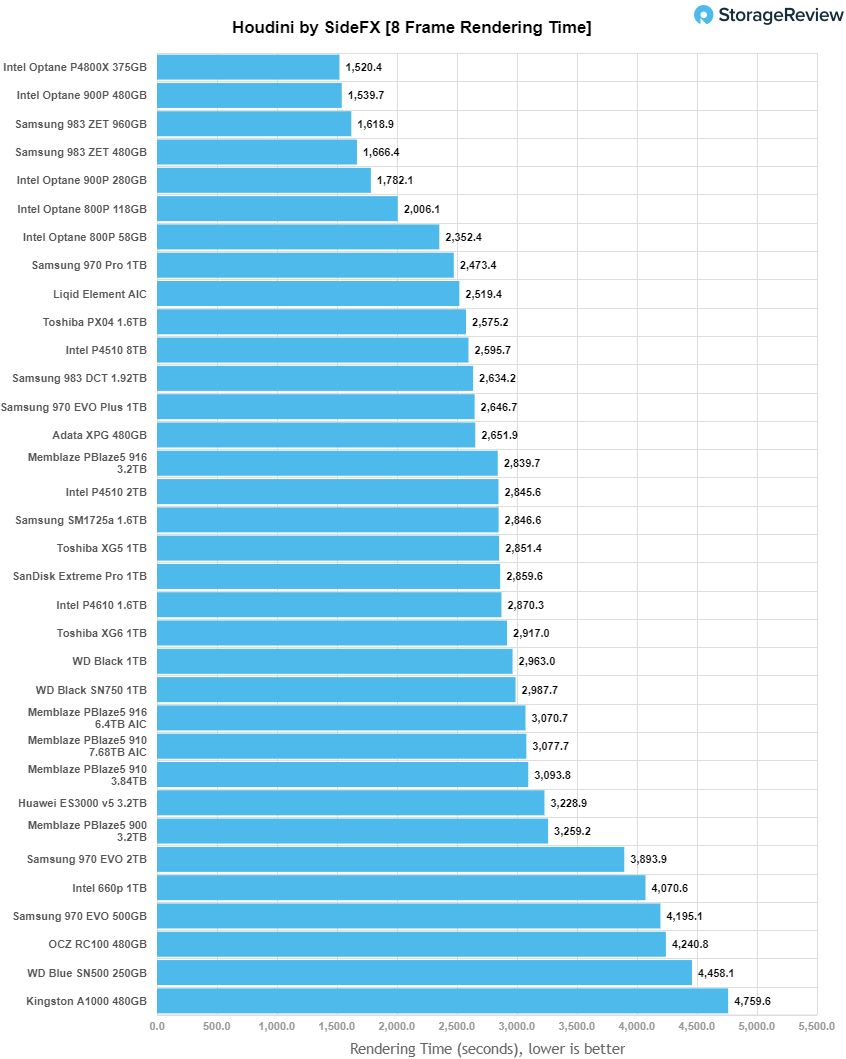 In our first VDBench Workload Analysis, we looked at random 4K read performance. Here, the WD Blue SN500 fell behind all other drives in small block random read performance, scaling from 942 IOPS with a 604.9μs latency and peak performance at 9,311 IOPS and a latency of 1,171μs.

Next, we looked at our VDI benchmarks, which are designed to tax the drives even further. These tests include Boot, Initial Login, and Monday Login. Looking at the Boot test, the WD Blue SN500 started off the test with a latency of 174.2μs and went on to peak at 30,251 IOPS with a latency of 1,188μs. The drive held last place in both burst and peak.

Our last of this series of tests is our VDI Monday Login test. Here, the WD Blue SN500 placed last in both burst and peak performance, showing a 195.3μs latency at burst and a peak performance of 12,241 IOPS with a latency of 1,303.6μs.

The WD Blue SN500 is a single-sided NVMe M.2 SSD designed for client PCs, gaming, and embedded applications. While WD’s “Blue” family has been around for a while, the SN500 is the first of the family that utilizes NVMe technology which aims to give a performance increase of up to three times that of the SATA drives.

When looking at the SN500, there are two key considerations, performance and price. Overall, while the WD Blue SN500 isn’t the greatest performing drive we’ve seen in the NVMe category, but it may be the least expensive when considering credible SSD brands. And while we didn’t chart out the low-cost QLC SSDs in this review as they skew the results too much, the Blue is a much better choice than the QLC SSDs on the market when it comes to performance. In the end, for users looking to upgrade an older SATA SSD or HDD the WD Blue SN500 may be an ideal candidate where price is the leading decision factor and performance comes secondary. Considering a sub-$55 entry price, the overall package is impressive.