The heart and soul of the storage array industry still continues to be the SAN. Despite the meteoric rise in unstructured data growth and file content, SAN storage still account for a majority of the money spent on external disk storage worldwide. SAN connectivity options traditionally were based around Fibre Channel, but in recent years the broader adoption of faster Ethernet has firmly planted iSCSI as a mainstream choice for SAN storage. Fibre Channel over Ethernet (FCoE) rounds out the options, but has been a relatively slow starter in the market.

The heart and soul of the storage array industry still continues to be the SAN. Despite the meteoric rise in unstructured data growth and file content, SAN storage still account for a majority of the money spent on external disk storage worldwide. SAN connectivity options traditionally were based around Fibre Channel, but in recent years the broader adoption of faster Ethernet has firmly planted iSCSI as a mainstream choice for SAN storage. Fibre Channel over Ethernet (FCoE) rounds out the options, but has been a relatively slow starter in the market.

SAN storage is all about the consolidation of multiple workloads into a shared pool of capacity. The way that capacity is used depends on the host that a given volume/LUN is presented to. The storage array itself simply presents the capacity; any file system or OS requirement is driven by the host on the other side. The storage array itself is able to provide advanced data services such as multi-site replication and sub-LUN data tiering across different physical disk types. Applying these data services once at the array level can be much more efficient than managing them separately at the host level. This is particularly true in enterprise environments where you may have dozens if not hundreds of physical servers connected to the same storage array. 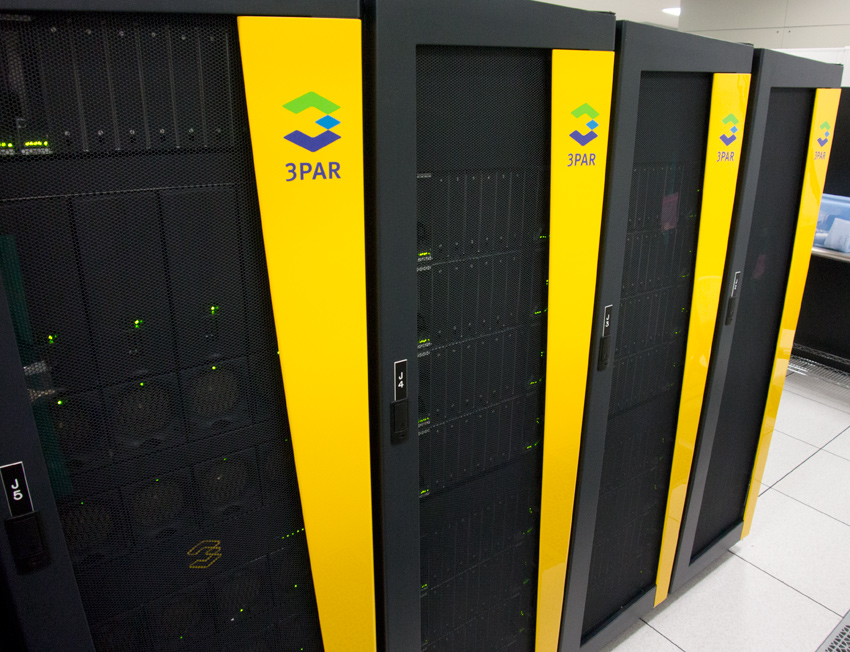 One of the biggest drivers of SAN segment growth in the last 10 years has been virtualization. In addition to utilizing compute resources much more effectively, virtualization has provided the needed abstraction layer between hardware and workloads to provide workload mobility. Moving applications across physical hosts for maintenance, workload balancing, or disaster recovery requires shared storage. It will be interesting to see if hypervisor vendors follow the likes of MS Exchange and build more storage smarts into the hypervisor level. But for now, if you are running virtual servers, chances are that you are connecting to some sort of shared storage device.

One interesting riff on the SAN song and dance is that of the Virtual Storage Appliance–software that is able to utilize host-based DAS, but pool that capacity together and represent it out to applications as shared capacity. This hybrid doesn’t exclusively fit in DAS or SAN, but is really a blending of the two. LeftHand Networks was one of the early pioneers in this space with their VSA solution. Originally positioned as a starter SAN for those not quite ready for dedicated hardware, it has recently found an entirely new market segment as large independent cloud providers look to build out shared infrastructure in a more cost-effective way. VMware has seen the appeal of this approach and recently started including a VSA within its vSphere product. While the VMware VSA is an early-generation product and therefore feature-limited as compared to the LeftHand VSA, it is a good validation of this emerging space. 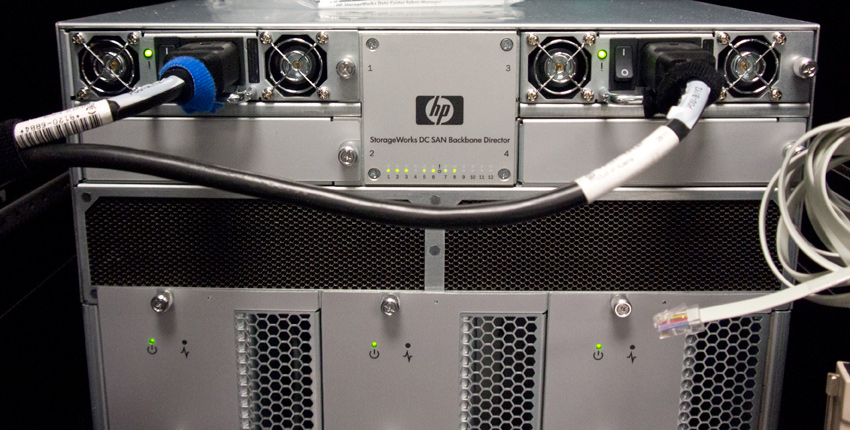 Another emerging category of SAN is that of the solid state disk (SSD) array. While functionally similar to traditional disk arrays in that they present shared capacity to multiple hosts, these solid state-optimized platforms are capable of reaching absurdly high IO points with extremely low latency. For certain high-performance computing applications, these are a great pick. Mainstream computing environments, however, are more likely to benefit cost-wise from selecting storage that delivers robust data services and utilizes sub-LUN tiering to move “hot” data onto an SSD tier dynamically and only as needed while still maintaining a majority of blocks on large, low-cost disks. 3PAR was the first high-end disk system vendor in the market to ship sub-LUN tiering software to capitalize on the fact that 90% of the IO on most systems comes from less than 10% of the blocks. It’s this reality that makes me think that highly optimized SSD arrays are overkill for most and will continue to be a niche for a while to come.

One last topic worth touching on in the SAN category is that of Storage Federation. Much like VMware vMotion lets you move VM workloads between hosts, Storage Federation is an emerging technology that lets you non-disruptively move data volumes natively between homogeneous storage systems. Like other array-based data services, federation can be a very efficient way to balance workloads, deal with maintenance, or even take the pain out of infrastructure refresh actions. Similar to how Thin Provisioning has become table stakes for disk systems nowadays, Storage Federation will become more and more important as datacenter managers seek to manage capacity at a singular persistent level vs. managing individual storage arrays.

Brad Parks is a strategist in HP Enterprise Servers, Storage and Networking, focusing on product and solution development for HP Converged Infrastructure as it relates to HP Storage. Parks works with customers, product teams and the technical community to develop content and programs to communicate HP’s strategic direction and unique customer value related to data storage.