Cisco introduced the Nexus 9500 in 2013 as part of the Nexus 9000 family of data center switches. Considered innovative at the time, the Nexus 9500 was a high-performance, scalable, and programmable switch featuring the first backplane-free modular switch. The Nexus 9508 was the top-of-the-line model offering high-density aggregation layer capabilities in a chassis delivering eight slots of 40G performance. 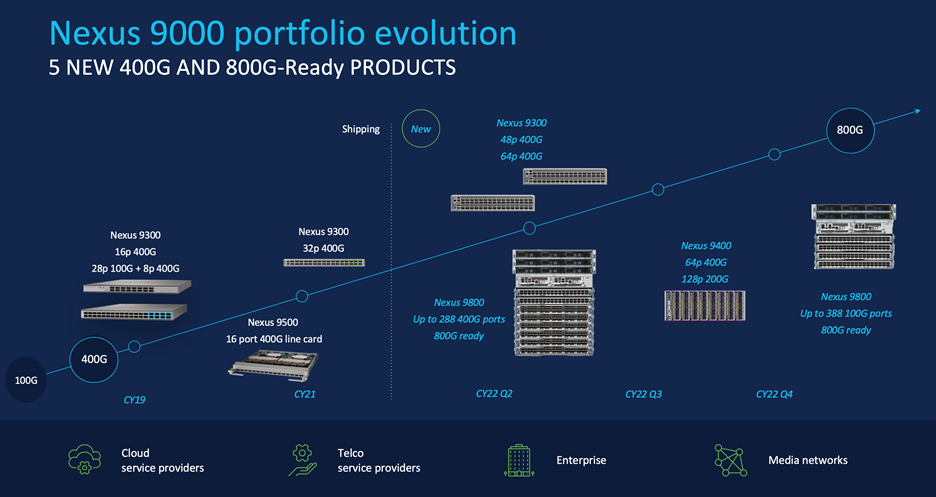 Fast forward to Cisco Live 2022, and the performance standard for Gigabit Ethernet has increased ten-fold to 400G, with customers already planning for an 800G migration options.

Diversity in workload deployment models such as on-premises, virtual machines, containers, bare metal, and serverless has contributed to the explosion of traffic within and between data centers and clouds, ultimately requiring fatter pipes to carry that data. According to a survey by the Dell’Oro group, these trends are enabled by the speed and scale of bandwidth evolution, including 400G, which is expected to increase 224-fold by 2026, and 800G will see an 84-fold uptick.

The 9800 is the new flagship modular data center switch with 14.4Tbps fully encrypted bandwidth per slot. With a highly scalable architecture and backplane, the Nexus 9800 will enable customers to migrate to 800G performance seamlessly as their performance requirements grow over time.

A compact, modular chassis offering up to 64 ports of 400G line-rate performance (or up to 128 ports of 100/200G performance). The Nexus 9400 solution is a fit for customers who want the flexibility of modular line cards in a 4U compact form factor leveraging a single 25.6Tbps Cisco ASIC. Use cases include compact spine designs and efficient multi-plane scale-out fabric designs, enabling the gradual transition from 100G to 200G to 400G links. 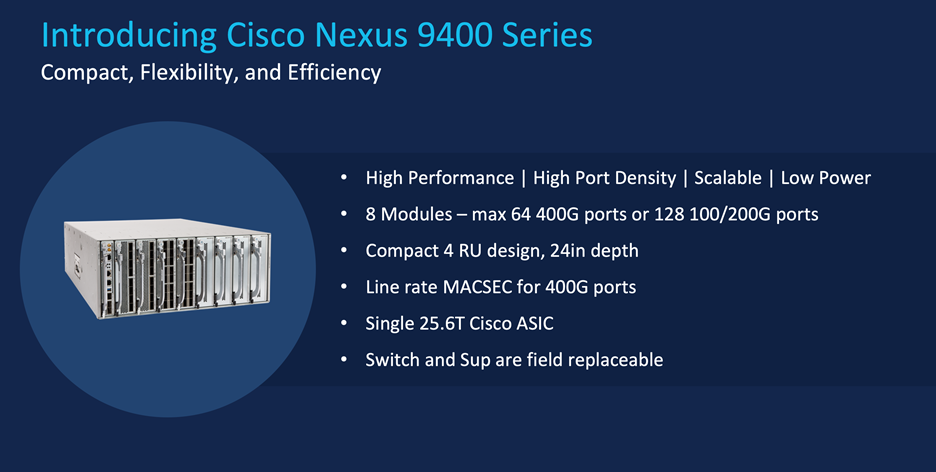 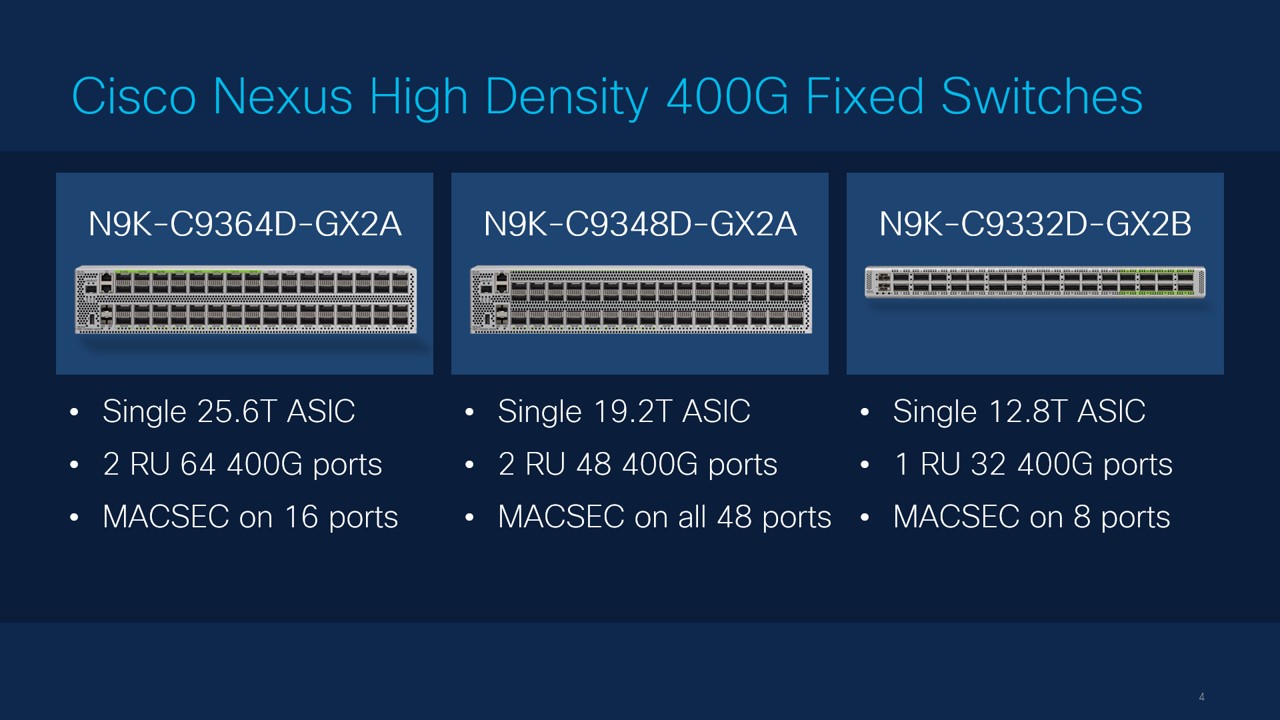 With these additions, the Nexus 9000 family now offers a full breadth of 400G options that can meet the data center and hybrid cloud needs of enterprises and service providers of all sizes. With the new additions to the Nexus 9000 family, there are models with density and form factors that fit the space-constrained edge data centers, with performance and low latency to run most data-intensive applications, including AI/ML, storage over IP, rich media, and advanced analytics.