At the beginning of June Cisco hosted a Future Cloud event it showcased several of its cloud innovations. From our view, the event was highlighted by the new Cisco UCS X-Series, powered by Cisco Intersight. X-Series is a bit different than past rack or blade models, as it blends systems and node types into a highly flexible infrastructure that is cloud-managed.

At the beginning of June Cisco hosted a Future Cloud event it showcased several of its cloud innovations. From our view, the event was highlighted by the new Cisco UCS X-Series, powered by Cisco Intersight. X-Series is a bit different than past rack or blade models, as it blends systems and node types into a highly flexible infrastructure that is cloud-managed. 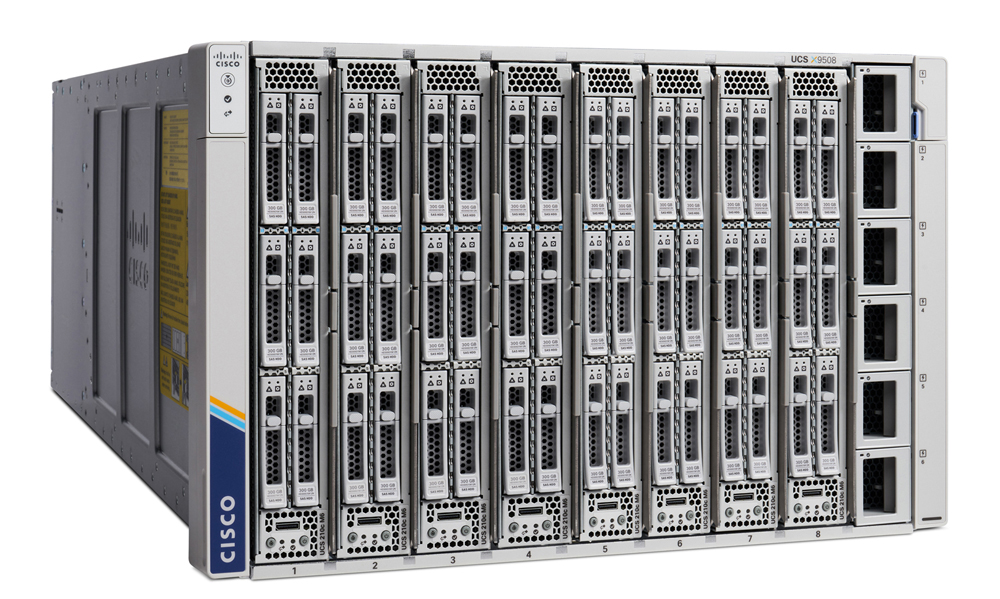 what is Cisco UCS X-Series?

The Cisco Unified Computing System (UCS) is a very long-running project. First installed at customers’ sites way back in 2009, UCS has been through many iterations as it adapted to the changing market. The core idea at inception and still today, is a server that is composed of many key features such as compute hardware, virtualization support, switches, and management software. UCS is quite popular, racking up over 55,000 customers since it first debuted. The company has released several versions including Mini and HyperFlex Edge units for smaller locations.

The IT landscape is continuing to change and now it is looking more and more cloud-centric. Everyone has some cloud strategy and it is mainly hybrid and/or multi-cloud. The Cisco UCS X-Series is a new modular UCS that is managed from the cloud.

The new series comes with the ability to respond with the performance or scale modern workloads need. The main thrust of the Cisco UCS X-Series is highly adaptable hardware or hardware that acts more like software. While this new UCS can be aimed at any number of use cases, the specific ones Cisco calls out are virtualized workloads, private cloud, enterprise applications, Database management systems, Infrastructure applications, cloud-native applications, in-memory databases, Big data clusters, and GPU-accelerated AI/ML workloads.

Currently, the Cisco UCS X-Series comes in two pieces though it will expand to more as time goes on. Let’s take a look at the available components.

On the compute side of things, Cisco is offering the Cisco UCS X210c compute node. The company is stating that this node is a merging of the density and cabling advantages of a blade server and the expandability of a rack server. The X210c offers plenty of I/O, storage, and networking. It also comes with a vertical orientation that the company claims will provide better cooling. As with the rest of the UCS, the X210c is managed by Cisco Intersight.

Let’s get into the nuts and bolts. For hardware, the server comes with up to two 3rd gen Intel Xeon Scalable processors with up to a total of 80 cores. There are 32 DIMM slots total, sixteen per socket. This can translate into up to 8TB of 3200 MHz DDR4 RAM. Since it is Intel-based, users also have the option of adding up to 16x Intel Optane Pmem modules that can bring the total memory to 12TB.

The server node comes with the VIC 14425 modular LAN on the motherboard for two 25Gb ports. There is a rear mezzanine slot for two more 25Gb VIC 14825 ports. The front mezzanine slot is for either a Cisco FlexStorage RAID controller or a Cisco FlexStorage passthrough. For storage, there are six drive bays that can house SAS, SATA, or NVMe storage along with two M.2 slots with hardware RAID support. 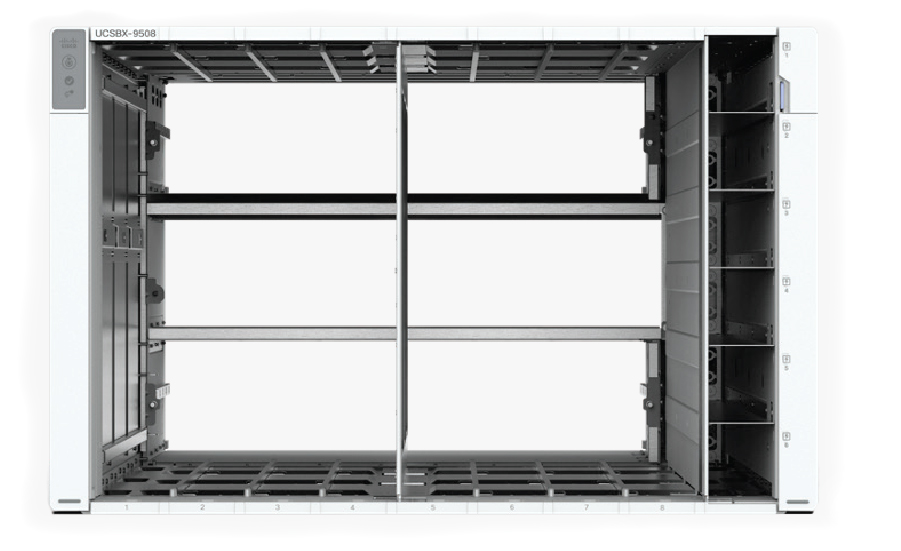 The Cisco UCS X9508 is a midplane-free chassis. The compute nodes are inserted through the front in a vertical fashion where they connect to I/O connectivity modules (horizontally oriented) in the rear.

The chassis is 7U in size and has eight slots for a variety of nodes. Currently, the above compute nodes are all that are available, but there will be future support for GPU, FPGA, and storage nodes.

The chassis sports two Cisco UCS 9108 Intelligent Fabric Modules for unified Ethernet fabric (with future support for other standards). There are six 2800W PSUs as well as four 100mm fans for cooling.

Putting it All Together

As it stands, users would slide in the compute nodes vertically from the front. These then connect to the provided Cisco 9108 Intelligent Fabric Modules granting up to 200 Gbps of unified fabric connectivity per compute node. The IFMs connect to the Cisco Integrated Management Controller. This gives it a single point of connectivity and management. Here the system connects to either a Cisco UCS 6454 or 64108.

The whole kit and kaboodle are controlled by Cisco Intersight. Instead of having multiple things to go through, there is just a single GUI to deploy and manage it all. There is only one compute node offered at the moment but as new nodes become available, Intersight will incorporate them as they are plugged in through UCS’s X-Fabric technology. As noted, Cisco intends to add nodes specifically for GPUs and FPGAs, a storage node with NVMe drives, and a memory/persistent memory node for in-memory computing.

When modern apps are leveraged, various apps needed various resources. In the past, one would have to just really pump up their servers with performance, storage, and accelerators like GPUs. The Cisco UCS X-Series intends to deliver the resources needed in a simple manner or cloud-like. This means that the new X-Series will be better set for future apps as well.