Today at Citrix Synergy in Atlanta, Georgia, Citrix announced new refinements to its digital workspace solutions centered around increasing the employee experience. The enhancements announced today all center around improving the workers’ flow and productivity. Citrix also announced that it has launched Citrix Workspace for Google Cloud.

Today at Citrix Synergy in Atlanta, Georgia, Citrix announced new refinements to its digital workspace solutions centered around increasing the employee experience. The enhancements announced today all center around improving the workers’ flow and productivity. Citrix also announced that it has launched Citrix Workspace for Google Cloud. 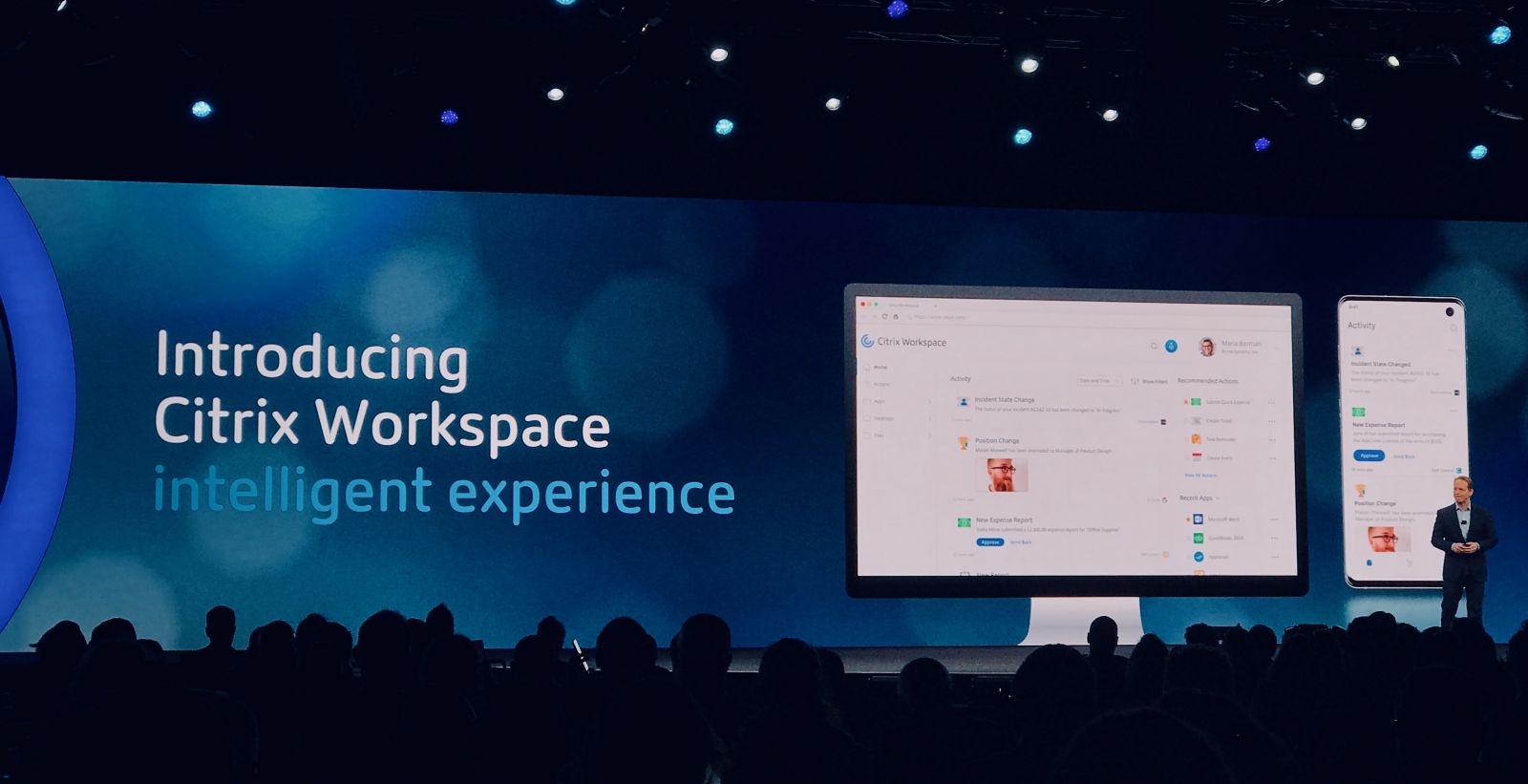 Over the last decade and more specifically the last few years, the concept of work has changed drastically. Where it was once common to go into the office and sit at an assigned desk or office and use the same hardware day after day, now employees can work from almost anywhere they happen to be. Not only that, they can work from a home desktop, work mobile through a laptop or tablet, or use any thin client they can sign into. Citrix Workspace App announced last year took this concept a long way. The App gave users secure access to their web, SaaS, Windows, Linux and mobile apps. The problem that has arisen recently isn’t the access, but too much access.

We all need the right tools to get the job done. The average employee uses roughly a dozen apps to get the information they need to do their work effectively. This constant jumping around can impair productivity worse than spending too much time at the water cooler. There is also plenty of wasting potential here as only a tip of the iceberg is being used in terms of functionality. Citrix is addressing this issue by leveraging machine learning to guide their employees’ workflow in a simplified and smarter manner.

Citrix Workspace is now able to sift through all of the relevant apps and deliver insights straight to the end user (on whatever device they use) through the leveraging of over 100 microapps pre-built for popular software services. This means fewer steps for the user and the ability to jump right into the heart of their work. Workspace also utilizes recent integrations with collaboration tools such as Microsoft Teams and Slack to deliver these insights in a constant stream. Citrix has a planned Managed Desktop as a Service that enables IT to deliver a unified, secure work environment in the cloud. This service will initially be available on Microsoft Azure.

Work anywhere, from any device, with the apps you need sounds great to the end user but sounds like a security nightmare to IT. Citrix allows companies to dynamically apply security policies without interfering in the end users experience. According to the company, the solution also provides full logging of security threats and automated resolutions that can be monitored by security experts and exported to other analytics platforms through planned integration with Splunk. Citrix has released Keylogging and Screen capture/session videoing to fight against malware. These new capabilities will provide security for all connections to Citrix Virtual Apps and Desktops. Citrix also introduced a behavior-based BOT detection capability delivered in Citrix ADC to help mitigate attacks like password spraying, credential stuffing, and content scrapping. And Citrix integrated risk indicators and user and entity inventory from Microsoft's Graph Security API into Citrix Analytics to give admins a unified threat intelligence view across their Citrix and Microsoft solutions.

Citrix also announced that it was extending Citrix Workspace to Google Cloud enabling companies to deliver Citrix apps to Google devices and operating systems. This marks a fairly large change as Citrix moves beyond its Virtual Apps and Desktops. Workspace will be interoperable with Google’s Cloud Identity allowing for such things as he seamless authentication of users using G Suite credentials to access Citrix Workspace. This will also bring important notifications from G Suite into the new feed announced above.

Welcome to #SunvalleyGroup, the creators behind of