As part of the run-up to CES, Dell has shared information on a slew of new computers and monitors with us. Dell scheduled all of these new devices to be released sometime this year. A few are even slated for release later this month. Recognizing that most companies have moved to predominately working from home, Dell’s announcement today focused on laptops. There are new Latitudes and Precision laptops to look forward to. In addition to the laptops, Dell also announced all-in-one monitor/PCs with the OptiPlex line, as well as over a dozen new monitors. That’s a lot to get through, so let’s get started.

As part of the run-up to CES, Dell has shared information on a slew of new computers and monitors with us. Dell scheduled all of these new devices to be released sometime this year. A few are even slated for release later this month. Recognizing that most companies have moved to predominately working from home, Dell’s announcement today focused on laptops. There are new Latitudes and Precision laptops to look forward to. In addition to the laptops, Dell also announced all-in-one monitor/PCs with the OptiPlex line, as well as over a dozen new monitors. That’s a lot to get through, so let’s get started. 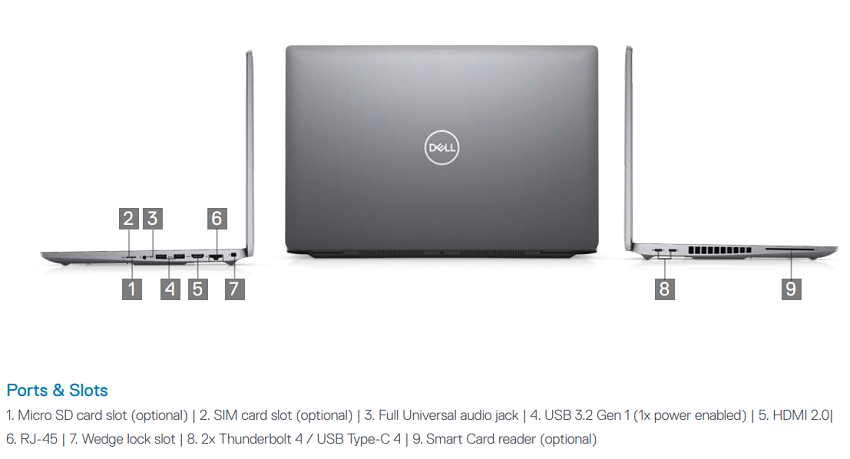 First up is the new Precision laptop. Dell’s Precision Laptops are traditionally targeted at developers and other engineers who need all the processing power they can get to work efficiently. According to Dell, their new Precision 3560 laptop will be available early next week with a starting price of $1,189 USD. Customers will be able to select from a variety of Intel i7 vPro 4-Core CPUs. Likewise, customers will be able to configure their laptops with between 4GB and 64GB of DDR4, 3200Mhz memory. As an x5xx Dell laptop, it will naturally come with a 15.6″ display. Dell plans to offer a few resolution options, up to 1920×1080. Dell will ship the laptops with a wide range of NVMe SSDs from tiny 128GB M.2 drives up to satisfying large 2TB M.2 drives. The picture above displays the selection of ports on the laptop. 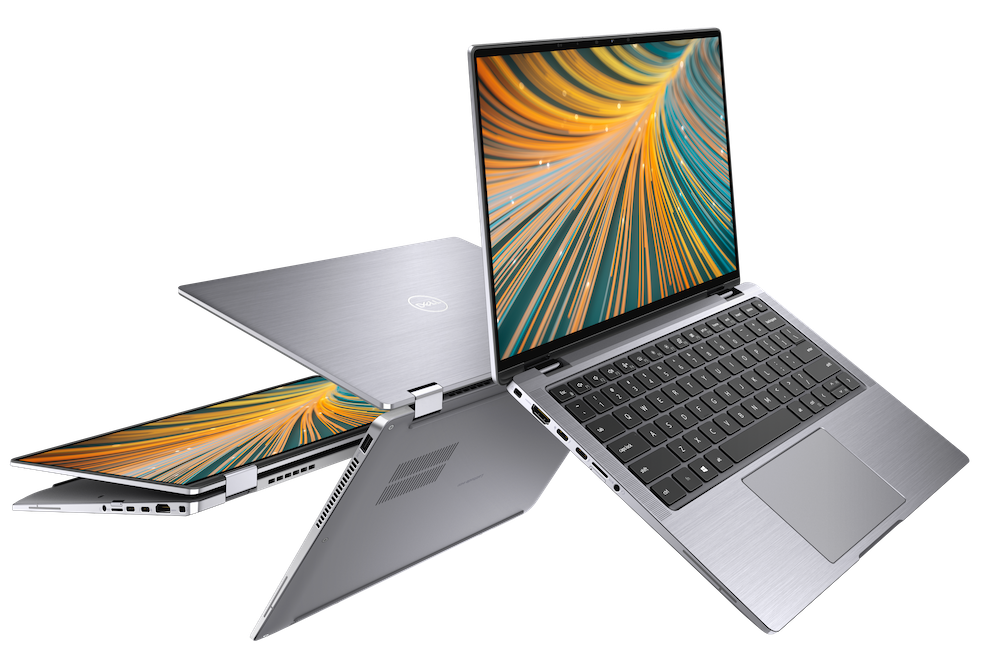 Next up are the new Latitudes. Dell’s Latitude laptops are traditionally targeted at business users. Dell announced plans to release three new Latitude models, the 5000 series, the 7000 series, and the 9420. Despite being their midrange series, Dell currently plans to allow customers to select processors every bit as powerful as the higher-end 7000s for the new 5000s, up to Intel i7 vPro 4-Core CPUs. There’s a little more daylight between memory options for the 5000s and the 7000s. Both support LPDDR4 SDRAM. The 7000s are expected to support RAM operating at up to 4266MHz, while the 5000s will be limited to just 3200. Curiously, the 7000s are restricted to shipping with at most 32GB of memory, where the 5000s can slot in up to 64GB. 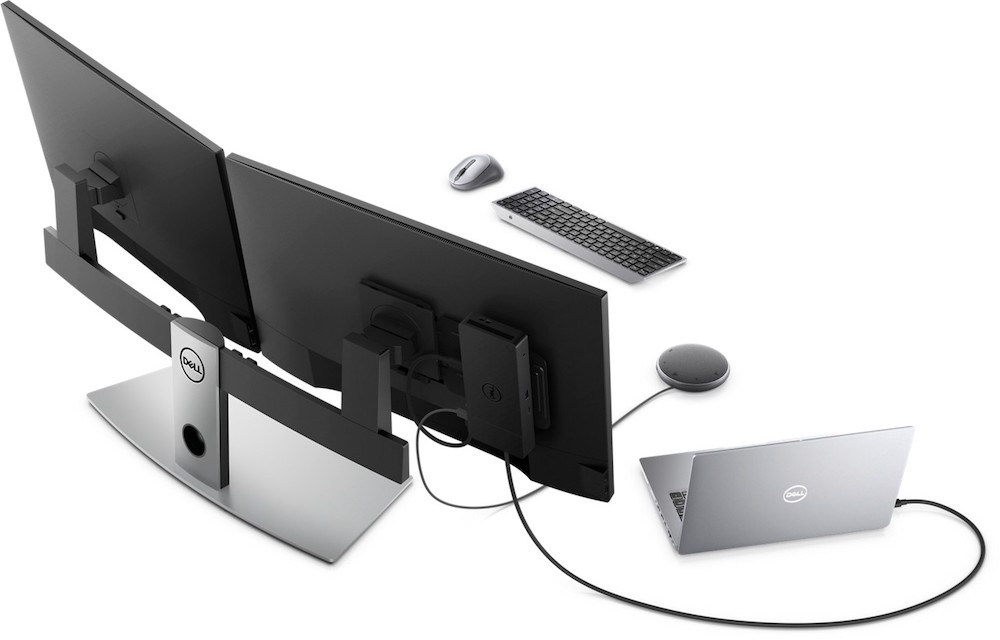 The Latitude 5000 series is expected to start off the year with three new models, all scheduled for release next week. The smallest model, the 5320 has a 13.3″ display and will be available in both 2-in-1 (laptop/touchpad) and laptop only versions. The larger 5420 and 5520 are only available as laptops. They will have 14″ or 15.6″ displays, respectively. The 7000 series isn’t scheduled for release until the end of March. Curiously, despite being the last of the Latitudes scheduled for release, they’re the only ones Dell has been willing to share a planned price point on. They’re expected to have a starting price of $999 (note that’s a starting price, not the full price after selecting the high-performance CPU, memory, and other components anyone buying a 7000 is likely to want). Like their putatively lower-end cousins, the 5000s, the 7000s are expected to release in three lines with mostly the same form factors. 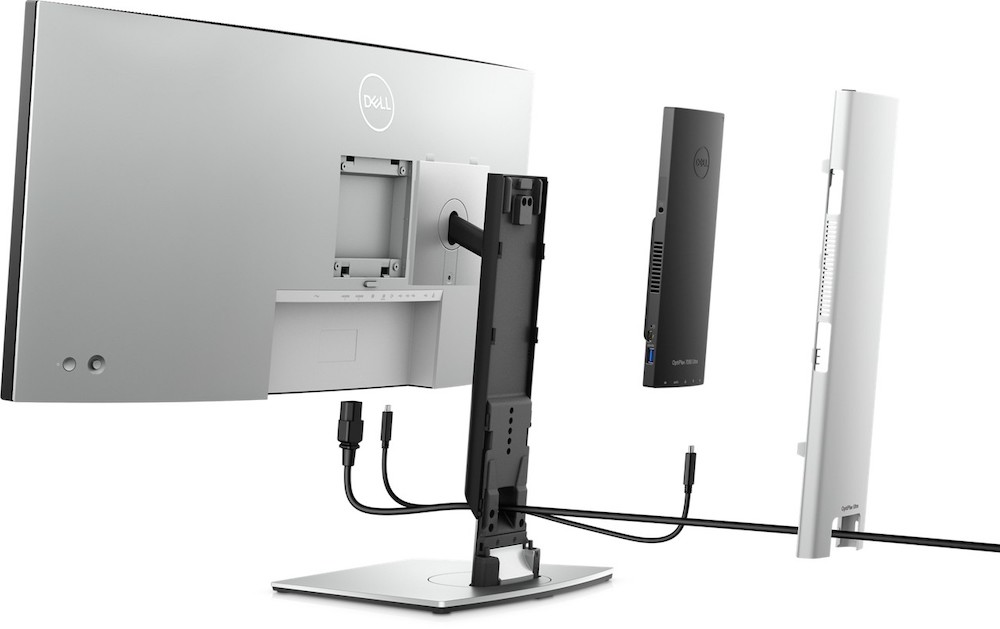 Moving on from the Latitudes, it is time to take a look at the Optiplex Ultras. The new Optiplex Ultras are curious and futuristic looking. Full personal computers built into a monitor form factor. Because Dell hides all the guts of this computer in the monitor stand, customers must use the monitor stands Dell provides. Most 3rd-party monitor stands will obviously not be compatible. Dell plans to release both versions, the OptiPlex 3090 Ultra and the OptiPlex 7090 Ultra, at the end of the month.

Dell provided a starting price for both models, but since that price doesn’t include the display, those prices aren’t very useful. Getting a monitor and a computer all in one is rather the point of this form factor. Both models are noticeably underpowered compared to the other computers we’ve looked at today. Both the 3090 and the 7090 will be able to ship with either an Intel i3 with just two cores or an i5 with four cores.

The 3090 also has a two-core Celeron CPU option, while the OptiPlex Ultra 7090 has an i7 four core option. Storage for the 7090 is a happier story. The OptiPlex Ultra 7090 will allow customers to choose from a variety of HDDs or SSDs of up to 2TB. Unfortunately, Dell plans to offer a noticeably smaller option set of storage options for the lower end 3090, limiting it to at most 1TB on an SSD or a 2TB HDD. While the extra memory on the HDD is nice, I can’t imagine going back to using one as my primary drive now that I’ve gotten used to how much faster and more efficient SSDs are. RAM on both models is limited to DDR4, 3200 MHz. Happily, both models can support up to 64GB of RAM. Dell does plan to ship the Optiplex Ultras with mice, keyboards, and the usual accessories to make them true all-in-one devices. 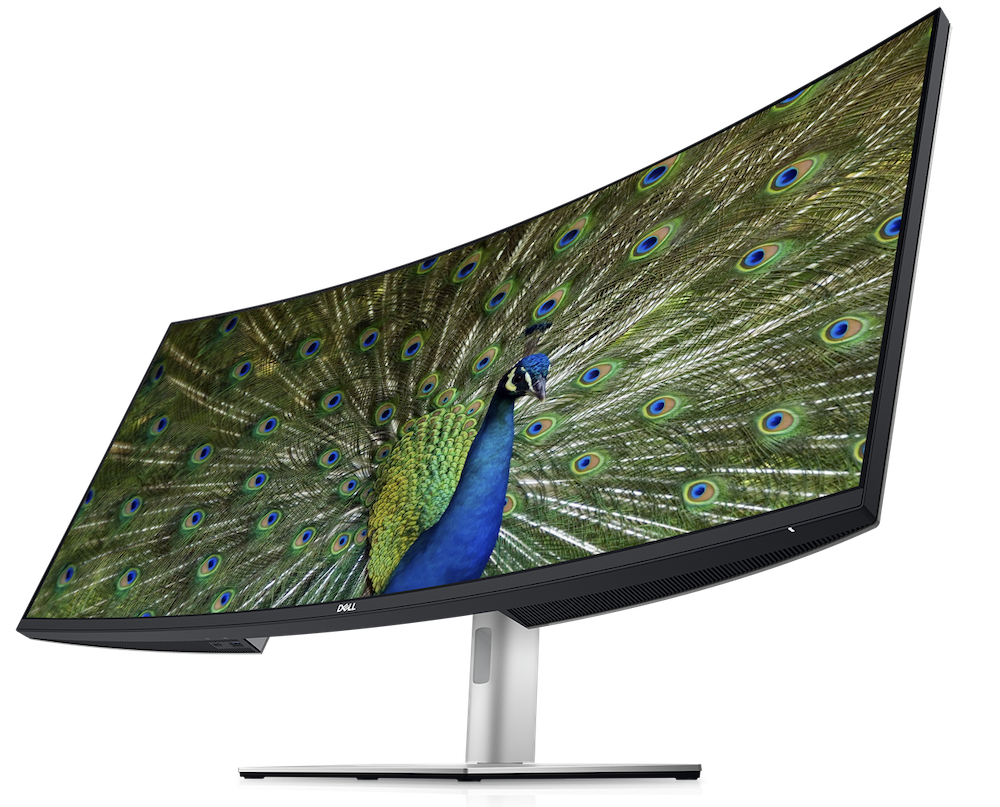 It’s been a long journey, but at last, we’ve arrived at Dell’s new monitors. Dell is planning to release over a dozen new monitors in the first half of 2021, far too many to discuss them all in detail here. What we can do is provide you with a list of availability dates down below. We’re hoping to be able to review at least some of them in more depth as we get closer to their release dates.

The cheapest monitor that Dell has set a starting price for so far is Dell’s 24″ Video Conferencing Monitor, the C2422HE, at $519.99. The most expensive is the luxuriously wide Dell UltraSharp 40 Curved Monitor (U4021QW) with a starting price of $2,099.99. This display has a maximum preset resolution of 5120×2160, giving it a 140 PPI. The refresh rate of 60Hz is more than adequate for the vast majority of business use-cases.