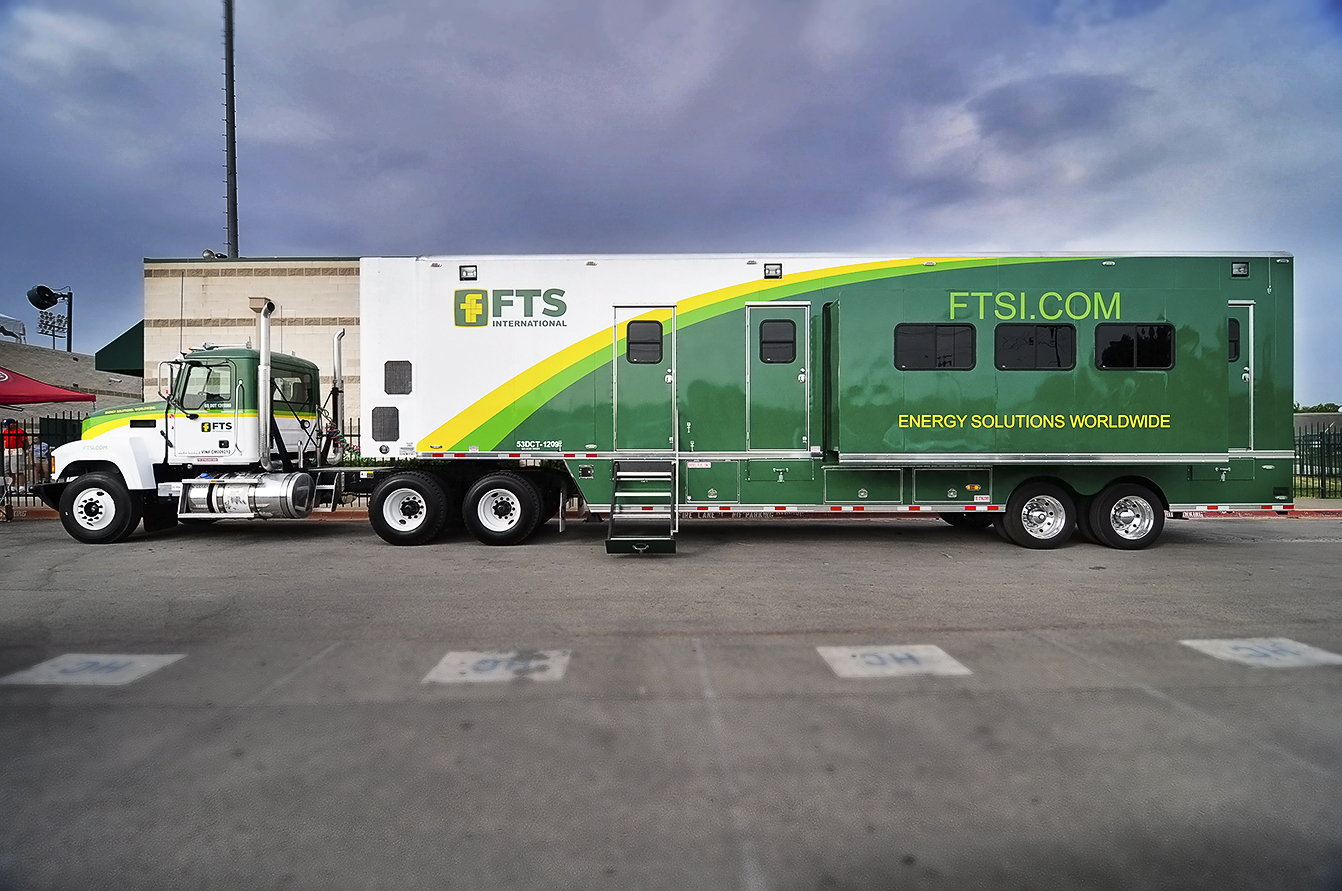 FTSI is a very mobile and distributed company. It operates 25-35 mobile “data vans” at a time. These data vans are essentially mobile servers installed in a van so that they can be easily moved to be co-located with the current location of their pumps. The data vans send sensor feedback and other metrics from the FTSI custom-made pumps they have been parked near, back to their primary data center. FTSI uses data vans to provide its edge computing needs instead of more traditional and less “cool” solutions, because their pumps are typically on-site for only a few weeks before moving on to the next location. Data vans transmit information back to the primary data center through a satellite link. Like many small- and medium-sized businesses, FTSI uses a colocation facility to host their data center. At the start of our story, they were a Dell shop and used blade servers for all the computing needs at their main facility.

FTSI was founded in 2002 and has a veteran IT team. When we talked with its IT Infrastructure Lead, Eric Morrison, he struck us as being both experienced and knowledgeable. Bucking the stereotype of the anti-social computer nerd, he was also pleasant and polite. Although FTSI headquarters is in Fort Worth, their IT team has been managing a frequently changing network that covers roughly a quarter of the continental United States with data vans ranging from Texas to Pennsylvania to Florida. 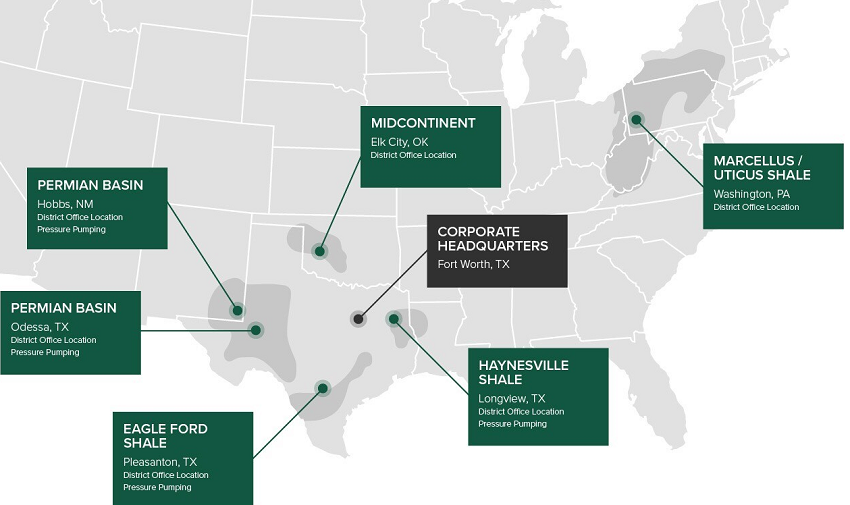 FTSI began its journey of adopting Azure Stack HCI with a focus on high availability and security. The decision to implement Red Forest security is what kicked off the search that ultimately led them to adopt Azure Stack HCI. Red Forest is an Active Directory (AD) user identification model that splits users into three horizontal tiers. Grouping services into distinct tiers limits the ability of attackers to compromise other elements of the network even after they successfully gain access to a user account through phishing or other techniques. According to Morrison, “The first step towards that was we needed a whole new separate environment to run that on. And that’s where we got the 2-node HCI.”

In addition to the need for multiple separate environments, Morrison “didn’t want to rely on anything in our data center to maintain that environment.” FTSI saw a lot of value in offloading disaster recovery and backup to the cloud. HCI is often used to mean hyper-converged infrastructure, but it can also be read, as in this case, as hybrid cloud infrastructure. One of the key strengths of a hybrid cloud approach is that it allows companies to get the safety and security of offsite backup at a fraction of the capital cost, setting up a second facility only used for backup would incur. The latter was a practice that was commonly recommended even just a decade ago.

FTSI considered several solutions before settling on DataON’s solution for Azure Stack HCI. Since FTSI was primarily a Dell shop at the time, picking one of their solutions would have been natural. Especially since Eric Morrison had several good things to say about Dell and says they still have a good relationship with them. However, DataON was able to offer a good price point, while still providing all the features that FTSI wanted. DataON was able to meet the feature needs of FTSI, primarily thanks to the improvements Microsoft has made to Azure Stack HCI in recent years. In terms of price, DataON has a significant edge over Dell and other established providers in this space because they offer a leaner platform with Azure Stack HCI. Most established providers bundle useful software with their HCI solutions. In FTSI’s case, the extra functionality that something like Nutanix or VMware would provide wasn’t needed (FTSI considers itself a Hyper-V shop). Because DataON’s Azure Stack HCI solution didn’t require FTSI to purchase licenses for an unnecessary bundle of third-party applications, it was able to offer a better price point.

Traditionally, setting up a server rack might take a week or more of unboxing, racking, cabling, and configuring before provisioning the first system. DataON servers come pre-installed with Windows Server and pre-configured with the customer’s requested specs. In addition, DataON also sent out an engineer to help FTSI set up the new system. As a result, a process that usually takes at least a week was completed in less than a day, and the FTSI team was able to start provisioning and migrating systems to its new DataON solution for Azure Stack HCI during the first day. As of the time of this writing, FTSI was still happily running ASR, Azure Monitor with Log Analytics, and all of its critical Tier 0 applications like their domain controllers on its Azure HCI stack.

The package DataON included with FTSI’s Azure Stack HCI purchase was impressively comprehensive. The meat of the package was two 1U DataON S2D-5108i server nodes with four Intel Xeon Silver eight-core CPUs. Each node had four 2TB NVMe drives for storage. Also included in the package were multiple setup scripts to facilitate the fast setup and installation of the new system. In a similarly customer-friendly vein, the package also included detailed and easy-to-understand setup instructions for the HW. Most impressively, the package came with twenty pages of customized installation instructions that were nearly idiot-proof. The instructions were not just your standard-form instructions that leave the hapless user to guess which of the versions is closest to what they need. They included only information relevant not just to the hardware FTSI had purchased, but specific to their planned use – revealing a real attention to detail. With instructions like these, it’s no surprise the install process was quicker and smoother than the industry standard. As a cherry on top, the package also included testing and benchmark support to help verify that everything was assembled correctly and nothing was damaged in transit.

The other reason the installation process was so smooth was that DataON provides a truly turnkey solution. Not only do they offer onsite deployment support and onsite integration setup assistance, but their team also assisted FTSI in selecting the right system for their needs. Before ever arriving onsite, DataON engineers were involved in infrastructure design. Even after the setup was complete, they also assisted with testing validation.

In terms of data throughput, the FTSI datacenter smoothly processes all the information 25-35 data vans can send it. This works out to about 30-50GB of data a week just from the data vans. All of this data is retained, although most of it is currently being archived onto slower legacy systems.

Looking to the future, FTSI has been so pleased with the performance and low-maintenance cost of their DataON solution for Azure Stack HCI that it is considering expanding where it’s used. The two apparent upgrades would be to replace the rest of its data center hardware with additional HCI appliances or replace their edge nodes in the data vans. It’s currently considering if there are any other areas of their operations where HCI clusters will improve the technology. Each data van is custom-built and upgrading them to HCI would be costly in the short term, so that switch is likely to be the last one made. However, if completed, it would likely save them money in terms of reduced outages, and operational savings like lower power demands.

This report was sponsored by DataON. All views and opinions expressed in this article are based on our unbiased view of the product(s) under consideration.