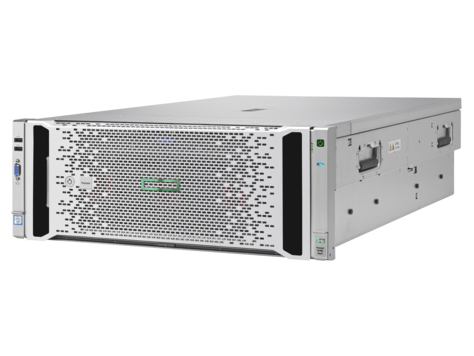 Traditional hosting and infrastructure-as-a-service (IaaS) is set to grow from a $60 billion market last year to a $70 billion market by 2016, according to 451 Research. By 2019 the market is set to double in size. As companies move their workloads away from traditional infrastructure toward specialized infrastructure, including IaaS and Software as a Service, service providers are looking for alternative technology solutions, including OpenStack. Using new open standards technology can bring economies of scale to data centers by enabling service providers to reduce operational costs, enhance efficiency and quickly adapt to changing business demands.

HPE is adding a new addition to its Cloudline, the Cloudline CL5200. The Cloudline CL5200 is a high density, multi-node storage server with an eye toward taking on explosive data growth while maintaining a small datacenter footprint. The CL5200 is built on an open design increasing its adaptability and integration and enabling it to fit into a multi-vendor management environment. The CL5200 supports one or two compute nodes, up to 80 LFF HDDs, up to 640TB of capacity, all within a 4U form factor. The CL5200 also has certified support for Scality RING, building off of Scality and HPE’s recent partnership.

HPE is also expanding its open source networking by introducing four new Altoline switches in its 6900 family. The new switches give customers new flexibility to meet specific needs, even one that features 25/100 Gbps. The HPE Altoline switch family provides service providers with their choice of open source networking operating systems, including Cumulus, Pica8, and later this year, OpenSwitch.

Commvault Rolls Out Its Latest Wave Of Innovation