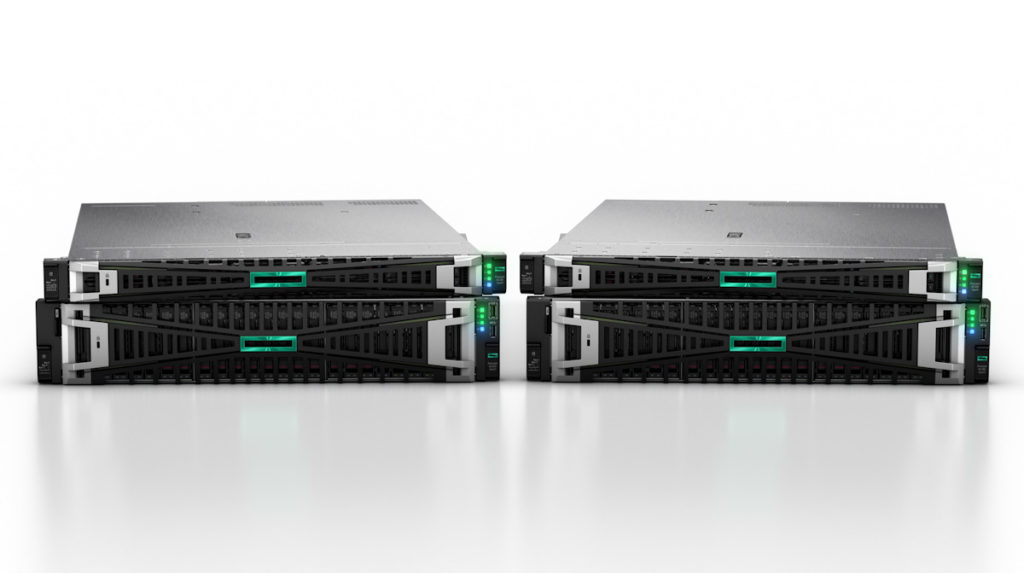 The new HPE ProLiant servers include an HPE GreenLake for Compute Ops Management subscription. This cloud-native management console increases operational efficiency by securely automating the process to access, monitor, and manage servers in any location. We posted updates to HPE GreenLake and presented a GreenLake Deep Dive Podcast.

HPE continues to deliver a secure infrastructure, from edge to cloud, with HPE Silicon Root of Trust delivering a security capability that protects millions of lines of firmware code, from malware to ransomware, with a digital fingerprint that is unique to the server.

The next-generation HPE ProLiant servers build on the HPE Silicon Root of Trust with new features to protect data and systems, including:

From a hardware perspective, HPE is essentially debuting two ProLiant servers powered by AMD Genoa. There are single-processor and dual-processor variants in 1U and 2U chassis. Within, there are a few notable updates when compared to the Gen10 servers. 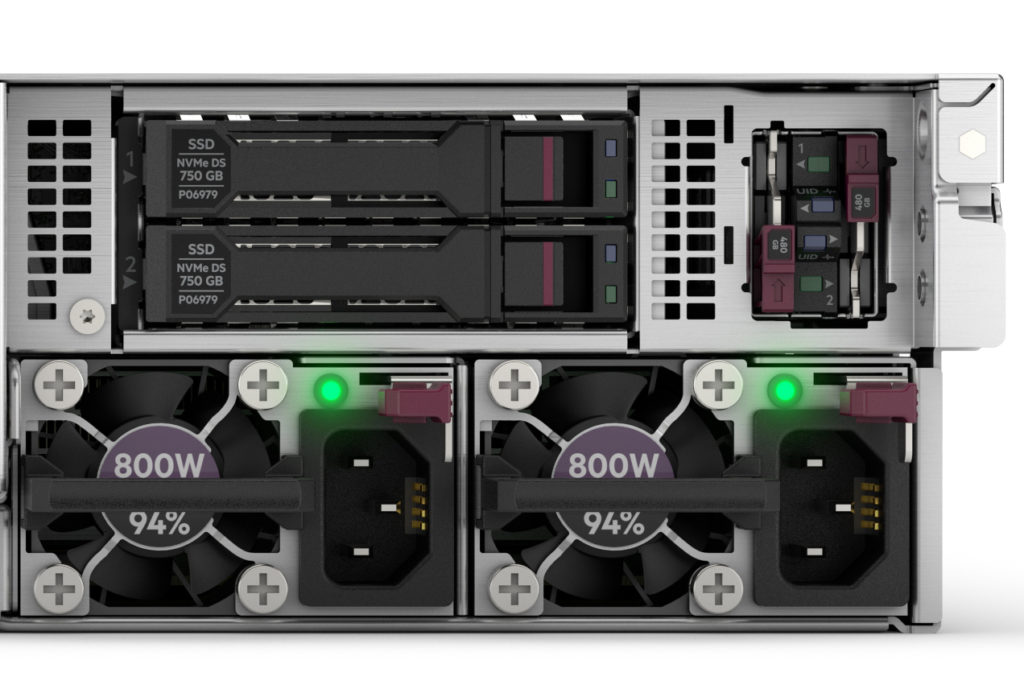 First, customers will now have access to externally accessible RAID NVMe boot drives. This is a big enhancement, prior boot drives were only serviceable by removing the lid. Now, the redundant boot drives can be accessed at the back of the machine for easy replacement. This gets ProLiant even with the Dell BOSS drive and is an important step forward.

The other big step forward in terms of storage is the adoption of E3.S. As you’ll see in the specs below, this gives HPE a massive density advantage when it comes to storage, especially in the 1U chassis where bays are traditionally limited by the 15mm U.2 form factor. In the traditional U.2 design, you’re limited to 10 SSDs. With E3.S, there’s now support for 20 SSDs in the front, doubling up the storage potential.

The 2U chassis offer additional storage via midplane options and even more bays in the rear of the chassis. Overall, these ProLiant Genoa servers should bring a lot of flexibility to the market. That said, the E3.S configurations aren’t immediately available and HPE has not yet provided clarity as to when they’ll be shipping other than the first half of next year. So customers may have to wait a while to get access to the really dense storage configs.

That said, SSD vendors that have gone to E3.S should be doing backflips in anticipation of a major server provider finally shipping these bays. Kioxia and Samsung have been touting E3.S solutions for around a year, just waiting for someone to broadly ship the slot for them to fill.

HPE ProLiant Gen11 servers featuring 4th Generation AMD EPYC processors will be available to order worldwide starting on November 10 including through the HPE GreenLake cloud platform. HPE has not yet announced support for their SDS and HCI offerings for these servers, but that’s expected in the coming months.