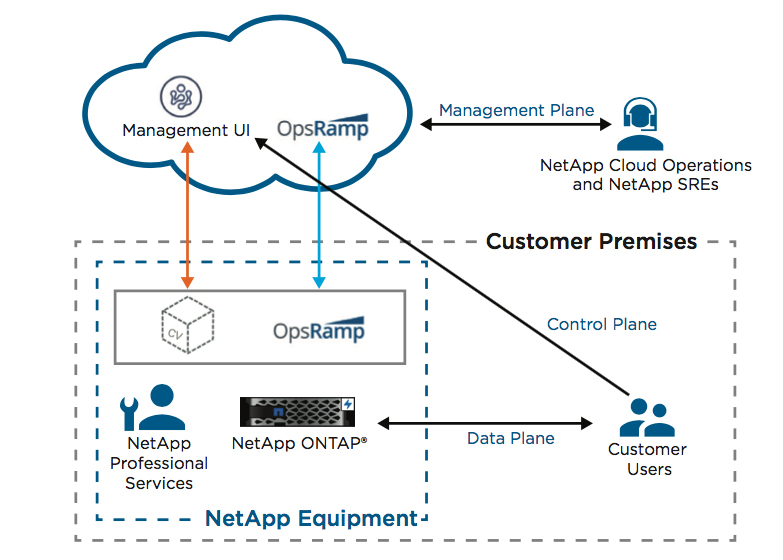 NetApp Cloud Volumes allows users to provision FlexVols in the cloud and support a majority of FlexVol features, like SnapShots or FlexClones. Cloud Volumes ONTAP (CVO) more or less gives the full version of ONTAP (with some limitations) in the Cloud as well as full integration into the Data Fabric. NetApp is expanding CVO’s capabilities with a new version of Cloud Manager, version 3.7.5. Cloud Manager is more tightly integrated with the rest of NetApp’s cloud portfolio allowing customers to mange more including Cloud Volumes Service for AWS and Azure NetApp Files. New capabilities include:

On the last note, while CVO works in all three of the major public clouds, NetApp is specifically spelling out some of the enhancements in AWS. NetApp states that CVO can enable migration of applications to the cloud to achieve the precise performance, scale, and security that each application demands. The Cloud Volumes ONTAP for AWS now offers:

Also available for NetApp Cloud Volumes ONTAP for AWS is the Cloud Backup Service. As the name implies, this service is a managed data protection offering with new support for CVO AWS. Cloud Backup Service is said to offer efficient backup of user data to cloud object storage with easy recovery in the event of data loss or to be used as a long-term data archive. Other features include: