At the Microsoft Inspire event, the company announced the next generation of its Azure Stack HCI. This technology stack has been around for a bit, so what it new about it exactly? This version, 20H2, has a new operating system, now in public preview, and Azure HCI can run on hardware that users already have if it matches Microsoft’s validated node solution.

At the Microsoft Inspire event, the company announced the next generation of its Azure Stack HCI. This technology stack has been around for a bit, so what it new about it exactly? This version, 20H2, has a new operating system, now in public preview, and Azure HCI can run on hardware that users already have if it matches Microsoft’s validated node solution. 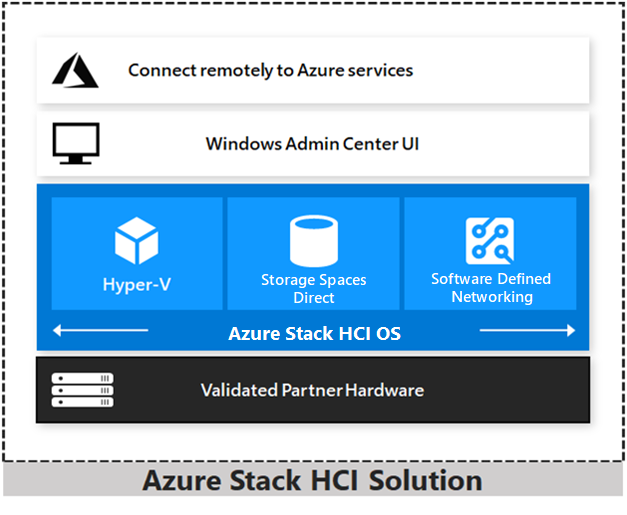 As we wrote previously about the technology, not all companies want to or are prohibited (by either corporate governance or government regulation) from running their IT and storing their data on a public cloud such as Azure. Azure Stack presents IT administrators with the same management tools that they use with Azure such as Azure Monitor, Azure Security Center, Azure Update Management, Azure Network Adapter, and Azure Site Recovery. To deliver the HCI components Microsoft uses Hyper-V for its hypervisor and Storage Spaces Direct for its local storage. Azure Stack HCI runs on standard x86 servers, and uses commodity hardware components for its storage and computing. We’ve also reviewed Azure Stack HCI with Optane.

The new OS isn’t based on the traditional Windows Server release any longer (though users can still leverage familiar tools such as Windows Server Admin Center or Azure portal) but is instead designed to run in HCI and specific to Azure environments. The Azure portal now allows uses to manage Azure Stack HCI deployments and Azure resources, side-by-side. Through Azure Arc, users can also monitor multiple clusters at scale and manage VMs running on Azure Stack HCI. Setup and deployment are said to be a bit easier with a new deployment wizard that lets users setup an Azure Stack HCI cluster and connect to Azure taking advantage of Azure Stack HCI native integration with core Azure services such as Azure Backup, Azure Security Center, and Azure Monitor.

A handful of other features announced include no cost Extended Security Updates (ESU) for Windows Server 2008 VMs running on the new offering. Microsoft gave some performance numbers in the 13 million IOPS range for the TPC-c SQL server workloads. And a new Stretch Cluster feature will be included for delivering native high availability and disaster recovery.

Another big deal with the newest version of the technology is the ability to run it on users’ choice of hardware. Previously, there were only a handful of validated solutions with the reference architecture to run Azure Stack HCI. Microsoft is expanding this list of partners with Lenovo and Intel being at the forefront. The preinstalled, validated version is still the fastest way to get started but it can now be ran on existing equipment as well. The existing systems need to match Microsoft’s validated node solution. This is a great option for those that aren’t looking for a hardware overhaul but want to take advantage of Azure Stack HCI.

There is a preview out now (link below) but there doesn’t appear to be any word on general availability as of yet.