First on the agenda was the announcement of the next-generation GeForce RTX 40 series GPUS powered by ADA Lovelace, designed to deliver extreme performance for gamers and creators. The new flagship model, the RTX 4090 GPU, is up to 4x the performance of its predecessor. 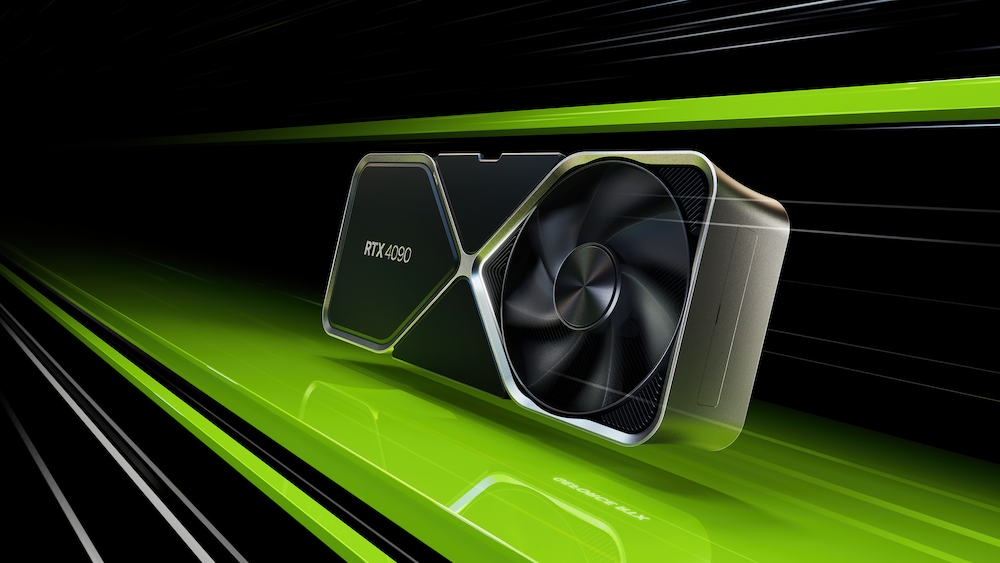 The first GPU based on the new NVIDIA Ada Lovelace architecture, the RTX 40 Series delivers leaps in performance and efficiency and represents a new era of real-time ray tracing and neural rendering, which uses AI to generate pixels. The RTX 40 Series GPUs feature a range of new technological innovations, including:

The technology is coming to popular game engines like Unity and Unreal Engine and has received support from leading game developers, with more than 35 games and apps coming soon.

The NVIDIA H100 Tensor Core GPU is in full production, and partners are planning an October rollout for the first wave of products and services based on the NVIDIA Hopper architecture.

The H100, announced in March, is built with 80 billion transistors and benefits from a powerful new Transformer Engine and an NVIDIA NVLink interconnect to accelerate the largest AI models, like advanced recommender systems and large language models, and to drive innovations in such fields as conversational AI and drug discovery. 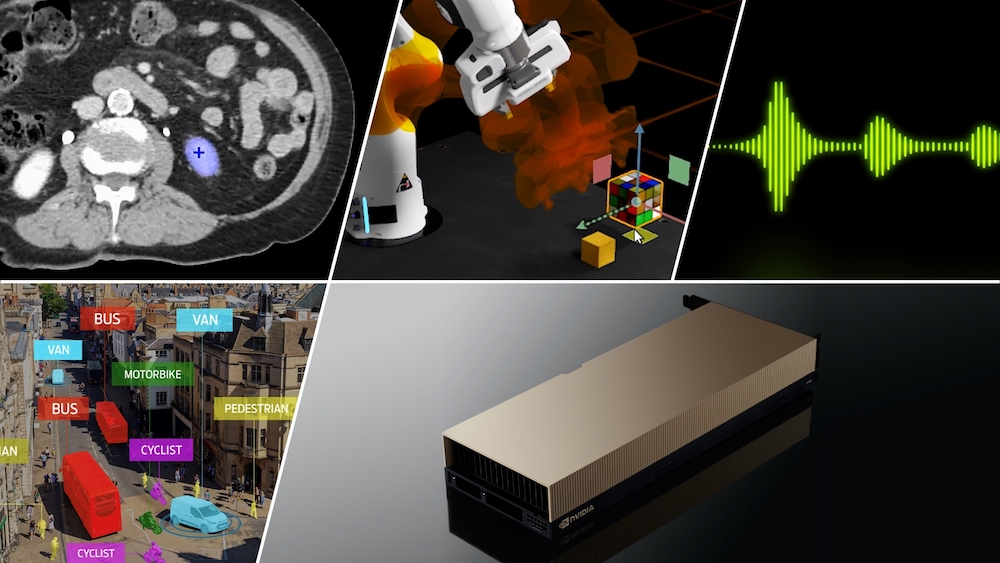 A five-year license for the NVIDIA AI Enterprise software suite is now included with H100 for mainstream servers. This optimizes the development and deployment of AI workflows and ensures organizations have access to the AI frameworks and tools needed to build AI chatbots, recommendation engines, vision AI and more.

Coming to a Platform Near You

For customers who want to try the new technology immediately, NVIDIA announced that H100 on Dell PowerEdge servers is now available on NVIDIA LaunchPad, which provides free hands-on labs, giving companies access to the latest hardware and NVIDIA AI software.

H100 Coming to the Cloud

Amazon Web Services, Google Cloud, Microsoft Azure, and Oracle Cloud Infrastructure will be among the first to deploy H100-based instances in the cloud starting next year. 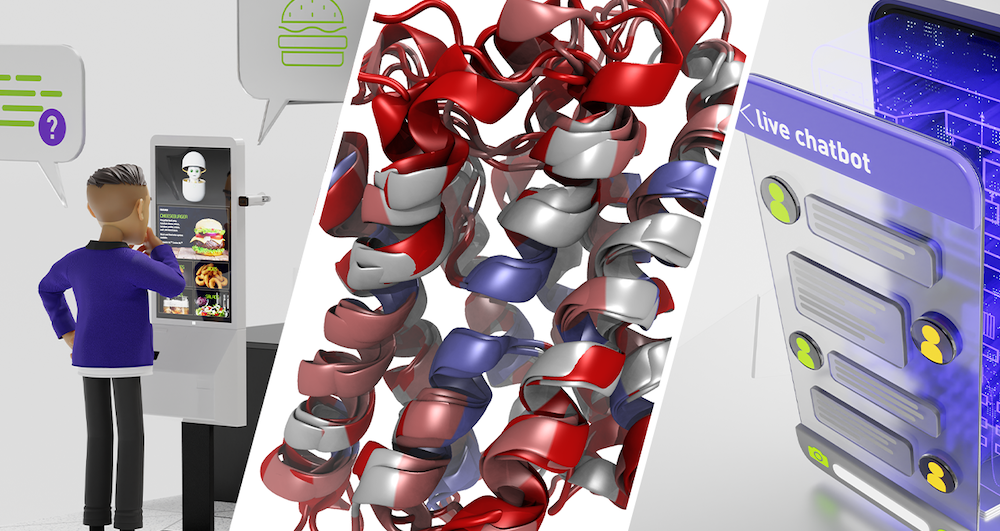 NVIDIA Omniverse Cloud is the company’s first software- and infrastructure-as-a-service offering. Omniverse is a suite of cloud services for artists, developers, and enterprise teams to design, publish, operate and experience metaverse applications anywhere. 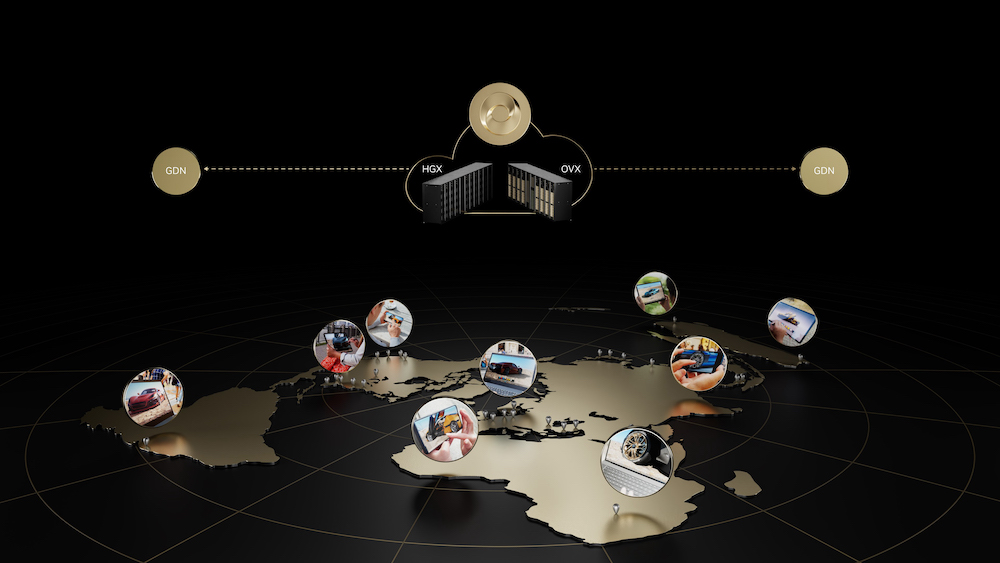 Using Omniverse Cloud, individuals and teams can experience in one click the ability to design and collaborate on 3D workflows without the need for any local compute power. Roboticists can train, simulate, test, and deploy AI-enabled intelligent machines with increased scalability and accessibility. Autonomous vehicle engineers can generate physically based sensor data and simulate traffic scenarios to test various road and weather conditions for safe self-driving deployment. 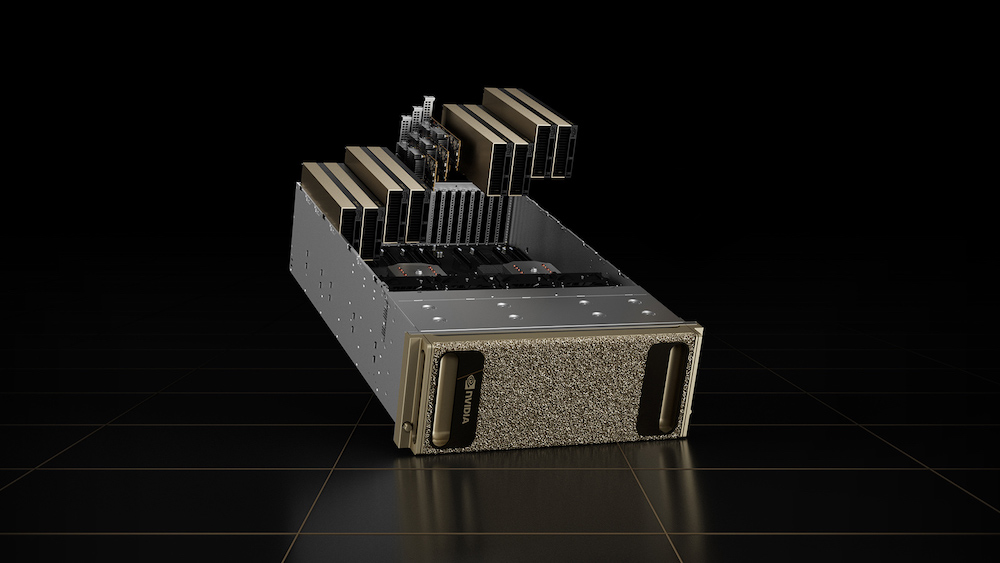 NVIDIA OVX is a computing system designed to power large-scale Omniverse digital twins. It will be delivered to some of the world’s most sophisticated design and engineering teams at companies like BMW Group and Jaguar Land Rover.

Powering the new OVX systems is the NVIDIA L40 GPU, also based on the NVIDIA Ada Lovelace GPU architecture, which brings the highest levels of power and performance for building complex industrial digital twins.

The NVIDIA RTX 6000 Ada Generation GPU delivers real-time rendering, graphics, and AI. Designers and engineers can drive advanced, simulation-based workflows to build and validate more sophisticated designs. Artists can take storytelling to the next level, creating more compelling content and building immersive virtual environments. Scientists, researchers, and medical professionals can accelerate the development of life-saving medicines and procedures with supercomputing power on their workstations. All at up to 2-4x the performance of the previous-generation RTX A6000. 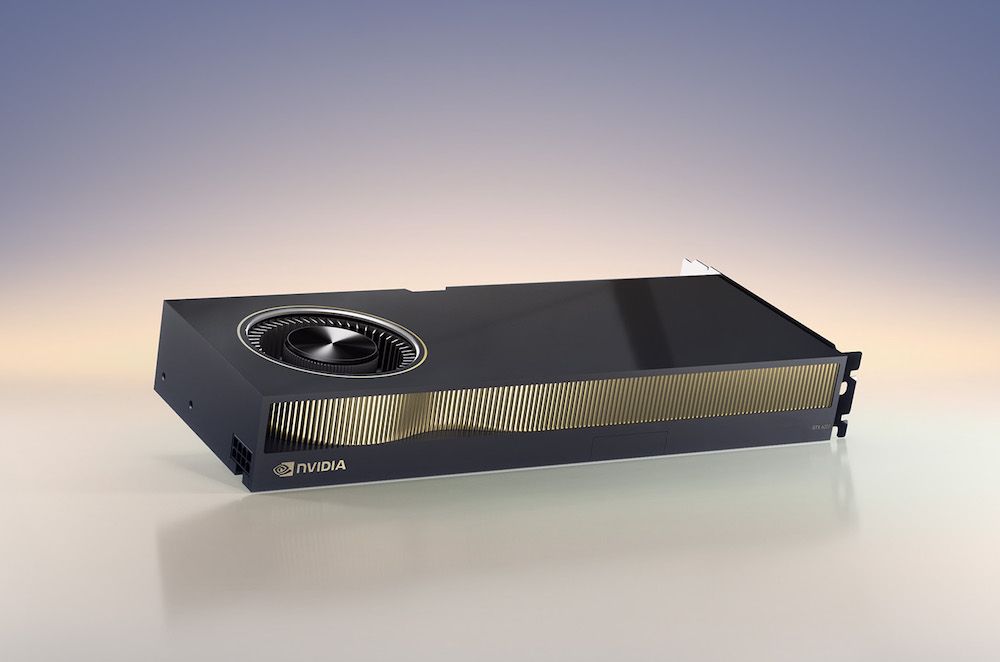 Designed for neural graphics and advanced virtual world simulation, the RTX 6000, with Ada generation AI and programmable shader technology, is the ideal platform for creating content and tools for the metaverse with NVIDIA Omniverse Enterprise. The RTX 6000 enables users to create detailed content, develop complex simulations, and form the building blocks required to construct compelling and engaging virtual worlds.

Production starts for the NVIDIA DRIVE Orin autonomous vehicle computer, showcased new automakers adopting the NVIDIA DRIVE™ platform, and unveiled the next generation of its NVIDIA DRIVE Hyperion architecture. NVIDIA also announced that its automotive pipeline has increased to over $11 billion over the next six years, following a series of design wins with vehicle makers from around the globe. 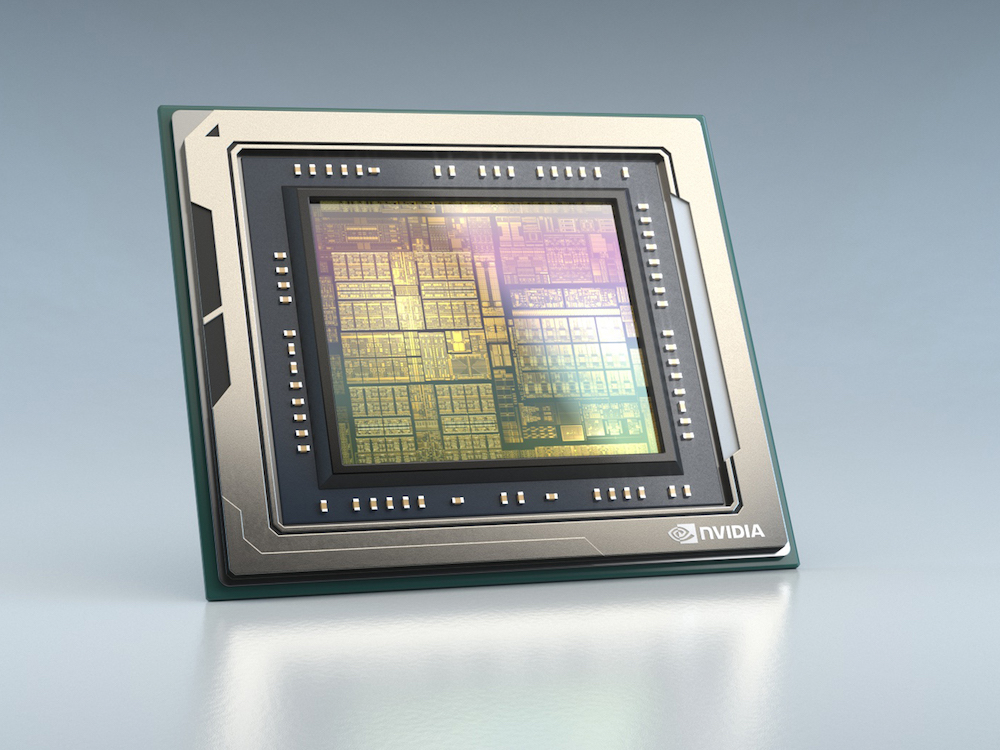 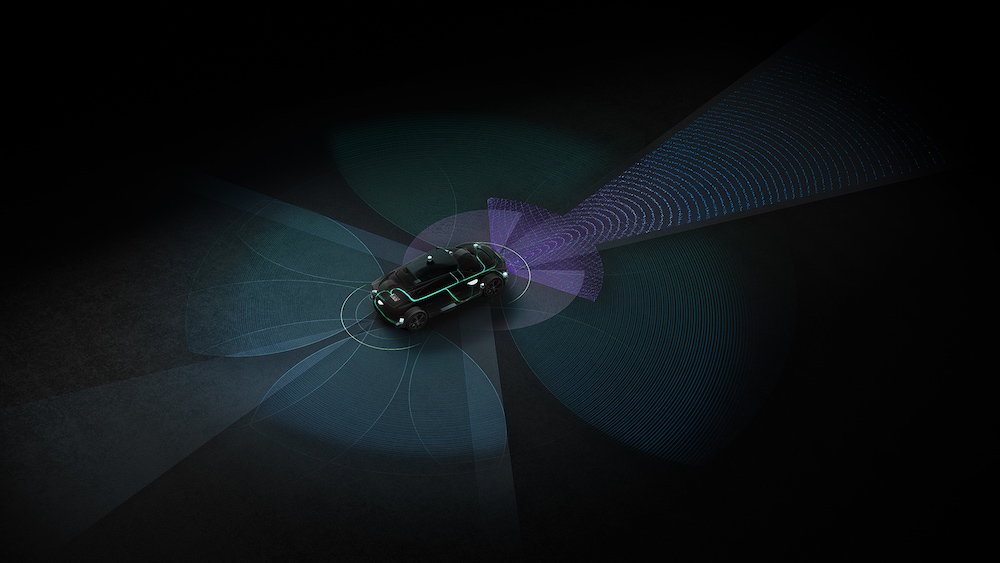 The next-generation platform will increase performance for processing sensor data and extend the operating domains of full self-driving. DRIVE Hyperion 9 will feature 14 cameras, nine radars, three lidars, and 20 ultrasonics as part of its sensor suite. 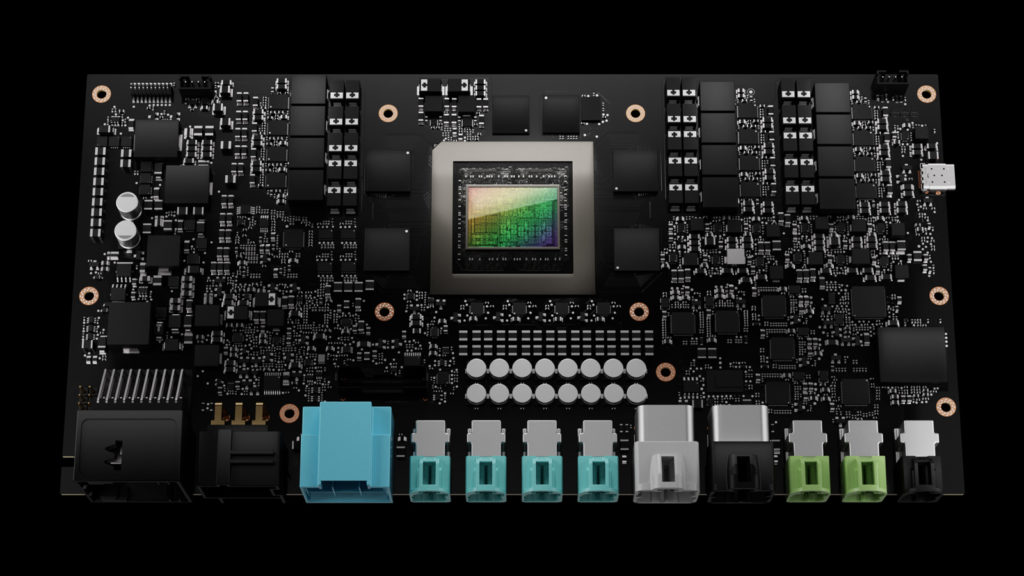 The next-generation superchip comes packed with the cutting-edge AI capabilities first introduced in the NVIDIA Hopper Multi-Instance GPU architecture, along with the NVIDIA Grace CPU and NVIDIA Ada Lovelace GPU. DRIVE Thor, with MIG support for graphics and compute, enables IVI and advanced driver-assistance systems to run domain isolation, which allows concurrent time-critical processes to run without interruption. Available for automakers’ 2025 models, it will accelerate production roadmaps by bringing higher performance and advanced features to market in the same timeline.

NVIDIA announced the expansion of the NVIDIA Jetson lineup with the launch of new Jetson Orin Nano system-on-modules that deliver up to 80x the performance over the prior generation, setting a new standard for entry-level edge AI and robotics.

The NVIDIA Jetson family now spans six Orin-based production modules supporting a full range of edge AI and robotics applications. This includes the Orin Nano, delivering up to 40 trillion operations per second (TOPS) of AI performance in the smallest Jetson form factor, up to the AGX Orin, delivering 275 TOPS for advanced autonomous machines.

The NVIDIA IGX platform was announced today. IGX is used for high-precision edge AI, bringing advanced security and proactive safety to sensitive industries such as manufacturing, logistics, and healthcare. In the past, such industries required costly solutions custom-built for specific use cases, but the IGX platform is easily programmable and configurable to suit different needs.

IGX provides an additional layer of safety in highly regulated physical-world factories and warehouses for manufacturing and logistics. For medical edge AI use cases, IGX delivers secure, low-latency AI inference to address the clinical demand for instantaneous insights from various instruments and sensors for medical procedures, such as robotic-assisted surgery and patient monitoring.

The NVIDIA IGX platform is a powerful combination of hardware and software that includes NVIDIA IGX Orin, a powerful, compact, and energy-efficient AI supercomputer for autonomous industrial machines and medical devices.

IGX Orin developer kits will be available early next year for enterprises to prototype and test products. Each kit has an integrated GPU and CPU for high-performance AI compute and an NVIDIA ConnectX-7 SmartNIC to deliver high-performance networking with ultra-low latency and advanced security. 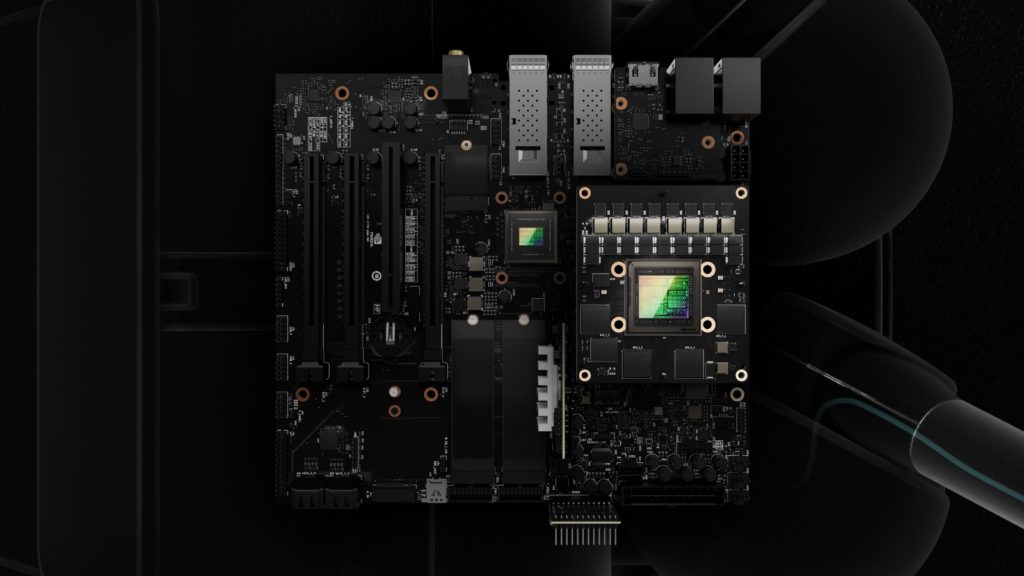 Also included is a powerful software stack with critical security and safety capabilities that can be programmed and configured for different use cases. These features allow enterprises to add proactive safety into environments where humans and robots work side-by-side, such as warehouse floors and operating rooms.

The IGX platform can run NVIDIA AI Enterprise software, optimizing the development and deployment of AI workflows, and ensuring organizations have access to necessary AI frameworks and tools. NVIDIA is also working with operating system partners like Canonical, Red Hat, and SUSE to bring full-stack, long-term support to the platform.

Click the link to get the full story on the GTC 2022 Keynote.