Today, Qumulo announced a service they are calling Qumulo Shift. The new service will allow customers to move file data from any Qumulo cluster into Amazon Simple Storage Service (Amazon S3) in an open and non-proprietary format.

Today, Qumulo announced a service they are calling Qumulo Shift. The new service will allow customers to move file data from any Qumulo cluster into Amazon Simple Storage Service (Amazon S3) in an open and non-proprietary format. 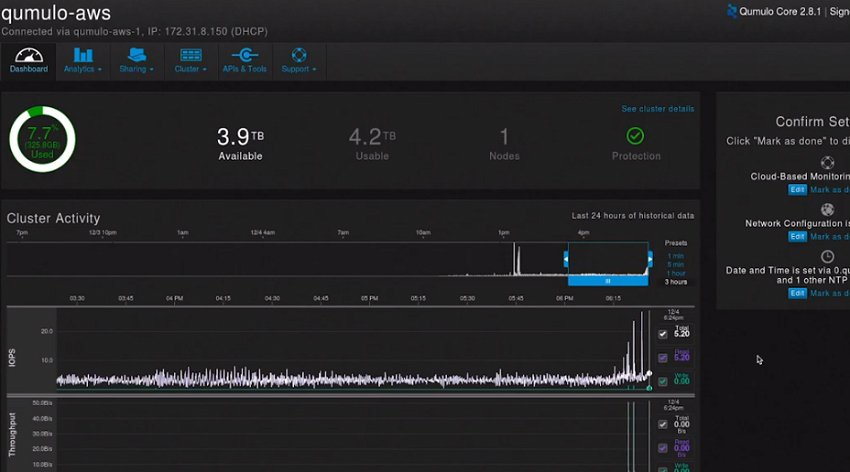 Often the hardest thing a company will ever do is switch service providers. Qumulo is planning to provide a tool to move data out of their system and into an open format is an incredibly, and all-too-rare, customer-friendly move. It’s also a very confident one. Unlike many of their competitors, Qumulo is not holding their customer’s data hostage by imposing a high cost to transfer the data. So, they must compete solely on the quality of the service they provide. Qumulo provides a distributed file system for network attached storage (NAS) that offers customers tremendous flexibility in deployment. Qumulo can be consumed via pre-configured hardware platforms from the company itself, pre-qualified hardware  platforms from Dell EMC or HPE, or natively in the public cloud with AWS or GCP.

Qumulo’s file system was designed to run as a cloud-native service on the public cloud. With Qumulo Shift, customers will be able to extract data from that file system in a fashion that will allow it to be used by third-party applications much easier. According to Qumulo, the process will be straightforward. They claim that organizations can now move their file data to Amazon S3 with just a few clicks.

Qumulo Shift should allow companies to natively interact with AWS services such as Amazon Sagemaker, AWS IoT, and Greengrass. Especially valuable to customers in the manufacturing sector is the ability to capture data from the factory floor in Qumulo and then shift that data to S3. Once the data is in S3, customers will be able to use Amazon Rekognition to build an application workflow that analyzes errors in the manufacturing process.