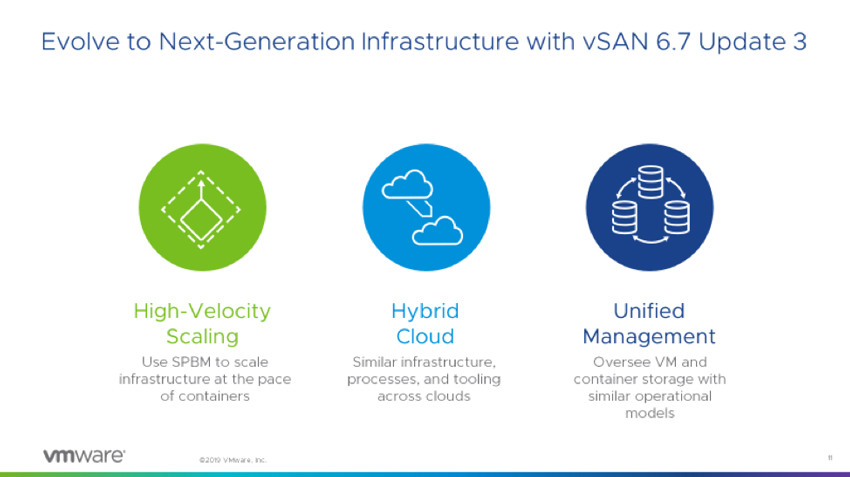 Applications are changing. A large driving force of this change is microservices and the predominant deployment method for them, containers. While containers were originally designed for stateless applications, the need for storage persistence, has changed how containers are used. With this in mind, VMware has added container-ready infrastructure to the latest update to vSAN 6.7.

Update 3 enables customers that leverage containers to deliver high velocity scaling, multi-cloud portability and unified management. VMware states that through this update, users can unify their virtual machine and container-based compute and storage management using familiar tools and processes, including granular visibility into container volumes. Update 3 also allows users to scale at the pace of containers with the support of all key storage API objects within Kubernetes. Container persistent storage works with any vSphere datastore.