VMware Virtual SAN 6 has several scalability and performance improvements over Virtual SAN 5.5: twice as many hosts per cluster (now at 64); twice as many VMs per host (now at 200); twice as many IOPS per host (now at 40K for the hybrid and 90K or four and half times for the all-flash) 16 times the snapshot depth per VM (now at 32 per VM); and 31 times the virtual disk size (now at 62TB). Virtual SAN 6 is an enterprise-class storage platform ideal for VM storage, is built for virtual infrastructure, and is ready for business-critical applications.

VMware vSphere Virtual Volumes (vVols) is VMware’s attempt to set a new industry standard for software-defined storage that enables storage arrays to become VM-aware. vVols is a set of APIs that enable a granular integration between storage arrays (SAN/NAS) and vSphere at the VM level, in a VM by VM basis. This enables storage arrays, defined by the storage administrators, to provision capacity and data services for each VM giving organizations more agile, cost-efficient, and easy to manage storage infrastructure. vVols will be managed through a common control plane. VMware has worked closely with five design partners (Dell, EMC, HP, IBM, and NetApp) and has a total of 29 partners actively engaged in the Virtual Volumes program. 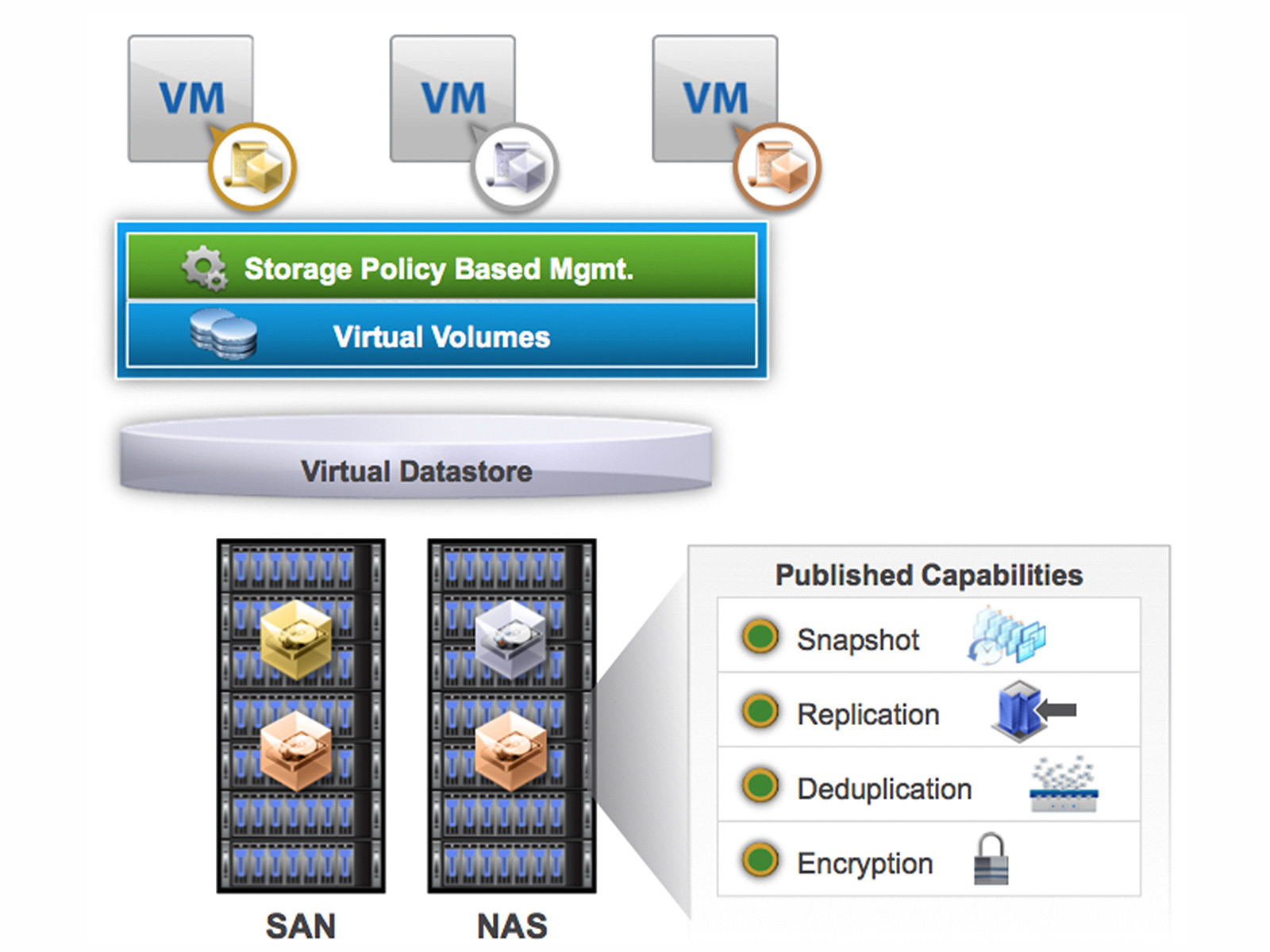