VMware has announced what will be in Update 3 (U3) of their popular hypervisor platform, vSphere, and their software-defined storage (SDS) product vSAN. After reading over the announcement these are the items with vSphere 7 Update 3 that we are most excited about and why.

VMware has announced what will be in Update 3 (U3) of their popular hypervisor platform, vSphere, and their software-defined storage (SDS) product vSAN. After reading over the announcement these are the items with vSphere 7 Update 3 that we are most excited about and why.

The first thing that caught our eye was that vSphere will now support NVMe/TCP. Just the other day we did a write-up on Dell’s support for NVMe/TCP. You can read why we are so bullish on NVMe/TCP in that article. Our big takeaway from this announcement is with both of these datacenter juggernauts supporting this it will be the most prominent remote NVMe protocol in the datacenter. We believe that NVMe/TCP will usher in a wave of new products into the datacenter.

We have also been keeping an eye on VMware’s involvement with Kubernetes (K8) and containers. VMware sees K8S as a high-growth path for their company. In vSphere 7 Update 3 they claim they have simplified the setup of VMware vSphere with VMware Tanzu. This is welcome news as we have heard many people complain about the complexity of setting it up. The K8S scene is very competitive and if VMware wants to be a major player in this field, they need to offer a product that is easy to set up and use.

Persistent memory or PMem has not caught on with the datacenter like we thought it would, but VMware supports it in vSphere and in U3 they have added an additional tool to monitor it. This will be welcome for PMem users as it is a relatively expensive resource, and these tools will give administrators a better understanding of how it is being used. 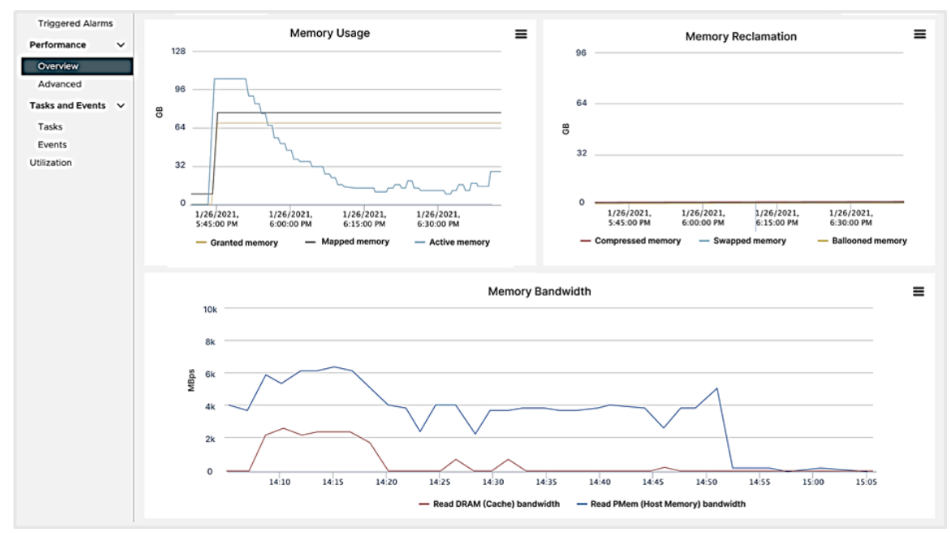 Distributed Resource Scheduler (DRS) is a mainstay in most vSphere implementations and VMware has tweaked its algorithm with regards to how it handles maintenance operations. These changes will move larger and critical workloads as little as possible. We will be interested to see how critical are tagged.

vSAN has been an unmitigated success for VMware. VMware has publicly announced that it has more than 30,000 vSAN customers. Although it is a mature product, and we haven’t seen any major new features in it lately, VMware has not forgotten about this product and vSphere 7 Update 3 has added new features to it.

VMware has integrated their VM I/O trip analyzer into vCenter Server. This will help admins pinpoint areas of contention. The GUI looks modern and looks intuitive. 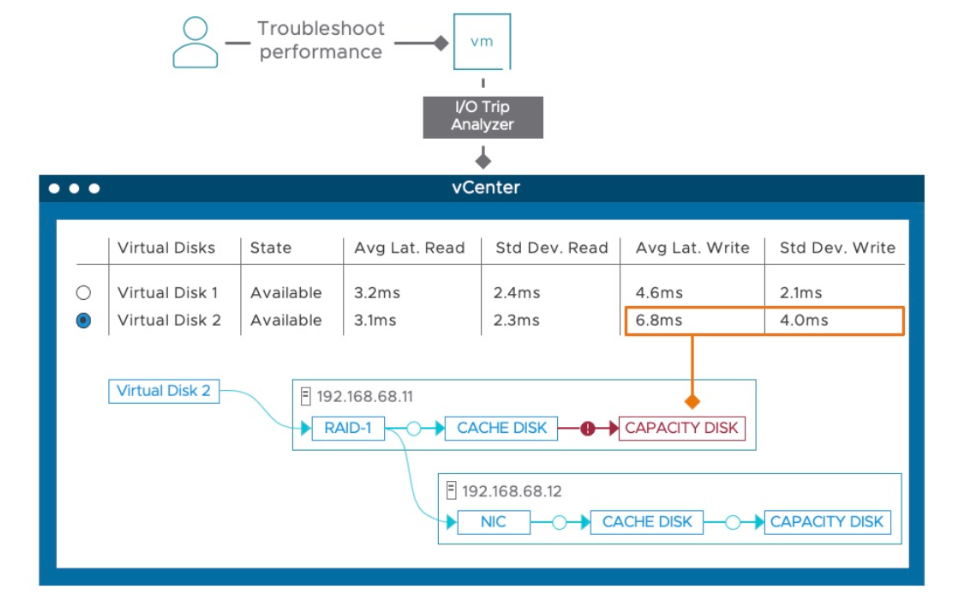 We have worked with 2-node clusters with other, non-VMware technologies and understand their appeal and the use cases for them especially in ROBO and Edge environments. We were happy to see that U3 has added a secondary level of resilience in a 2-node cluster when there are three or more disk groups in a host. Using this a cluster can have an entire host failure as well as a subsequent failure of a witness as well as a failure of a disk group on the remaining host, yet still provide full data availability.

VMware has not set a date when U3 will be released but instead uses the rather nebulous term “in the near future” but with VMworld 2021 just around the corner, we wouldn’t be surprised to see it released then.

Dell Technologies Goes All in on NVMe/TCP