Of all the announcements at VMware Explore 2022 (US version), the highlight had to be the vSphere 8 support for Data Processing Units (DPUs) from NVIDIA and AMD Pensando based on servers from Dell technologies and HPE. Official support for DPUs meant VMware customers could now enjoy the benefits an accelerator could deliver. We took advantage of NVIDIA’s LaunchPad ahead of the VMware European Explore event to see how vSphere on DPUs benefits customers.

Of all the announcements at VMware Explore 2022 (US version), the highlight had to be the vSphere 8 support for Data Processing Units (DPUs) from NVIDIA and AMD Pensando based on servers from Dell technologies and HPE. Official support for DPUs meant VMware customers could now enjoy the benefits an accelerator could deliver. We took advantage of NVIDIA’s LaunchPad ahead of the VMware European Explore event to see how vSphere on DPUs benefits customers. 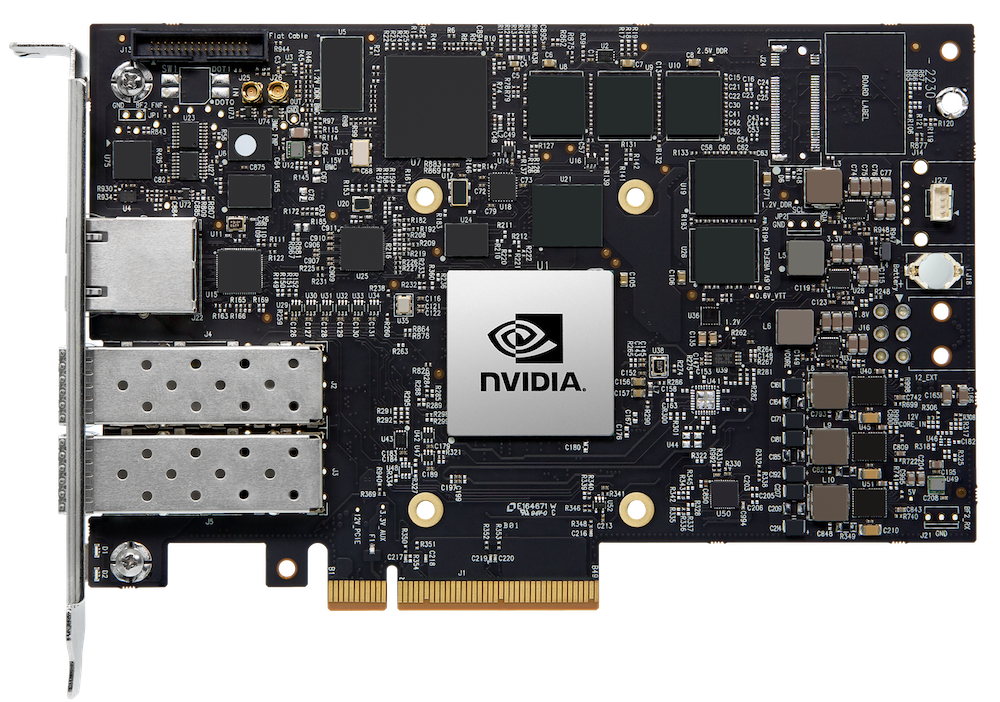 DPU Background – Why You Want It

It’s safe to say that few in enterprise IT understood the impact DPUs would bring to workload performance. Basically, the DPU is a system on a chip (SoC) with integrated hardware accelerators, designed to offload CPU workloads and improve performance. vSphere 8 offloads network and security services such as NSX Distributed Firewall(1), with additional services such as storage and data encryption being considered for future releases.

VMware highlights many benefits for vSphere 8 environments that leverage DPUs, but there are core benefits these accelerators enable that are immediately obvious:

Try vSphere 8 and DPUs with LaunchPad

NVIDIA’s LaunchPad demo area is well suited to highlight the benefits of DPUs, in great detail, for virtualization admins and application owners. Any customer or partner can apply to try different applications and libraries running on NVIDIA hardware without the need to deploy that hardware in their own data centers.  There are curated labs that walk practitioners through the process of onboarding the NVIDIA DPU from a clean vSphere 8 base install and running performance benchmarks.

The first step is to get to the NVIDIA LaunchPad lab that is vSphere specific. Navigate to NVIDIA.com, select Solutions and in the first section, AI and Data Sciences, click Hands-On Labs. Just above the Lab topics, click on Infrastructure Optimization. On the Infrastructure page, select Experience VMware vSphere Powered by NVIDIA BlueField DPU and complete the form to request access. Once you receive the authorization email from NVIDIA, you can log in and begin the lab.

This lab will familiarize the user with a vSphere 8 cluster and how to set up, configure, and utilize Universal PassThrough (UPT) using NVIDIA BlueField DPUs. The lab will walk the user through the following steps:

Simply put, this lab has the user configure an NSX-managed distributed switch and then push that VDS out to the hardware on the DPU. The DPU Arm cores and hardware accelerators are freeing the x86 CPU cores from performing NSX network functions.

Once the first lab is completed, the user can move to Lab 2. This lab uses the configuration from the first lab and is geared toward the Application Developer. The steps performed in this lab include the following:

This is where the Remote Dictionary Server (REDIS) comes into play. 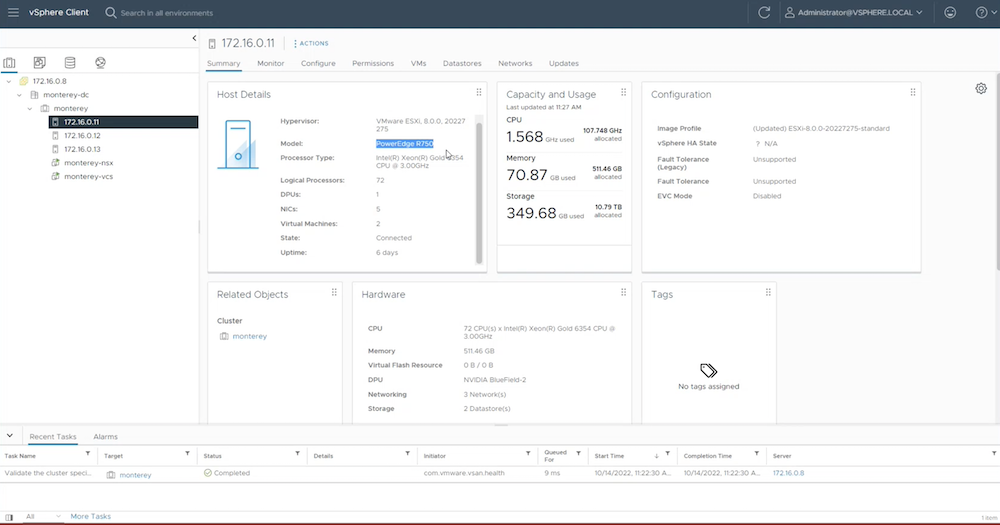 The screen capture above displays when the user is dropped into the vSphere client. Keep in mind that the labs are time limited. However, according to NVIDIA, there should be plenty of time after completing the curated labs for customers to onboard some of their applications or data to test for performance benefits.

It’s a bit premature to say every VMware vSphere node should be configured with a DPU to take advantage of the vSphere Distributed Services Engine, but it’s hard to overlook the benefits. With the increasing volume and complexity of modern workloads and the demand for new software-defined services, server CPUs are being stretched to the max, leaving fewer compute cycles for workload processing. DPUs are already being broadly deployed in hyperscalers to tackle more infrastructure functions and free up CPU cycles for revenue-generating workloads.

Adding DPUs to VMware vSphere 8 is a significant boost to enterprises that need to improve performance to address the new workloads’ strain on servers. Based on the results from NVIDIA’s testing with VMware and the LaunchPad labs, adding DPUs will drive down TCO while improving overall workload processing. Additionally, offloading the infrastructure processes to the DPU will improve overall security by adding an air gap between the CPU and the infrastructure.

NVIDIA LaunchPad provides developers, designers, and IT professionals with rapid access to the hardware and tools needed to become familiar with new technologies and determine if the benefits outweigh the cost. Enterprise teams can use LaunchPad to speed up the creation and deployment of modern, data-intensive applications. After quick testing and prototyping, the same complete stack can be deployed for production workflows on a customer’s site.

Introduction to vSphere 8 on DPUs