Corsair’s family of Force Series SSDs are well known to us; the SandForce SF-1200 powered drives have already been reviewed in 40GB and 120GB capacities.

The new 90GB F90 is part of a capacity update announced in early December that also included the 180GB F180. The F90 fills an interesting capacity and price point void that existed between the 60GB and 120GB models. Squarely between these two, the F90 brings reasonable capacity to the market at a price of under $190.

Corsair’s family of Force Series SSDs are well known to us; the SandForce SF-1200 powered drives have already been reviewed in 40GB and 120GB capacities. The new 90GB F90 is part of a capacity update announced in early December that also included the 180GB F180. The F90 fills an interesting capacity and price point void that existed between the 60GB and 120GB models. Squarely between these two, the F90 brings reasonable capacity to the market at a price of under $190.

Editorial note – the F90 review will be somewhat abbreviated as we’ve covered most of the detail surrounding this drive in the F40 and F120 reviews. We’ll highlight benchmarks and other significant findings but for more detail you may refer to the prior reviews. 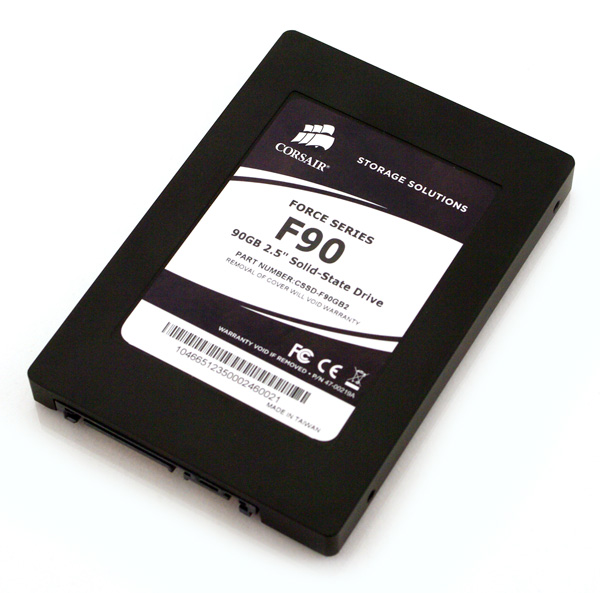 The Corsair F90 is an all-black design a carbon copy of the prior models, with the exception of the sticker changes. 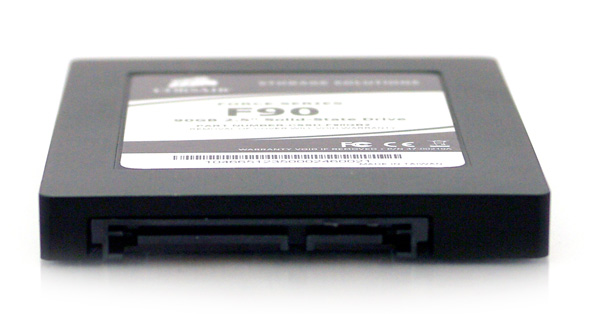 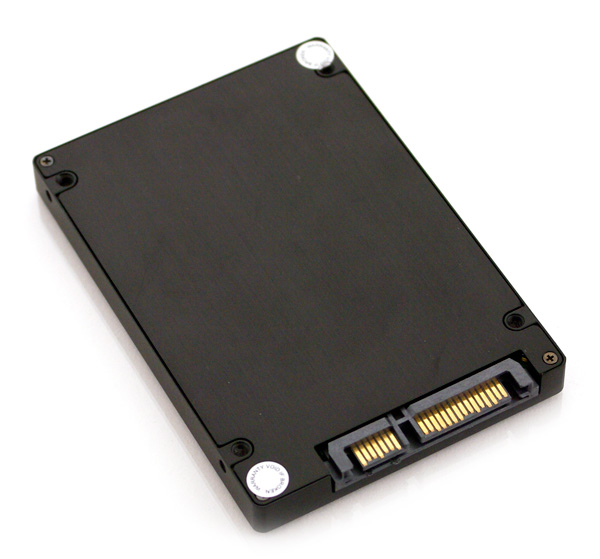 The body of the SSD is fairly sturdy and doesn’t flex or give when you try to squeeze the drive. Dropping it on the floor would probably result in minimal damage, unless an object hit the SATA connector which is the most fragile exposed component.

Corsair has “warranty void if broken” stickers covering strategic access screws. Unless you want to throw away your warranty, I suggest checking out our internal shots instead of opening your own drive. The bottom plate is held on with four Phillips head screws (two of which are covered with stickers to prevent tampering) which when removed expose the circuit board inside. The circuit board is held in place by four additional screws. 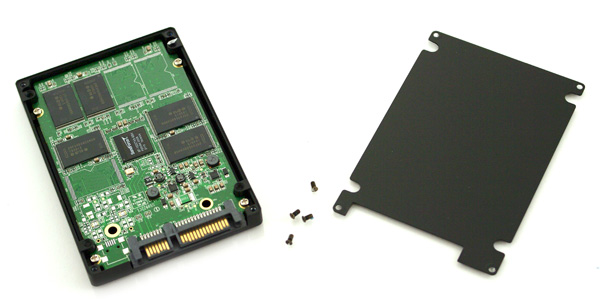 While nearly identical outside of capacity, curiously the Corsair F90 has a different controller revision than the F120, this time matching the SandForce SF-1222TA3-SBH chip on the 120GB OCZ Vertex 2 and 120GB OWC Mercury Extreme Pro. 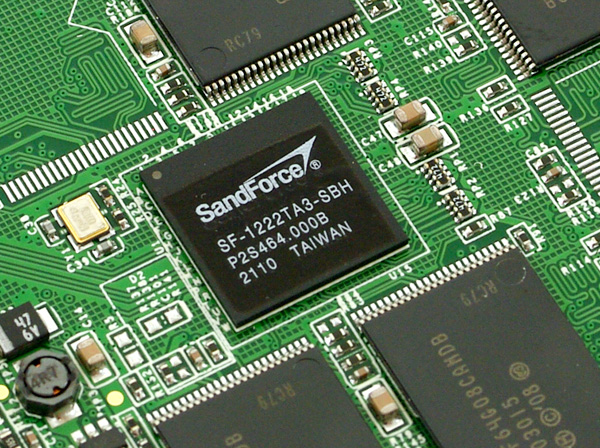 The F90 has twelve 8GB Intel 29F64G08CAMD8 flash modules, with seven on the bottom and five on the top. 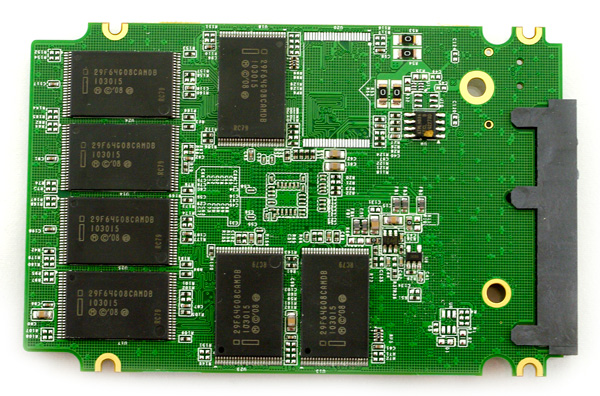 For this mini-review we will let the images speak for themselves. The Corsair F90 is aimed to fill the gap between 40GB “OS” SSDs and the more expensive 120GB mainstream models. 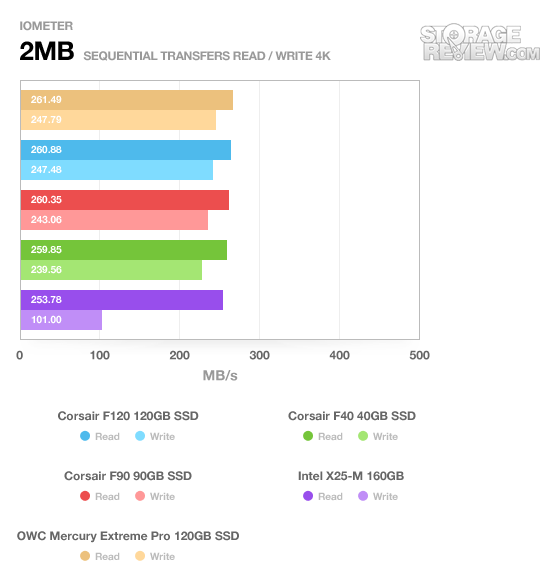 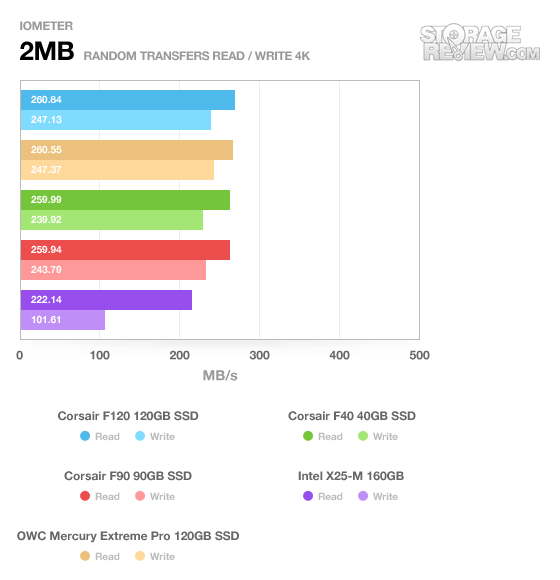 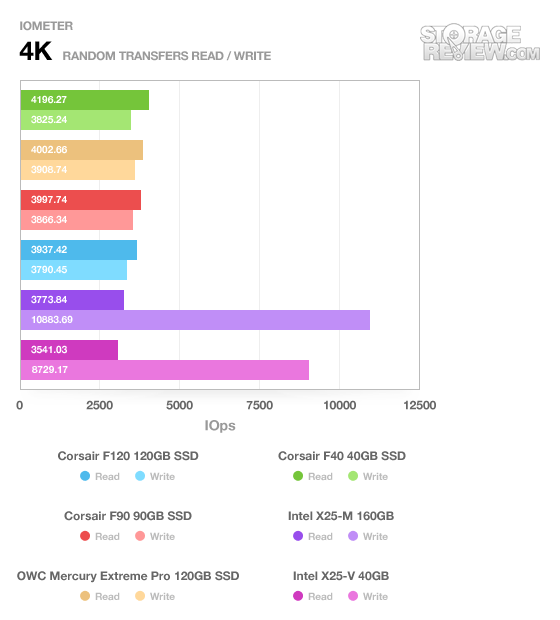 We were most impressed by how well the Corsair Force F90 performed in our real-world benchmarks. Most lower-capacity drives suffer from poor write speeds, but the F90 had no trouble keeping up with the other larger SandForce models we have already reviewed, thanks to being powered by the same processor family. The Corsair F90 is just like its brothers in that it is very power friendly. Under normal operation the drive never used more than 1W of power, and even its startup power was small measuring 1.05W. Corsair offers an industry-standard three-year warranty on the F90. This is matched by all the other top-tier SSD manufacturers including Intel, Western Digital, Crucial, and others.

The newly released Corsair F90 brings another capacity to the mix, giving the company a very nice list of SandForce-powered SSDs. Currently the selection includes the F40, F60, F90, F120, F180 and F240. While users of single-drive platforms like notebooks and netbooks still might lean towards higher-capacity models, the F90 offers a good size – and price – that is perfect for users wanting to RAID two of them.

Overall the F90 brings another option to the table with a new pricepoint that will make it easier for buyers looking to find the largest drive in their budget. If you were expecting the launch of a new SandForce chipset, you will need to wait a while.

SSD buyers can now choose a drive between the common capacities of 60GB and 120GB, even better, without breaking the bank. Corsair did something simple, but smart, a sub-$200 SSD that performs like the F90 does should be a big hit.