Silverstone’s HDDBoost device pairs an SSD with a hard drive and claims to increase performance up to 70%. We take an in-depth look and find out if it delivers.

Silverstone’s HDDBoost device pairs an SSD with a hard drive and claims to increase performance up to 70%. We take an in-depth look and find out if it delivers.

HDDBoost is designed to seamlessly integrate a hard drive and a Solid State Drive (SSD), providing the performance benefits of an SSD with the storage capacity of a hard drive. The device itself is $49.99; don’t forget to take into account the cost of a SSD to go with it. 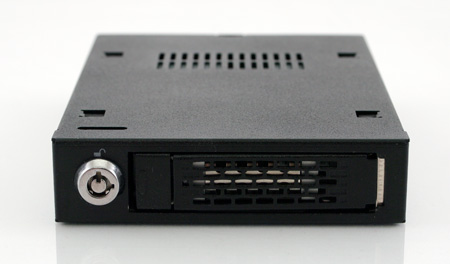 Note that this is not the same type of setup as the Seagate Momentus XT, which has a 4GB SSD but an intelligent controller that mirrors frequently-accessed data.
The performance benefit of HDDBoost will be affected by the size of the SSD. We are using the G.Skill 40GB SSD for our testing; it mirrors the first 40GB of data written to the hard drive. When the system requests data, HDDBoost first attempts to read/write from the SSD; if it does not find the data, it will go to the hard drive instead. Therefore, the larger the SSD, the more data will fit on it and the better the Silverstone device will work. Our 40GB SSD is enough to mirror the Windows files and numerous programs. Gamers might want to use a 60-80GB SSD to fit a few games on it as well.
Thankfully users do not need to wipe their systems to install HDDBoost – simply install it and continue using your computer normally; HDDBoost will automatically mirror the data on the hard drive.
HDDBoost does not constantly synchronize the SSD with the hard drive, so in that sense it is not like RAID 1. It will only sync data when the system is rebooted or a manual sync is started by the user via Silverstone’s software.
Overall, it’s a simple yet effective concept. Let’s see how well it works out.
Test System Setup
The test computer is a custom-built desktop featuring an ASUS X38 motherboard, Core 2 Quad Q6600 @ 3.6GHz (1600MHz FSB), 4GB DDR2-800 RAM, a Corsair HX620W power supply, dual ATI Radeon HD 4670 512MB graphics cards, and Windows 7 Professional 64-bit.
Test hard drive: Western Digital Caviar Black 1TB WD1001FALS (7200RPM, 32MB cache)
Test SSD: G.SKILL Phoenix Pro 40GB (SandForce SF-1200-based)
The HDDBoost used in the review has firmware revision FW100127.1.C07.
The total installation time in the system was about five minutes; Silverstone’s included wiring diagram seems complicated but really isn’t. Start off with installing the SSD into the HDDBoost device; secure it by installing two screws into the bottom. Since the HDDBoost has the same width and height as a standard 3.5” desktop hard drive, it can be inserted into a standard 3.5” hard drive bay; there are mounting holes on either side of HDDBoost to install drive rails if necessary.
Once installed, plug in in the power. Now for the interesting part – disconnect the hard drive’s SATA cable from the motherboard connector and plug it into the HDDBoost. Then, take another SATA cable; plug it into the HDDBoost and from there into the motherboard SATA connector. The only thing left to do is set HDDBoost as the default boot device in the BIOS.
HDDBoost took about 12 minutes to sync the data on the hard drive to the SSD; from then on it was smooth sailing. HDDBoost does not require any special drivers, but they do update the firmware from time to time.
Benchmarks
We ran several benchmarks easily available to end users to measure HDDBoost’s performance impact.
HD Tune 2.55 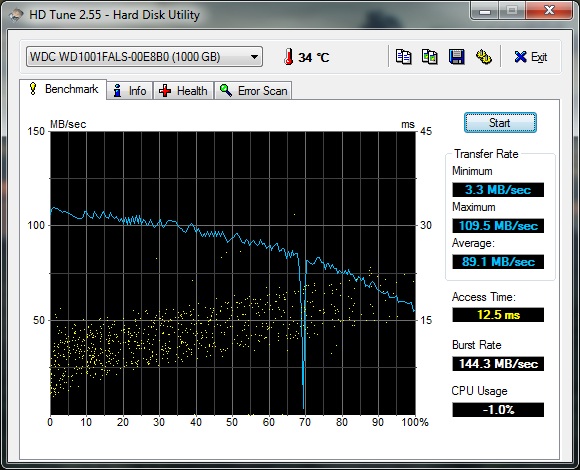 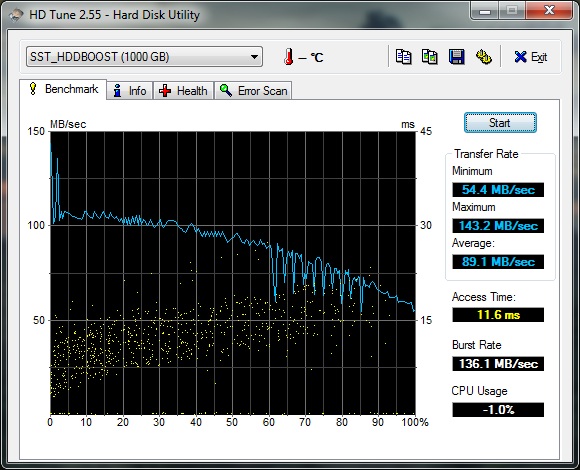 HD Tune is a simple benchmark that measures the throughput of a storage device as well as its access time. The hard drive-only benchmark is shown above and HDDBoost below. Notice the spike in the HDDBoost graph at the very beginning – this is the 40GB SSD at work, boosting the maximum transfer speed to 143MB/s vs. 109MB/s for the hard drive by itself. The access time also decreased slightly to 11.6ms with HDDBoost vs. 12.5ms with just the hard drive.
BootRacer 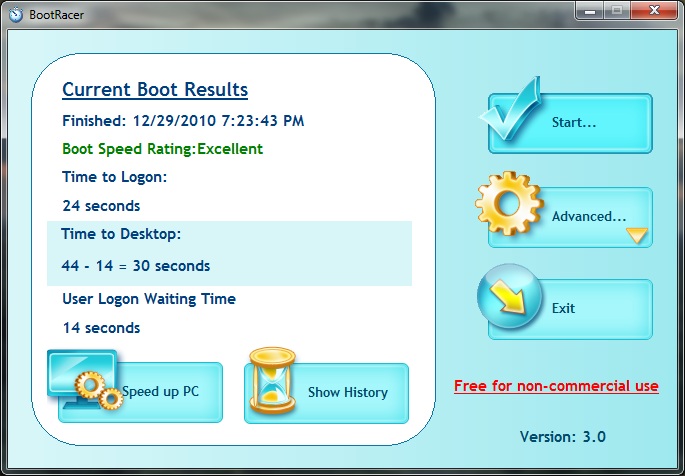 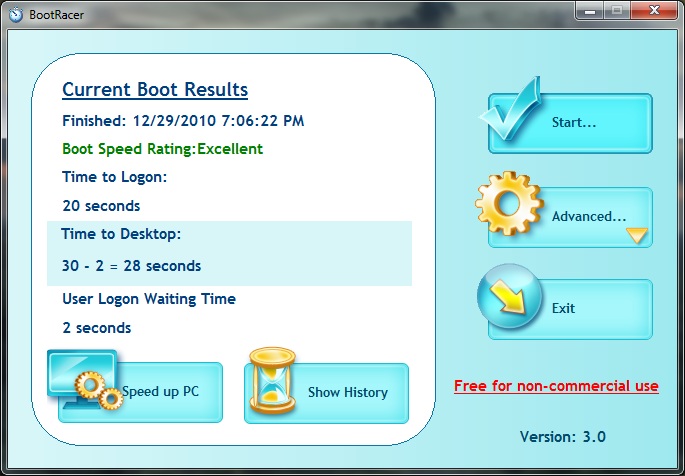 BootRacer is designed to measure system boot time. The “Time to Logon”, which measures from when Windows starts loading to the user logon screen, decreased from 24s with just the hard drive to 20s with HDDBoost, meaning the hard drive takes 20% longer. This is an impressive gain (percentage-wise, that is). The Western Digital Caviar Black hard drive in the test desktop is especially fast so the difference will be more pronounced for those using slower drives.
PCMark05 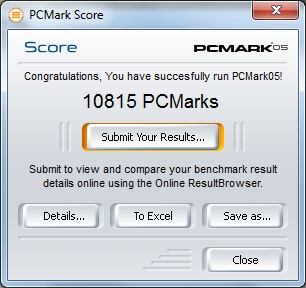 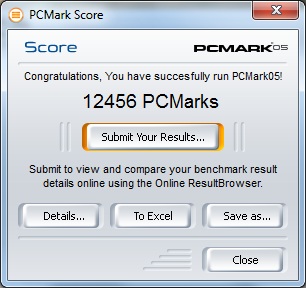 PCMark05 is an overall system performance benchmark. The overall benchmark score showed a 14% improvement with HDDBoost, which is an impressive gain for simply adding the Silverstone device. Drilling down into the individual benchmark scores, the hard drive score increased by a much larger amount. The hard drive portion showed a nearly 50% performance improvement from 8,221 with the hard drive to 15,327 with HDDBoost.
HDDBoost represents a good compromise between the performance benefits of an SSD and the capacity of a hard drive. My primary concern with HDDBoost is that the hard drive controller is not intelligent – that is, it simply mirrors the front x GB of the hard drive onto the SSD. This is fine – if you loaded your data onto the hard drive in a sensible manner.
Data is written onto a hard drive starting at the very front, or very outer edges of the disk platters where data is stored because that is where performance is the highest – remember, hard disk platters spin and they are moving the fastest on the outside. Therefore, if you installed Windows, then dumped your music and photos on the drive, and then installed programs, the programs might be in the middle of the hard drive and will likely not get mirrored onto the SSD.
Most of us are looking for performance increases in program loading times and other everyday operations, so to get the full benefit of HDDBoost, make sure everything you want to see a performance benefit from is as close to the front of the hard disk as possible – that might mean wiping your hard drive and starting with a fresh install. Additionally, because the data is front-loaded, it is important to keep your hard drive defragmented.
Conclusion
HDDBoost does not have an intelligent controller like Seagate’s Momentus XT hard drive though, which automatically caches frequently-used data. HDDBoost only mirrors the front x GB of data from the hard drive (however large the SSD is) onto the SSD; therefore, only the applications on the part of the hard drive that gets mirrored will see a performance gain. Keep this in mind – everything you want to see a performance gain from, at least as far as loading times go, needs to be on the front of the hard drive. Some manual work is involved in using HDDBoost.
Overall, Silverstone HDDBoost can provide impressive performance gains to any desktop with a hard drive and while we didn’t see the quoted 70% gaines, we’re sure you could get there with an optimal setup and running a specific set of benchmarks. Even so, the boost we found was significant even with the little SSD we tested with.
Pros:
Cons:

Silverstone’s HDDBoost device can provide very impressive performance gains. Our benchmarks showed up to a 50% improvement in various tests. While it’s not perfect in the way it works, it’s simple and for $50 many will find the add-on useful.