The Dell UltraSharp UP2720Q is yet another 4K, 27-inch monitor in the company’s ever-expanding monitor portfolio. In the ear where everyone is working from home, this monitor may be a bit much for daily uses. The Dell UltraSharp UP2720Q 27 4K PremierColor Monitor is aimed at creative professionals. With a pixel density of 163ppi and deeper darks and brighter whites (a low dark luminance of 0.26 nits and a high contrast ratio of 1,300:1) it allows for more precise editing. And the monitor is all about color with 100% Adobe RGB, 80% BT, and 98% DCI-P3.

The Dell UltraSharp UP2720Q is yet another 4K, 27-inch monitor in the company’s ever-expanding monitor portfolio. In the ear where everyone is working from home, this monitor may be a bit much for daily uses. The Dell UltraSharp UP2720Q 27 4K PremierColor Monitor is aimed at creative professionals. With a pixel density of 163ppi and deeper darks and brighter whites (a low dark luminance of 0.26 nits and a high contrast ratio of 1,300:1) it allows for more precise editing. And the monitor is all about color with 100% Adobe RGB, 80% BT, and 98% DCI-P3. 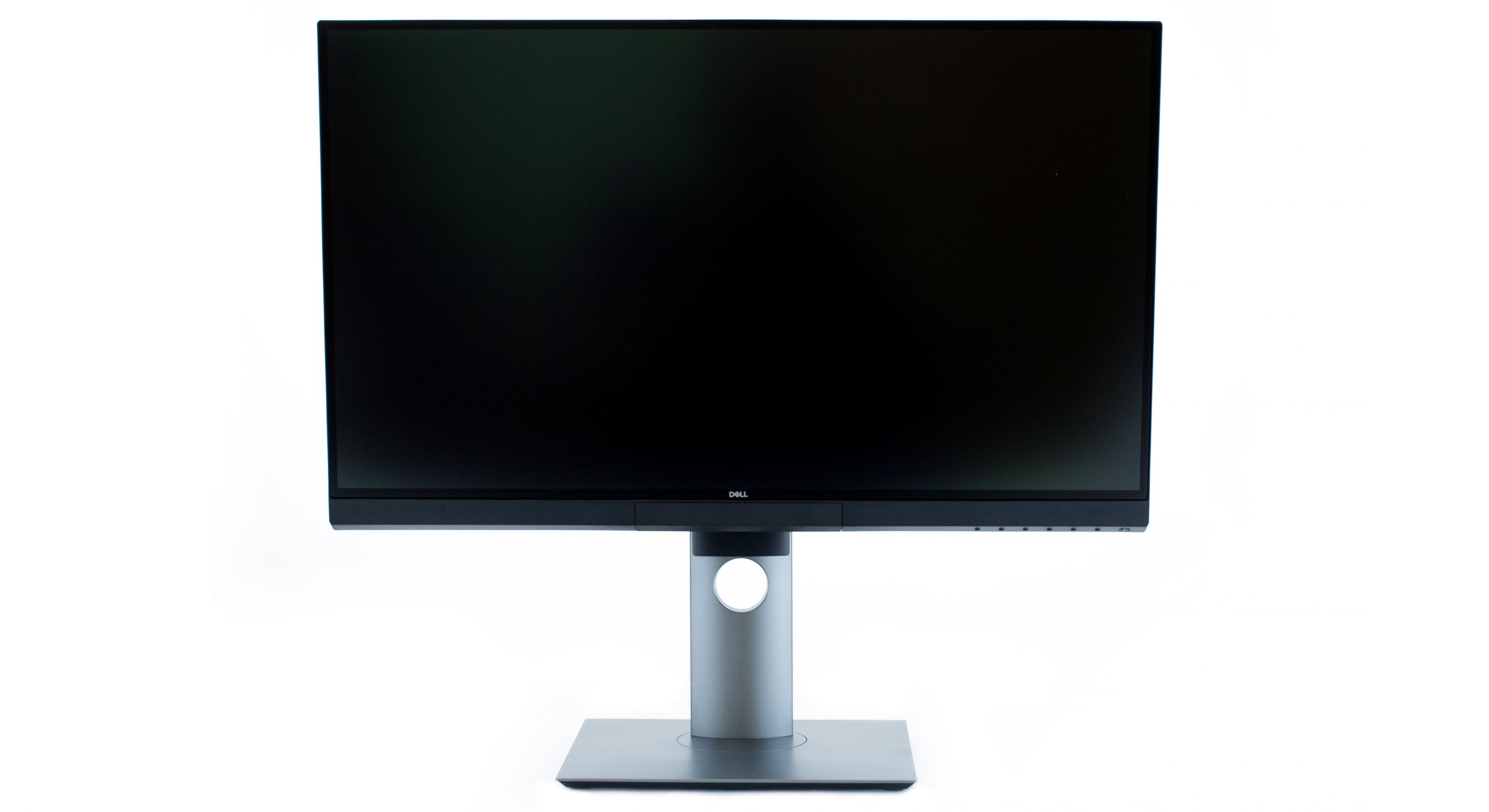 Another neat feature of the UP2720Q is a built-in colorimeter. This tool can pop out and calibrate the monitor when needed or it can be setup on a schedule so that monitor is ready to go when you need it. Knowing that the color is always accurate gives a peace of mind to editors that are working under a time crunch and can’t afford mistakes that need to be corrected later. The monitor works with Dell Color Management and offers other useful tools such as picture-in-picture where images can be moved into different color spaces or looked at from two different sources. CalMAN software is supported by the monitor as well.

Looking at the hardware elements of the monitor, it leverages UCB-C Thunderbolt 3 connectivity that allows user to charge the notebook while working. This can be done with a single cord, cutting down on the clutter on the workspace. Users can also daisy chain another 4K monitor for those that need multi monitors for the tasks. It also comes with one of Dell’s handy stands that allows users to easily move the monitor in just about any direction they need to work and adjust it up and down for ergonomic reasons.

The Dell UltraSharp UP2720Q is available now through Dell for $1,600 also through other sellers.

At a glance, the Dell UltraSharp UP2720Q looks the same as several other 27” monitors released by the company. Though when the light hits it, one can actually see a rainbow-like reflection across the screen. The rear has the familiar Dell design with the company branding. 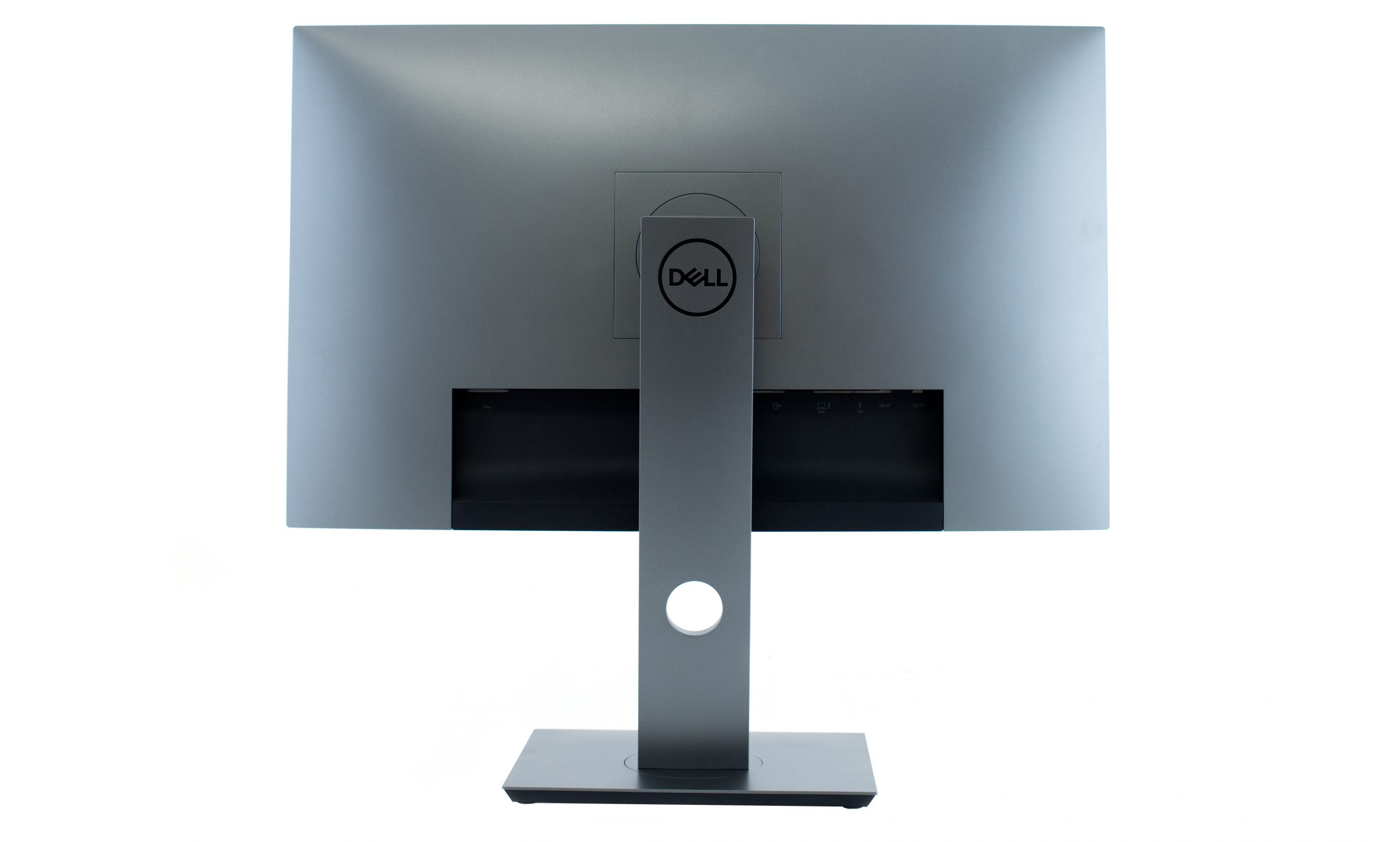 The ports and buttons can be accessed underneath. Underneath from left to right, is the power supply, security lock, two HDMI ports, a full DisplayPort, an audio line out, a Thunderbolt 3 upstream followed by a downstream, followed by four USB A downstream ports to allow for charging various devices.

Unique to this monitor is a shading hood. While this may seem like a good way to keep a teammate from seeing what project you are working on, it is actually designed to block the glare and make it easier to work for creative professionals. Near idiot proof installation, even Adam was able to figure out how to put in on in a few minutes without instructions. 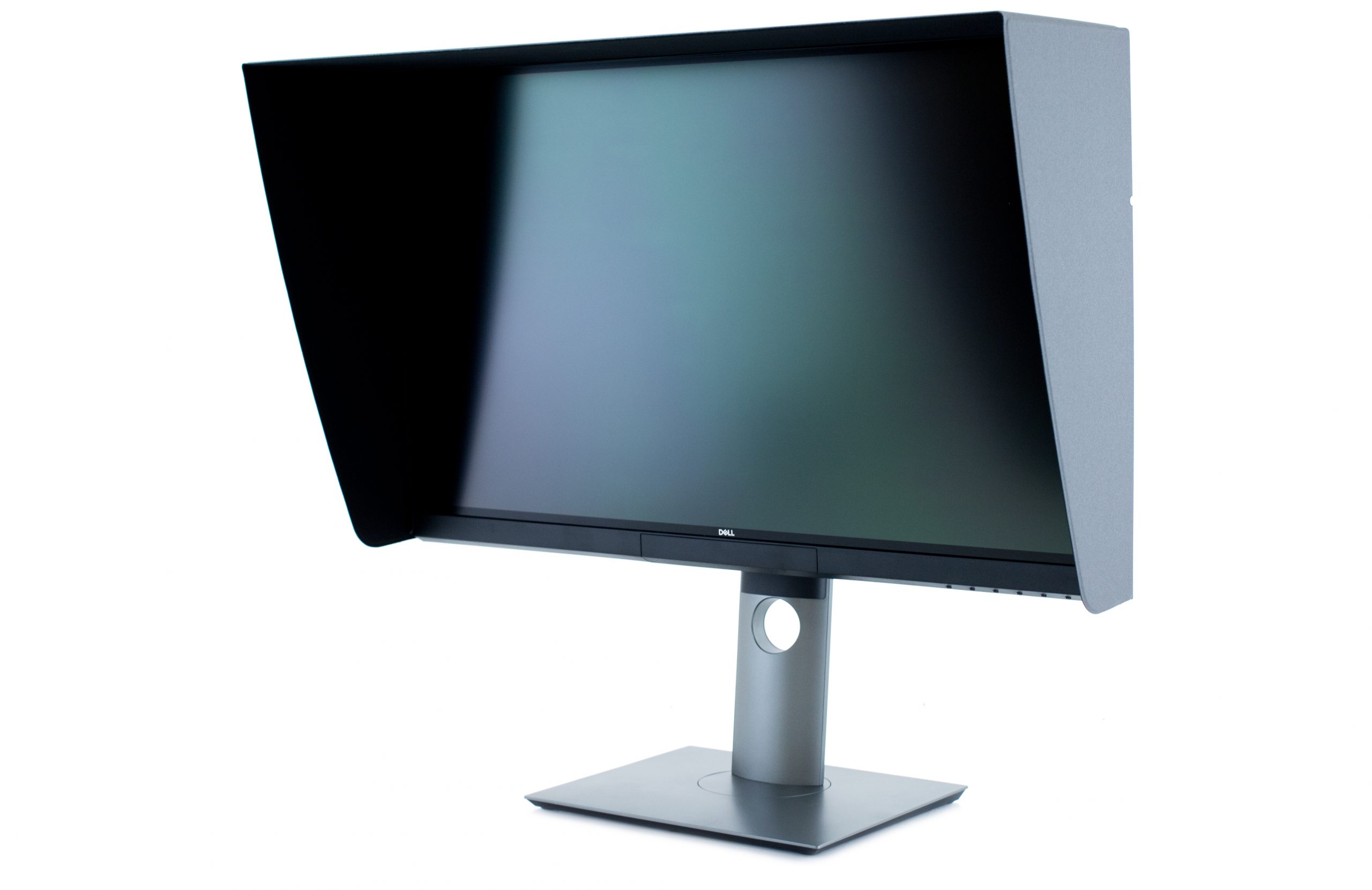 With the shift from in-office to home-office, the Dell UltraSharp UP2720Q has been been used daily in the work from home setting in the StorageReview Lab. Connected through a USB-C Thunderbolt docking station and driven off a notebook, the EP2720Q has been performing wonderfully over the past number of weeks. The usage profile has consisted of photo editing, web activity, remote VPN access into the lab and some light video usage.

In our usage covering photo editing and video checking, the monitor has performed very well. The color profiles on the monitor are easy to setup, and without being too saturated and very color accurate, it helps us dial in the look of our photos and video content. The glare hood has actually been very useful, since the current work from home setting there are a number of lamps or ceiling lights that it filters out. Additionally with limited desk space, the built-in colorimeter doesn’t require any additional cabling or bulk.

For the web activity and remote VPN work into the StorageReview Lab, the large screen real-estate and the 27″ size has been a nice balance in its home office setting. The 4K resolution has had plenty of room to have multiple control panes open at once. Its most common setup is usually two windows snapped to the left and right side of the screen from the Windows-notebook, with a full screen connection for Remote Desktop.

The 27-inch Dell UltraSharp UP2720Q is a 4K monitor that is geared for the creative professional. The monitor has high contrasts between light and dark, color with 100% Adobe RGB, 80% BT, and 98% DCI-P3, a built-in colorimeter, and a shading hood to cut out light from the outside that may interfere with usage. Through Thunderbolt 3 technology, users can hook up and charge their laptop while they work, or daisy chain another 4K monitor if needed. The monitor has other connectivity for charging various other devices as well.

The UP2720Q fit in quite nicely with our current working conditions. While it is not in the forefront of our readers’ minds, StorageReview does quite a bit of photo and video editing. While working at home it is nice to have the ability to shield off lighting that can mess us up, as well as give us a minute to hide from the children we are supposed to be teaching. While the monitor is by no means small, it is small enough to easily take home and put to use in a home setting. While there may be some sticker shock with this particular monitor, the creative professional will enjoy and benefit from the built in colorimeter and shading hood.