Icy Dock released a new hard drive docking station this summer that offers great flexibility; the MB981U3-1SA has a long list of supported drive types including 2.5″ and 3.5″ SATA drives, but if that’s not good enough for you, they also include legacy IDE support. The dock connects to a computer via USB 3.0 interface, which can power the unit when used with 2.5″ drives.

Icy Dock released a new hard drive docking station this summer that offers great flexibility; the MB981U3-1SA has a long list of supported drive types including 2.5″ and 3.5″ SATA drives, but if that’s not good enough for you, they also include legacy IDE support. The dock connects to a computer via USB 3.0 interface, which can power the unit when used with 2.5″ drives. 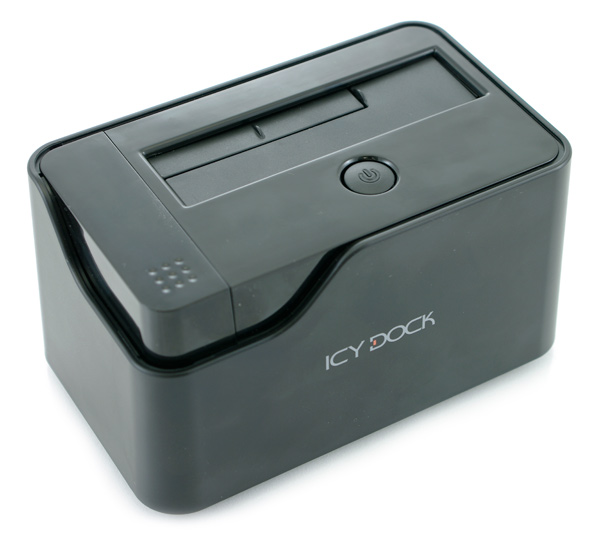 The unit is essentially a brick, with a twin dust cover on the top that folds down to accommodate both drive sizes. To use the dock with SATA drives, simply press the drive into the proper slot alignment. A button on the left side of the unit will eject the drives and a power button on the top indicates drive power and activity. On the back of the brick there’s a USB 3.0 port and optional DC power plug for 3.5″ SATA drives. 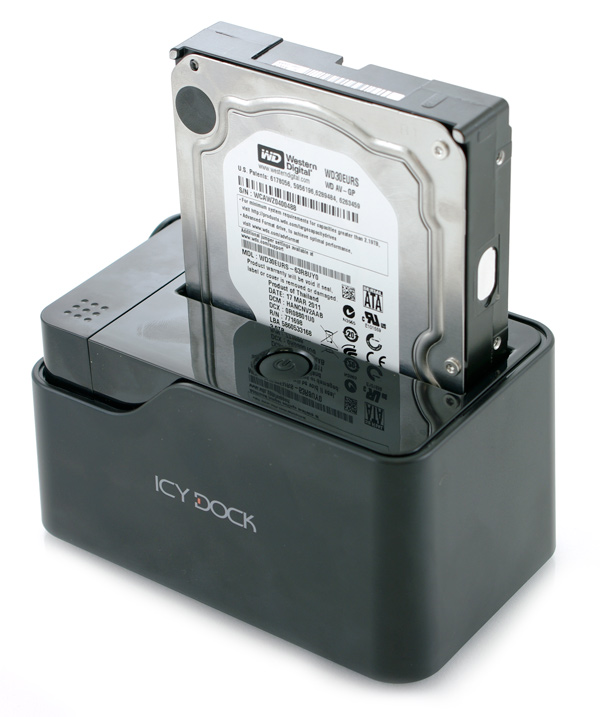 The dock gets a lot more interesting though when you flip it over. Underneath is basically the brain of the unit, a module which can be ejected for use with IDE drives. On two sides there are interfaces for 2.5″ and 3.5″ IDE drives and on a third side the DC input and USB 3.0 port. The top of the unit also has the four-pin power connector for IDE drives, a power/activity status light and the SATA connector which is used when inserted back into the dock or in this stand-alone module mode as Icy Dock calls it. In fact, you could get rid of the brick altogether and just use the tiny module, though the brick does add drive stability and is probably a better option if it’s going to be used frequently for SATA drives. 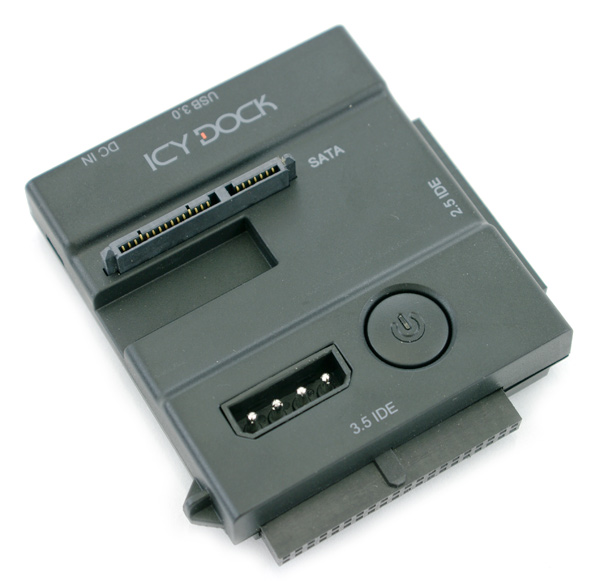 In use the dock works exactly as you’d expect. Slotting both 2.5″ and 3.5″ drives in and out of the dock is simple enough. The only hang up is when you try working with 2.5″ drives that are smaller than the 9.5mm standard drive height. 12.5mm drives slot in just fine, folding down the 2.5″ and 3.5″ dust cover, but sometimes the 7mm form factors take a little more work to line up. It’s hard to fault Icy Dock for this, there aren’t that many 7mm drives in the market, making the need for a three part dust cover a bit ambitious for a product of this nature. 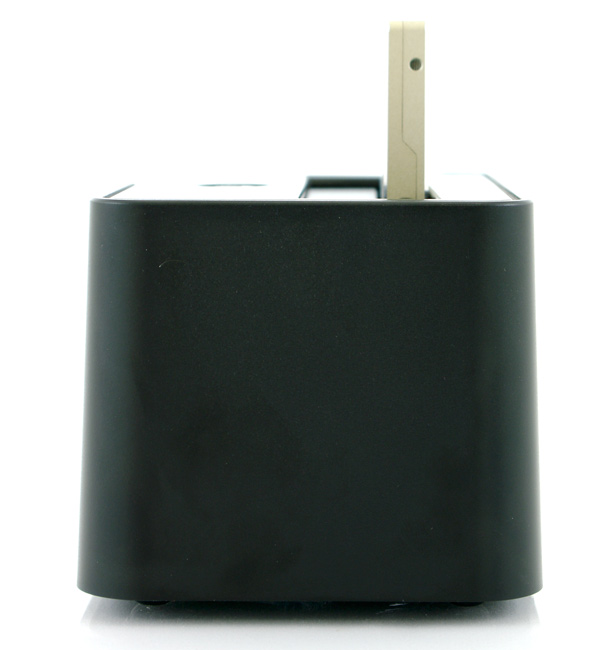 Icy Dock has used a USB 3.0 port for getting data on and off the connected drives. For some who work with SSDs a good deal, an eSATA port might have been welcome and Mac users would love to have had FireWire, but USB 3.0 gets the job done. As noted, USB 3.0 can power 2.5″ drives, which means a single cable on your desk if that’s all you work with. 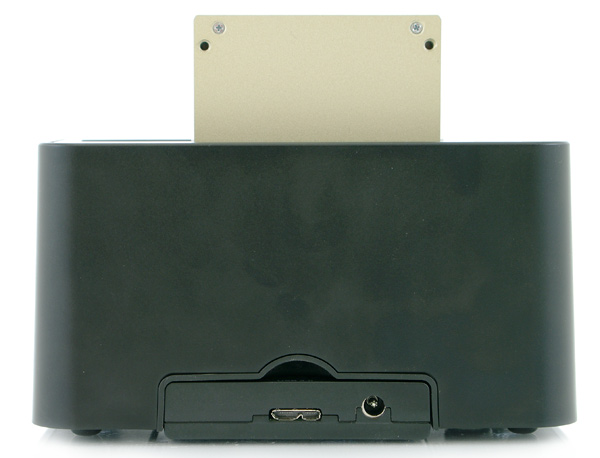 In terms of performance the USB 3.0 port held up well for both SATA 3.0Gb/s and 6.0Gb/s SSDs. Using an assortment of drives on hand we found the interface to max out around 180MB/s read and 155MB/s write. We didn’t see any huge gap between 3.0 and 6.0Gb/s devices, since both could saturate the USB 3.0 connection without a problem.

Icy Dock used a good design to make it easy for users to quickly load and mount drives for use over USB 3.0. While most consumers have long been on SATA drives, the long-neglected IDE market gets some love too with this dock. The $55 street price puts the MB981U3-1SA securely on the high-side of the pricing spectrum for drive docks, but the bottom line is the unit is built well, does what it’s supposed to and offers support for both SATA and IDE drives, something that’s a bit of a rarity any more.