The Kingston A1000 is a high-performance, budget NVMe SSD that uses the standard M.2 2280 form factor with a PCIe Gen3 x2 interface. While there are higher-performance options available now such as the KC1000, which was the company’s first dabble in the PCIe NVMe market, the A1000 is more in line with Kingston’s usual budget-friendly, price per performance storage products.

The Kingston A1000 is a high-performance, budget NVMe SSD that uses the standard M.2 2280 form factor with a PCIe Gen3 x2 interface. While there are higher-performance options available now such as the KC1000, which was the company’s first dabble in the PCIe NVMe market, the A1000 is more in line with Kingston’s usual budget-friendly, price per performance storage products. 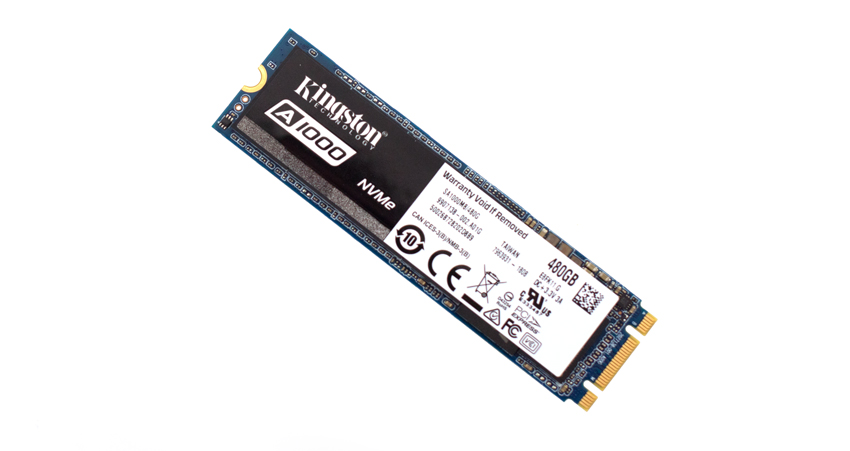 Leveraging an 4-channel Phison E8 controller, the consumer-grade drive features 4 cores and enough DRAM to satisfy end-users who work with HD video production and is ideal for PC enthusiasts and gamers. The A1000 also uses Toshiba’s 256Gb BiCS 3D TLC NAND. The A1000 is quoted to deliver upwards of 1,500MB/s and 1,000MB/s in sequential reads and write, respectively, and 120,000 IOPS 100,000 IOPS in random reads and writes.

Available in capacities of 240GB, 480GB and 960GB, the A1000 is backed by a limited five-year warranty and the company’s comprehensive tech support.

The Kingston A000 is of the M.2 form factor and, like all drives of this kind, can be installed in a PCI Express socket via the M.2 2280 or the half-height, half-length add-in card for more flexibility when building a system. 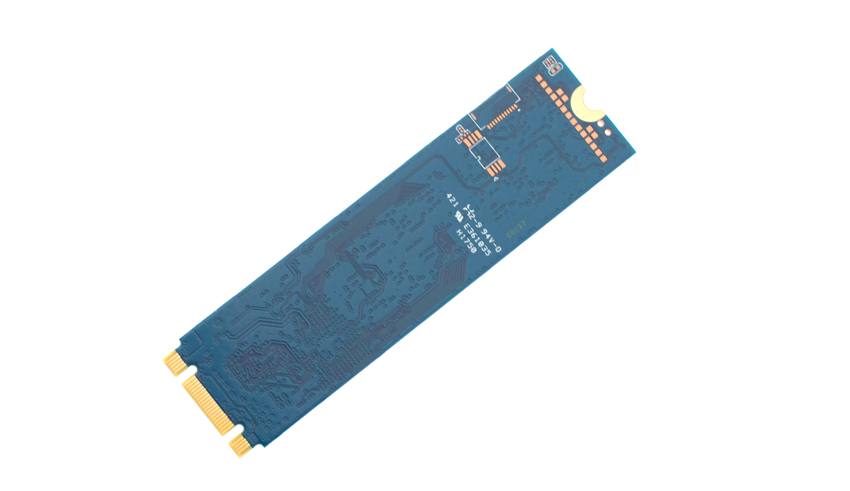 The NAND packs and controller resides on one of the sides of the SSD, the former of which is covered by a sticker that displays the usual certifications. The other side is a blank, blue PCB.

Looking at the performance of rendering time (where less is better), the Kingston drive ranked at the bottom of the chart. It recorded 4,759.6ms, which is significantly higher in time compared to the next best drive. 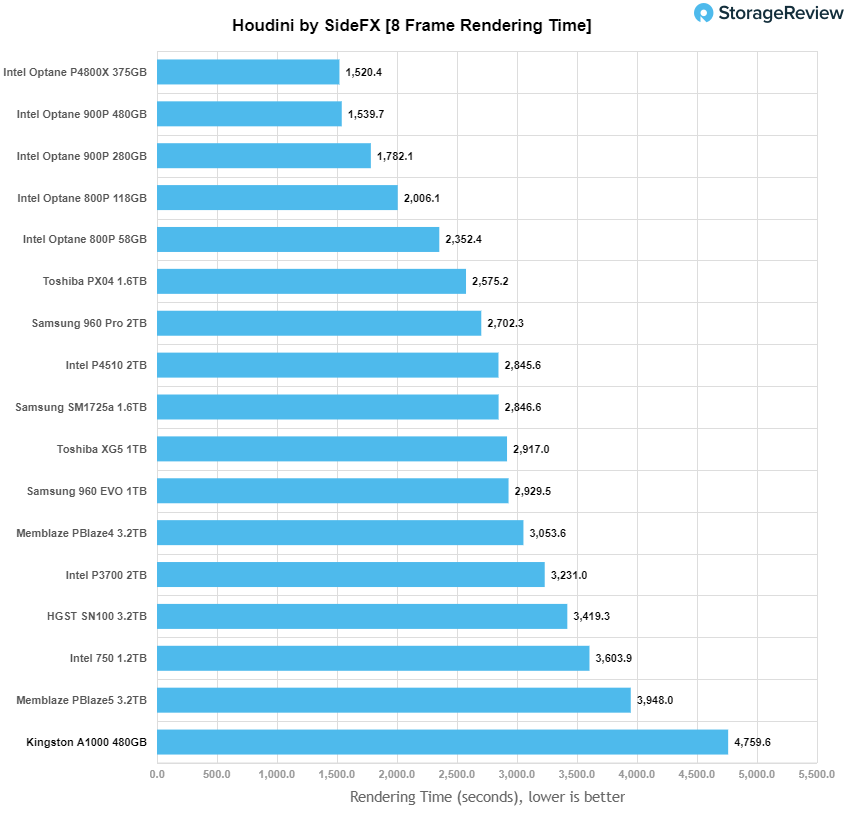 When looking at SQL Server Output, the A1000 drive recorded mid-range performance of 3,142 TPS.

In average latency, the A1000 again placed in the lower-middle part of the leaderboard with 31ms; though it was much slower than the next best performing drive.

In our first VDBench Workload Analysis, we looked at random 4K read performance. Here, the A1000 was able to maintain sub-millisecond latency throughout the test, peaking at around 197,900 and 645μs. These results were well below the other tested SSDs.

In random 4K write performance, the Kingston A1000 was able to maintain sub-millisecond latency only until roughly 62,631 IOPS. The drive started hit 3.1ms in latency at the 41,256 IOPS mark, but then shot down to 2.24ms at the end of the test. Again, these were poor numbers compared to the other drives.

Next, we looked at our VDI benchmarks, which are designed to tax the drives even further. These tests include Boot, Initial Login, and Monday Login. Looking at the Boot test, the A1000 hit a latency spike around the 48,778 IOPS mark, while having a peak IOPS at 52,040 IOPS at 657μs.

For the final VDI Monday Login, the A1000 had decent performance until it hit the 13,370 IOPS, where it continued its trend of having a severe latency spike, this time reaching 3.1ms; the rest of the drives didn’t surpass the 0.5ms mark.

The Kingston A1000 is an NVMe consumer SSD that uses the M.2 2280 form factor and comes equipped with an 4-channel Phison E8 controller. Consumers that don’t have an M.2 slot available can populate it inside a half-height, half-length add-in card. It comes. This budget-grade NVMe consumer SSD that, as you saw from the charts above, got easily overwhelmed when compared to higher-end drives. This was expected, of course.

Looking at the details of its performance, we start at our test/dev SQL server benchmark where the A1000 recorded 3,142 TPS and a latency of 31.0ms, both of which landed at the lower mid part of the leaderboard. During our VDBench test, the new Kingston drive had entry-level performance in our 4k random read (maintained sub-millisecond latency throughout the test, peaking at around 197,900 and 0.645μs.and 3.53ms of latency) and 64k sequential read (maintained sub-millisecond latency until roughly 9,000 IOPS while peaking at 11,084 IOPS or 685.3MB/s). The rest of the VDBench and VDI benchmarks saw more of the same, placing the A1000 well behind the other tested SSDs.

Though it revealed underwhelming numbers, Kingston’s new budget-friendly PCIe NVMe drive performed as expected. Kingston doesn’t make any bold performance claims with the drive, marketing the A1000 as a new drive targeted at mass market consumers who simply want to upgrade their system. In that, they succeeded. The A1000 goes for just $220 for the 480GB model, which is just slightly less than the much higher performing Samsung 960 EVO. With a more aggressive price point once it’s been out a while, the A1000 will be a more attractive option and should have enough performance to handle most lightweight end user workloads.

The Kingston A1000 is an affordable NVMe drive and has potential for those looking to upgrade their system for light workloads without breaking the bank.