written by StorageReview Enterprise Lab May 4, 2019

The Kingston DC500R, announced in mid-March of this year, is an enterprise-grade SSD, ideal for read-intensive applications such as server boot, web serving, virtual desktop infrastructure, operational databases, and analytics. This 2.5” form factor SSD is optimized for read-intensive applications and is the first to implement Kingston’s strict QoS requirements to ensure predictable random I/O performance and low latencies over a wide range of read and write workloads.

The Kingston DC500R, announced in mid-March of this year, is an enterprise-grade SSD, ideal for read-intensive applications such as server boot, web serving, virtual desktop infrastructure, operational databases, and analytics. This 2.5” form factor SSD is optimized for read-intensive applications and is the first to implement Kingston’s strict QoS requirements to ensure predictable random I/O performance and low latencies over a wide range of read and write workloads. 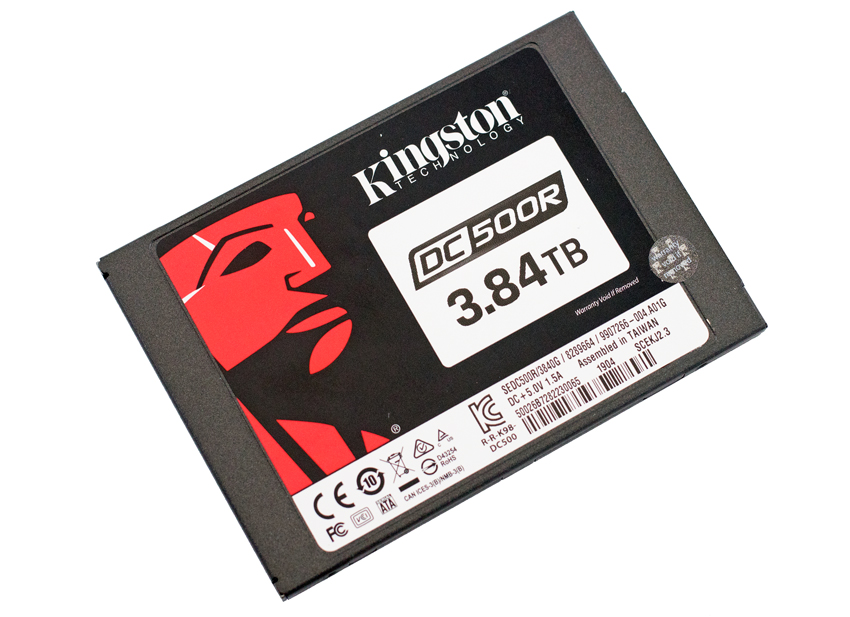 Built on 3D TLC NAND technology, this Kingston DC500R comes in 480GB, 960GB, 1.92TB, and 3.84TB capacities, providing more economical choices for companies looking to spend a little less money or for those that just don’t require a higher capacity drive. In this review, we’ll be looking at the 3.84TB drive, which is quoted to have sequential read and write speed of 555MB/s and 520MB/s, respectively, as well as steady-state 4K read and write speeds of 98,000 IOPS and 28,000 IOPS respectively. It should be noted that Kingston also offers the DC500M within this family, which is targeted toward mixed workload use cases. 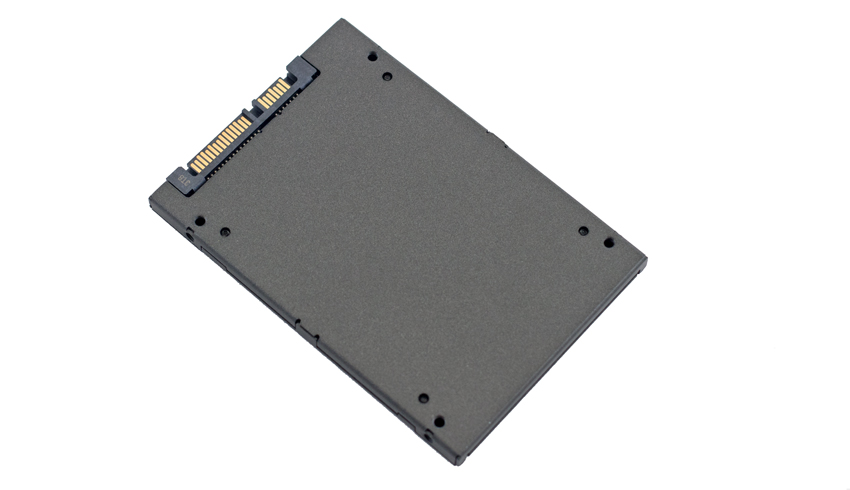 In order to understand the performance characteristics of enterprise storage devices, it is essential to model the infrastructure and the application workloads found in live-production environments. Our benchmarks for the Samsung 883 DCT are therefore the MySQL OLTP performance via SysBench and Microsoft SQL Server OLTP performance with a simulated TCP-C workload. For our application workloads, each drive will be running 2-4 identically configured VMs.

For our SQL Server transactional benchmark, the Kingston DC500R barely fell behind the Samsung 883 DCT, posting a total of 6,290.6 TPS.

A better indication of SQL Server performance is latency compared to TPS. Here, we see the Samsung 860 DCT and the Kingston DC500R tie for second, showing 26.5ms.

With the Sysbench transactional benchmark, the DC500R fell behind the other drives, showing 1,680.47 TPS. 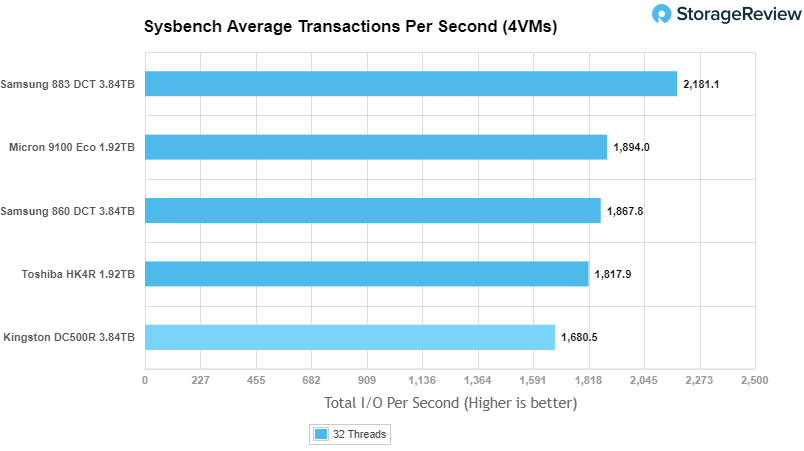 Sysbench average latency also had the DC500R at the bottom of the pack with 76.2ms. 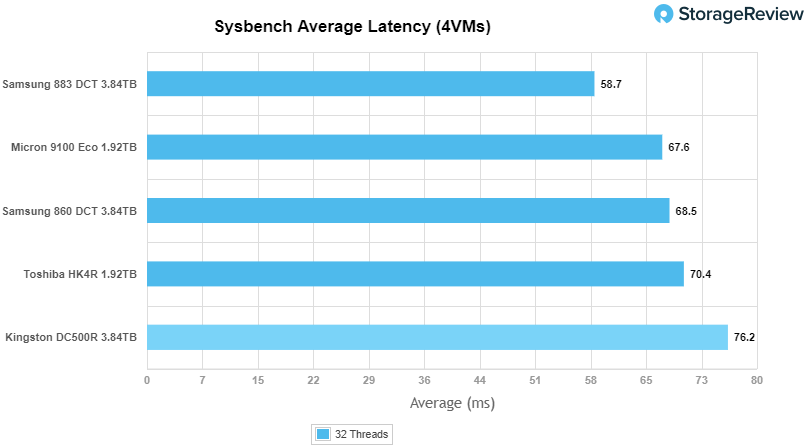 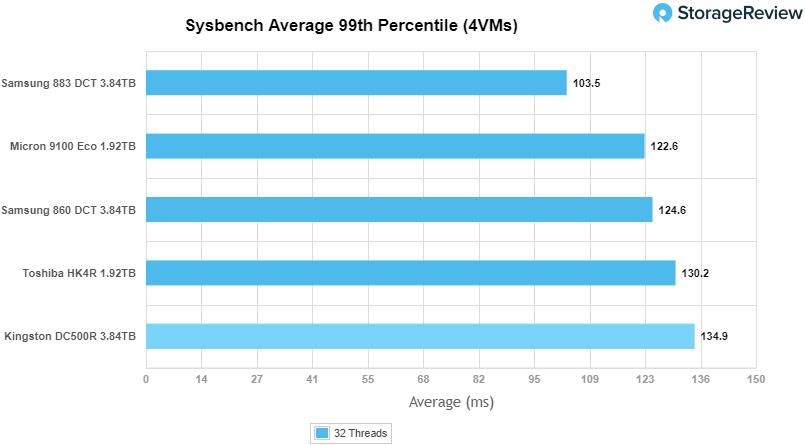 In our first VDBench Workload Analysis, Random 4K Read, the Kingston DC500R had impressive performance figures, staying under 1ms latency until nearly 80,000 IOPS, and went on to a peak performance of 80,209 IOPS with a latency of 1.59ms.

With Random 4K writes, all of the drives had nearly identical results, posting a bit over 63,000 IOPS with a latency of 2ms.

Switching over to sequential workloads, we first look at our 64K read test. Here, the Kingston drive had sub-millisecond latency until around 5,200 IOPS or 325MB/s. The drive peaked in second place at 7,183 IOPS or 449MB/s with a latency of 2.22ms.

With sequential writes, the Kingston drive had the overall best performance, keeping sub-millisecond latency until around 5,700 IOPS or 356MB/s, going on to peak at 6,291 IOPS or 395MB/s with a latency of 2.51ms.

Next, we move on to our SQL workloads where the Kingston DC500R was the only drive to exceed sub-millisecond latency in all three tests. Here, the DC500R had a peak performance of 26,411 IOPS and a latency of 1.2ms.

Moving on to Oracle workloads, the DC500R found itself in last again, but was able to maintain sub-millisecond latency in two out of three tests. For the first test, the Kingston had a peak performance of 29,098 IOPS with a latency of 1.18ms.

Next, we switched over to our VDI clone test, Full and Linked. For VDI Full Clone Boot, the Kingston drive continued holding last with a breaking sub-millisecond latency at around 12,000 IOPS and peaking at 16,203 IOPS with a latency of 2.14ms.

VDI FC Initial Login saw the Kingston drive post some improvements, taking (a very close) second place. The drive maintained sub-millisecond latency up until around 11,000 IOPS and went on to peak at 13,652 IOPS with a latency of 2.18ms.

Switching over to Linked Clone (LC), the Kingston drive posted last in the boot test, breaking sub-millisecond latency at less than 6000 IOPS. The DC500R had a peak performance of 7,861 IOPS and a latency of 2.03ms.

VDI LC Initial Login had the drive jump back up to second place, however, with the drive barely breaking sub-millisecond latency at its peak, showing 7,950 IOPS at a latency of 1.001ms.

For our final test, we look at VDI LC Monday Login. Here, the drive maintained second with a peak performance of 9,205 IOPS and a latency of 1.72ms. The drive had sub-millisecond latency until about 6,400 IOPS.

The Kingston DC500R is the company’s latest SATA SSD designed for the enterprise. The DC500R is a 2.5” form factor SSD that comes in capacities ranging from 480GB to 3.84TB. The drive, which is built with 3D TLC NAND, is designed to blend performance and endurance, quoting 3,504 TB written for the 3.84TB model, sequential speeds up to 555MB/s read and 520MB/s write, and throughput going as high as 98,000 IOPS read and 28,000 IOPS write.

To test performance, we put the Kingston DC500R up against other popular SATA SSDs including Samsung’s 860 DCTand 883 DCT, as well as the Seagate Nytro 3530. The Kington DC500R was able to keep up with (and in some cases, outperform) these drives. In our application workloads the Kingston DC500R performed well in the SQL Workload, with a second overall TPS performance of 6,291.8 keeping up with a lower latency profile at 26.5ms. Migrating to our Sysbench workload with a heavier write profile though, the DC500R slipped and fell to the back of the pack with 1,680.5 TPS, an average latency of 76.2, and a worst-case scenario latency of 134.9ms.

Overall, the Kingston DC500R SSD is an impressive drive in a class that is at times overlooked. As fun as high-performance NVMe and other technologies are, SATA drives still carry most of the water when it comes to server or storage controller boot duties, where reliability is critical. They also make for affordable in-server storage where capacity and price are key, along with all of the other TCO benefits SSDs offer over HDDs. For its part, the DC500R placed near the top of the charts in a many of our tests, when compared with other worthy drives. All in all, the DC500R is a good option for use cases that use the SATA interface and need a reliable, well-performing drive with good endurance and a range of capacities.