The Kingston KC2000 SSD is the company’s next generation M.2 NVMe drive that is geared toward power users. The drive leverages 96-layer, 3D TLC NAND and the latest Gen 3.0 x 4 controller to deliver quoted speeds of 3.2GB/s read and 2.2GB/s write. With the drive’s performance and endurance, Kingston states it would be a good fit for desktops, workstation, and high-performance computing systems.

The Kingston KC2000 SSD is the company’s next generation M.2 NVMe drive that is geared toward power users. The drive leverages 96-layer, 3D TLC NAND and the latest Gen 3.0 x 4 controller to deliver quoted speeds of 3.2GB/s read and 2.2GB/s write. With the drive’s performance and endurance, Kingston states it would be a good fit for desktops, workstation, and high-performance computing systems. 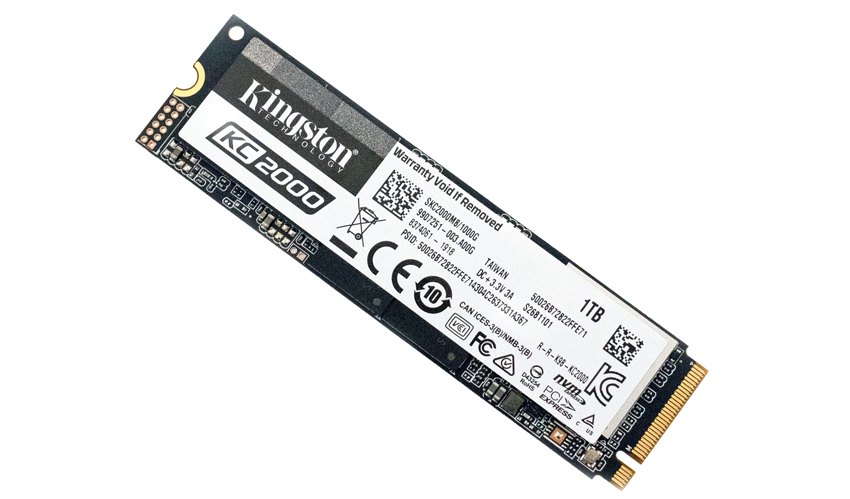 The KC2000 comes in a range of capacities from 250GB to 2TB. From a security perspective, the drive is self-encrypting and also supports end-to-end data protection through 256-bit AES hardware-based encryption. This encryption allows for the use of software vendors with TCG Opal 2.0 security management solutions such as Symantec, McAfee, WinMagic, as well as others. The drive comes with built-in Microsoft eDrive support for security for the use of BitLocker. 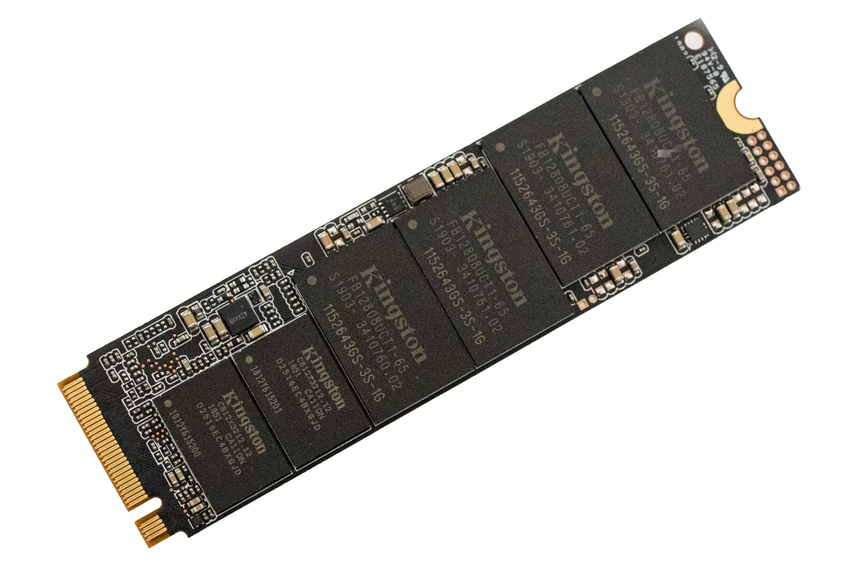 The Kingston KC2000 SSD can be picked up for as little as about $60 for the 250GB model. For this review we will be looking at the 1TB model.

Looking at the performance of rendering time (where less is better), the Kingston KC2000 did fairly well coming in third of the non-Optane drives with 2,595.3 seconds. 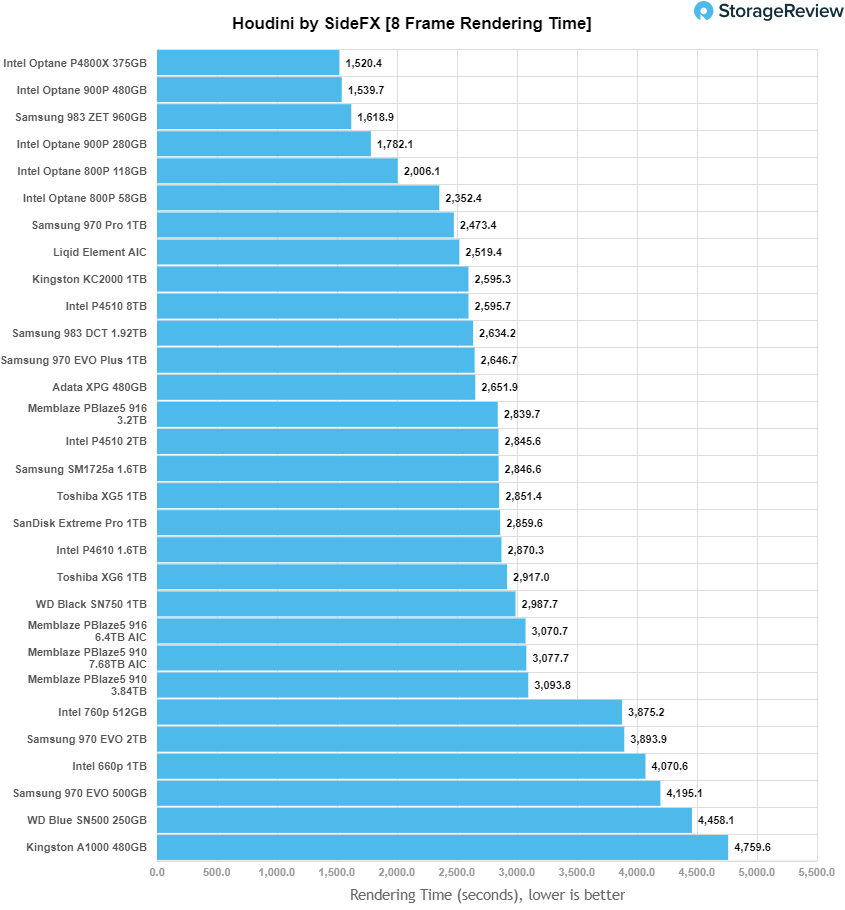 In our first VDBench Workload Analysis, we looked at random 4K read performance. Here, the KC2000 started in the back of the pack and stayed there with the highest latency and lowest performance. The drive peaked at 314,768 IOPS with a latency of 405.5μs.

With 4K random write the KC2000 fared better coming in fourth in terms of I/O performance of 193,475 IOPS, but stayed at a higher overall latency.

Switching over to sequential workloads in our 64K benchmarks, the KC2000 once again had the lowest peak performance (though it started off second to last) with 17,076 IOPS or 1.07GB/s with a latency of 937.1μs.

Next, we looked at our VDI benchmarks, which are designed to tax the drives even further. These tests include Boot, Initial Login, and Monday Login. Looking at the Boot test, the KC2000 was second to last with a peak performance of about 85K IOPS and a latency of 390μs before dropping off some.

Kingston has released the next generation of its M.2 NVMe SDD with the KC2000. The drive leverages 96-layer, 3D TLC NAND and the SMI 2262EN controller to deliver performance needed by power users. The drive comes with a 5-year warranty and in several capacities including 250GB, 500GB, 1TB, and 2TB. The drive comes with a variety of security features including self-encryption and 256-bit AES hardware encryption. The drive is aimed at desktops, workstations, and HPC users and starts at $60 for the 250GB model.

From a performance perspective the drive was middle of the road to lower end with a weakness being low-latency performance. In our Houdini test the KC2000 really shined, coming in third after the Optane SSDs. The drive’s VDBench performance was a bit more mixed. Highlights include 315K IOPS in 4K read, 193K IOPS in 4K write, 1.07GB/s read in 64K, 1.09GB/s write in 64K, 85K IOPS for VDI Boot, 45K IOPS in VDI Initial Login, and 39K IOPS in VDI Monday Login. While total bandwidth or I/O speed ranked average, it had an overall higher starting latency than many of the drives we compared it to.

For those looking for a cost effective NVMe SSD, the Kingston KC2000 would make a fine choice. Its not the strongest performer in this category, but the lineup is also dominated by some incredibly strong options that can be considerably more expensive. The KC2000 will be more of a cost-play for most buyers, where performance expectations are in line with the user’s needs.